The term superfood is bandied about these days at the drop of a trending hat. It seems almost every week another edible item containing antioxidants has launched its way onto the superfood ranks promising all manner of health benefits from curing cancer to avoiding dementia.

The devil, of course, lies in the detail. A healthy balanced diet will almost certainly contain most of the vital nutrients we all need to keep our bodies working as well as they can. So, arguably, simply ingesting more of anything just because it’s loaded with antioxidants will probably be disposed of naturally every day just as quickly.

However, there has been some recent excitement in the scientific world concerning a particular antioxidant called anthocyanin. This is a naturally occurring plant pigment that gives certain fruit and vegetables their deep purple colour. Fruits such as blueberries, blackberries, and blackcurrants and to a lesser extent, vegetables like red cabbage and aubergines. Blueberries have almost legendary status on the superfood scale because of their high levels of vitamin C and antioxidants. But it is only recently that tests have shown, their high levels of anthocyanin  – their purple pigment – can have a positive effect on slowing brain ageing by improving blood flow. 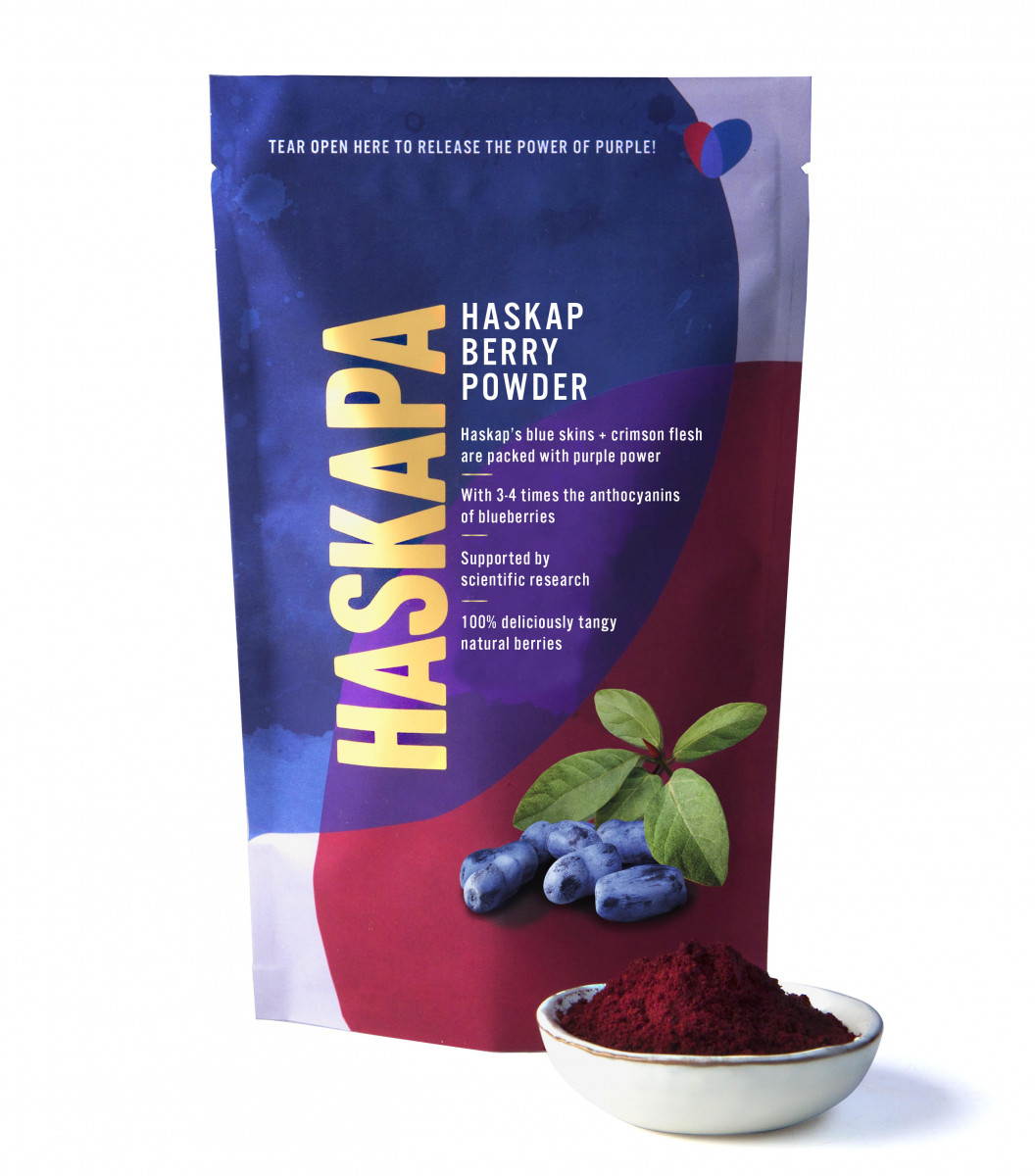 Cue Japan, which is one of the world leaders in life longevity. It seems the Japanese have long been admirers of anthocyanin-based foods, and particularly berries. They covet a purple berry called the haskap, so much so they nickname it “the elixir of life”. Translated as “little present at the end of a branch” or the edible honeysuckle as we call it in the West, it is said to be not only packed with anthocyanins but contains 3-4 times the amount found in blueberries.

Haskapa is a Canadian health food company founded by husband and wife team Simon and Evie. They have cultivated haskap berries for years on their 60-acre farm in Nova Scotia and in 2017 launched a freeze-dried version of pure purple haskap powder. Just a teaspoon full is the equivalent to eating a full handful of the berries. So after creating a market in Canada, they now distribute it worldwide as a simple additive to cereals, porridge, smoothies, and plain yoghurts.

Now I happen to adore blueberries and they have been in my breakfast bowl along with kiwi fruit for years. But here’s the thing. Like all of these good things, you need to eat a lot of them to utilise their potential benefits. Hopefully, my decades of intake have not been in vain. But having tasted Haskapa’s haskap berry powder, I’m not ashamed to say I now have divided loyalties. I mixed a teaspoon of it into a dollop of zero-fat plain yoghurt, and it transformed into a purple blob bursting with flavour. Notes of blackberry, raspberry, and wild blueberry but with a tartness that made it very refreshing. So I did what any sane person would do and added it to my morning bowl and got the best of both worlds. 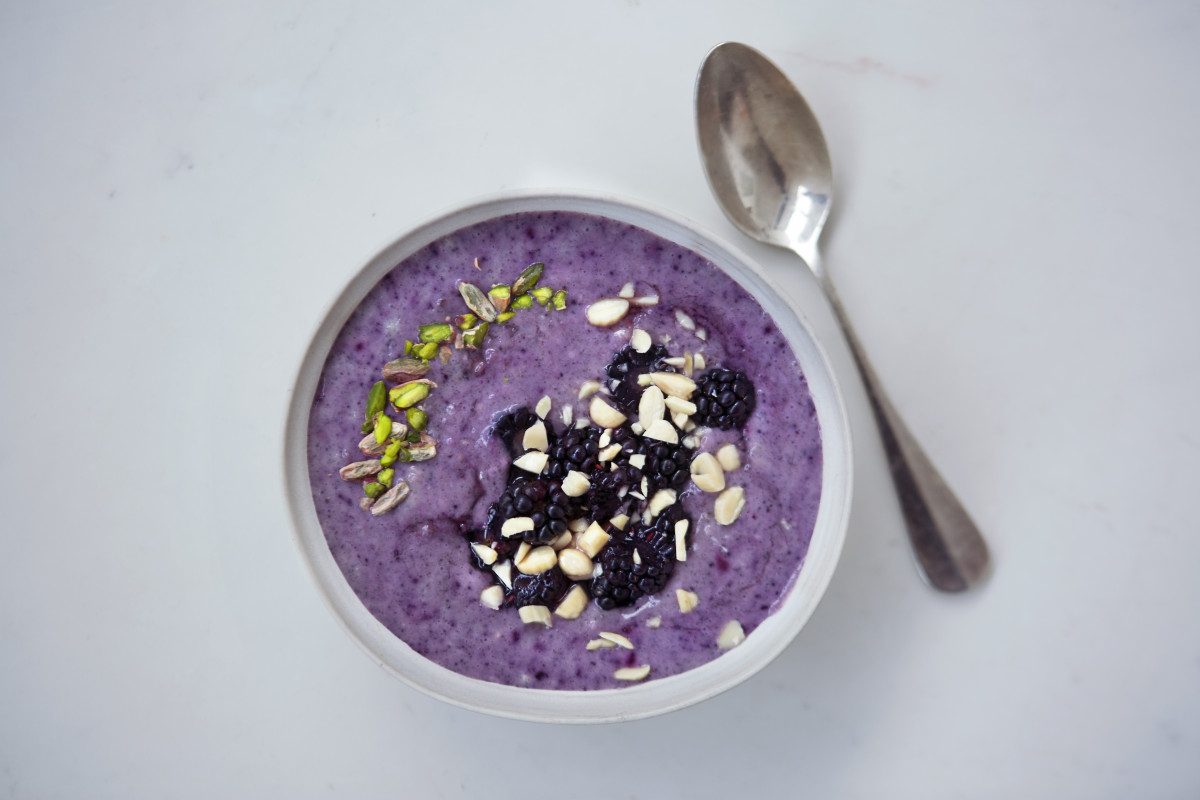 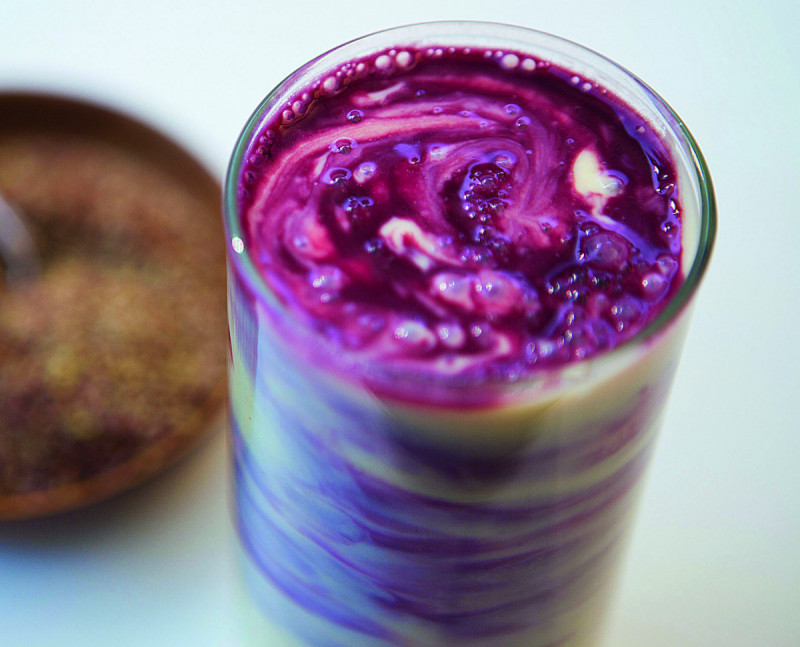 The tartness might not suit everyone, but I was very impressed. There’s also nothing added to Haskapa’s haskap berry powder; just pure freeze-dried haskap berries.

So is it right to call the humble haskap berry a superfood? I’ll let you know if I manage to join the Japanese centenary club. But if I don’t,  it won’t be for the want of trying. but I am a deep purple fan.

Available to order online at  haskapa.com 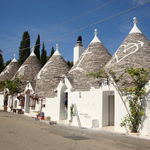 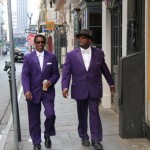