Maybe if E.M. Forster had stayed at the Hotel International au Lac in Lugano, Switzerland in those early years of the 20th Century, literary history may have been different.

A Room with A View may have looked out over the palm promenade adorning Lake Lugano rather than Florence’s River Arno. With Lugano’s Italian language, love of art and misty romantic vistas the story would have worked well.

The elegant Hotel International au Lac, with its Italian inspired facade opened in 1906, just before Forster published his novel. A new railway pass through the Alps had made Lugano a pleasant staging post for those following their own cultural grand tour through Zurich and thence on to Turin or Milan. 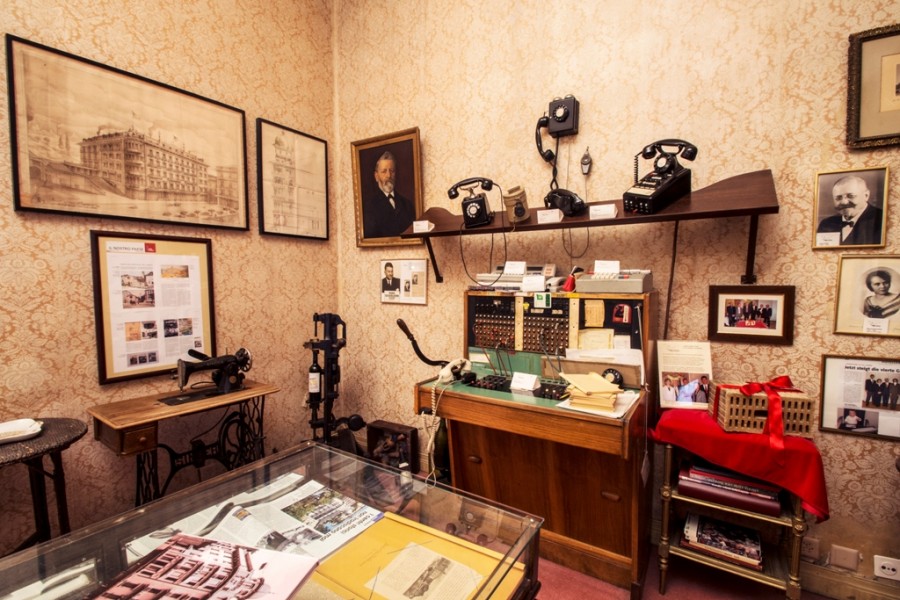 The Hotel stands at the end of the Via Nassa. Once fishermen set up stalls between the arches to sell trout from the lake. Today those arches are filled with designer shops. Lugano is Switzerland’s third financial city, consequently, the population have plenty of Swiss Francs to spend on art, clothes and good food: la dolce vita. That wealth has provided the Lugano Art and Culture Centre: a sophisticated but inclusive venue for art exhibitions, music and theatre. 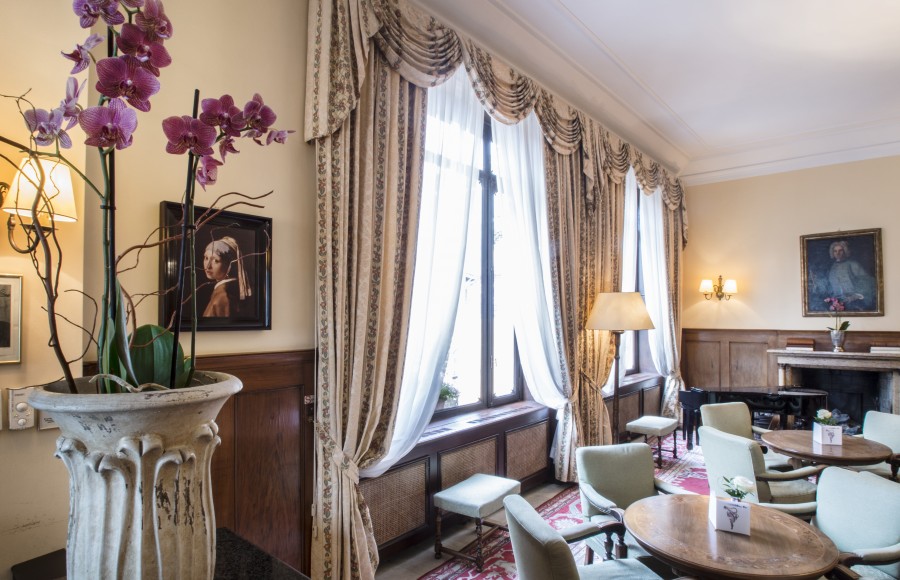 In 2016 a 57km tunnel through the Alps slashed rail journeys from Zurich to just two hours. Now Ticino, Switzerland’s southern canton, is less remote and welcoming more visitors. Folks from Zurich sometimes take a day trip to Lugano, enjoying spectacular views from the train, for a taste of the city’s Mediterranean lifestyle.

Sheltered by the Alps from biting northern weather, Lugano has a micro-climate often warmer than Milan. Lugano folk are still enjoying pasta and risotto al fresco in the central Piazza de Riforma through the winter months.

The Hotel International, recognised by UNESCO as a “Historic Hotel” celebrates La Belle Époque, the gold-gilded optimism of the 20th Century’s first decade. Whilst corporate cloned hotels run on a contemporary palette of shades of grey this Swiss Hotel opts for bold greens and browns belonging to a more assertive era. Room 221 has been restored to celebrate the elegance of that bygone age, furnished with Louis XVl style wood carved dark furniture and marble. 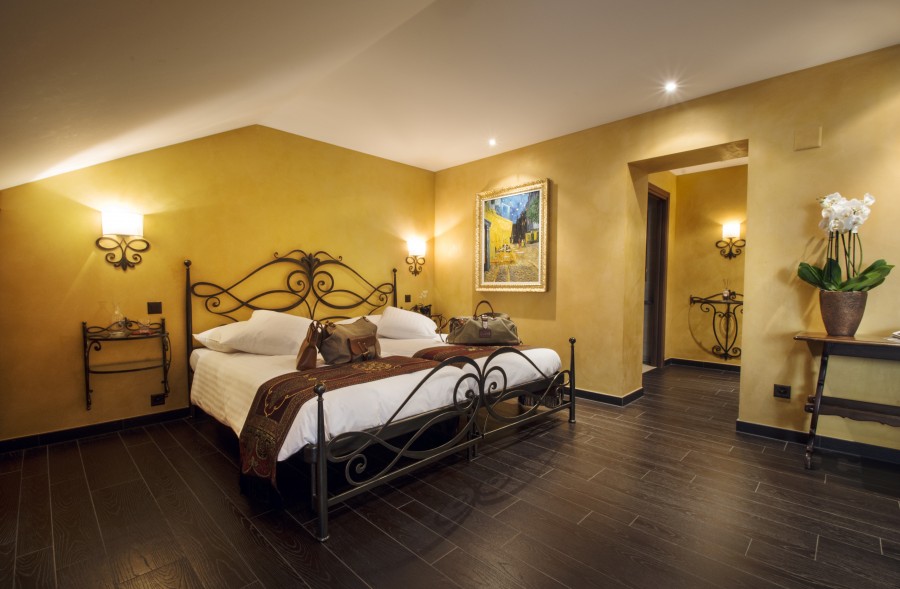 Fortunately, the bathroom facilities have moved on from the original 1905 provision of porcelain bowl, jug and towel. You can see these original lavatorial necessities in the Hotel’s Museum on the First Floor alongside telephone and cleaning equipment of the last 113 years.

For over a century the Hotel has been run by the Schmid family. Charming Roberto Schmid is the current manager. His great-grandfather built the hotel whilst his grandmother, who ran the hotel for 80 years created the Galleria Degli Amici, a gallery of paintings from her friends. 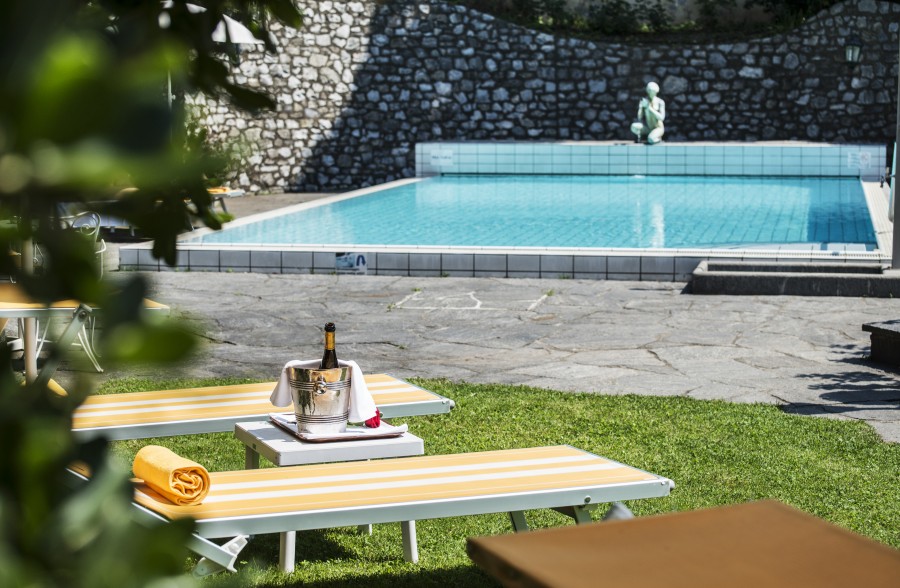 The Hotel is at the heart of Lugano. Rooms are small by modern standards and there is a planned absence of mod-cons (don’t worry the WiFi is strong) so the Hotel only attracts a 3 Star rating.

Yet there is plenty of room to relax in the spacious public areas recalling an age when bedrooms were literally for sleeping. Newspapers hang from hangers in the spacious bar and lounge that overlook the lake. There is a warm swimming pool sitting in the sun-trap that is on the upper level of the hotel’s mature gardens. 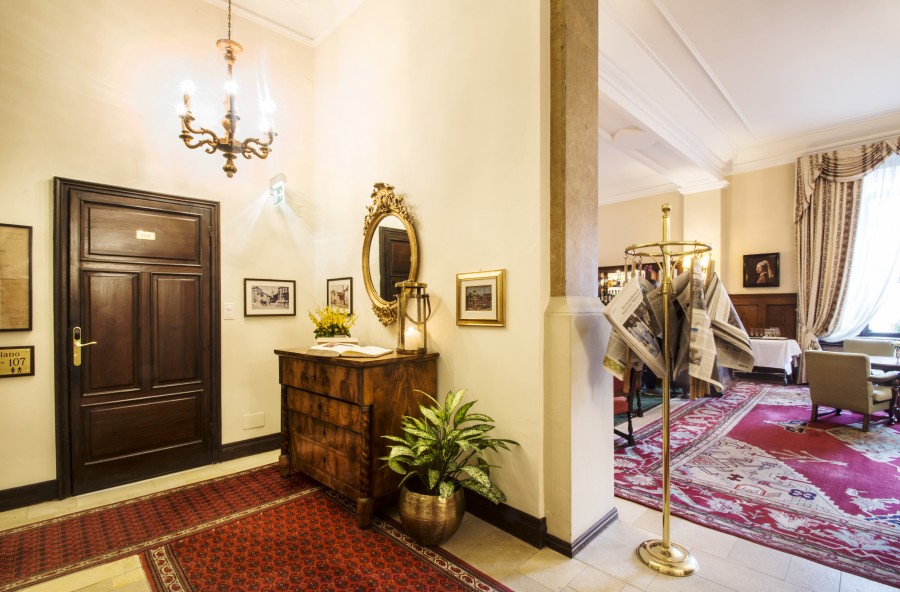 The journey to Lugano pushes it beyond weekend break range. But the Canton of Ticino has plenty to occupy visitors. Taking the Bernina Express Bus along the shoreline of Lake Como for lunch in Italy’s tiny city of Tirano makes for a spectacular day’s excursion. Alternatively, for a driving tour of Europe the Hotel has an underground car park where you can take a break from the wheel for a day or two.

Swiss Air fly to Zurich from a number of UK Airports

A Swiss Travel Pass will not only cover the 2-hour rail journey south to Lugano it also provides free use of Public Transport in most towns and cities as well as free admission to many museums.

Double rooms begin from around £150 including a breakfast buffet.

Copyright 2020 www.tripreporter.co.uk. All content and images unless otherwise specified cannot be used or reproduced without permission.