This is the first of a two-part story about Anthony’s first visit to India starting with a seven day coach tour in India’s Golden Triangle followed by four days in Shimla. India’s Golden Triangle refers to the three cities in the Northern third of India which have some of the most iconic sites and locations in the world including, of course, the Taj Mahal in Agra and others in New Delhi  and Jaipur.

Visually India is amazing and it’s not surprising that over many years the Tourist Board advertising has relied on stunning colour photography of many sights and scenes using minimal words and currently just the one:  “Incredible”!

For me this was a “double first” as it was also the first time I have been on a coach trip with an organised group.  As a newcomer to India I found that “coaching” round the three cities of India’s Golden Triangle was the ideal way to cover it.  The round trip is about 280 miles and everything was door to door from arrival at Delhi direct from London Heathrow, to site entrances with our driver coping with some the most manic traffic and driving I’ve ever seen.  A vast kaleidoscope of images and places including pretty girls with long flowing hair and gowns, side saddle on scooters just like Rome in the 1960’s. 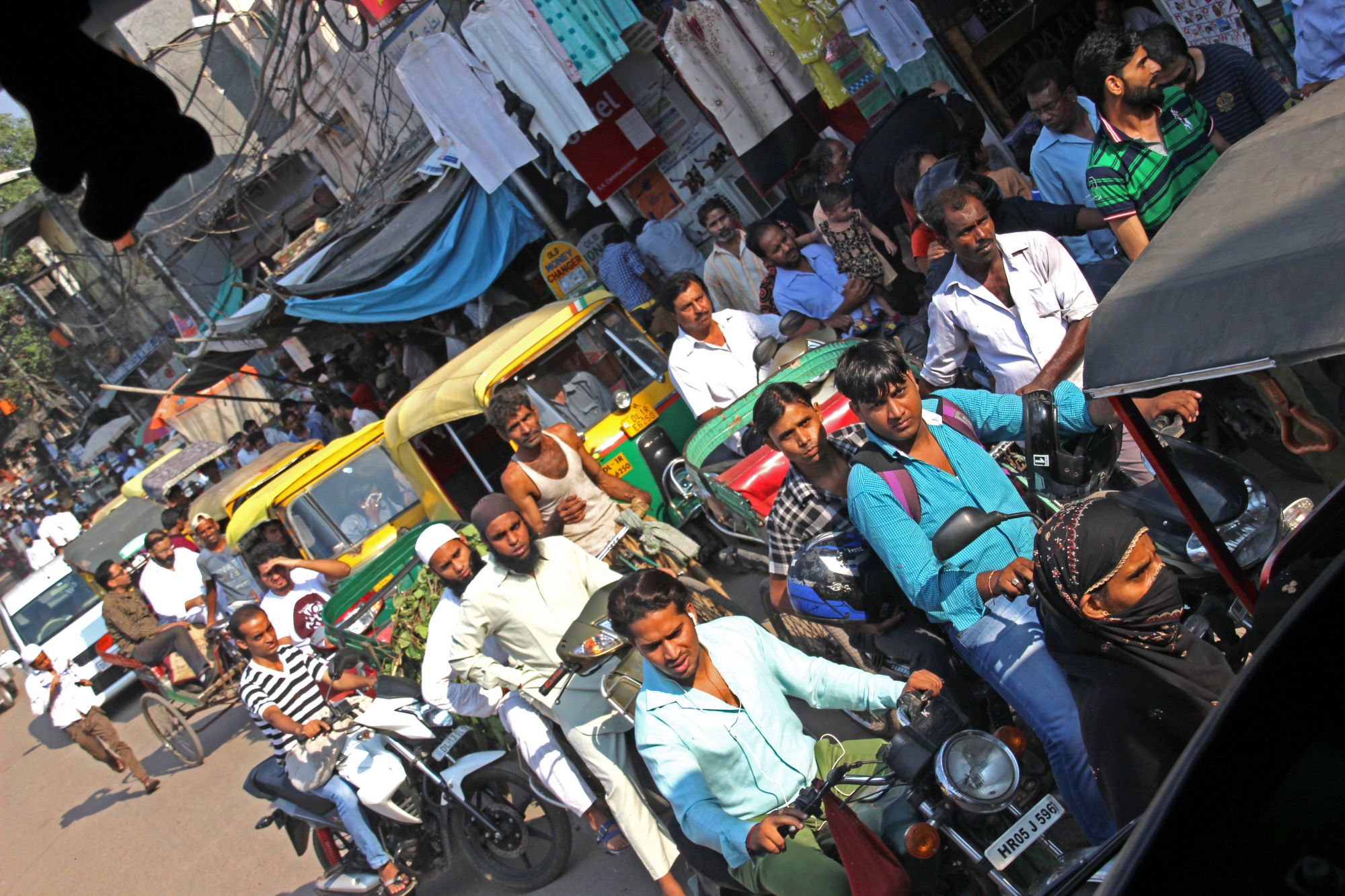 A crucial aspect of organised guided trips  is the quality of the guide. Our guide, Hamid Shah, always seemed to be supplying the right amount historical and cultural detail – neither too much nor too little – all delivered with a wry sense of humour and impeccable English. He kept us all on time and, on the road and booked ahead for pit stops with Western facilities for a light lunch and optional cold beers.  Not all these things are universally available.

As well as the forts, palaces, temples and gardens one can be immersed in a teeming mass of people particularly in New Delhi where the population has risen by around 700,000 in the last 12 months to just under 18 million. It has been estimated that there 51 births a minute in all India.   So “people watching” in the cities is  fascinating  with all the street markets, food stalls, ox carts and, of course, quite placid cows roaming around , some of which look as if they’ve been groomed.

Delhi succeeded Calcutta as the Capital in 1911  (renamed New Delhi after Independence in 1947)  and , away from the crowds,  there is a large area of wide roads, government buildings, gardens and a war memorial, the President’s House, Parliament House and the India Gate with plenty of sky with occasional small hawk like birds flying around. Sometimes described as the Lutyens area after the English architect Edwin Lutyens, who designed it in 1915, it’s ideal for a drive around in a coach.

Of course, there are other ways of getting around Delhi:  Hop-on Hop-off buses, cheap taxis with attractive day hire rates, and an extensive modern rail “Metro” overground   www.delhimetrorail.com   There are also Tuks Tuks and an abundance of rickshaws both pedal and motorised. 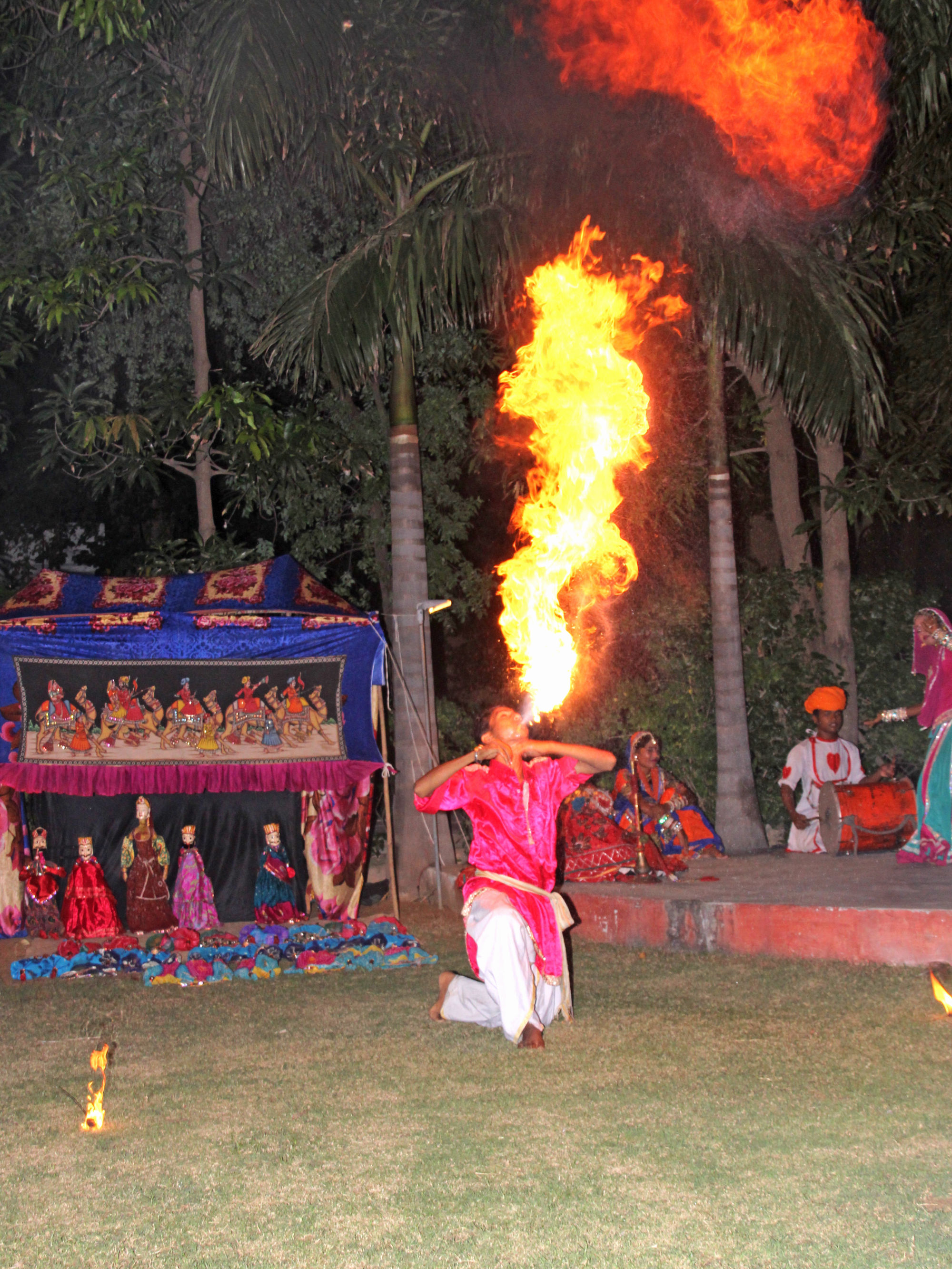 Chandni Chowk is both the main market place and a vast experience of everything in an Indian city.   First established in 1650 the area was divided by canals and includes temples, residential areas with some large mansions and halewis as well as the country’s largest wholesale and general street market with countless food stalls.  Provided you ask permission, people photography is no problem – you could visit Chandni Chowk every day for a month  and still find new images to grab.  Within the area is the most important Mosque in India the Jama Masjid.   To get in it’s necessary to park your shoes with a few hundred other pairs and men in shorts are issued, on loan,  a wrap round skirt to below the knees – yet another photo opportunity. 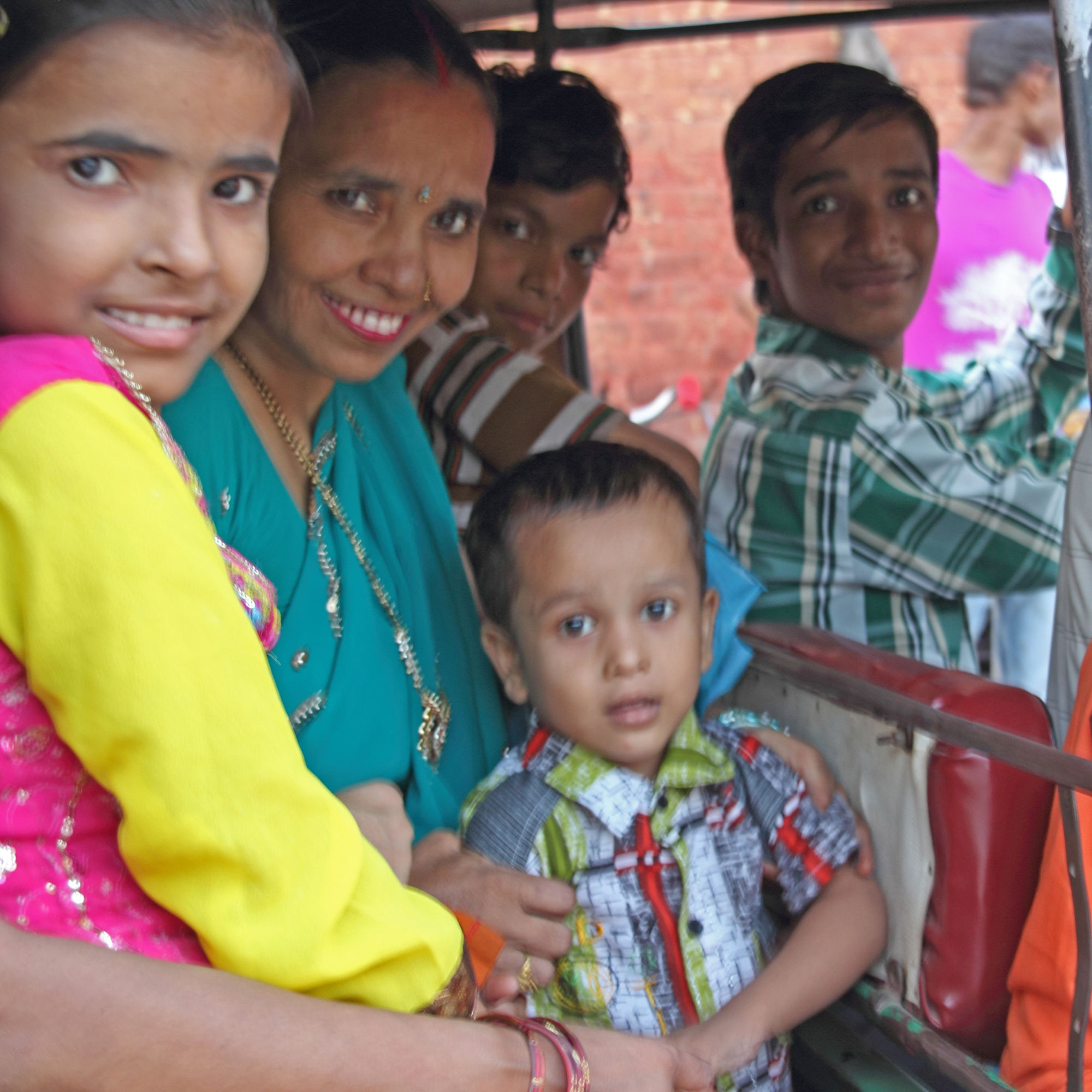 The B’hai Lotus Temple, completed in 1986,  is the seventh and most recent temple of the B’hai faith that embraces all religions.  The gardens and fountains provide a quiet haven after round the clock street life of the markets and manic traffic.  www.bahaihouseofworship.in

There’s a very different experience at the Kingdom of Dreams a nightspot near our hotel where Bollywood meets Las Vegas.   Extravagantly over the top: it includes a large theatre, casino, many food halls and mini-pavilions   One section is called Culture Gully under a vast blue sky starry ceiling. There’s a show business side to modern Indian culture – at least 20 films have been shot on location in Chandni Chowk.  www.kingdomofdreams.in