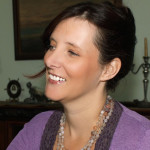 Rebecca is a British travel writer and author who lives in Greece, gaining inspiration from the beauty of the country and the people and gastronomy. In addition to maintaining her own website, Life Beyond Borders, she is also a guidebook updater for Rough Guides — updating editions of Rough Guides to Greece and the Greek Islands as well as Portugal. She writes for a variety of international travel media including the Daily Telegraph and various inflight airline magazines including features in Ethiopian Airlines and hotel and restaurant reviews for easyJet. Her debut novel ‘Girl Gone Greek’ – a semi-fiction travel memoir has been written into a film script, winning Best Feature Fiction Script at the 2018 London Greek Film Festival and Best Feature Fiction Script at the 2020 Santorini Film Festival.

View all stories by Rebecca