When I was asked if I wanted to visit Chernobyl on my trip to Ukraine, I thought it was some sort of joke. I kept thinking of the Sex Pistol’s song “Holidays in the Sun” and wondered if I might be putting myself at risk of radiation poisoning.

The nuclear accident in 1986 was the worst in history and since then the reactor has been surrounded by a 30km exclusion zone, where people are not allowed to live. However some “resettlers” have crept back, mainly old people returning to their previous homes, unworried by the threat of radiation sickness as they’re nearing the end of their lives.

Strange as it may seem, Chernobyl is now becoming a major tourist destination with over 25,000 visitors last year. Most people do a one day trip but you can stay longer if you want. Clothing rules are strict – cover all exposed parts of your body so wear long sleeves and no skirts, shorts or sandals. A number of companies run tours from Kiev, around two hours away, and I set off with SoloEast, in a small minibus. On the way to the site, I watch videos of news reports about the disaster, along with recent documentaries, to understand what happened there. 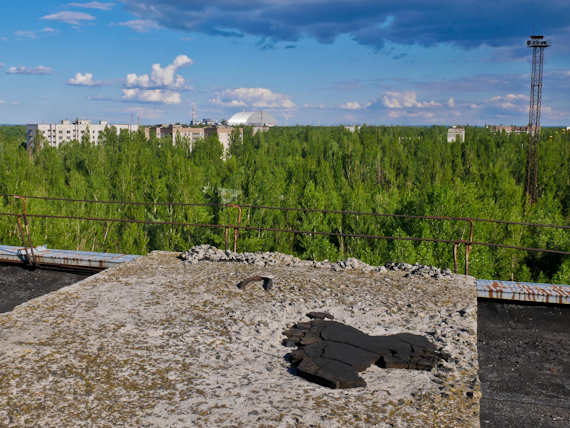 You have to give passport details some days in advance and, at the first checkpoint, the limit of the 30km exclusion zone, armed soldiers check your documents before you’re allowed to proceed. Photography is forbidden but after a rather long wait, we’re waved through. Our guide has a Geiger counter and allows us to check radiation levels for ourselves but it remains normal. Emerging from the forest is the village of Chernobyl, here before they built the reactors, but still over 10kms away. We pull into a rather dour soviet style hotel, where you can stay the night but we’re only stopping for lunch. The rules stipulate that their food must be supplied from outside but strangely I’m not hungry.

We get back on the bus and arrive at the Leliv checkpoint, at the edge of the 10km zone. This is where radiation levels are elevated, but it’s limited to what they call “hot spots”. The orders are not to touch anything, and not to linger if the Geiger counter starts going off the scale. The first stop is at a colossal mesh radar array, 120m high, and known in the West as the Russian Woodpecker. It was designed as an early warning system to spot incoming missiles but the irony is that the nuclear attack came from within. The authorities were woefully unprepared and the first fire fighters arrived in their shirt sleeves, kicking at the burning fuel rods with their boots. 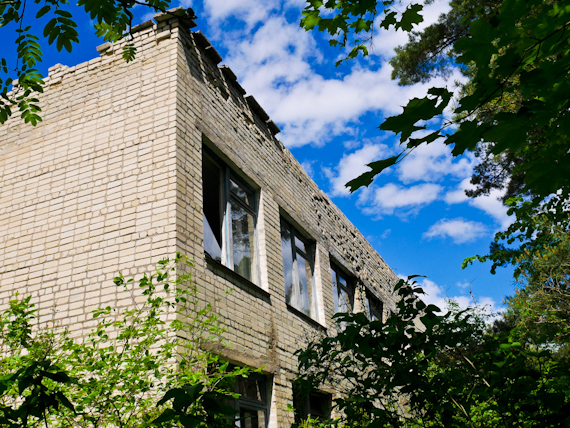 The small settlement of Chernobyl-2 nearby, once housing 15,000, was built to service the tracking station and is now almost lost in the forest. Unlike the high security at the checkpoints, once you’re inside you can wander around at your own risk.  I stumble through the vegetation, finding a deserted apartment building, and climb the stairs. Decaying furniture is the only sign of human habitation and there’s an eerie piano shedding its keys. This is no curated museum, but a living memorial to the disaster.

Perhaps the most chilling site is the school, a grim snapshot of that fateful day in April 1986. It’s the modern equivalent of the Marie Celeste and in one of the classrooms I find a newspaper, dated two weeks before the disaster, open on a table. There’s a science lab with a collection of test tubes, a music room with gas masks resting on the piano and a geography classroom with posters on the wall depicting London. Ghoulish gas masks, Russian vinyl discs, and textbooks litter the floor and the gymnasium still has its parallel bars and vaulting horse. 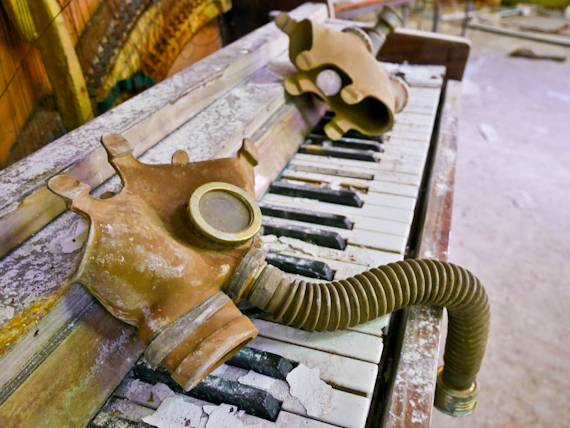 Radiation levels are low inside as there was a directive to close all the windows on the days after the fire. It’s still treacherous wandering around, picking a way through the broken glass and fractured woodwork. Nearby is a hotel, with most of its beds still intact, stacked together dormitory fashion. Plastic dolls sit on the window sills, almost deliberately placed to frighten. I’m reminded of that old joke about checking in but never checking out

Next stop is No. 4 Reactor, the source of the accident and shut down immediately, although the other three kept working for years afterwards. A wide waterway leads to the reactors, now full of giant catfish because nobody dares fish them. On a sunny afternoon, the place is strangely beautiful and the spanking new metallic cladding covering the reactor gleams in the sun. It’s designed to keep it safe for another 100 years although it’s going to be a problem for much longer than that. 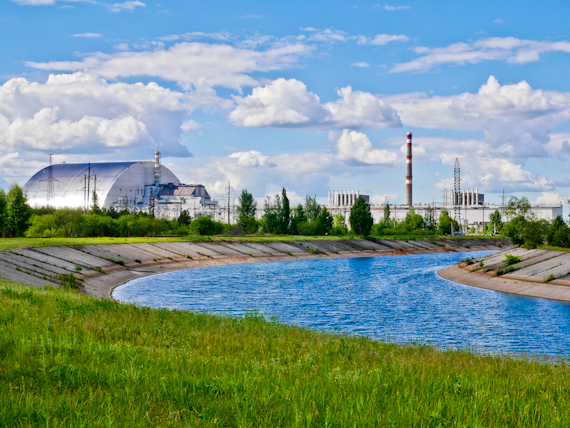 Pripyat is the town built in 1970 to house the 49,000 people who worked here and it’s slowly being swallowed up by the forest. It reminds me of those Mayan ruins hiding in the jungle and, as you wander around, huge tower blocks suddenly appear through the trees. A  Ferris wheel dominates the fairground, complete with abandoned dodgems. And empty spectator stands overlook what was once the football field.

I climb up thirteen floors of a tower block to get an overview. Deckchairs still perch on the roof where residents watched the reactor burn as they downed their evening vodkas. The people who lived here came from all over the Soviet Union, picked from the brightest and best of scientists and they were looking forward to a bright future. Of course they were all evacuated and many of their children were either aborted or born with horrible handicaps as a result of the radiation. 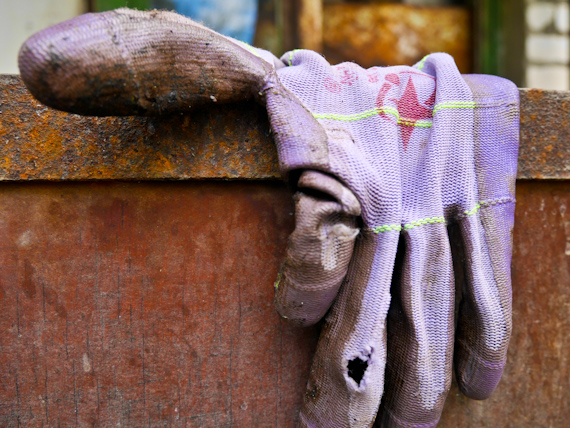 Finally I visit the hospital, the place where the consequences of the disaster became apparent. Ruined operating theatres lie primed for use and empty wards still have their beds. At the entrance, lying on a table, are a pile of towels. My guide points the Geiger counter and it goes off the scale. This is definitely a “hot spot” – she suggests that they could have been used to swab down firefighters, brought here on that fateful day.

The bus is strangely quiet as we make our way back to the checkpoint at the edge of the 10km zone. Here you have to pass through an automatic screening system designed to check for radiation levels. If the alarm goes off you have to surrender your clothes or your camera. There are no alerts but I’m not entirely convinced the system is working.  When I get back to the hotel in Kiev I find the soles of my shoes encrusted with earth. Warily I dump them in the shower and scrub off the mud. When I turn off the light, I can’t resist looking back to see if there’s any afterglow.

Tell me more about Chernobyl for the weekend

SoloEast can arrange tours of Chernobyl from Kiev.

Ryanair will start direct flights to Kiev in October.

Ibis Kiev City Center makes a good base in Kiev. 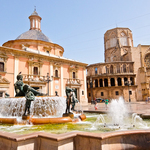 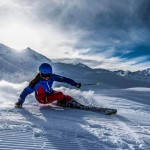