“To the Manor Born”, jokes my companion. With a grinding of gears (well it was a rather sharp turn) we enter the wide gates and sweep up a long imposing driveway towards one of Ireland’s still intact grand demesnes.

He was harking back to the vintage British TV sitcom starring Peter Bowles and Penelope Keith about aristocratic impoverished Audrey, resentful at giving up her ancestral home she has sold to nouveau riche millionaire and aspiring country gentleman Richard.

There is much about Lyrath Estate, a mile or two from Ireland’s smallest city, historic Kilkenny on the much-travelled ‘Ancient East’ route from Dublin south to Wexford that reminds me of this popular early 1980’s series.

Lyrath’s sylvan setting, extensive woodlands surrounding a lake and the gracious stone built mansion, are rather similar. I also spy a gate lodge though grander than the one to which Audrey was reduced on her former estate. 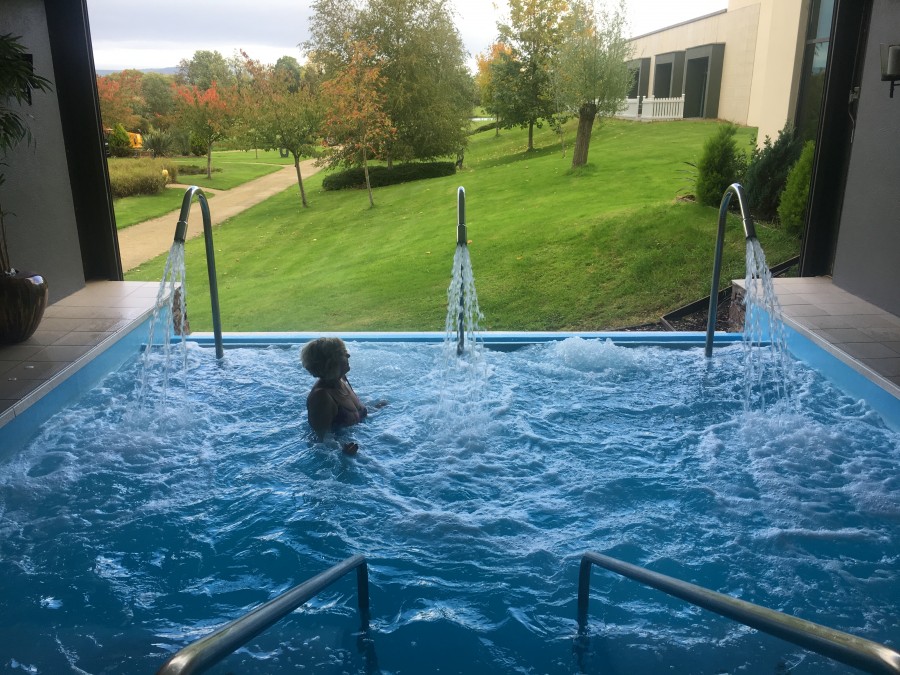 Set in over 170 acres of pristine lawns and woods, featuring historic old original gardens close to the house, the present mansion dating from the mid-1800s is a re-modelled design of an earlier building by one of Ireland’s foremost architects of the Victorian era. There’s an ironic somewhat poignant story about the transformation of a sober structure into an Italian Renaissance style residence. But more about this later.

Lyrath Estate is famous for its award-winning Oasis spa. The property is perennially popular for ‘girls away’ breaks and romantic getaways, but also for family long weekends (lots for the kids to do, including their own club with in-house cinema, Console room ). Upmarket escorted coach tours love this stop off and Lyrath is a mainstay of weddings and conferences. Ireland’s economic crash claimed a lot of victims and Lyrath also had its difficulties, going into receivership with massive debts.

The hotel complex weathered the storm and over €5 million was recently spent on improvements.  It offers easy comfort and nice touches which we enjoyed on a 24-hour break here. The views from our comfortable suite whose décor reflected the outside colours of autumn with its ceiling to floor views of leaves turning golden, bronze and red were Kilkenny meets New England!. 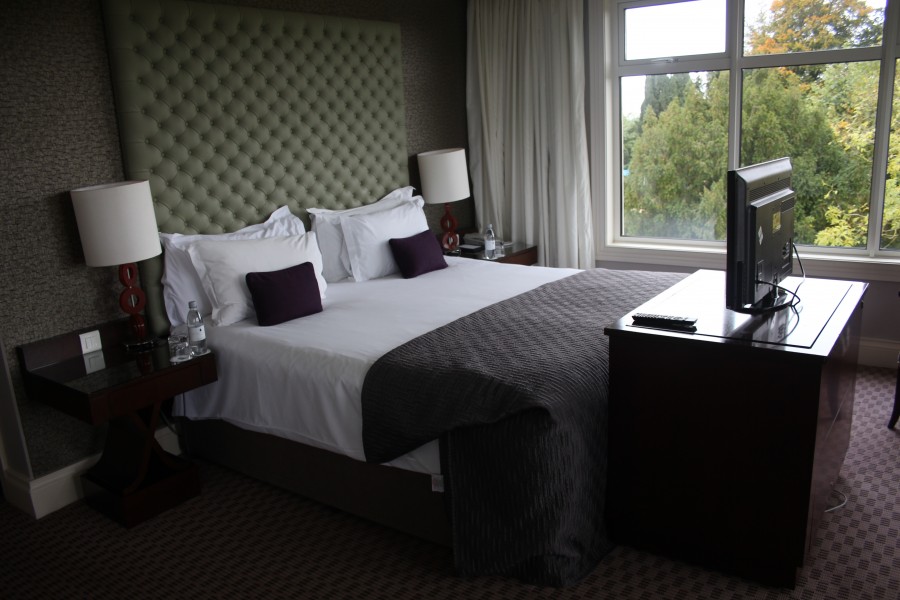 My blissful soak in the warm hydrotherapy pool that’s open on one side to view the gardens beyond whilst we’re pummelled and rained on by massage jets and mini waterfalls was another highlight.

The 139- bedroom hotel, spa and convention centre is thriving year round now that Ireland is heading towards a new economic boom. The friendly staff – a nice combination of chatty informal Irish and a little more reserved but charming foreigners made us feel very much at home.

Lyrath’s aim is the fusion of a contemporary hotel design with the charm of an old world, country estate, according to publicity material, encompassing its long history that reaches back to the 16th century.

The outside of the big house is wrapped in beautiful flaming red Virginia creeper. Late afternoon sunshine lights up the massive bow windows and conservatory. Lyrath’s resident handsome retrievers, Ringo and Reilly survey their territory from the lawn. 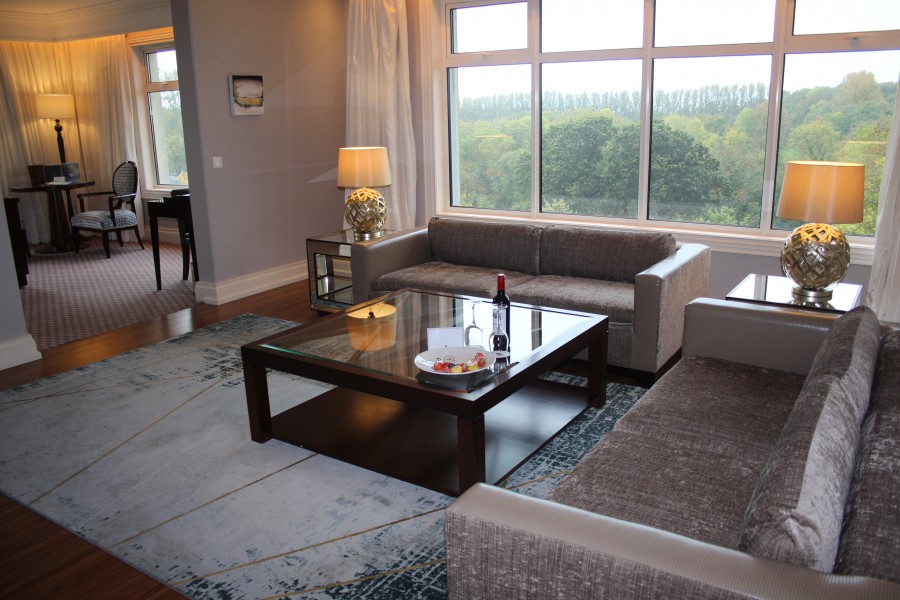 The contemporary facilities of bedrooms, bars and restaurant are connected by a long atrium style hall. A trio of giant Greek Goddesses (a little on the OTT side to my eye), a playful piano on a platform suspended overhead, paintings of previous blue-blooded owners, stained glass and marble ornamentation that would not look out of place in ancient Rome set the scene.

The temptation to join afternoon tea tables enjoying lavish fare off tiered cake plates in a restful corner overlooking the lawns is pretty overwhelming. But we resist turning into leaf peepers to explore vast wooded walkways around the estate, disturbing grey squirrels, then watching ducks and water hens along the pretty lakeside.

Afterwards, it’s time for my facial while my companion takes the measure of the facilities, including a 17-metre swimming pool, gym and fitness centre. Patricia, my therapist, performs her magic applying cold and hot cloths to stimulate circulation, followed by deep cleansing and face polishing that leaves my skin feeling ultra clean and velvety. A quick foot massage is an added treat.  The Oasis staff are celebrating the news that their therapist Jessica has just won the All Ireland body massage award with her energy balancing body treatment.

A big American tour group are dining in the main restaurant so we decide on the less formal quieter Lyrath Grill that has an open kitchen and friendly service. We share a smooth Chicken Liver Pate with sourdough, pear and Cumberland sauce and delicious spicy chicken satay skewers. For mains, I opt for grilled organic Donegal Salmon accompanied by grilled asparagus spears and yummy truffle potatoes on the side. Ireland is renowned for the quality of its fish so I was confident it would be great and it was. He made fairly light work of a locally farmed Mohawk steak (400gm) meanwhile and we could only manage one pudding between us – delicious Baileys and White chocolate cheesecake with salted caramel ice-cream.

A short stroll outside beckoned as a momentary workout.  Lyrath is not a place to serve bird-sized portions. A life-size statue of a woman holding a baby and nearby one of a veiled bride, both deathly white look scary when illuminated by the moon. 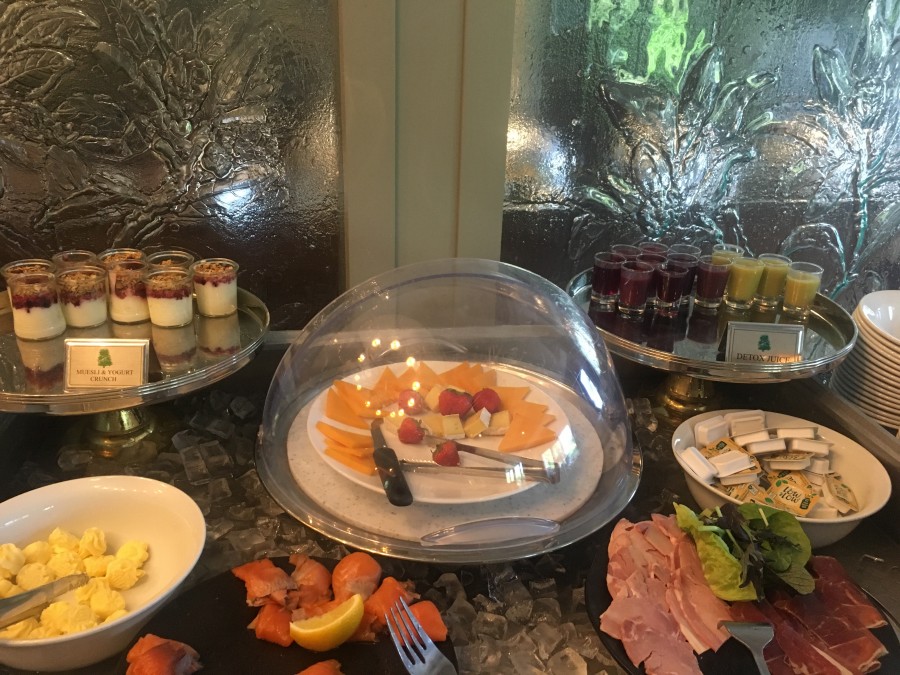 Which brings me to the story of Lyrath’s re-construction and how some women are hard to please! Sir Charles Denny Wheeler-Cuffe of Lyrath had his eye on one Pauline Villiers Stuart daughter of Lord Stuart de Decies, proposing to her for the second time after she had turned him down resolutely before. She was in love with a railway engineer who came to a sad end – he committed suicide.

To heal her broken heart Pauline’s father decided to permit Sir Charles to marry her insisting that the no-frills house be made grand enough “for a lady of rank to live in”.  The couple do not appear to have lived happily ever after nonetheless. The work on the house took many years to complete and was so costly that Sir Charles’s finances never recovered and by the time he died in 1915 there was nothing left. Pauline, by the way, had never got over her love of the Scottish railway engineer and died childless many years earlier. 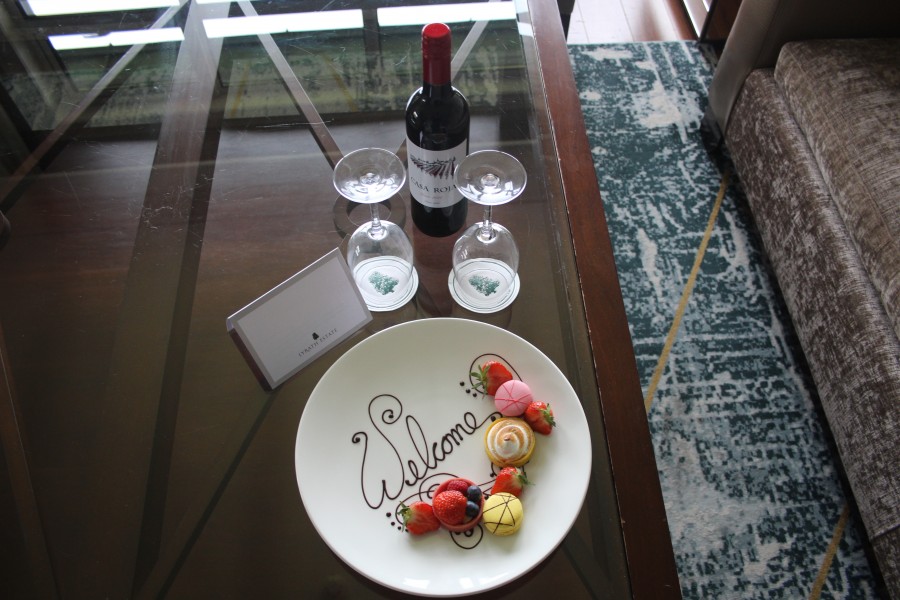 Ireland overflows with dramatic, sometimes sad and happier stories and here on the Ancient East, you will find ruins and monuments that turn fact into fiction and visa verse. Be sure to venture from the cossetted confines of Lyrath for a look around Kilkenny city whose Medieval Mile stretches from 12th century Kilkenny Castle to the monumental Cathedral of Saint Canice.  Rothe House on Parliament Street dates from 1594 and is the first example of a Tudor merchant’s house in Ireland, complete with restored medieval walled garden.

Across the road is Ireland’s oldest working brewery, founded by John Smithwick in 1710 on the site of a 13th c Abbey whose monks had been brewing beer until Henry VIII’s reign of terror against Catholicism. The old brewery complex is one of Kilkenny’s most visited tourist attractions and a fun and informative outing at €15 which includes a pint of ale and a 50-minute tour in which you learn about the brewing process, the history of the brewery and its founding family and you do some tasting. There’s also a great gift shop selling all manner of brew memorabilia.

Tell me more about the Lyrath Estate, Kilkenny

Lyrath Estate offers a special package of two nights bed and breakfast, dinner on one evening and cream tea in the Atrium £136 pp sharing on selected dates; The two night New Year’s Eve celebration with a seven-course tasting menu and champagne £250. Getting to Lyrath: from Dublin 1 hour 30 mins (129 km) via M9 and from Rosslare ferry port 1 hour 23 mins (92 km) via N25 and R700. Lyrath is 1,5 km from Kilkenny on the Paulstown Road. See also Visit Kilkenny 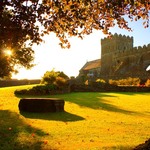 Kilkenny. Friendliest city in the world? 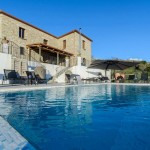