12/10/2013This entry was posted in Arizona, Hotel Reviews, North America, Sedona, USA and tagged Insider guide to Sedona, What to see in Sedona on 12 October 2013 by Andy Mossack.

This was, dare I say it, right up there with the day I was married and the births of my two children. The glorious red sandstone canyons of Sedona are breathtaking any time of the day, but when you’re hurtling through them in a helicopter with no doors and just a single strap between you and fresh air, boy do they take on a whole different dimension. 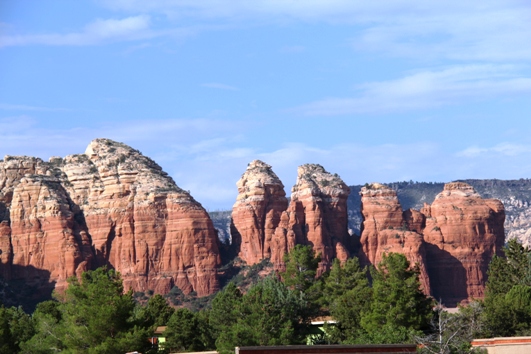 We’d only just met, but throughout that 35 minute flight, Pete the fearless pilot was my new best friend forever. The beauty of taking a helicopter ride through Sedona’s stunning landscape is you get to see entire sections of it otherwise hidden or inaccessible; the 2,000 foot high Secret Canyon, the majestic Mogollon Rim running over 200 miles right across Arizona and the long abandoned cave dwellings of Sedona’s ancient Sinagua Indians, the region’s  first settlers, who after many years of contented living,  mysteriously vanished for no apparent reason. 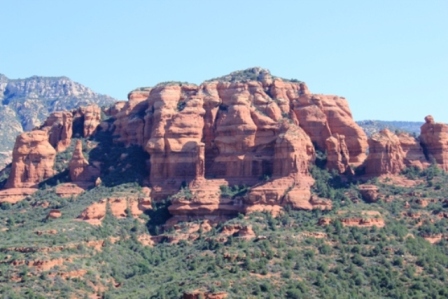 Perhaps, it’s the mystery of the Sinagua that first fired the imagination of the new age movement, which attests to spiritual vortices existing in Sedona’s mystical sandstone formations. With vast formations such as Cathedral Rock, Bell Rock and Airport Mesa, standing like red silent sentinels rising out of the surrounding flat desert it’s hard not to argue. 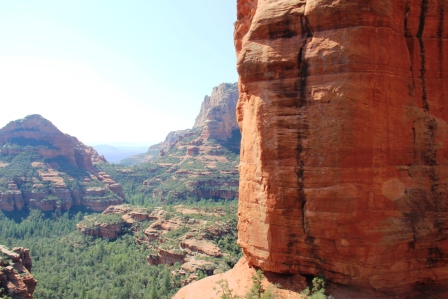 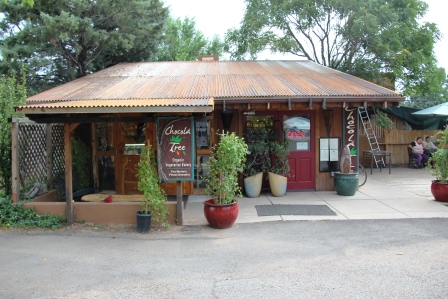 The Chocolate Tree Cafe is a perfect example. Former night club chain entrepreneur David Warr, together with his daughter Jen, have left the nightlife behind and created a stunning organic vegetarian eatery where ” life force energy abounds.” They explained to me the ingredients were so natural and powerful, they did everything from “reducing heart disease to potentially avoiding the onset of cancer.” 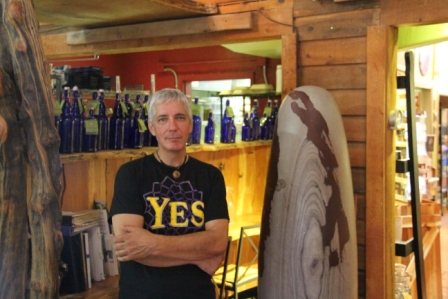 Sensing my obvious disbelief, Chef David almost convinced me eating his chocolate cake, made from 100% raw cacao, was so full of “good calories” I would lose weight eating it! That said, he made some astonishing vegetarian dishes of the very highest quality, with flavours you would swear were fish or meat. It was pure genius. 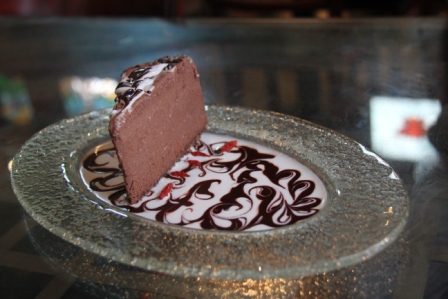 Just a couple of hours drive from Phoenix, Sedona’s charms are very seductive. Hollywood certainly agreed, with many movies shot here featuring everyone from John Wayne to Johnny Depp. The scenery is awe inspiring, the desert tours are immense fun and there is a style and quality to the place that is hard to beat. 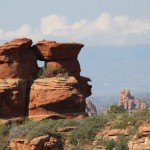 Arizona is not just a Grand Canyon 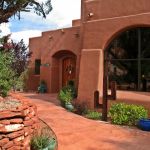 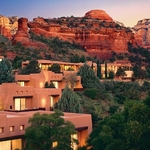