Guido Pompanin knows a thing or two about The Dolomites. Not surprising really when you consider his father Ugo and few friends built their very own cable car service to ferry passengers 2,700 metres up from Cortina d’Ampezzo to the summit of Mount Lagazuoi in 1965.

Pretty enterprising for a local butcher from Cortina you might say.

Even more enterprising was the luxurious refugi he had the foresight to build a stone’s throw from the cable car station, offering those same passengers a warm and comfortable place to eat, drink, sleep and make merry after their excursions hiking and skiing. 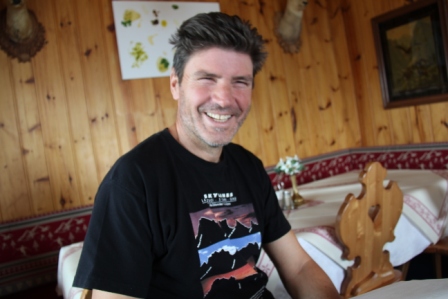 Forty-eight years on and Guido is now at the helm of Rifugio Lagazuoi aided by his wife Alma, overseeing more than a few improvements since those early days. The refuge was even host to the film crew of Cliffhanger for 3 months, while they shot many of those famous mountain scenes nearby with Sly Stallone.

The standard of food and lodging is anything but basic in the numerous refugi around here, high above the fashionable streets of Cortina d’Ampezzo. The legendary Averau Refuge, for example, has been run by husband and wife team Sandro and Paola for over 30 years, offering the kind of accommodation you might find in a good hotel in Lake Como, never mind high up a mountain, together with local recipes you won’t find the likes of anywhere else. Half board from just €50 is good value in anyone’s book. 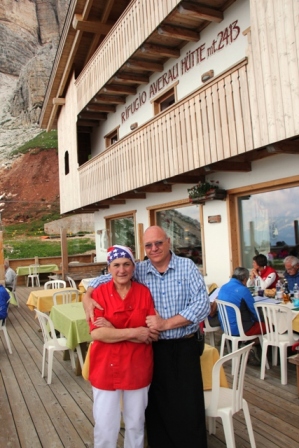 One thing that hasn’t changed, are the stunning views of Lagazuoi from every window. The sheer drama of this UNESCO protected landscape merely confirms your own mortality, the pale vertical sentinels of The Dolomites already standing proud for millennia will still be there long after we depart these shores. It is summer season, and The Dolomites bring a different form of pleasure to what Cortina d’Ampezzo is perhaps better known for. 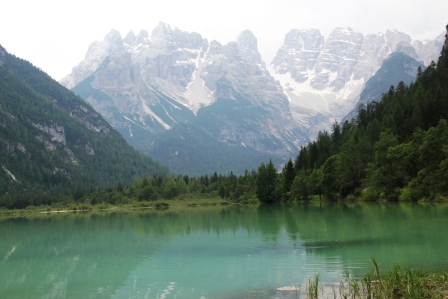 The famed black runs might be silent now, but the cable cars are busy with different traffic; the bikers and hikers eager to explore the numerous Via Ferrata routes. There are many who claim Cortina’s growing summer season is more popular than winter. And it’s a fair argument. The so-called “Queen of the Dolomites” offers an impressive base to explore the region; her streets awash with hotels, restaurants and shops offering everything from outdoor clothing to the hottest Milan fashion. The Corso Italia, Cortina’s famous pedestrian street sweeps around the ancient cathedral and through the centre of town, thronged by locals out for a late afternoon stroll. The impressive five star Radisson Collection Grand Hotel Savoia sits discreetly at one end, far too imperious to get too close to the action but It is, however, a fine example of alpine luxury, particularly following its recent multimillion-euro renovation. 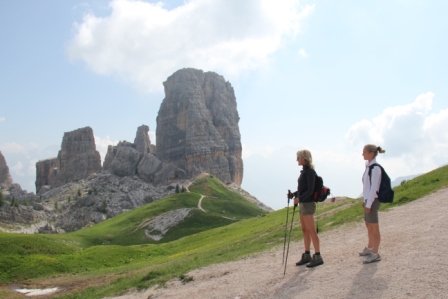 Three stand-out restaurants for me; Restaurant Pontejel, a small unremarkable family run hotel but serving delicious traditional local food like casunziea, small pasta dumplings filled with beetroot. Delicious. Then there is Restaurant Ariston, again, an unpretentious family restaurant near the bus station, but delightfully local. And then perhaps my favourite, the recently opened Il Campanile in the rustic clubhouse of Cortina’s new challenging golf course. Run by brother and sister Matteo and Margot (who just happen to be the children of Cortina refugi legends Sandro and Paola) Il Campanile is a labour of love for these two, a dream come true. Following years of learning his trade in many luxury European hotels, Matteo’s skills as a master chef can now be put to the test in his own restaurant. Antipasto dello chef is a feast on its own; numerous cold cuts, dips and breads are the forerunners to Cappelle Alpino his signature dish made with ravioli and spinach. 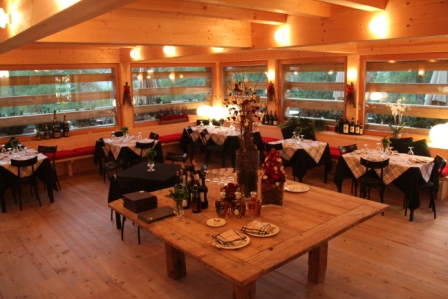 The golf course itself, 9 holes for now with another 9 planned, has been many years in the making, taking full advantage of the mountainous terrain to provide what can only be described as a brave test of skill and navigation.

For those of you not entirely learned in mountain hiking, biking or fell running, or just fancy the fun of biking around the 700 kilometres of signposted bike trails without huge amounts of pedal power, ebikes are the new black this year in Cortina d’Ampezzo. Mountain bikes with a power button that engages a battery-powered motor to help you pedal up tricky inclines. Very handy when you want to impress those serious guys dressed in head to toe lycra. I tried one out along the “long road of the Dolomites” the now-defunct original narrow gauge railway which ran for over 100k from Dobbacio to Trienz in Austria. The trail took me through valleys and tunnels, my finger grazing the ebike power button on more than a few uphill sections. It was perfect though, just the views to look at and none of the muscle ache! 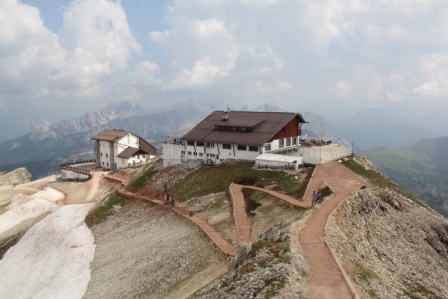 Back in town, Cortina d’Ampezzo was gearing up for the annual Dino Ciani Festival, where for the past six years, international classical artists come to play concerts in honour of the late great italian pianist. But it’s not just classical music that’s the big draw. There are a number of events all through the summer, from the Summer Palio of the Sestieri in July to the Dolomites Gold Cup and the Cortina Polo Party at the end of August.

If you thought Cortina d’Ampezzo was just for skiing, think again. It is a spectacular way to spend a summer holiday, and you never know, Guido might even show you a sneaky picture of him and Stallone together. Now that’s Hollywood for you!

Getting to Cortina d’Ampezzo

There are regular flights to Venice Marco Polo by BA and easyJet. Then catch the Cortina Express for direct coach transfer of around 2 hours.