WW1 Trenches of the Dolomites

High up on the Lagazuoi slopes of The Dolomites, some 2,500 meters above Cortina d’Ampezzo, a fierce struggle took place in atrocious conditions from 1915 to 1917 between Italy and the forces of the Austro-Hungarian Empire.

This bitterly fought conflict during the Great War, is perhaps little known to many of us, but marked a huge place in Italian history.

This is border country, owned  by both Italy and Austria over the years. It was during the Great War that Italy took the opportunity to reclaim it following years of Austrian occupation, and this heralded a brutal mountain conflict. Up here, in often freezing conditions, over 5 kilometres of trenches and tunnels were literally carved out of the mountains on both sides, and those very defences remain today in an extraordinary open air museum. 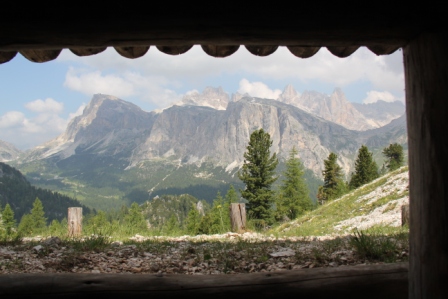 Taking a cable car to the summit of Little Lagazuoi offers up a stunning summer landscape. The dramatic white vertical rocks of the UNESCO listed Dolomites standing like immortal sentinels over one of the finest Alpine views you can get. A mere hundred yards or so brings me to the entrance to a tunnel guarded by a simple wooden door. It’s dark and dismal and stretches long into the blackness. Along the way, small windows are hacked out of the rock offering soldiers a position to fire from, and I can only imagine what the troops must have felt like in such a lonely place.

Hiking further around the paths and rocks I discover a number of gun emplacements and bunkers now completely renovated and containing  life size models of how they looked at that time. The story of the war unfolds through information boards along the route, culminating in the restored Valparola Fort – now the site of the Museum of the Great War, containing all kinds of materials recovered from the mountains. 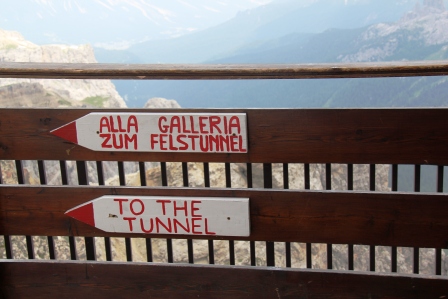 Looking around at this stunning backdrop, it is hard to imagine how a place so spectacular can, at the same time, provide such a grim theatre of war. In the end of course, like many conflicts, the issue was resolved through diplomacy and Italy won back her land legitimately through negotiation. The open air museum merely adds to the attraction of visiting Cortina,  hiking in summer and of course skiing in winter.

For more information on touring the WW1 trenches of the Dolomites visit www.cortina.dolomiti.org

Val Gardena. Summer in The Dolomites. 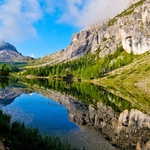 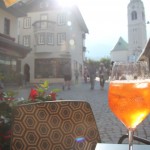