The Dordogne, with its fairy tale castles, perched precariously on limestone cliffs, and picturesque medieval villages has long been the haunt of the British.

Of course, the great joy in this part France is the food and drink, particularly if you’re a voracious carnivore. At only 50kms from Bordeaux, local wines are good and the Bergerac white always goes down well. 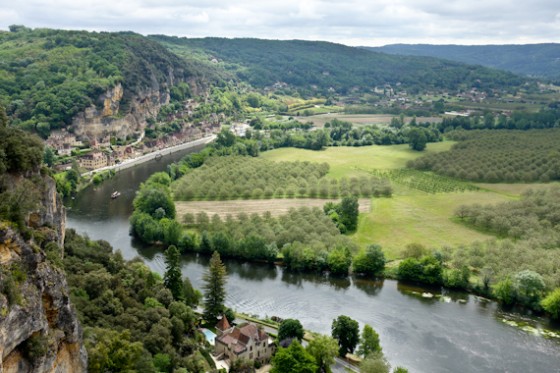 Duck is king here, whether smoked or dried without forgetting their controversial foie gras. If that’s not to your taste, enjoy confit de canard, a long-cooked duck leg, or a simple pate, and you’re always guaranteed a plate of assorted charcuterie as an appetiser.  It’s not all meat as other specialities include black truffles, walnuts, olive oils, asparagus and strawberries. 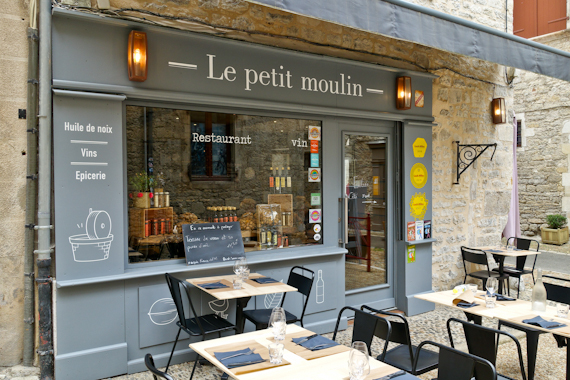 Beautifully preserved medieval houses on cobbled streets, connected by intertwining passages, make this an attractive destination, Unfortunately, Henry Court Mantel, the titular King of England, came here in 1183 and never left. He died of dysentery and was succeeded by his younger brother, Richard the Lionheart. Eat at Le Petit Moulin and live to tell the tale. 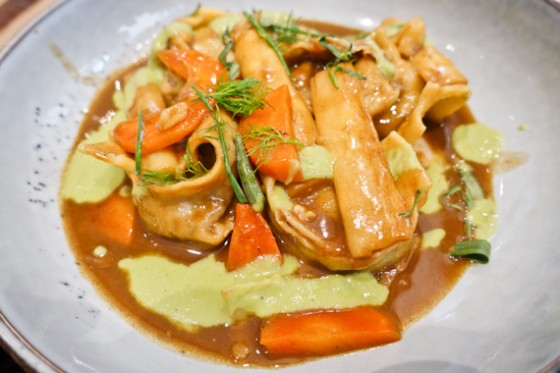 Foie Gras, duck ravioli with carrots and parsnips, and local cheese from Rocamadour washed down with organic wine, make this an outstanding lunch. 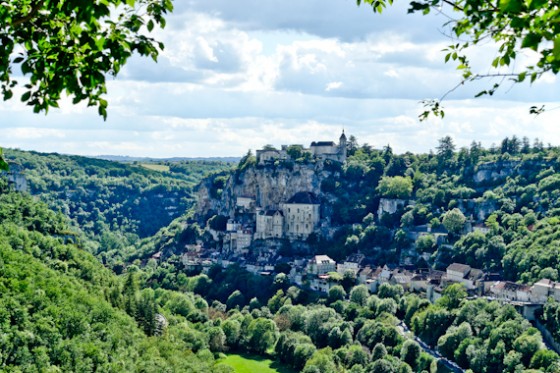 The famous churches of Rocamadour cling to a steep cliff on the right bank of the River Alzou, which runs through a narrow canyon here with walls 120m high. Pilgrims have been climbing the flights of steps up from the town for centuries and they’re still visiting today. 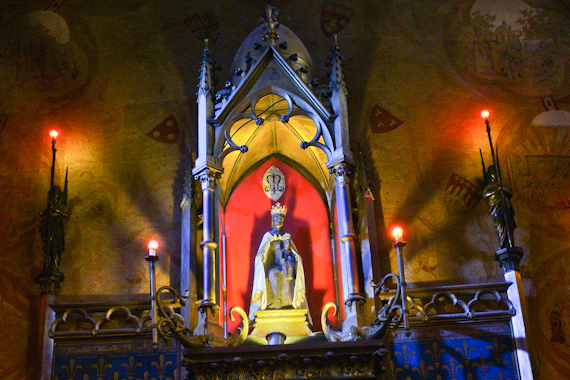 The big draw is the wooden Black Madonna reputed to have been carved by Saint Amadour inside the Chapelle Notre Dame, dating from 1479. The interior walls of the nearby Romanesque-Gothic Basilica of St Sauveur are covered with paintings and inscriptions depicting famous pilgrimages. Below, is the subterranean church of Saint Amadour containing relics of the saint. At the top, guarding the lot is the 14th-century Château and from its ramparts, you can see the length of the Alzou valley.

It’s hungry work exploring Rocamadour and fortunately at the nearby Pont de l’Ouysse, in Lacave, I’ve signed up for a cooking course. Michelin starred chef Stéphane Chambon shows me different ways of preparing white and green asparagus, now in season. Then I’m treated to marvellous dinner, also featuring asparagus, but the highlight is a carpaccio of duck, topped with shavings of white truffle.

The Château de Marqueyssac is a 17th-century château in Vézac. From here you look down over the Dordogne River and the castles of Fayrac, Beynac and Castelnaud.  The gardens, themselves, were planted with 150,000 boxwoods in the 19th century and imaginative topiary has carved them into rounded shapes resembling green flocks of sheep.  Dodging the peacocks, there are over six kilometres of paths to explore, linking belvederes, waterways, and rockeries.

Down below, carved into the cliffs, is the village of La Roque-Gageac and Les Gabares Norbert takes passengers on the river in traditional wooden boats. Dominating the landscape, the medieval castles are even more impressive seen from the water. Even better you can sample local charcuterie, cheese and wine whilst enjoying the view. 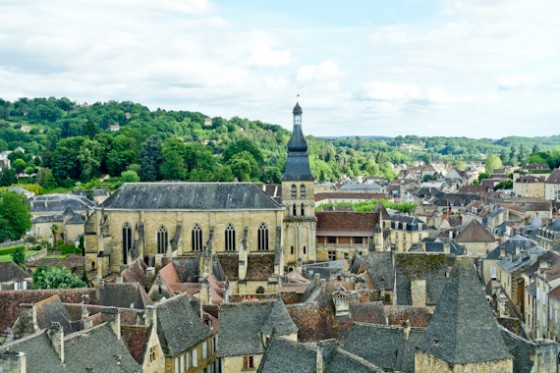 Sarlat is an attractive town and its medieval and renaissance buildings, with their traditional facades and stone roofs, have been completely restored.  The Panoramic Elevator, a glass lift, inside the bell tower of the former Église Sainte-Marie, whisks you high above the rooftops and you get a potted history of Sarlat as you go. Right next to it is the covered market whose stalls spill out onto the square, and vendors offer tastings of Foie Gras, cheese, wine and nougat. 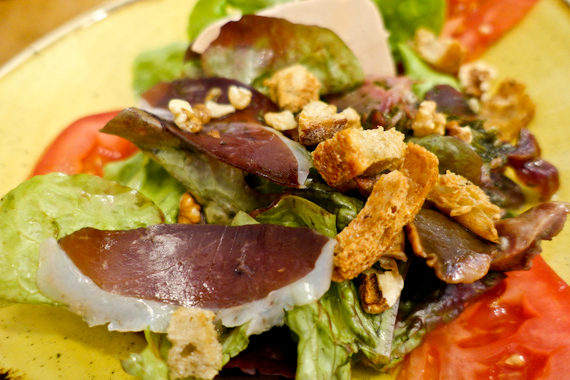 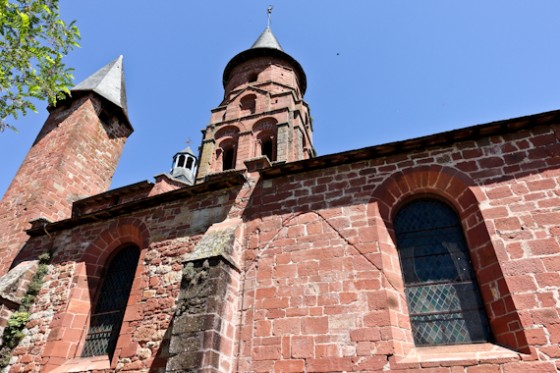 Living up to its reputation as one of the most beautiful villages in France, the red sandstone buildings of Collonges boast turrets and conical towers jutting from their black slate roofs. In the centre is the fortified St Pierre church, which was constructed in the 11th century on the site of the old Benedictine priory. What’s remarkable is that the church has two naves, one for Protestants, the other for Catholics and they would worship simultaneously.

These days only 35 people live in the village but tourists invade every day. 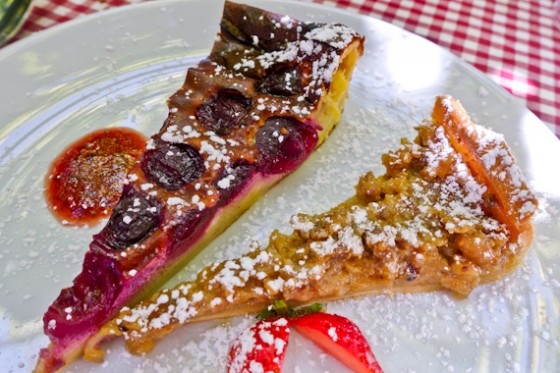 As you’d expect, it’s one big glorified gift shop selling everything from leather products to fruit preserves and mustards.  You can still eat well here, though. Le Cantou Restaurant  does excellent veal sweetbreads and their homemade fruit tarts are outstanding.

The Denoix Distillery has been making their famous walnut liqueur, “Suprême Denoix”, for four generations.  On a guided tour I see the original still, copper cauldrons and the barrels where the liqueurs have been matured since the beginning. Of course, there’s a tasting of their orange, grape, walnut, strawberry and chocolate concoctions. 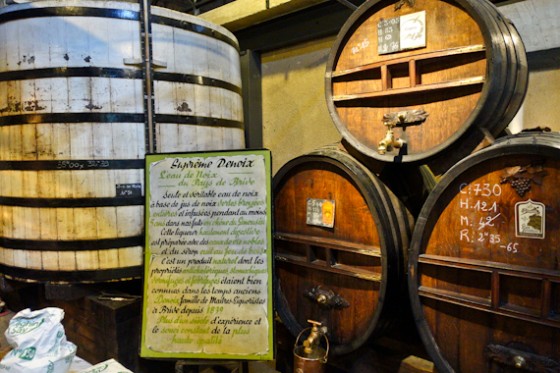 Brive is also known for its large food market held three times a week in Georges Brassens Hall and I suspect that the ingredients for my dinner at En Cuisine have been sourced from there.  Their menu is a modern spin on traditional classics. The pig’s feet starter has the meat boned and pressed, served with artichokes and crispy pieces of bacon. Duck breast is served on a bed of haricot beans and wild mushrooms with slices of seaweed.

Tell Me More About Eating in Dordogne

The Stansted Express is the fastest way to the airport from central London.

Enjoy Dordogne and Visit Dordogne Valley have information about the region.

Hotel Le Renoir makes a comfortable base in the centre.

Les Journées du Terroir take place over two days in the middle of May. 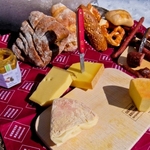 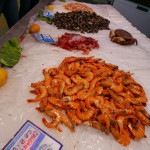