I think I’ve contracted a new illness. The very thought of having no wi fi signal brings palpitations and beads of sweat. I feel locked out; marooned; isolated from my world. Perhaps there’s a medical name for it, but  It’s not a nice feeling. These days, not being on line when you need to be is a serious matter. It’s all very well having wifi capability , but when there is a serious lack of hotspots to choose from and no obvious cafe or hotel lobby in sight, it’s a desperate situation. The other alternative of data roaming charges is too horrible to even contemplate.

Globalgig from Voiamo provides an instant solution to offline stress, giving you a hotspot device you can carry around with you in the UK, Ireland, USA, Australia and more recently Sweden, Denmark and Hong Kong with most of Europe covered by the end of 2013. This is not a simple data roaming device, but a service that connects to local networks such as Sprint in the USA or Three in the UK providing local wi fi connectivity and saving you up to 95% on per gig mainstream data roaming charges. Not only are you saving considerable sums, you can also connect up to five devices at the same time.

In theory it is possible to achieve speeds of up to 7.2 mb per second over local 3G networks but that obviously depends on the signal strength you can get.

I tried out Globalgig on a tour of the USA and found no problem connecting up with the local network and getting on line with both my iphone, tablet and laptop. The biggest issue was the length of time the hotspot device lasted before the battery needed recharging. I left it switched on while I walked around San Francisco and managed to get 90 minutes before a recharge was needed, but then again, if I just switched it on as I needed it to check emails or make the occasional Skype/Viber call, I could get through a day. Then again, you could take a charger with you and sit somewhere with it plugged in, even so, a longer battery life would be make this product  practically perfect.

Nigel Bramwell CEO at Voiamo makes it quite clear: “Businesses and consumers are becoming acutely aware of the rip off data bills they face when they return from travelling. Major networks are charging hundreds even thousands for data which is unjustifiable.”

For me, having the relief of on line access whenever I needed it was the perfect remedy to my isolation phobia. Now I just worry about the battery charge…… 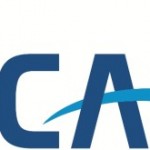