Free wifi in Chicago? yes. In a bid to become one of the world’s most connected cities, Chicago’s Mayor Emanuel has announced the launch of high-speed Wi-Fi at five of Chicago’s biggest beaches.

Smartphone and tablet users are now able to connect to the internet while sunning themselves on North Avenue, Osterman and Hollywood, Montrose, Roster and Rainbow beaches.

The service is off the back of the launch of free Wi-Fi at Millennium Park in 2012 and the Mayor’s office has plans to extend the service across additional parks and public spaces across the city in the next few months. 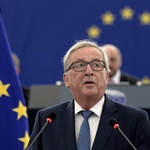