Jerusalem. Thousands of years in the making.

13/06/2013This entry was posted in Europe and Middle East, Israel, Jerusalem and tagged Best sights in Jerusalem, Guide to Jerusalem, Jerusalem guide on 13 June 2013 by Andy Mossack.

It was a sound that, given the circumstances, instantly transported me back thousands of years.

The Muezzin’s call to prayer from the minaret of the ancient mosque reverberated right around the Old City of Jerusalem and for me, right there and then, slap in the middle of the ancient Via Dolorosa, it was as if modern time had evaporated.

It was an extraordinary feeling. Jerusalem .does that to you. It’s a city that evokes emotion, after all, Jews, Muslims and Christians see it as the spiritual centre of their religion, and it’s the only city in the world that officially celebrated three Sabbaths in a week. 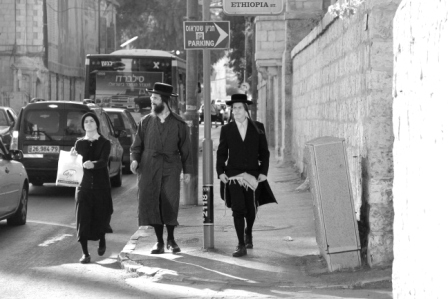 Actually Jerusalem is a city of two parts, the old and the new. The old is unquestionably the reason why so many people come and visit every year. And it is truly a magical place, perched  high on a hill and surrounded by a wall built. in 1538 by the Ottoman king Suleiman the Great, although there were many other walls built and destroyed over the years. But the new also has a lot to offer visitors and you should put time aside to explore its many attractions too.

The Old City of Jerusalem 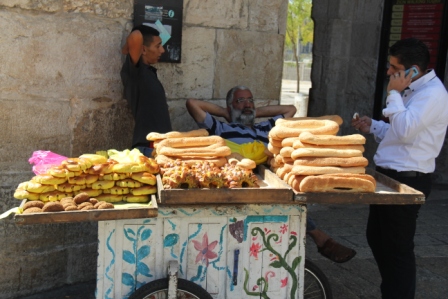 This ancient city is effectively split into four different quarters, Jewish, Muslim, Armenian and Christian and each is accessed via specific  ‘gates’ although these days there are no doors to open or close. It is roughly a kilometre in size so it is walk able, but hilly in parts. in fact there is a ramparts walk that will take you around the top of the wall, and for first timers is an excellent way to orient yourself. Dominating a large chunk of the Muslim and Christian quarters is the Arab souk, a teeming windy maze of merchants who’ll try to sell you everything from ‘antiques’ to t-shirts. Be on your guard, and don’t hesitate to haggle furiously if you really want to buy something to take home. You might even be approached by people offering to show you parts of the ‘real cross’ or offer you a guided tour, just thank them,  decline and move on. It’s all part of the culture so don’t get too grumpy. Actually, the food part of the souk is really very interesting and its entertaining to watch locals bartering for a good deal. 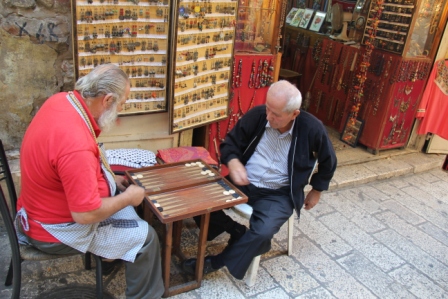 What to do in The Old City

The Old City contains the holiest sites of the three religions.. The Church of the Holy Sepulcher, the place where it is said Jesus was crucified and resurrected, The Dome of the Rock, where Mohammed rose up to Heaven, and The Western Wall the last remaining supporting wall of the destroyed second Jewish Temple. Walk the Via Dolorosa in the footsteps of Jesus, go to the Mount of Olives east of the Old City and visit Mary’s tomb and the Garden of Gethsemane. Book a tour of the newly opened  tunnels under the Western Wall, where there is another 200 feet of the Western Wall with stones dating back to Herod’s time. Just outside Zion Gate is King David’s City excavations, a fantastic tour of the original site of city of Jerusalem and walk through Hezekiah’s water tunnel hewn out by stonemasons  thousands of years ago. Eat with the locals and go to Abu Shukri on the corner of el-wad and the Via Dolorosa for the best Hummus and Falafel anywhere. 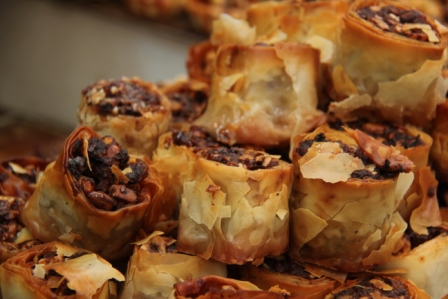 The New City of Jerusalem

Amongst the tree lined boulevards and parks you’ll find a city where traditional thinking lives side by side with modernism. From the ultra orthodox area of Mea Sherim to the architecture of the Knesset building, from the bustling Mahane Yehuda market to the recently opened Mamilla shopping precinct. Outside the Old City, Jerusalem continues to evolve, expand and regenerate seemingly without losing any of its charm and draw. It’s now a very big city and you’ll need to travel by bus or taxi to see all the sights There are many high end hotels and restaurants here, and art galleries, museums and cultural centres that are the envy of counties all over the globe. 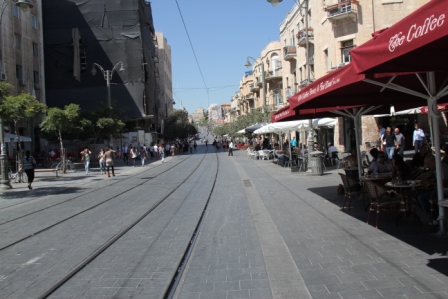 What to do in New Jerusalem

Ben Yehuda Street, King George Street and the Jaffa Road are the main areas of shopping activity, but for a taste of local life go to the Mahane Yehuda food market. Visit the Israel Museum and see the Dead Sea Scrolls, got to The Knesset Israel’s parliament building and make sure you have time to visit Yad Vashem, Israel’s revered holocaust campus.

Where to eat in Jerusalem

Eat with the locals at the Ruchmo Restaurant at 5 Haeshkol Street for cheap but very tasty food. Hachaser  right near the old railway station is a fine example of high quality Mediterranean food. The metze is fabulous.. Cafit is a great dairy restaurant in the very fashionable German colony area. if you have deep pockets have tea or dinner at The King David Hotel.

There is a dazzling choice of hotels to suit all budgets in Jerusalem and most are situated close to both the Old City and the shopping  areas of the New. My personal medium budget favourite is The Dan Boutique at 31 Hebron Road. Another in the excellent upscale Dan chain which includes the famous King David Hotel, and top quality hotels in Tel Aviv, Haifa, Eilat, and Caesarea,  the Dan Boutique is slightly lower on the luxury scale than its more illustrious sisters  but offers excellent value in a good location close to the German Colony.  Spacious rooms, a great roof top deck overlooking the Old City and a generous Israeli buffet breakfast.. For those who prefer uber modern chic the 5 star Mamilla might be an option. The rooms are small but seriously modern and  the building is seriously impressive.

Israel’s capital may well have thousands of years of history seeping out of its stones, but the rest of this country is like walking through history too, from the biblical landscapes of the Sea of Galilee and the Negev to ancient waters of the Dead Sea. Israel delivers, no question about it. 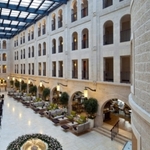 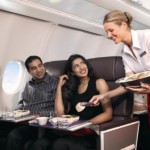