My flight to Zurich is delayed because of early morning fog but at least that means it’s not too early to take advantage of the business class champagne. SWISS also serves up some choice cold cuts, enough to get me in the mood for the St. Moritz Gourmet Festival. It’s held every year at the end of January and this 27th edition will be an all-female affair.

The line-up is Lanshu Chen from Taichung, Bel Coelho from São Paulo, Carolina Bazán from Santiago de Chile, Renu Homsombat and Bee Satongun from Bangkok, Emma Bengtsson from New York City, Kamilla Seidler from Copenhagen, Cristina Bowerman from Rome, as well as Asma Khan and Judy Joo from London. They’ll be taking over the kitchens of the top hotels in St Moritz, working in partnership with the resident executive chefs. 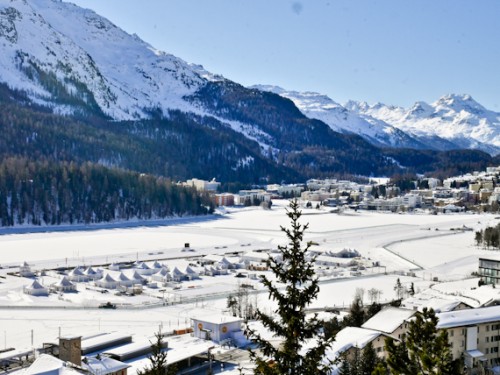 It’s dusk as I reach the town but I’m greeted in style by the chauffeur from the Carlton who whisks me uphill to this grand hotel. They’ve actually given me a suite overlooking the lake but there’s no time to luxuriate as I have an appointment for dinner cooked by Italian Cristina Bowerman. Although she’s from Puglia, she actually trained in Texas after switching careers from law and graphic design. These days her restaurant, Glass Hostaria, in Rome has a Michelin star. 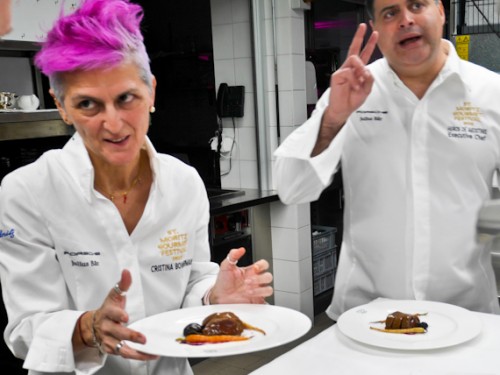 The starter is an amuse-bouche of marinated salmon trout, with avocado mousse and sour cream, delightfully fresh. That’s followed by raw red prawns, in a tapioca Thai green curry, moulded into cake wrapped with thin slices of beetroot and topped with caviar. It’s a triumph, the tapioca adding texture to the subtle taste of the shellfish and the caviar adding some saltiness. It’s served with a chicken and hazelnut consommé to be drunk before or after. 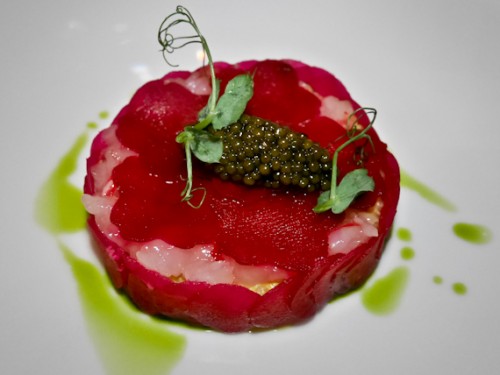 The fish continues with a grilled scallop in a pistachio sauce, topped with crispy flakes of dashi and whitefish caviar with mushrooms sliced on the side. Fish and pistachio is not an obvious pairing but it seems to work. Next, a simple risotto of smoked pasta, disguised as pearl barley, surrounded by a pungent sea urchin.

The meat course is a saddle of deer, pleasantly rare, with blackberries and raspberries, roast baby parsnips and carrots in a chocolate sauce. Christina describes her dishes as “a taste experience through ‘contamination’ between modern and traditional culinary language” and it’s certainly evident in the food I’ve eaten tonight. 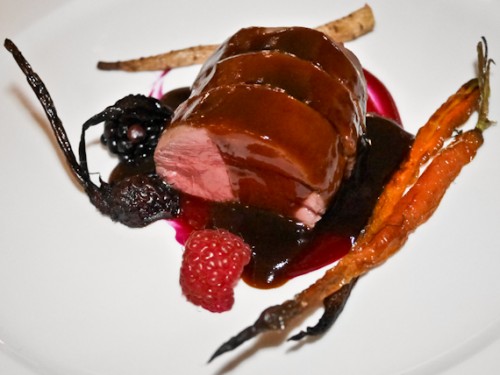 Next day dawns bright and sunny and I’m moving to the Nira Alpina in Silvaplana for dinner. Tonight’s chef is Bee Satongun, all the way from Thailand, where her restaurant Past Bangkok has a Michelin star. As a concession to Swiss tastes, her food won’t be as hot as it is in Thailand – where she’d normally use ten chillies she’ll only be using one. She’s excited to be here and tells me that it is the first time she’s seen snow. 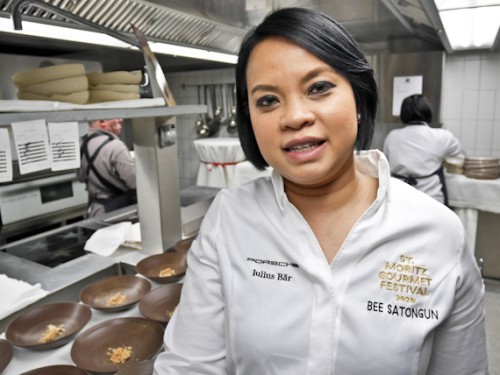 Her dinner is served in the Nira Alpina Pichalain Après-ski hut, a cosy Swiss chalet, and as far removed from South East Asia as you can get. The entrée is watermelon covered in ground salmon, with fried shallots and roasted galangal powder, a wonderful combination of fresh and fishy. Soup is a tom yam, hot and sour with crispy pork leg cubes, tangy but not too spicy. 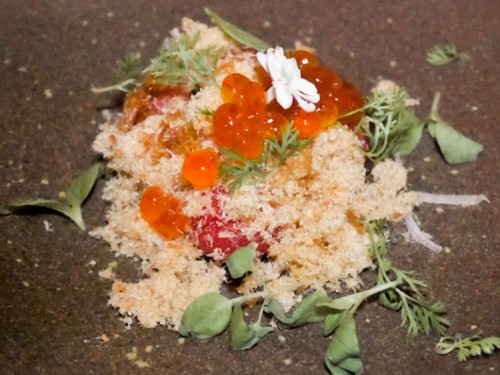 Other highlights are langoustine in a Chiang Mai salad with roasted banana chilli and chargrilled tomatoes and a piece of steamed cod with white turmeric, fennel and lemongrass sauce served with jasmine rice. The dessert is a pretty picture of smoked coconut noodles with palm sugar sabayon, lemon basil seed and dried pineapple. The meal impresses and, by minimising the chilli content, the flavours really zing. 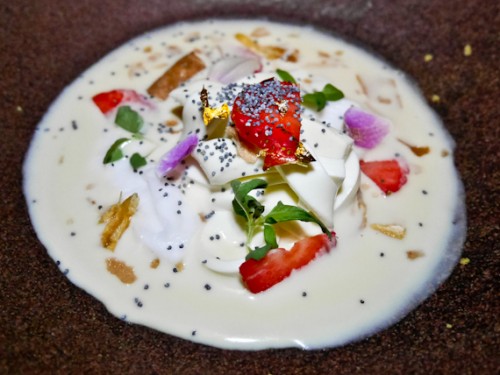 The gourmet festival is not just about big dinners. Also on offer are gourmet safaris, chocolate workshops, afternoon teas, champagne tastings, cheese pairings and, what for me, is one of the highlights, the Kitchen Party. It takes place late in the evening, deep in the subterranean kitchens of Badrutt’s Palace. There’s a jazz band playing, champagne is flowing and those hard-working chefs, fresh from serving their gourmet dinners, are cooking again.

At the end of the week is the Porsche Gourmet Finale at the elegant Suvretta House. It starts with a champagne reception, where five local chefs offer a selection of delicious appetizers, and it’s difficult to resist going back for seconds.  However, there’s now a gala sit down course dinner, each course prepared by different female chefs. I get to revisit the food of Cristina Bowerman and Bee Satongun feature but also sample the dishes of Emma Bengtsson, Kamilla Seidler, and Asma Khan. 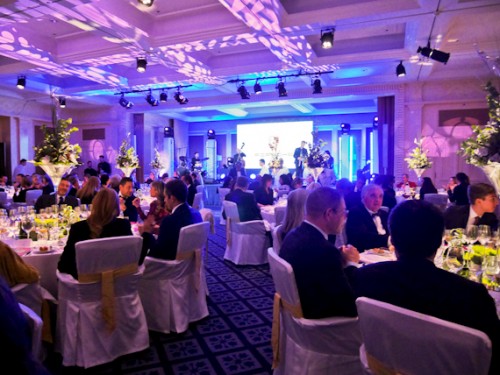 Of course St. Moritz has much more to offer than food. At an altitude of 1830m and over 300 days sunshine a year it’s a great venue for winter sports. I don’t get to don my skis but I do take advantage of the network of hiking trails which are cleared every day. I don’t really need to work up an appetite but I’m allowed to deceive myself that I’m shedding the pounds. The scales tell a different story.

Tell Me More About The St. Moritz Gourmet Festival

The St. Moritz Gourmet Festival is an annual event, taking place at the end of January.

The Carlton is a 5* Superior hotel right in the centre of St Moritz.

The Nira Alpina is a 4* Superior hotel in Silvaplana with ski-in ski-out facilities. 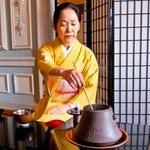 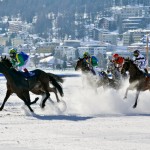 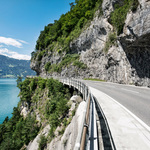