10/10/2013This entry was posted in Travel News and tagged Lyon Christmas Festival on 10 October 2013 by Andy Mossack.

In December the city of Lyon will host its annual Festival of Lights (Fête des Lumières) – one of the world’s grandest Christmas light displays.

Each year from 6th – 9th December the event attracts over a million visitors to see the spectacular light installations developed by world-renowned artists. The main light parade this year will honour Mexico, with a display of giant puppets inspired by Mexican alebrijes, of more than thirty visual artists, painters, builders, actors and circus performers.

Nearly 70 light displays will be on show around the city this year, developed by artists including French fashion designer Chantal Thomass, and famous light artists such as Damien Fontaine and Jean-Luc Hervé.

The city’s food scene also comes alive during the festival, with stalls and ‘bouchons’ – traditional Lyonnaise eateries – selling the finest food and wine, showing why Lyon is considered to be the gastronomic capital of France.

–          Energy efficient – The cost of running the festival lights is only €5,000. Lyon is committed to creating an energy efficient event and artists use efficient materials, such as LEDs

Flights to Lyon during the Festival start from just £47 one way with easyjet.com. Accommodation at the artsy Mama Shelter Hotel is available from €129 for a double room, or enjoy the boutique luxury of the Collège Hotel from €125 per night. 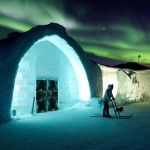 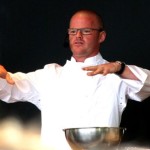 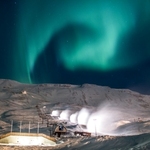