7 things not to miss in Bury St. Edmunds

Ask most people to name something special about Suffolk and they might struggle. Some might say it’s that bit between Essex and Norfolk, others might scoff and mention tractor boys or fish and chips on shingle beaches.

Those in the know, however, would say something entirely different. Almost reverential even. Perhaps it’s because the good people of Suffolk know exactly what they have and want to keep it that way. As if shouting about their county is far too crass. Even holding on to the shirt tails of local but global superstar Ed Sheeran is seemingly uncalled for.

This small parcel of East Anglia may well be Norfolk’s shy sister, but her beauty and charm is indisputable. Miles of rolling countryside, immortalised by Constable’s paintings, numerous quintessentially English Tudor villages where time has stood still such as glorious Lavenham, some outstanding country piles of the landed gentry and miles of wild sandy beaches – not just shingle! There are, of course, many historic towns too but the jewel in Suffolk’s crown is undeniably Bury St. Edmunds. Her medieval architecture, Georgian squares and well-heeled town centre are a delight to discover.

This is a town weekends are made for, so let’s explore what to do and where to stay on a weekend with my personal guide to 7 things not to miss in Bury St. Edmunds. 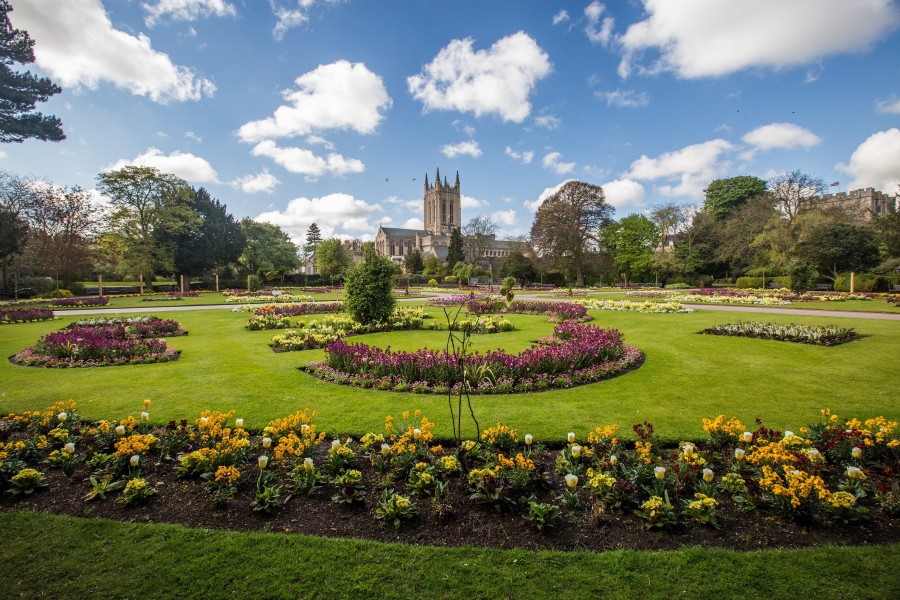 To get a feel for any destination it’s always worth starting at the beginning, and the Abbey of St. Edmund was the building that put Bury on the map. It was built in 1020 to house the remains of Edmund, King of the East Angles and the first patron saint of England, who was killed fighting the Danes in 869. It became one of the richest and powerful Benedictine monasteries in England and a famous pilgrimage destination. The sheer number of visiting pilgrims created a need for accommodation, feeding and watering, so the monks designed what was to become the town of Bury St Edmunds directly in front of the abbey. They were also pretty handy at brewing ale too – gratefully received by those thirsty pilgrims – and many might say it was the birth of Suffolk’s excellent brewing heritage. The abbey also played a major role in the creation of the Magna Carta when a group of influential barons met there in 1214 to discuss a Charter of Rights (which later became the Magna Carta) and was accepted by King John at Runnymede in 1215. 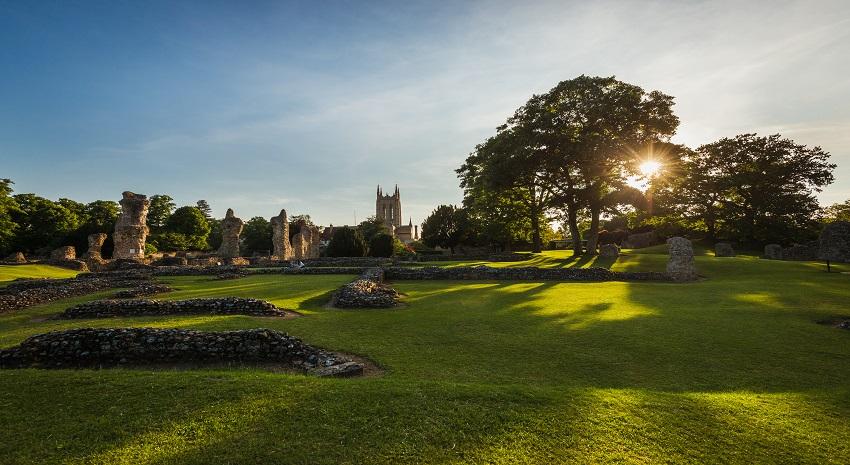 There are extensive ruins dotted all about the 14-acre park and include two complete structures, the Great Gate and the Norman Tower. Strolling around here you can imagine the sheer size of the complex and the immense power it held in medieval England. The Abbey Gardens were created in 1831 originally to be botanical gardens similar to the Royal Botanical Gardens in Brussels. Today they contain thousands of plant and floral displays, there’s a pilgrim’s herb garden, a sensory garden for the visually impaired, a Garden of Reflection for genocide victims, an aviary and even the World’s first Internet bench courtesy of Microsoft. 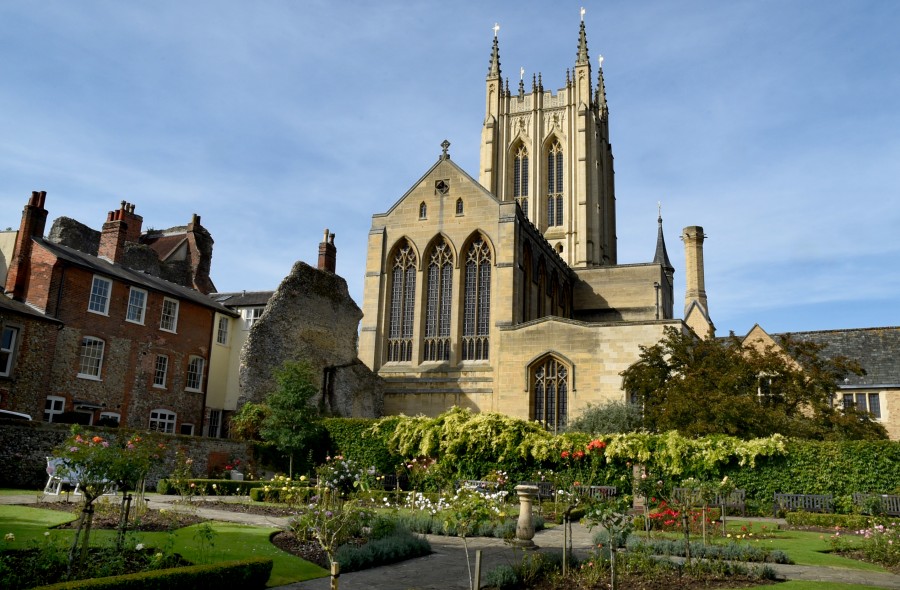 Adjoining the Abbey Gardens, Suffolk’s only cathedral is very impressive and beautifully maintained. Visiting is free every day Sunday to Friday 8 am – 6 pm Saturdays and Bank Holidays 8.15 am to 6.30 pm however the Cathedral depends on donations for its upkeep so feel free to help out. There’s a library dating back to the 16th century, the Crypt Treasury and plenty of fine Victorian stained glass to appreciate. There are guided tours from May through September at 11 am (excluding Sundays) for a fee of £5 (under 16s are free). 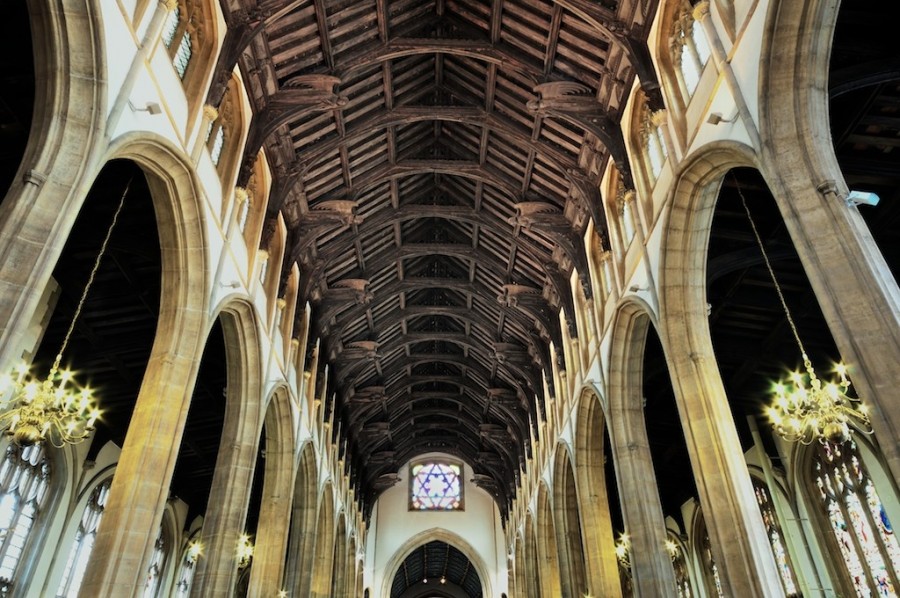 While we’re on the subject of churches, St. Mary’s, just a few metres from the cathedral, is one of the most popular to visit. Mainly because it is the final resting place of Mary Tudor the favourite sister of King Henry VIII who named his ship the Mary Rose after her. She was once the Queen of France after reluctantly marrying King Louis XII as part of a peace treaty. Fortunately for her, he died just a few months later and she married her true love Charles Brandon, the Duke of Suffolk. If you take a look up, the unusually wide hammer-beam roof is guarded by eleven pairs of angels and even though they don’t look it, each one is over seven foot tall. 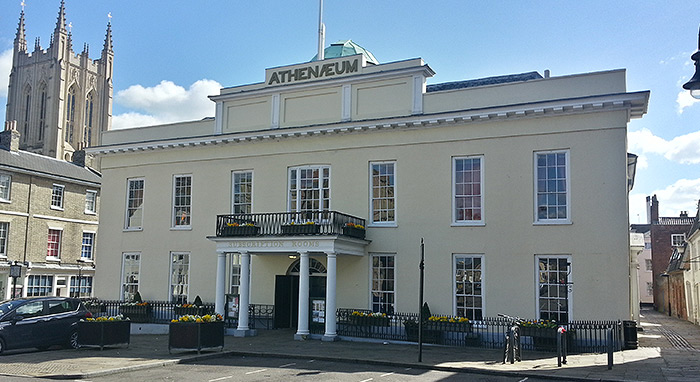 Just opposite the Abbey Gate on historic Angel Hill you’ll find The Athenaeum a Grade 1 listed building from 1854 and was used as the main meeting place for locals of note. It has a stunning Georgian Ballroom complete with chandeliered ceiling. Don’t be put off by the various brides and grooms who might be loitering outside as it now plays host to many wedding services. Back in the day though it played host to many literary greats such as Charles Dickens who used to regularly perform readings of his novels. Dickens also was a regular guest at the Angel Hotel next door. 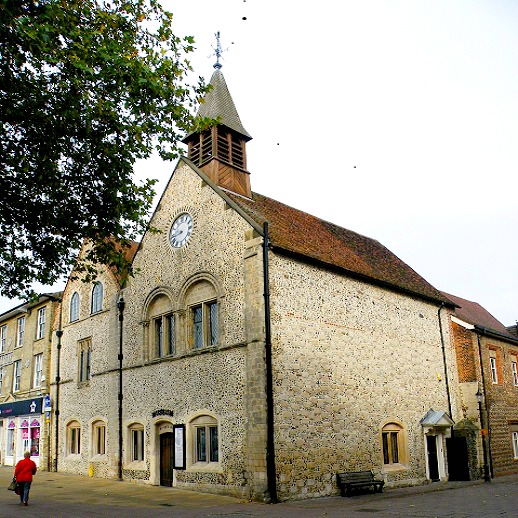 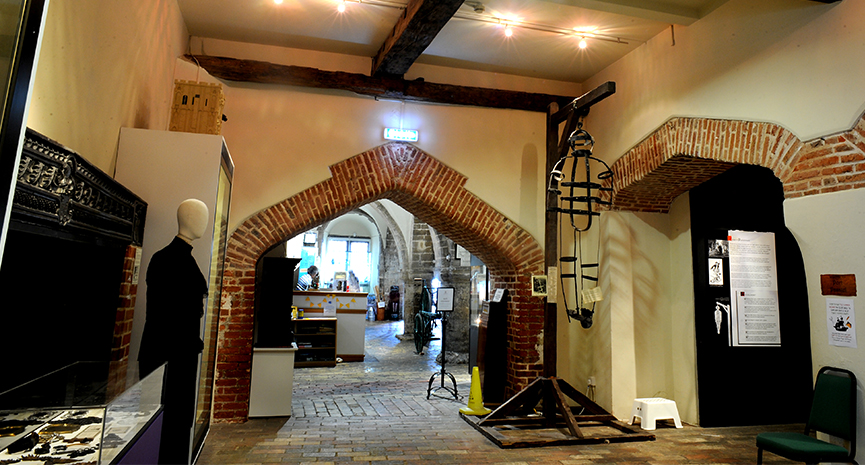 One of the more peculiar venues in Bury St. Edmunds, this museum is stacked full of weird and wonderful artefacts, many down to the passion and patience of curator Alex McWhirter. Set inside a Norman building almost 900 years old, you’ll come across a lock of Mary Tudor’s hair, rare coins, a gruesome gibbet cage, a mummified rat and many artefacts relating to the area’s superstitions and witchcraft. There’s a display of fine art and, on the top floor, a world-class collection of clocks and timepieces donated by Frederic Gershom Parkington.

If you visit on a Wednesday or a Saturday, the market will be right outside on the market square. Look out for a well-stocked cheese stall run by a highly entertaining Italian gentleman who really knows his cheeses. 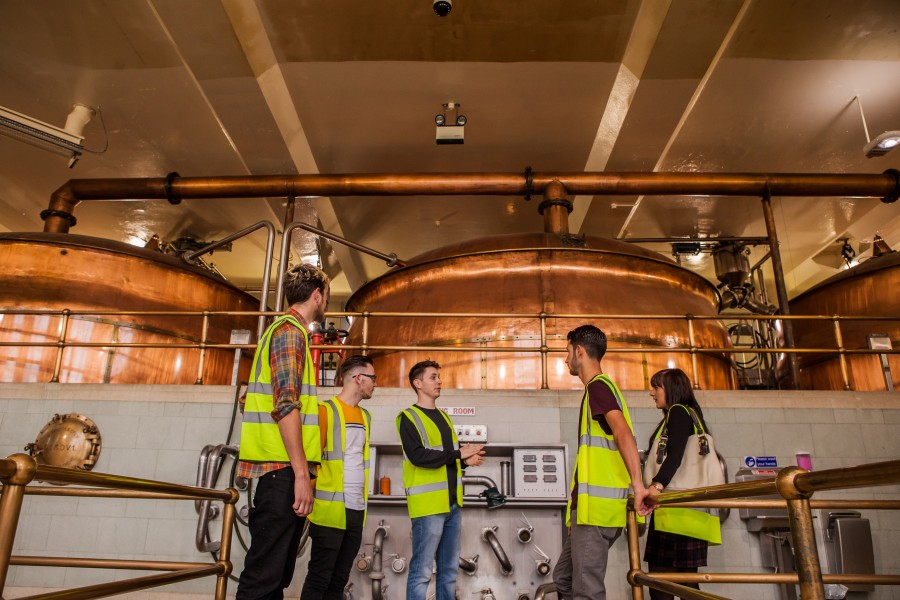 One of the not-to-be-missed tours in town, the Greene King Brewery has been a focal point of the town since 1799 when 19-year-old Benjamin Greene founded the company.  Today’s vast Westgate complex dates back to 1938 and the gravity-powered beer process has remained the same ever since; each floor transferring the ingredients from one floor down to the next. It’s a fascinating two-hour guided tour and best of all, you get to sip plenty of beers at the end. Because it’s using gravity to pass the ingredients down, the tour begins up on the roof of the brewhouse, so you get a bird’s eye few of the whole town. From up there, it’s clear to see how the abbey was so key to the town’s growth. On one side, the abbey and all its grounds and vineyards, on the other the town grid moving ever-outward as it prospered. 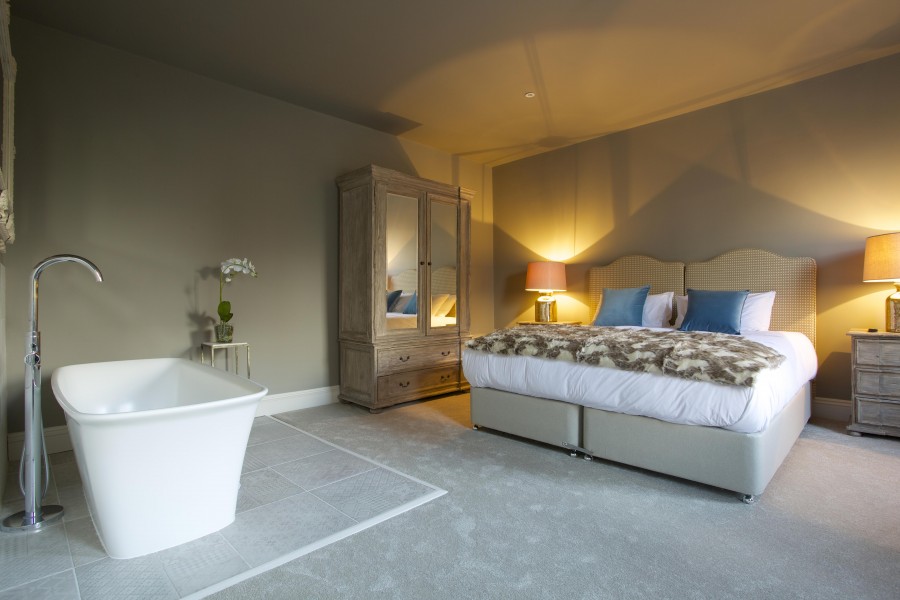 The perfect place to base yourself is this fabulous boutique hotel just a three-minute walk away from the town centre. The Northgate has 9 chic rooms and an exceptionally good restaurant. You can read my in-depth review here. 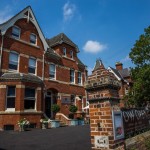 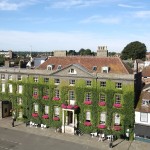 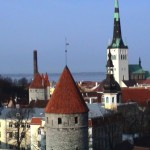 Tallinn. Too tempting to miss.

One thought on “7 things not to miss in Bury St. Edmunds”