Club World passengers will be able to select their choice of starters and desserts from new display trolleys, which will be served by the crew on to new table settings.

Colin Talbot, British Airways’ head of catering, said: “We’ve really focused on attention to detail with the new Club World menu, with the aim of delivering a real restaurant experience in the sky. We’ve considered everything from flavours and textures, to look and feel, all of which have to work at altitude. The dishes are designed to pop with taste and the table settings are both elegant and practical, with thought-through details such as stemless wine glasses.

“We’ve extensively tested the new menu on numerous flights, refining elements after every trial, so we believe the final product our customers will receive on flights to New York from September will prove incredibly popular.” 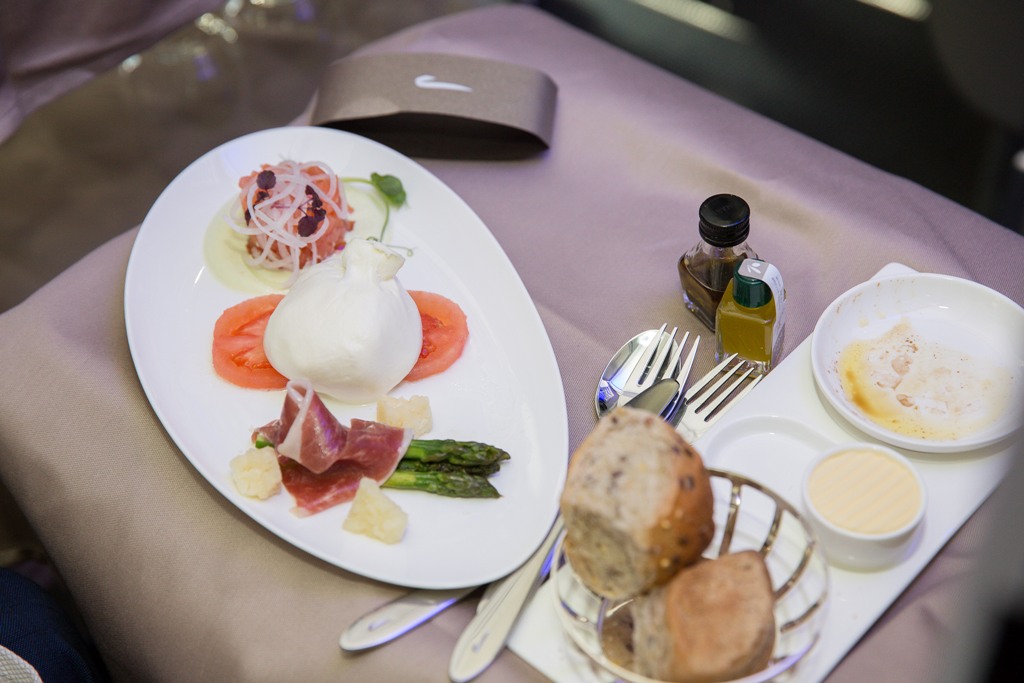 Here is an example menu:

Burrata and tomato carpaccio with olive oil and balsamic dressing 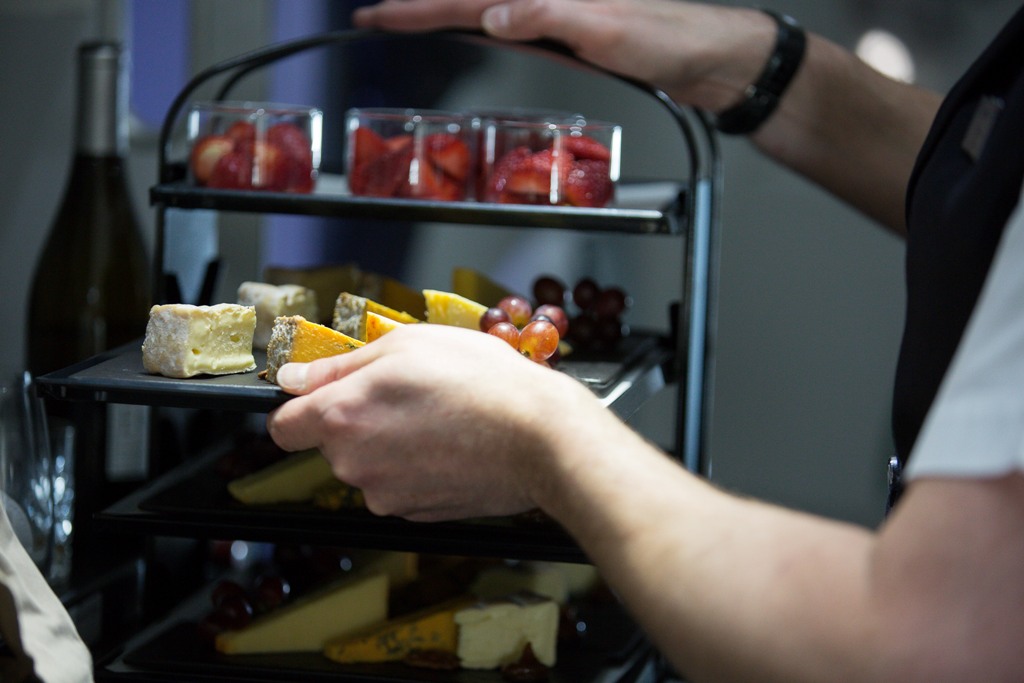 From Autumn, British Airways’ partnership with The White Company will provide passengers with bedding including an elegant day cushion, a bespoke soft large pillow, a  woven blanket with satin trim and a specially developed luxury duvet to improve their quality of sleep, as well as a padded mattress cover giving an extra layer of comfort.
The White Company will also supply amenity kits in an elegantly designed bag, containing the retailer’s ‘Restore & Relax Spa Collection’, as well as a soft jersey eye-mask.The revamped Club World catering and sleep experience will be rolled out across the airline’s long-haul network throughout 2018. 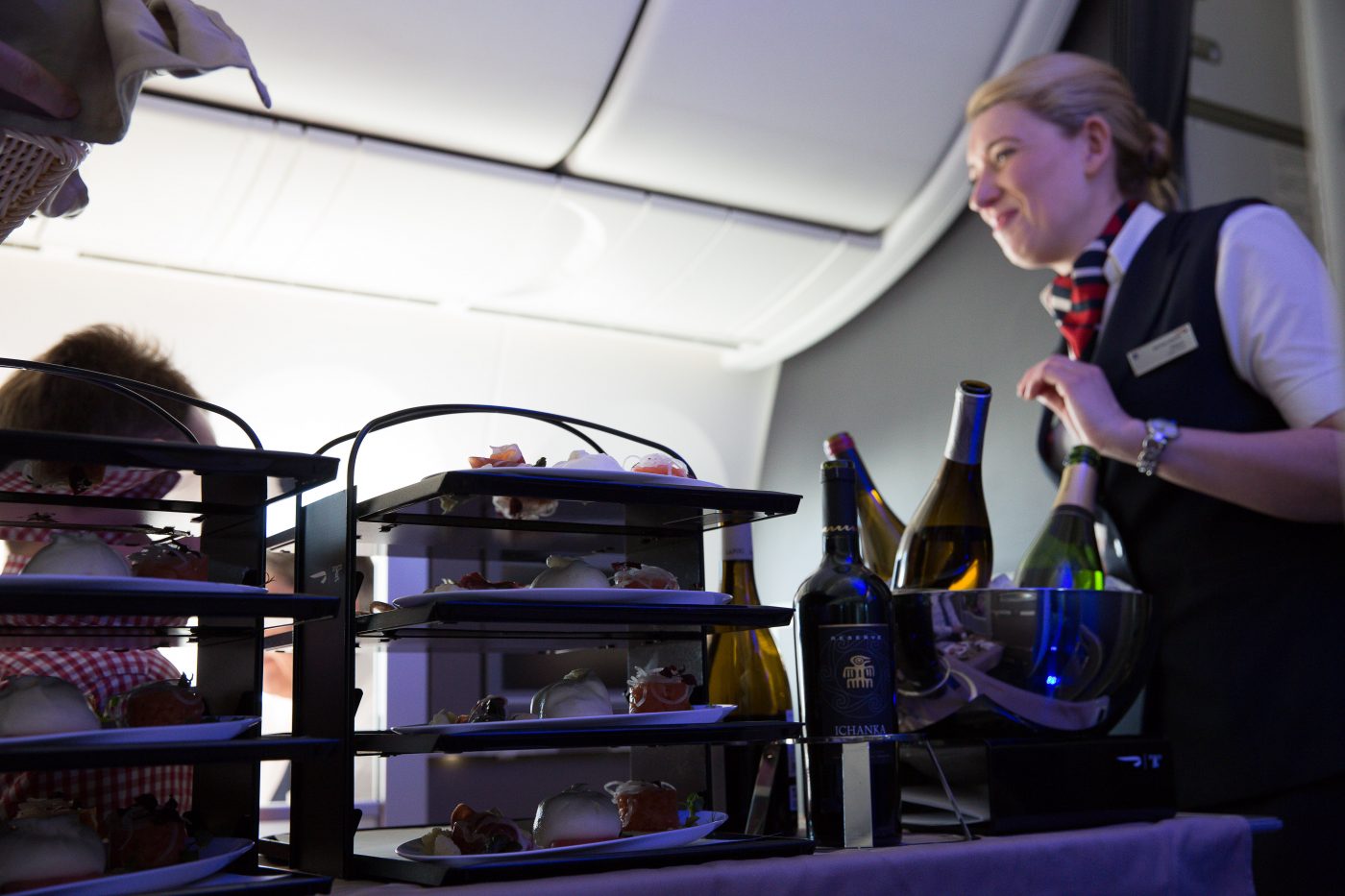 In addition to the £400 million being spent on Club World, at Heathrow a First Wing check-in area with direct security and lounge access has launched, and lounges around the airline’s network are to be refreshed and improved. The Club Europe cabin has also been introduced on UK domestic services.