You know Gorey, even if you’ve never been there. It is Jersey’s go-to visual image for brochures and postcards, a picturesque crescent of traditional fishing-boat harbour with a backdrop of castle and green hills. So, the Bass and Lobster, informally named not as a restaurant but a Food House, located in Gorey, has the dream location.

There’s a touch of Treasure Island minimalism with the plain wooden floor and sparse maritime prints. But the cocktail menu and bar are significantly upmarket to Long John Silver’s boozer. And God knows what strait-laced narrator Jim Hawkins would have made of Sex-on-the-beach.

Unusually the Bass and Lobster has its own fishermen, Andy and Dave Sullivan. Sea shanty sort guys who are not averse to heading out into tempestuous waves. Good news if you enjoy sea bass, as they are more plentiful in rough seas, but there’s more chance of catching plaice and brill in calmer waters. 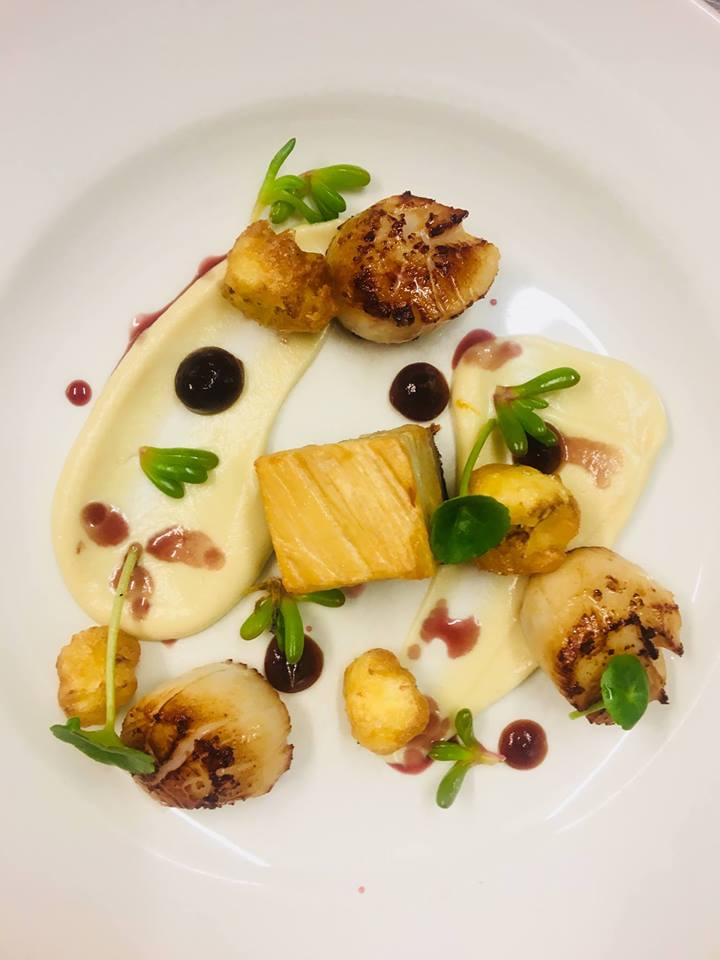 Fresh ingredients are at the heart of the Food House’s success. Merely hours ago, that firm fillet of red mullet on your plate was innocently swimming just off St. Helier. A glass window enables guests to see into the soul of the Bass and Lobster, a gleaming kitchen, where a team of chefs calmly undertake their professional responsibilities.

Owner Anna and her chefs are great believers in minimising food miles, chatting with Jersey’s farmers and market gardeners to create seasonal specials. Chefs exercise creativity with abundant local produce. There’s a very gentle seaweed butter, not too salty, to spread on the daily bread special – maybe caraway seed flavoured one day, perhaps with a cheese crust the next – with textures which would always warrant a Paul Hollywood handshake. 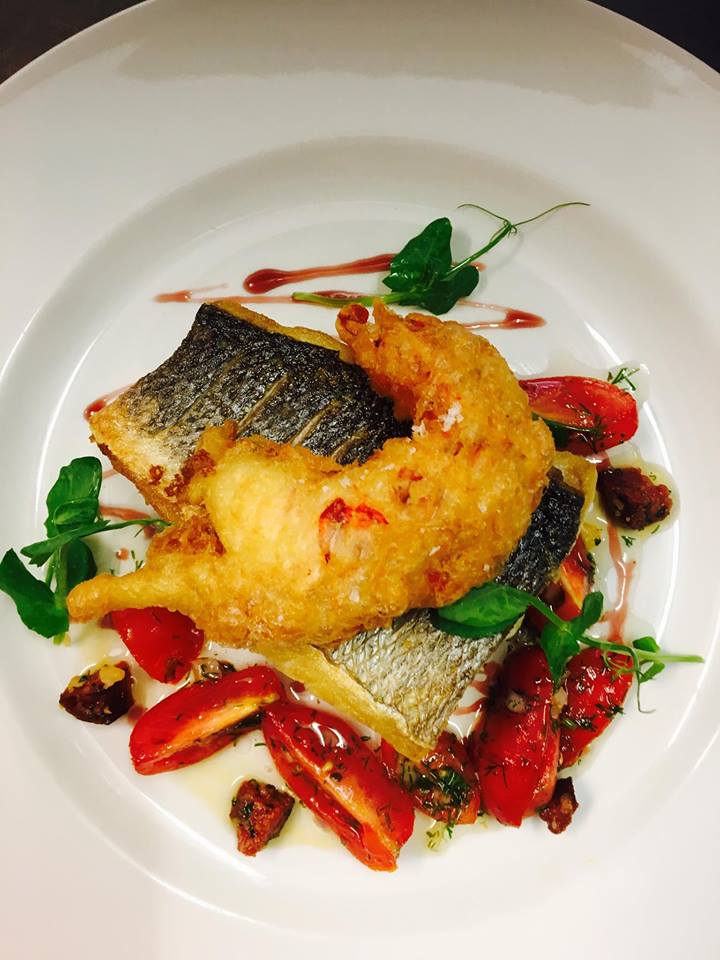 The Fish Market, a blackboard of specials – maybe skate, mullet (grey and red), sea bass and pollock – aka Davy Jones’ Locker – is the heart of the living, evolving daily menu. The chefs then team the fish with seasonal complements – recently parsnips and sprout purée.

Fishermen Andy and Dave also dive for scallops – hand-picked rather than dredged for environmental preservation. Although the chefs favour simplicity, the contrast of smooth, almost silky scallops with spicy chunky chorizo and roast cauliflower is so popular that it’s a main course as well as a starter.

Another starter, Tempura Prawns and Squid is an oriental odyssey with a tangy Asian slaw of white cabbage enlivened by a kick from slithers of chilli. A foie gras liver pâté pays homage to the cuisine of France which is just a short cruise away. 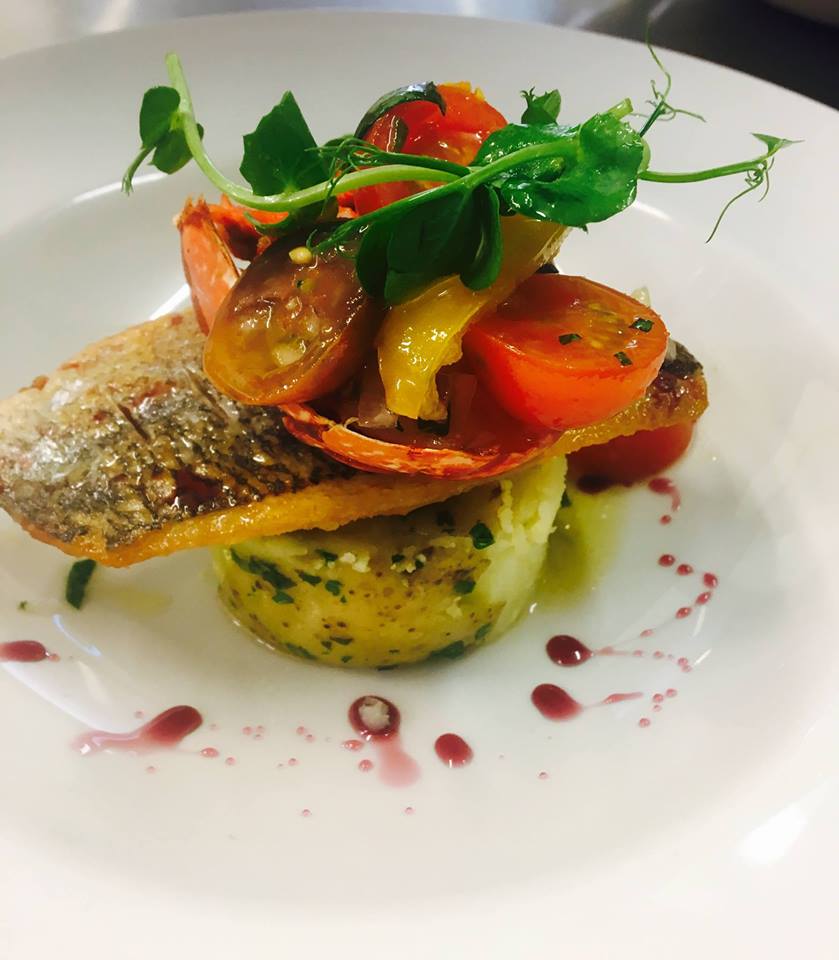 With the blackboard specials largely headlining fish  – vegetarian principles satisfied by offerings such as mushroom tagliatelle – the core menu focuses on dishes such as a perfectly judged boeuf bourguignon, venison and roasts of ostrich and pork. The chef’s choice of a decadent black pudding to complement belly of pork works well.  And there’s a burger too, if you are an unrepentant heretic in a fishy mecca.

A reasonably priced menu of the day, two or three courses, and a very sensibly priced wine list, there are around eight choices of red and wine, all contribute to making the Food House a regular treat for many Jersey folk. There’s something of a Cheers “where everyone knows your name” relaxed atmosphere. 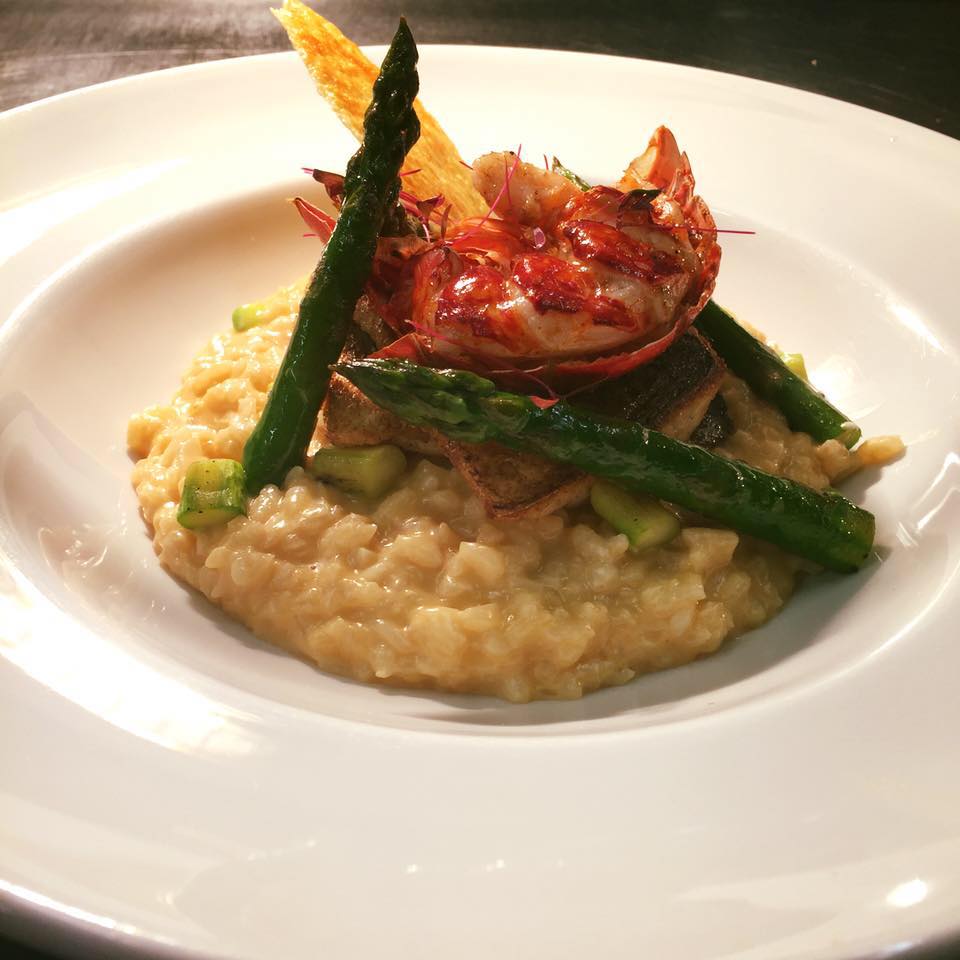 The light and delicately spiced Christmas Pudding steamed for three hours epitomises the chefs’ desire to source locally. It’s made with grated apples from a neighbour’s orchard, and appropriately topped with cranberry ice-cream. Though the chefs have their left-field Heston Blumental moments with an avant-garde Ice-Cream menu: maybe a harder sell is needed to shift the beetroot and horseradish creation. Meanwhile the Wasabi is reassuringly non-confrontational. It’s home of a brandy bucket basket bringing a welcome note of sweetness.

Open since 2009, Anna’s team deliver unobtrusive service, sufficiently relaxed for guests to chat, but not so leisurely that they’re waiting for the next course. 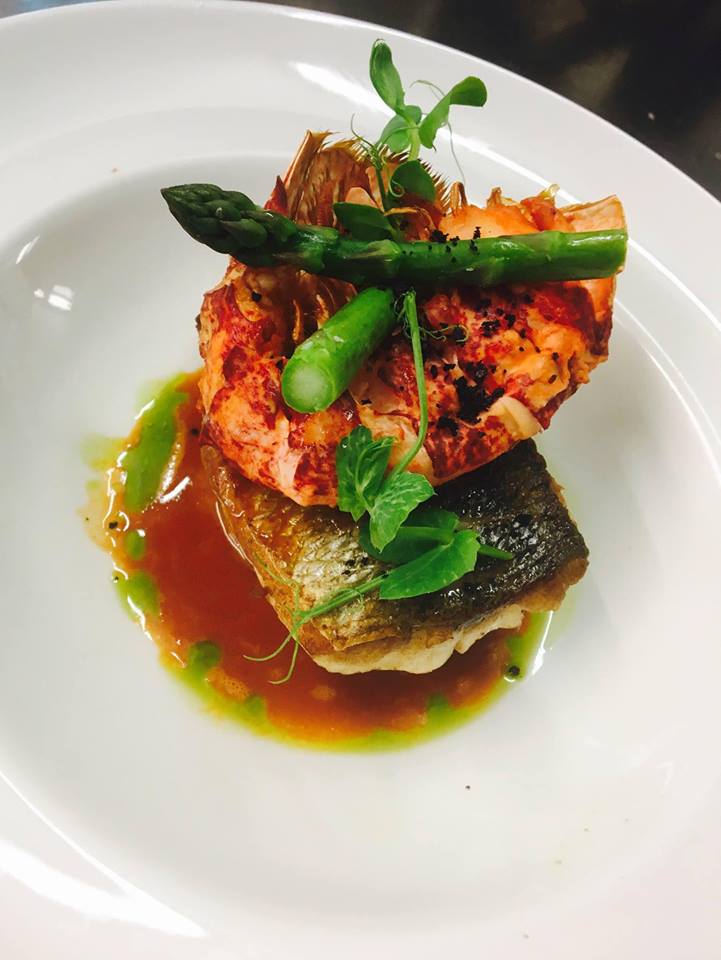 Any time is a good time to visit the Bass and Lobster but remember that October sees Tennerfest in Jersey. Sadly, long ago inflation demolished the concept of a three-course meal for a tenner but every autumn the Bass and Lobster’s chefs relish the challenge of putting together a creative bargain menu.

Tell me more about the Bass and Lobster Food House

The Food House is open from Tuesday to Sunday. 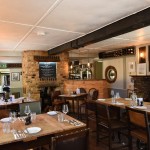 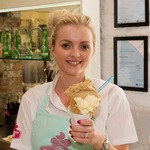