British Airways has added another three new routes to its 2015 Gatwick schedule. Seville in Spain, Funchal in Madeira and Las Palmas in Gran Canaria will all be available to book from today, and the first flights will take to the skies from March 2015.

The news follows announcements on eight other new Gatwick routes, taking the total number of destinations British Airways flies to from Gatwick to over 50 for Summer 2015.

From December this year, new winter sun and ski destinations will include Fuerteventura, Friedrichshafen and Grenoble. Fuerteventura in the Canary Islands will fly from December 13 this year and other sunshine routes launching for summer 2015, will include Cagliari in Sardinia, Heraklion in Crete, Rhodes in Greece and Bodrum and Dalaman in Turkey.

Colm Lacy, British Airways’ British Airways’ Head of Commercial for Gatwick, said: “We’re delighted to be offering our customers more choices to popular holiday hot-spots.“With so many new routes from Gatwick, our customers will have greater choice with even more value-for-money holidays to choose from, whether it’s a family break or a short weekend trip away. “In addition to the new routes, we are also responding to customer demand and now offer our customers day-trip and hand baggage only fares starting from £39 each-way, based on a return fare”.

The services to all three destinations will be served by a mixture of A319 and A320 aircraft from Gatwick.  British Airways flights also include free online check-in and seat selection 24 hours prior to departure, and in-flight refreshments. 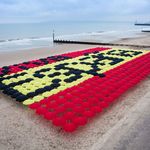 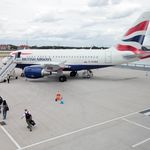