British Airways flights to the beautiful Greek islands of Mykonos and Santorini from 4th May will fly direct from Heathrow. It’s the first time the airline has ever flown to the two Greek islands,which will be served by an Airbus A320 with 162 seats and offering ClubEurope and Euro Traveller cabins.

The twice-weekly service to Mykonos starts from May 3 and to Santorini on May 4, with return fares starting from £254 and £233, respectively.

Richard Tams, British Airways’ head of UK&I sales and marketing, said:“Mykonos and Santorini are great short-haul holiday destinations and we think they’ll prove really popular with customers and sun-seekers.“They’re perfect for spending time relaxing in the sun on the beach or chilling out in the myriad of cool bars with stunning views over the Mediterranean.”

May also marks the start of an increase in frequency of flights to Austin in Texas and Chengdu in China. Flights rise from three to five a week to Chengdu and from five a week to a daily service to Austin – with British Airways’ brand new 787 Dreamliners flying to each destination.

Santorini – stay seven nights at the four star Scorpios Beach Apartments & Studios, bed and breakfast, from £639 per person, based on two adults and two children sharing a room. Travel on May 25. Including return flights from Heathrow. For reservations visit ba.com or call 0844 493 0758.

Mykonos – stay seven nights at the five star Petasos Beach Resort & Spa, bed and breakfast, from £639 per person, based on two adults sharing a room, for travel on May 17. Including return flights from Heathrow. For reservations visit ba.com or call 0844 493 0758.

hOLD FLIGHTS FOR A FIVER WITH BRITISH AIRWAYS 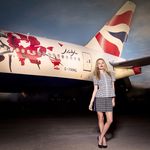 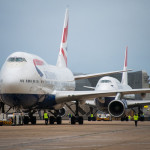