Saadiyat island’s white sands, washed by the warm Gulf of Arabia, is the coolest of Abu Dhabi destinations. An authentic paradise: infinite strata of aquamarine, cobalt, indigo, teal, turquoise and every shade of blue you care to name ripple towards Saadiyat’s beaches. 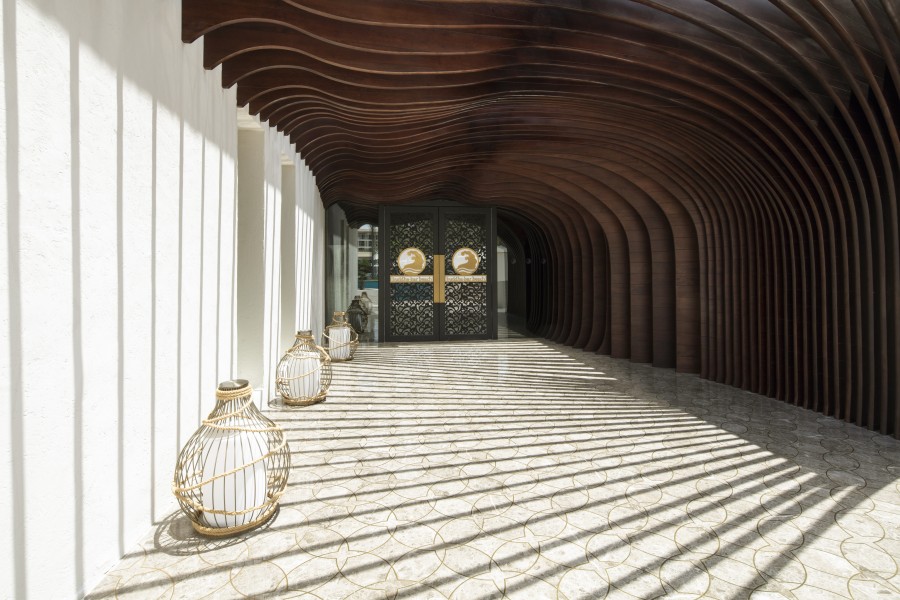 Walking up the entrance steps you could be heading for calming prayer at a Japanese temple. Buddhist serenity and oriental dark wood channel Zen calm. Check-in at reception and check-out of everyday hassle.

Above all Buddha Bar, since it opened two years ago, does seclusion and space.
Come summer, when a brutal burning sun bears down on Abu Dhabi, folk retreat into the Buddha Bar’s lounges, sit on bar stools at the Sushi Bar or watch the robata chefs in action. Six evenings a week guest DJs spin chill tracks. 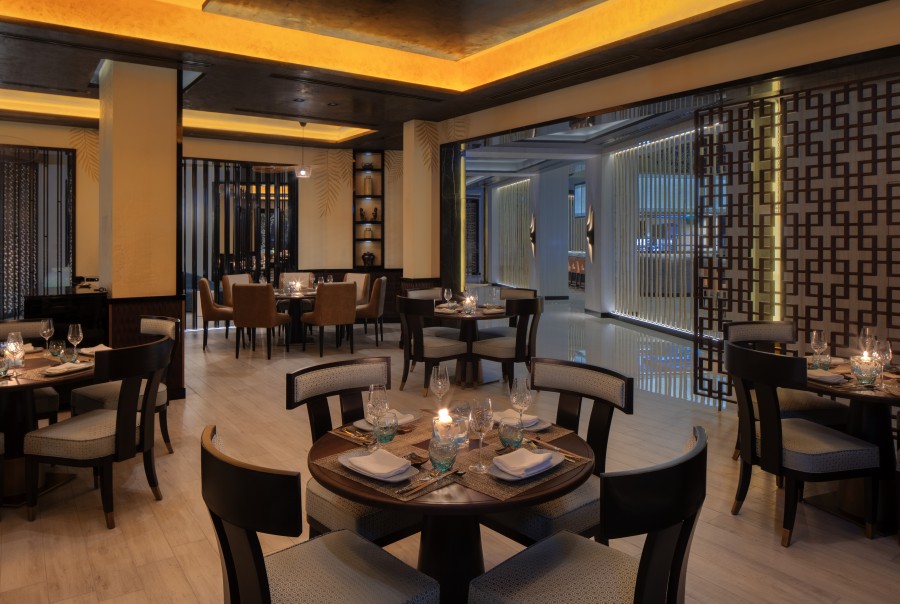 “So how do you dress for Buddha Bar?” (my wife asked, rattling hangers in her wardrobe). Think stylish beach chic, grown-up George Michael on a hot day. It’s as if you are auditioning for a contemporary remake of “The Great Gatsby”: brilliant linen whites, soft long-flowing pastels and the merest touch of golden bling to occasionally reflect glimmering sunlight. Accessorise at lunchtime with a chilled glass of rose. Also accessorise with designer sunglasses, taking a break, resting by the two-tone turquoise raffia placemats.

Even if you’re just calling in for lunch or dinner after a visit to the neighbouring Louvre Abu Dhabi – and it’s a mere ten-minute taxi-drive away – that is a dress code that will also serve you well at Jean Nouvel’s remarkably domed universal museum. As Saadiyat’s cultural zone develops, particularly when the Guggenheim Museum opens, the Buddha Bar and Restaurant will only become more popular. 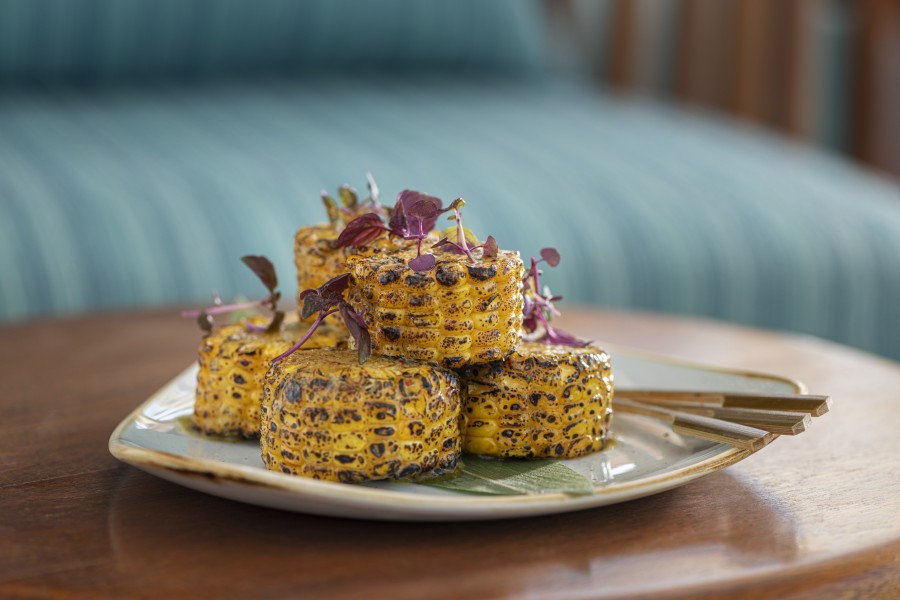 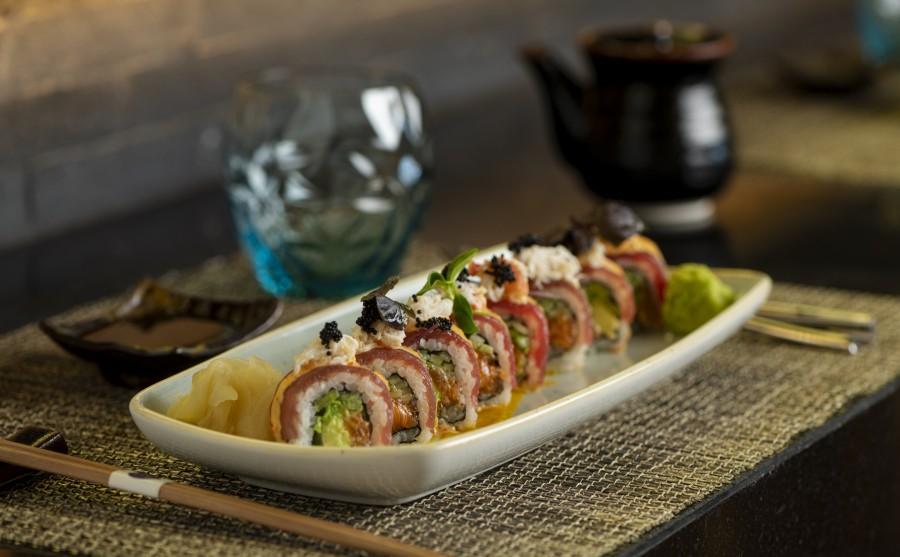 An extravagant oriental dragon embossed on the menu suggests appetites to head eastwards to sushi. A canvass sail above – and breezes from the Gulf, rustling palm fronds and golden white dune grasses – keep you cool, in a sort of fashion shoot way, whilst you make your menu selections. Meanwhile, the Bose sound-system meanders through a global playlist: sounds of Arabian ouds, a touch of smooth Brazilian samba and dreamy chill-chords from the Med.

I take the sushi option. Accompanying two meaty prawns is a wasabi, looking as greenly innocuous as guacamole, with a martial arts kick to the thorax. Be warned. Alongside sit delicate translucent layers of ginger. A soy sauce, with the depth and complexity of vintage wine, is almost an option too many. Crisp, crunchy zingy salads are also light lunchtime favourites.

Staff in crisp white shirts, fringed with black – those with short sleeves would not look out of place on the grass courts of Wimbledon – wearing traditional beige aprons, whisk plates away. No trainers here. Black leather shoes are formal and polished. 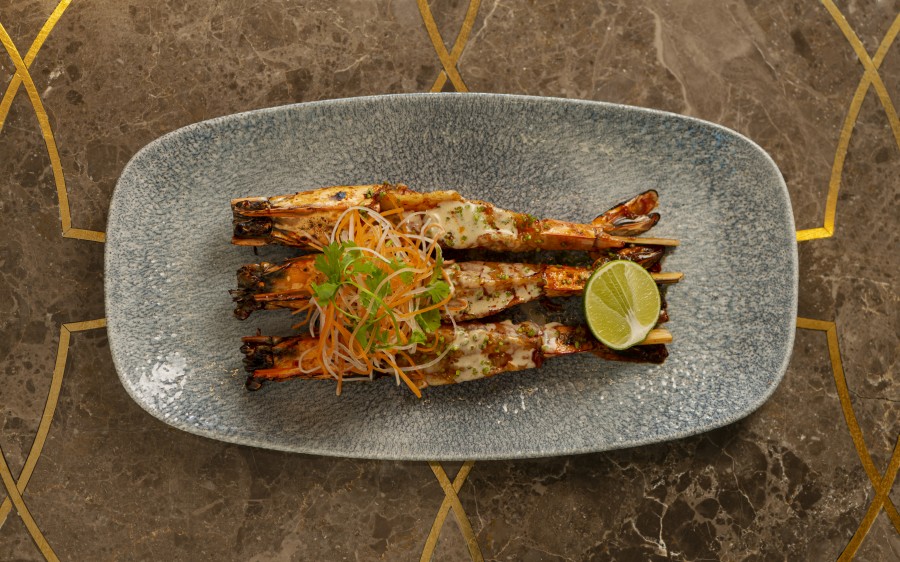 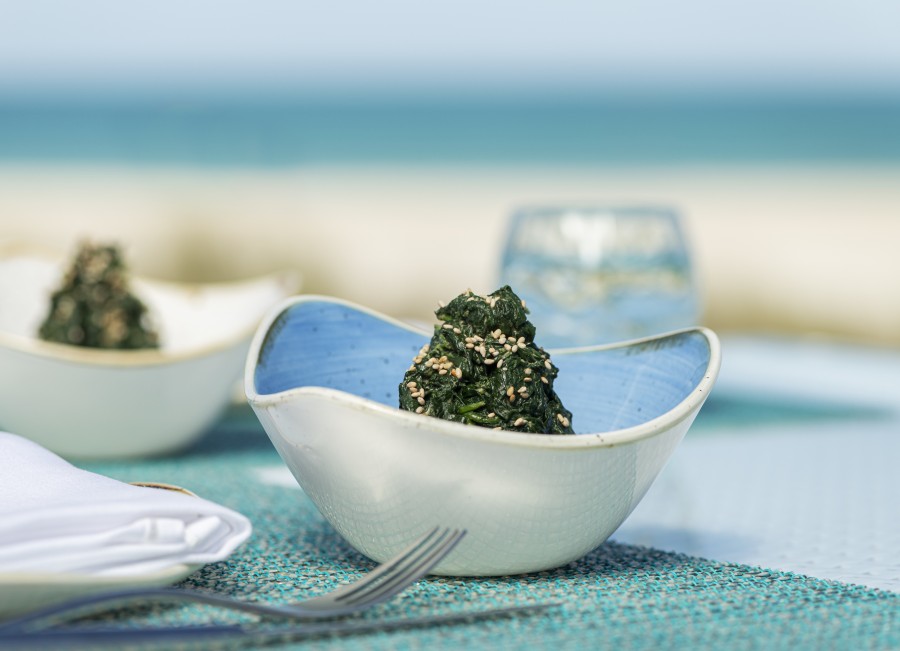 Chicken Kung Pao, with the ring of a character from an oriental superhero movie, packs some punch. Morsels of chicken are gloriously dark and sticky, cashews crunchy but birds-eye chillis and red peppers turn up the heat on the tastebuds. The dish is served with a bowl of white rice. A cool curl of cucumber – and everything is cool as a cucumber at Buddha – is so artfully delicate that it ought to be on display back at the Louvre. 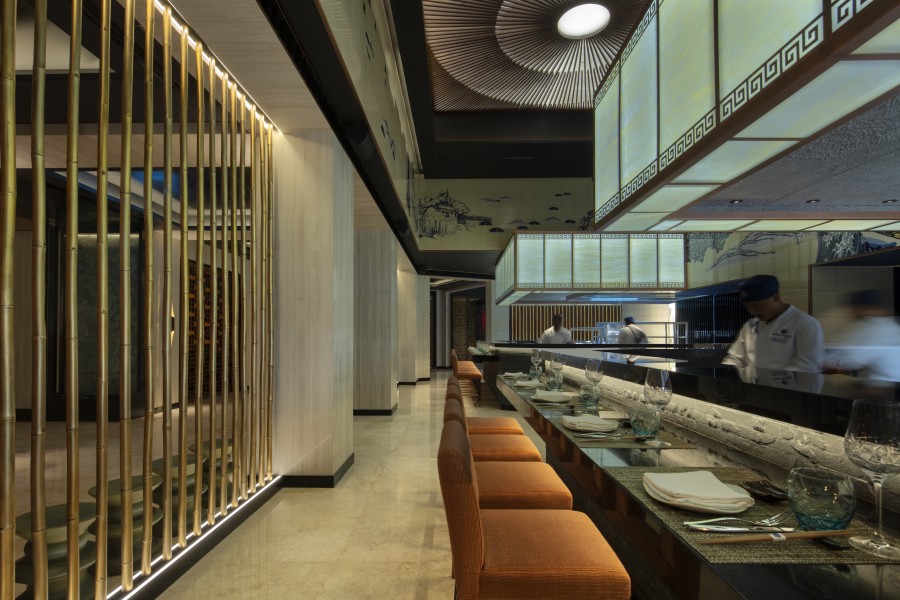 There are desserts. Platters of seasonal tropical fruit and Neri Goma ice cream with a sesame seed crisp. But it’s lunchtime and two courses will suffice for us. Besides the white cubist armchairs and sofas, with cushions of peach and jade, are calling from the lower deck chill zone. Also, coffee, followed by a walk along that idyllic beach, is calling.

Later as the sun sets, cocktails, a DJ and sharing dishes will smoothly take Buddha Bar’s many fans from day to night.

Tell Me More About Buddha Bar Beach At The St.Regis Hotel, Saadiyat Island 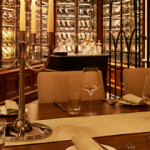 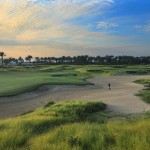