One in five car renters (22%) have spent money at the rental desk even though they thought they’d paid for everything when they booked their hire car. These car rental insurance extras are exposed according to a new YouGov poll of hire car drivers, commissioned by iCarhireinsurance.com,

Over a third (38%) have been shocked at the price of the ‘extras’ at the rental desk i.e. paying for extra drivers, child car seats and sat navs which can often double or triple the original car rental price.

A typical example is, travellers to Tenerife this year will pay on average £73 for their car hire (from five rental companies researched*) only to be faced with an average cost of £88 to purchase car hire excess insurance, a child’s car seat costing £41, a sat nav costing £51 and an extra driver costing £46 bringing the total bill for ‘extras’ to £226.   This is over three times the original hire car bill.

The most expensive outlay at the rental desk is usually the excess (waiver) insurance which protects renters against the first part of an insurance claim if the vehicle is damaged or stolen (even if it’s not the renter’s fault).  This can cost up to £24** a day, compared with a policy from a specialist provider like iCarhireinsurance.com which costs from £2.99 a day or £39.99 for an annual European policy.

Excess or waiver polices bought from car hire companies don’t usually include vulnerable parts of the car like the tyres and windscreen.  Over half of people surveyed (58%) said it was unfair that they could be sold a policy that did not include these parts.  An iCarhireinsurance.com policy automatically includes these vulnerable areas as standard and provides up to £6000 of excess reimbursement.

“Travellers who have planned their holiday budget carefully are finding themselves ambushed at the rental desk with the high cost of extras,” said Ernesto Suarez, founder and CEO of iCarhireinsurance.com.  “However it is possible not to spend a single Euro if you bring your own sat-nav (or use an app on your mobile) and child’s booster seat, and don’t put an extra driver on the policy. Also, always research your rental provider’s car hire excess insurance in advance of travel, and compare this to the cost of an online excess insurance policy from an independent provider to see how much you could save.”

* iCarhireinsurance.com compared the prices of five rental companies (Europcar, Hertz, Avis, Budget and Sixt) at five destinations (Larnaca, Nice, Tenerife, Faro and Barcelona) for a week’s compact car hire from 23 – 30 May 2015 to reveal the hidden ‘extra’ costs at the rental desk. 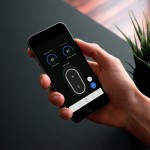 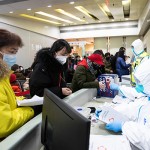