Following on from it’s appointment of Lisa Lutoff-Perlo as President and CEO it seems women are firmly in the driving seat as Celebrity Cruises announces first ever female captain – San Francisco native Kate McCue.

Kate will command Celebrity Summit – a 91,000-ton, 965-foot ship in the Celebrity Cruises fleet, sailing between the eastern United States and Bermuda. As Captain, she will be responsible for the safe navigation of the ship and its 2,158 guests and 952 crew members.

With fifteen years maritime experience behind her, the 37 year old has managed ship logistics while sailing worldwide itineraries, including Europe, Asia, Australia, the Caribbean, the Pacific Northwest and Alaska, and along the Panama Canal. Captain McCue has also served as a maritime leader while sailing several transatlantic and re-positioning cruises, and played a notable role in the revitalisation of ships in Singapore. 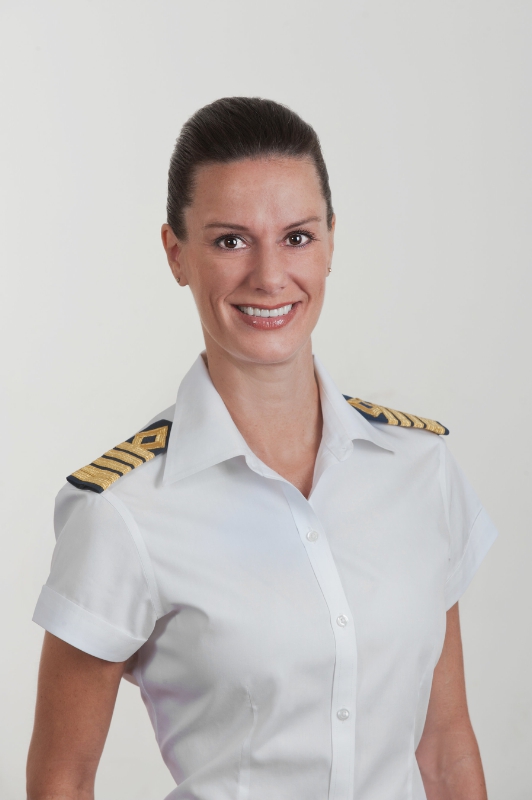 “From the first time I met Kate, I looked forward to this moment, when I could extend my congratulations to her for being such a dynamic and highly respected leader who will continue to pave the way for women in the maritime industry,” said CEO Lutoff-Perlo. “Of all the great moments throughout my career, this is at the top of my list. I am both honored that Kate accepted this position, and proud of the way our team continues to transform the way people think about Celebrity, and about cruising in general.”

“Becoming the first female American captain of a cruise ship has been a goal of mine for as long as I can remember,” says McCue. “The honor is amplified by being the first at a company like Celebrity Cruises. The cruise industry is ever-evolving, from the ships and the itineraries, to our guests’ expectations for vacation experiences. Celebrity has a history of delivering on each of these, and I am thrilled to be a part of it.  I look forward to working with an amazing team and the exceptional leadership who bring the Celebrity Cruises vision to life every day.”