Christmas Day in London – Dickens to the rescue

First a warning: London tends to close down on Christmas Day. Public transport does not run and most restaurants and shops are closed. Christmas day in London is a little bit special.Theatres remain dark. Anyone deposited into the city by one of the few flights that operate, finds themselves obliged to take a taxi, running on astronomical holiday rates,  to escape the airport.

For years now, unsuspecting travellers have been deceived by the glittering pre-Christmas excitement in the capital into believing that, like Scrooge in “A Christmas Carol”, they will walk out into a snowy London on Christmas morning where red-cheeked children throng the streets and happy locals might just skate to the butchers for that last-minute turkey.

Christmas Day often dawns rainy and dank in London. Snow is rare. The British spend Christmas with their families and tend not to venture out until Boxing Day – usually just for a long walk to burn up some of the mountains of food they have eaten the previous day while watching hours of television. 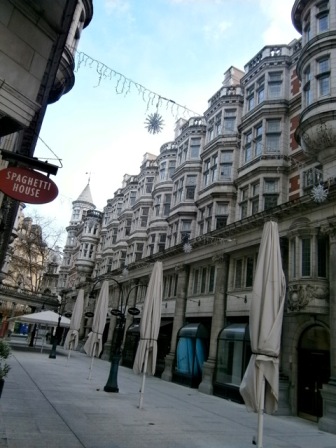 However, there are some exceptions. First and certainly the best choice for a Christmas Day outing is to the home of the man who had a hand in creating the modern version of Christmas: Charles Dickens. The Charles Dickens museum is usually the only museum in London to be open on Christmas Day.  Situated in Bloomsbury in the heart of London at 48 Doughty Street it was the home of Dickens for many years. They serve traditional mince pies and mulled cider, screen various versions of “A Christmas Carol” (I once watched “The Muppet Christmas Carol” on Christmas Day here) and have rooms full of memorabilia associated with the great man. Plan on a leisurely Christmas Day walk to get there, or if you are feeling energetic, rent a “Boris bike.” The city’s bike rental service is a popular choice with marooned visitors on Christmas Day.

Throughout the UK including London, pubs do open for the lunch-time service on Christmas Day. They don’t always serve food but provide a very convivial gathering place to celebrate the day with locals before everyone heads home for turkey and the Queen’s Speech on the telly. 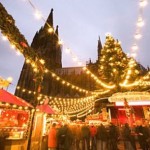