Andy Mossack discovers a whole new Detroit, re-emerging from the ashes of bankruptcy. it really is the Comeback City.

“We didn’t come here just to play, we came to pray too.” Martha Reeves is reminiscing as we sit together in Motown’s original Studio A on West Grand Boulevard. Perhaps all that praying paid off, as Detroit’s recent revival is nothing short of a miracle.

Out of the abandonment and desolation of the recent financial crisis, the city is regenerating spectacularly quickly. Due in a large part to Detroit billionaire Dan Gilbert, the owner of Quicken Loans. He saw the potential in snapping up Detroit’s vast numbers of abandoned but once glorious buildings at knock down prices, investing in their refurbishment and offering them up to arty toffs.

As Kim Rusinow the owner of Destination Detroit Tours told me during her excellent tour of the city “”we auction off buildings like galleries auction art work.” Gilbert’s portfolio now extends to over 100 of these stunning art deco beauties and his interest has attracted like minded investors to what he calls “Opportunity Detroit.” While this may well be exploiting cheap property for commercial gain, in reality it is preserving the very fabric of what Detroit is all about. And that can only be a good thing. In Gilbert’s defence, as a Detroiter himself, he understands this completely and lit the touch paper on recovery by moving his own Quicken staff into properties downtown. 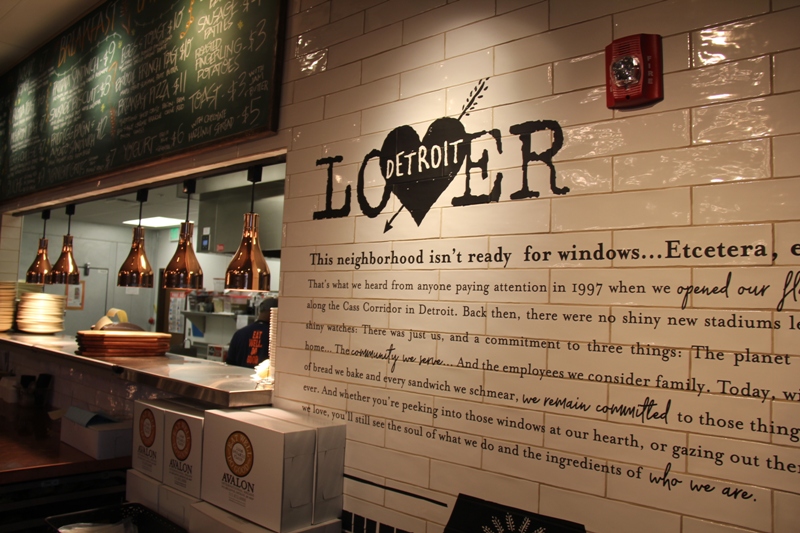 Of course, gentrification brings opportunity, and Detroit’s downtown and riverfront are now home to trendy restaurants and hip cafes enjoying the cheap rental space and there’s a thriving art scene that has created some stunning giant murals around the city.

There are still many scars of abandonment away from downtown, but rebuilding a city takes time and you have to start somewhere. And that somewhere, has happened so fast, it’s even taken the locals by surprise. In a good way. 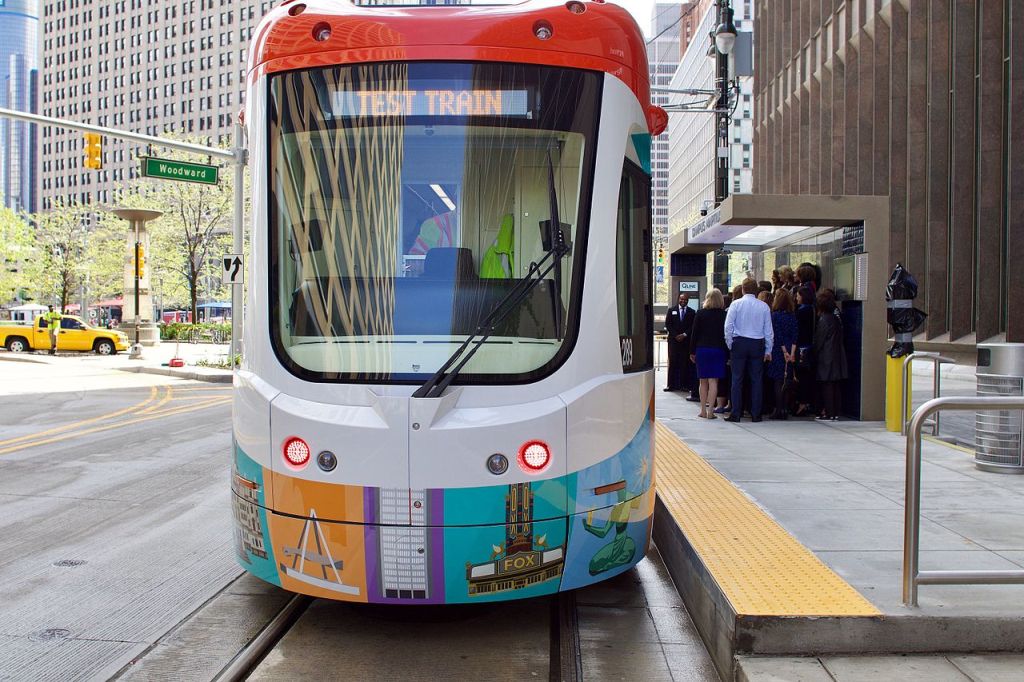 Perhaps the biggest pointer towards Detroit’s re-emergence is the brand-new Q Line street car (Q for Gilbert’s Quicken) which launched this month. A 3.5 mile service connecting downtown with Detroit’s railway station at New Center with 20 stops along the way. Somewhat ironic for a city which became famous for car production rather than public transport..

So what does today’s Detroit offer as a tourist destination. Can you really enjoy a quality holiday here in Motor City? I think you can, and here’s why:

The Detroit River is the natural border between the USA and Canada with Detroit Michigan on one side  and Windsor Ontario on the other. Windsor seems almost within touching distance  as I stroll along the new River Walk; a 3.5 mile paved trail with just landscaped parks, walkers, runners and fishermen for company. It runs from the Joe Louis Arena down to Gabriel Richard Park just past the Macarthur Bridge to Belle Isle. 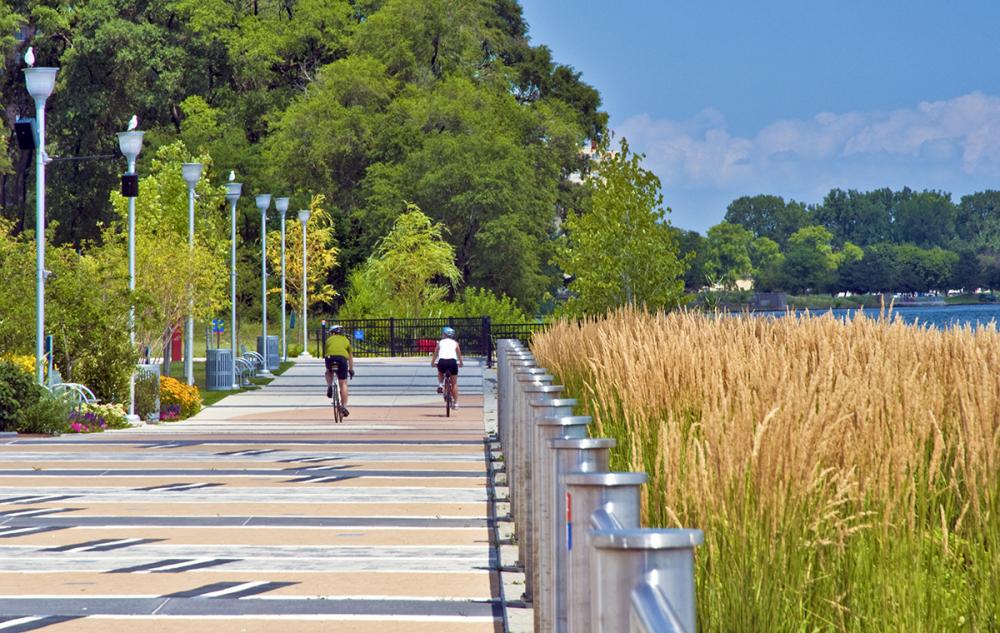 While we’re mentioning Belle Isle, it is well worth exploring. Literally an island between the USA and Canada, it has a remarkable Victorian conservatory housing a stunning botanical garden, an aquarium, a nature zoo and miles of hiking trails. Back in the days of prohibition it was also a popular place for bootleggers running boats across to Canada.

There are plans to expand the River Walk to over 5 miles between the Ambassador and Macarthur Bridges.