Of course, Domaine de Perches, a 17th century wine chateau restored with immaculate modern taste, is the perfect base for touring Occitanie: Auch’s late Gothic cathedral, the medieval city of Albi and it’s Toulouse Lautrec Museum, the cobbled village of Cordes-sur-ciel floating in the sky on a misty morning, a serene Cistercian monastery, Armagnac and wine tasting

But, also there is also a wish that, in an alternative life, it might have been you, rather than Alain and Howard, hosting guests in this epic restoration. It could have been you serving a chilled gazpacho or a seared tuna steak to your fortunate guests who’ve decided to park the car for the night and indulge in some of Gaillac’s fine wines. 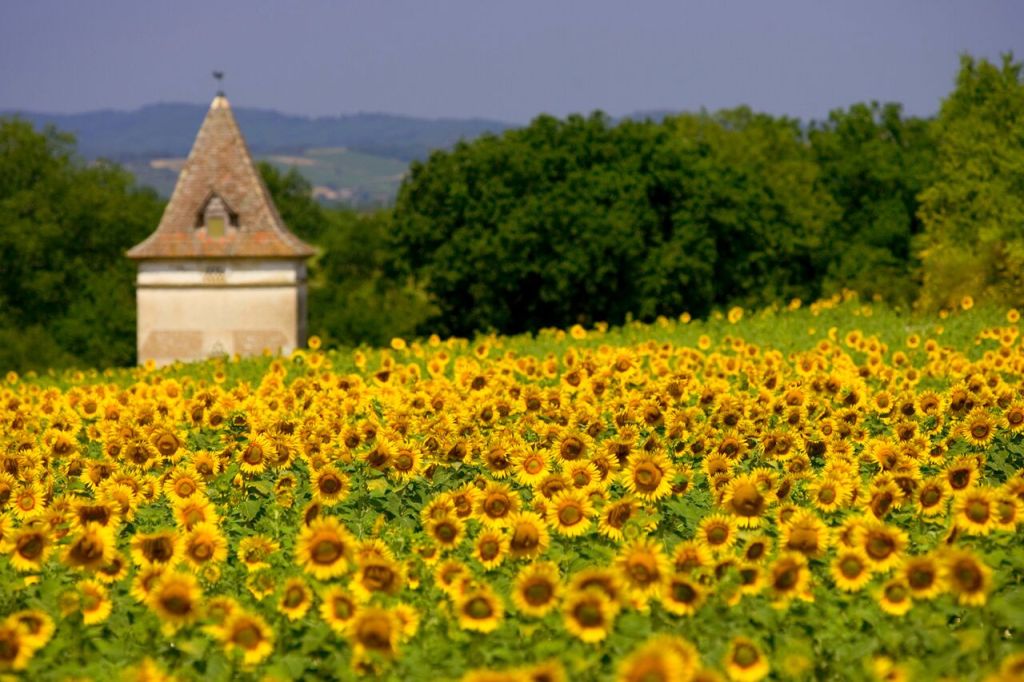 Somewhat ironic that Le Domaine de Perches, a chambre d’hôte located forty miles north-east of Toulouse airport, in a dreamy golden-wheat-sunflowers-vineyard landscape may be the quintessential English Dream. Ironic too, that most of us could articulate the rags-to-riches go-getting American Dream but struggle to define an English Dream. For post Peter Mayle’s A Year in Provence, almost every Waitrose-shopping Brit dreams of a “project” in Provence or Tuscany.

“In fact,” says Howard, “there are rather a lot of people round here from somewhere else. We may be the new Provence.” 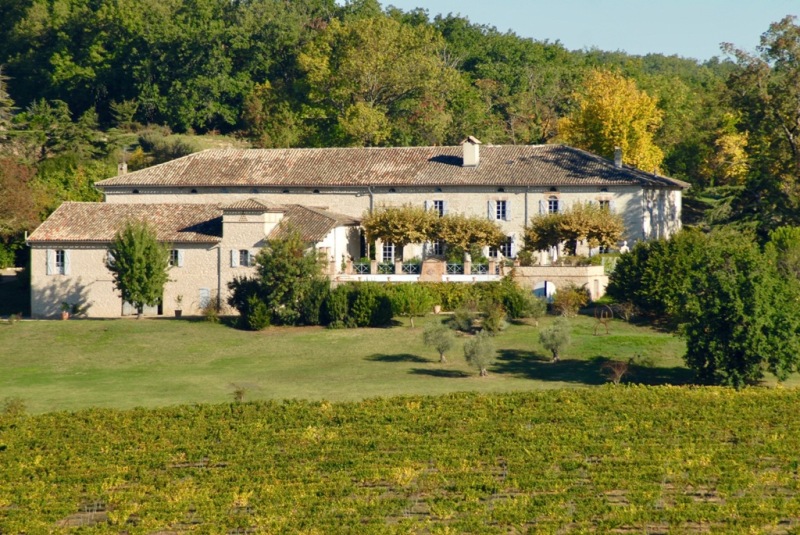 Domaine is a soothing sanctuary, where wage-slaves can live The Grand Designs dream for a few tranquil days, you can almost hear Kevin McCloud purring his appreciation, with views over the valley vineyards to the Montaigne Noire. For Alain and Howard are indefatigable restoration heroes: cultured interior design visionaries with impeccable taste.

“We were looking for something smaller,” says Howard, Domaine was their second project in this region, “but we fell in love with this place.” He was unable to resist an understated wave that took in a four-hectare panorama of house, swimming pool, tennis court, lily pond and a vineyard that is now harvested by a neighbour. It is a vista waiting for a contemporary Monet.

“Utterly impractical,” adds Howard, almost as a wistful aside to himself. For nine huge solid concrete wine vats are still present as a demolition man would not touch them. “We got the massive wine-press out – just,” confirms Howard. 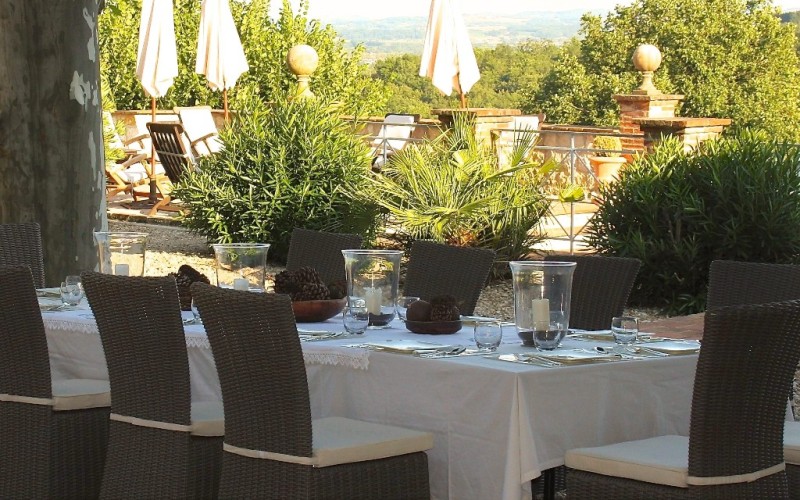 Alain and Howard have taken the chambre d’hôte concept to another level. They are the ultimate hosts, sharing a pre-dinner drink with their guests. The venue is dependent on temperature and light. Perhaps on the decking by the pool or in cooler autumn a picture window to admire the sunset.

They bring their guests into their gallic world, gossiping of the crops that are flourishing, the restauranteur who has bagged a great chef and another who has lost his Michelin star, the local vintner who is experimenting with an interesting rosé. 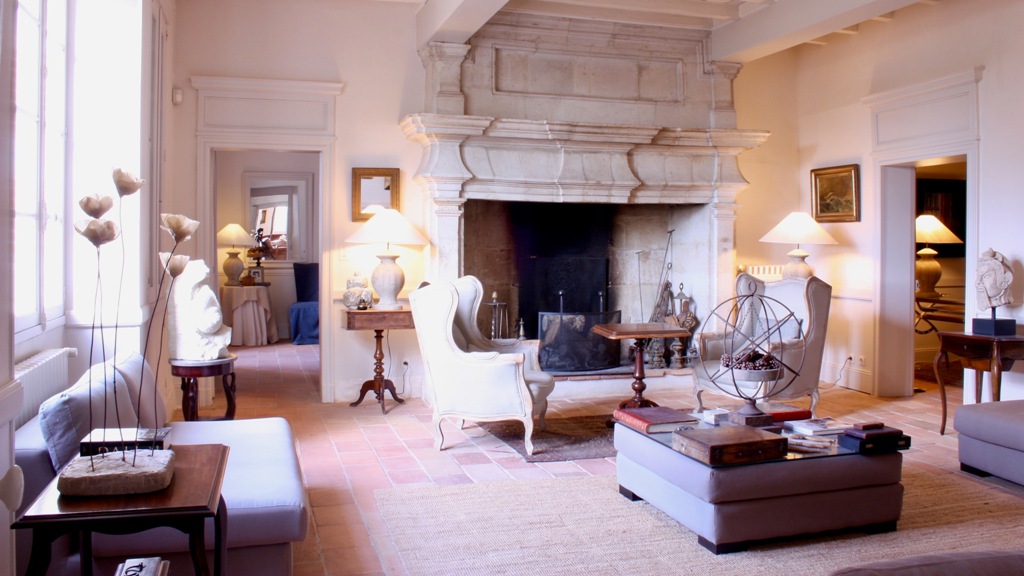 Suddenly a four-course meal emerges and neither Alain or Howard has been absent for more than a couple of minutes. Then they recommend some remarkable local wines to complement each course as they dine with you. Armagnac follows. 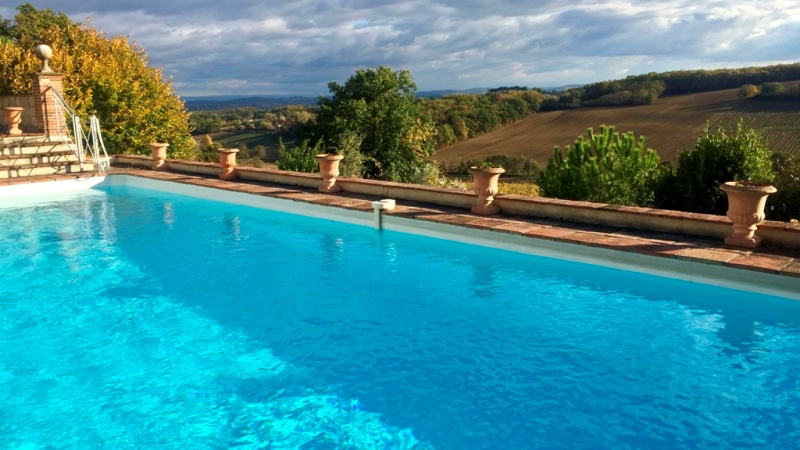 The chambre d’hôte concept is not for everyone, some want a silent reflective breakfast, though breakfast is never served earlier than 8 o’clock. But Domaine has a remarkably high percentage of returning guests who savour their slice of upmarket French rural living while Alain and Howard give their take on all things French.

Rooms began at €150 per night bed-and-breakfast, for the Mauzac room, and rise to € 205 for the Syrah suite.  There is a charge of €50 per head for an evening meal including drinks.

Book directly, through the website, to receive the best rates.

Domaine de Perches is 40 miles north-east of Toulouse airport. Hiring a car is the best option for arriving at the hotel and for touring the many local attractions.