This is quintessential England. A generous decanter of sloe gin to welcome you. Inviting deckchairs around the immaculate croquet lawn. Umbrellas and a hot-water bottle, placed in the rooms, accepting the vagaries of the English climate. Sunlight illuminating the Regency striped wallpaper of the Drawing Room.  A peel of bells calling worshippers to Evensong in the Abbey, choristers’ heavenly hymns drifting on the breeze.

A reassuringly solid Georgian facade is a reminder that this large house – now the refined Eastbury Hotel – was once a gentleman’s home, when it was built, back in 1784. Decades before Thomas Hardy had even thought of Jude and Tess, not together – walking through the golden sandstone buildings of Sherborne. Now there’s a thought – could Jude and Tess ever have become an “item”?

Best of all, The Eastbury is within a short stroll of the heart of Sherborne, Dorset’s forgotten gem. Sitting pretty, south of England’s holiday highway, the A303, and just a short drive north of the Jurassic coast, this quiet market town has an old-world charm. 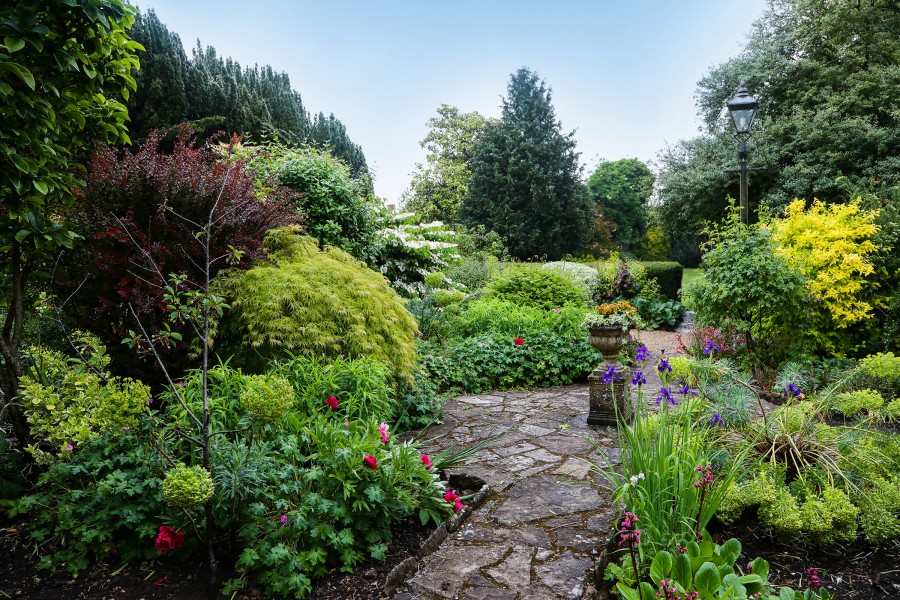 Sherborne, with its posh boarding schools, is set within an emerald landscape whose villages often have a Charlton, Magna, Nether or Wallop in their names. Yet, Sherborne as a relaxing country retreat is merely two-and-half hours from London’s Waterloo Station. The Eastbury Hotel will send their polished 1964 leather-and-chrome Beardmore taxi to the station to pick you up. 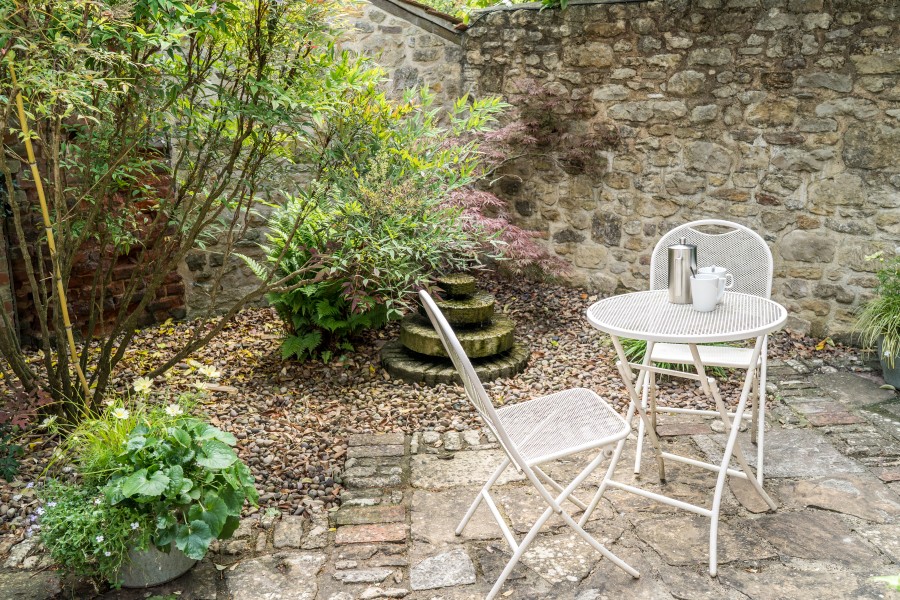 Currently, there are 21 rooms and suites all connecting to the rural setting – Anemone, Bluebell, Cowslip, Delphinium, Elder, Freesia, Geranium, Iris and – you probably get the theme by now. Perhaps Yew, a ground floor suite, takes pride of place with its gentle pastoral palette of lovat greens and creams. The four-poster bed originating from Littlecote Manor, with its heavy drapes to keep out those cutting 18th-century droughts, must have been disappointed not to get a part in “The Favourite.” Within Yew’s private walled garden, imagine a birdsong soundtrack too, there is a patio table and chairs, allowing you to savour the sloe gin al fresco. 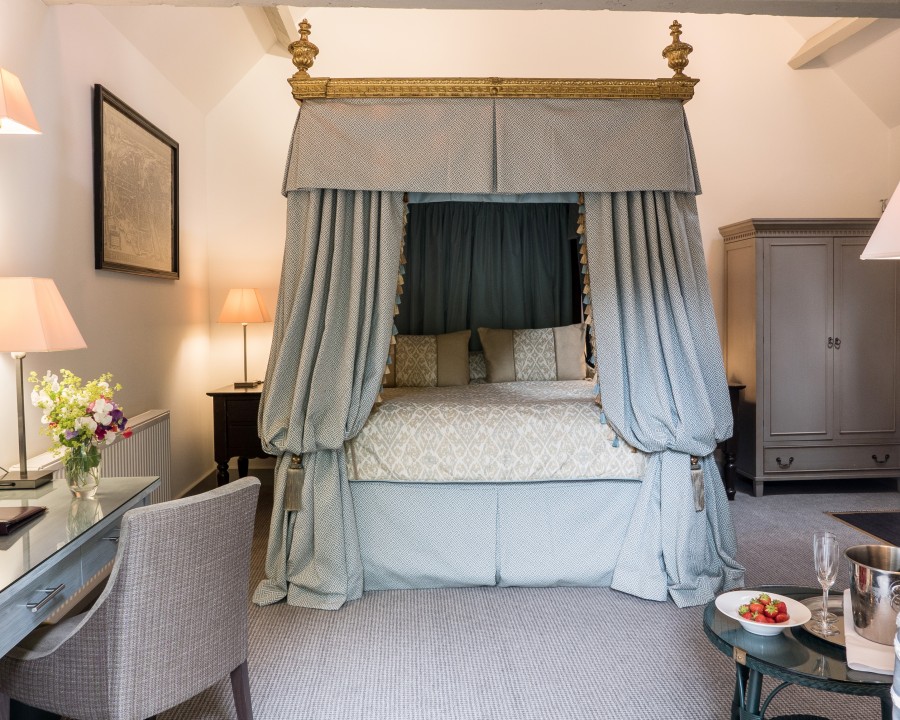 There’s a hint of Belgravia to wisteria-draped Sherborne as there are a plethora of independent shops including antique dealers, artisan bakeries, cafes for civilised afternoon tea, a shop for buying your lingerie and cruise wear. In addition, there’s a lively bookshop providing author reading and signing sessions, a treasure trove of a second-hand bookshop, plus plenty of high-end ladies’ boutiques. For the gentlemen, there is Orvis to satisfy your fishing tackle and country clothing requirements. At “Just Bears” you can either buy a Teddy Bear off the shelf or take a day course to create your own bear. When you are finally shopped out you will need a reviving visit to the top-notch vintners.

There’s an arty side to Sherborne too. Every year arias and sonatas soar through towering pointed Gothic arches to a vaulted ceiling during the Abbey festival. Throughout the rest of the year, there are regular performances from the choristers and organ recitals. There is an annual Literary Festival too. 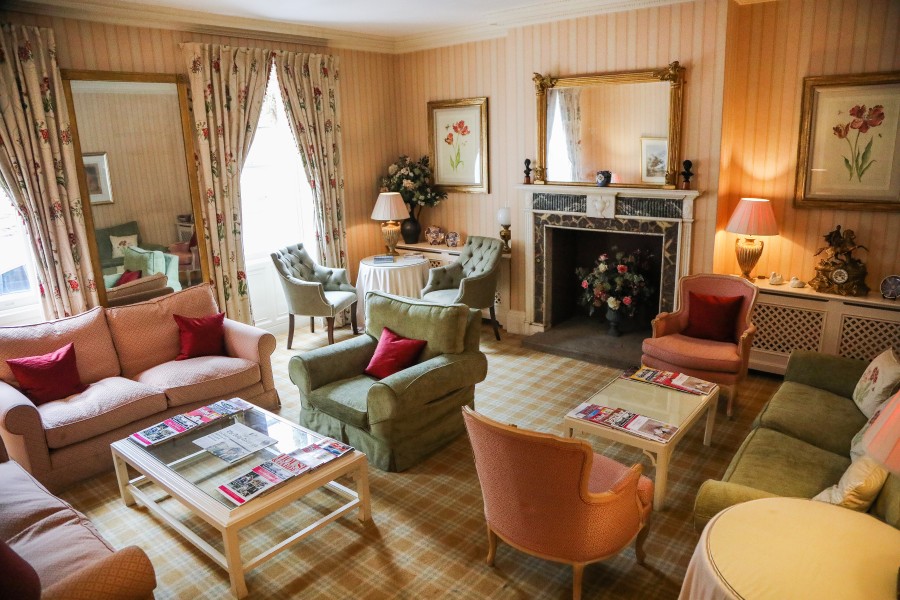 Eastbury became a hotel in the 1920s and recently it has been given a makeover by new owner Peter de Savary. He has hung some of the original artwork from his Golden Age of the Illustrator collection alongside the glamorous 1920s and 1930s magazine covers the artwork produced.

A pianist playing on a white piano matches well with the hints of nostalgia in Matt Street’s menu. Walking around the Executive Chef’s garden in the Eastbury’s walled grounds you sense that he prioritises local produce. Yet, Street scours the world for ideas too. A sharp verjus sauce accompanying the carpaccio of octopus salad is a Syrian concept, whilst oriental wasabi brings bite to the Devon Crab. Eastbury’s original gentlemen owners would have approved of the chicken breast, rump of lamb and venison loin on the menu. There’s plenty of creativity too. The venison is served with a sage and almond pesto, whilst caramelised onions, Greek yoghurt and courgette work brilliantly with lamb. These flavours may soon persuade the AA’s food inspectors that Seasons should be promoted from two rosettes to three. 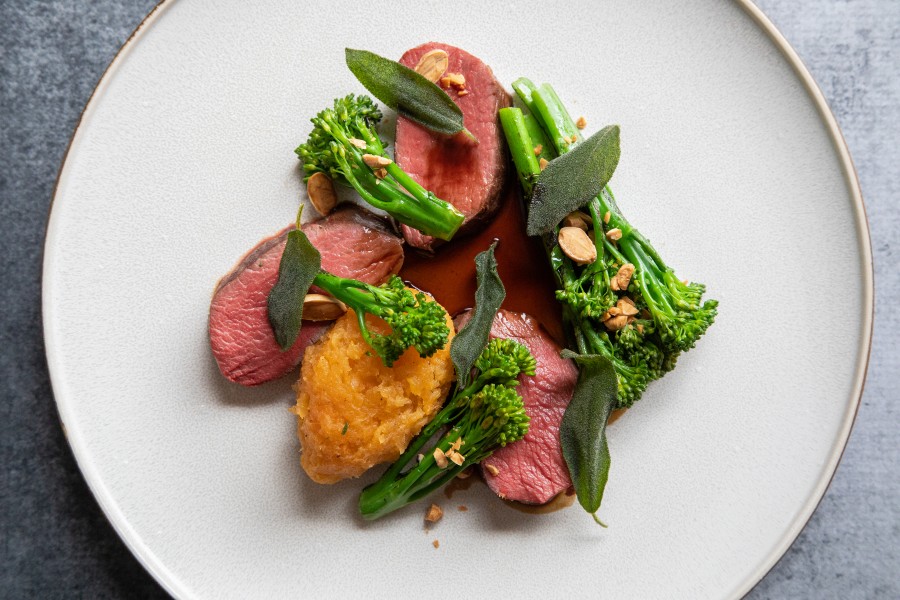 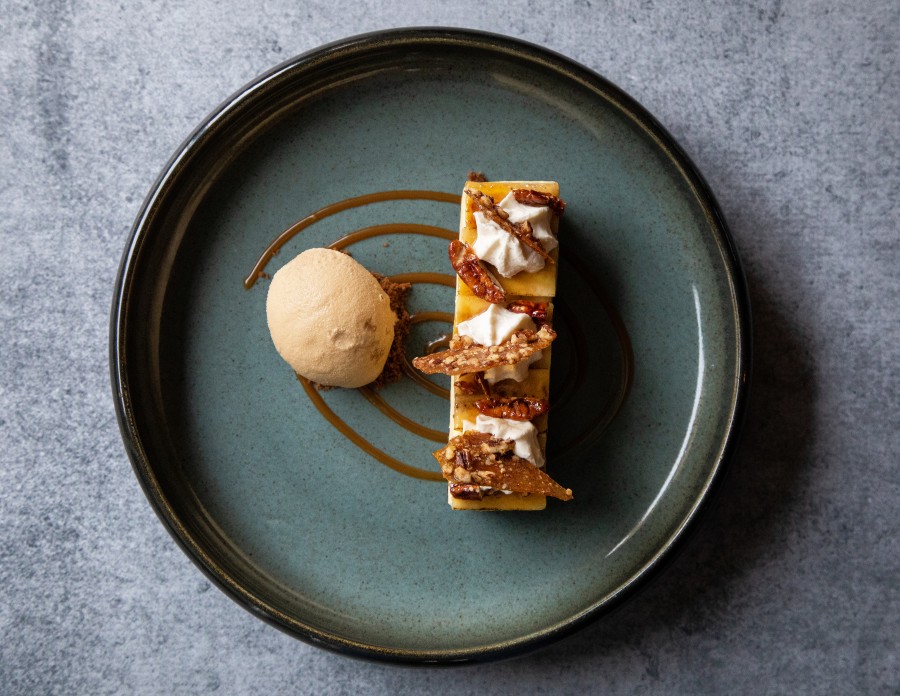 By late summer, the Eastbury’s next phase of development will be complete. Five new rooms, The Victorian Potting Shed Rooms, with environmentally friendly moss and Sedum green roofs, as well as state-of-the-art wet rooms will be ready. Also nearing completion is a woodland spa, based on the design of a Hobbit House. Containing two treatment rooms, a mini-gym, a hydrotherapy pool, a steam room and an outdoor hot tub – the Eastbury Hotel will become even more tempting as a country retreat.

Tell Me More About The Eastbury Hotel

Click here for the very best rates for the Eastbury Hotel 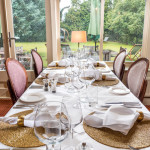 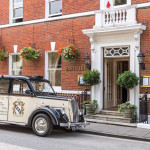