In a dusty parking lot in a rather unfashionable part of downtown Houston, former president George Bush stands patiently adjacent to John, Paul, George and Ringo; almost like he is auditioning for the unlikeliest supergroup of all time.

Unlikely for all manner of reasons, but in this case mainly because these famous personalities are statues left behind in the wake of sculptor David Adickes departure from town.  These characters may have been giant personalities in real life, but as far as David Adickes is concerned, they are giant in the literal sense too because he is famous for creating sculptures that are, well, huge in every sense of the word.

This was once the back lot of his studio in Summer Street, but since his departure, it has become a rather quirky tourist attraction. His works of art simply lie abandoned like forgotten kids at a party. Giant heads of prominent celebrities and famous historical figures stand like silent sentinels in a rather spooky line; the fab four, created for a commission that never worked out, stand immortal, their hands connected to their instruments, but with no arms connecting them to the rest of their bodies! 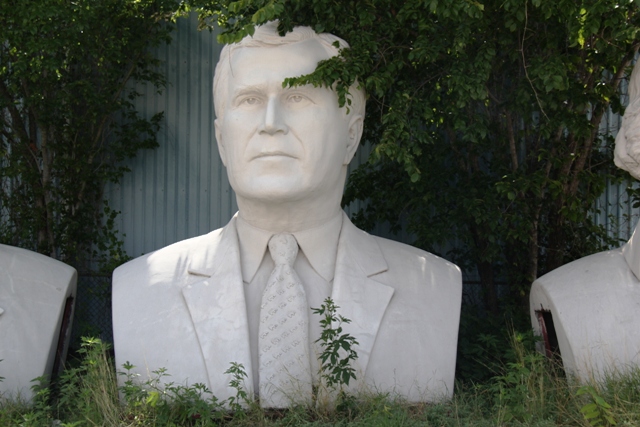 I stand in front of the towering visage of Sam Houston and feel dwarfed and I admit, a little humbled by it; as if the very presence of the great man is somehow there with me. It is a very strange feeling standing surrounded by these immense pieces because deep down you know they are only plaster, but nevertheless I wouldn’t want to be here after dark! 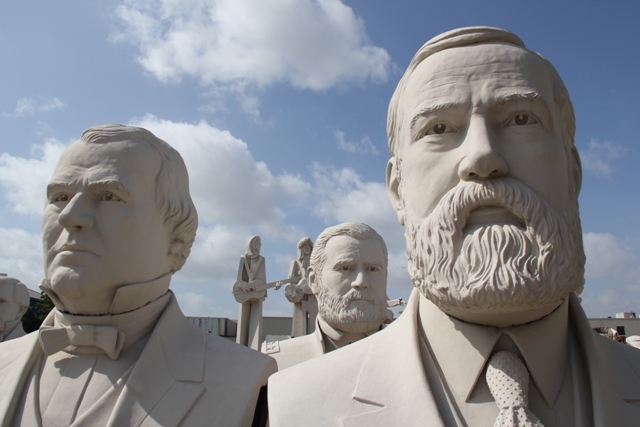 The rumour is Adickes’ 2 acre Summer Street site is soon to be sold and possibly redeveloped, a rumour that has persisted over 3 years. In the meantime, you can get to visit David Adickes giant statues, a rather quirky piece of Houston urban history. If you do, say hello to the Fab Four for me, I’ve really grown quite fond of them. 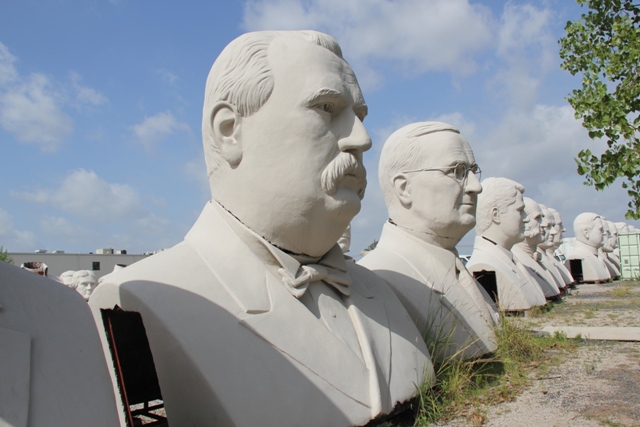 For more information on Texas go to www.traveltex.com 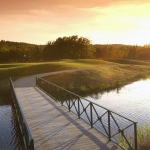 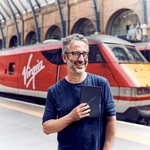 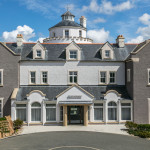