As far as I am concerned, if ever there was a golf course that could be classed as the closest to heaven this would be it. Not because, at 1,200 metres, it’s very high up but because it is quite simply, a stunning golf course.

Golf de Corrençon en Vercors has it all. Jaw on the floor alpine views ringed by the immense limestone Vercors Massif, sensational rolling greens, tight fairways and some of the most spectacular holes I’ve ever played. 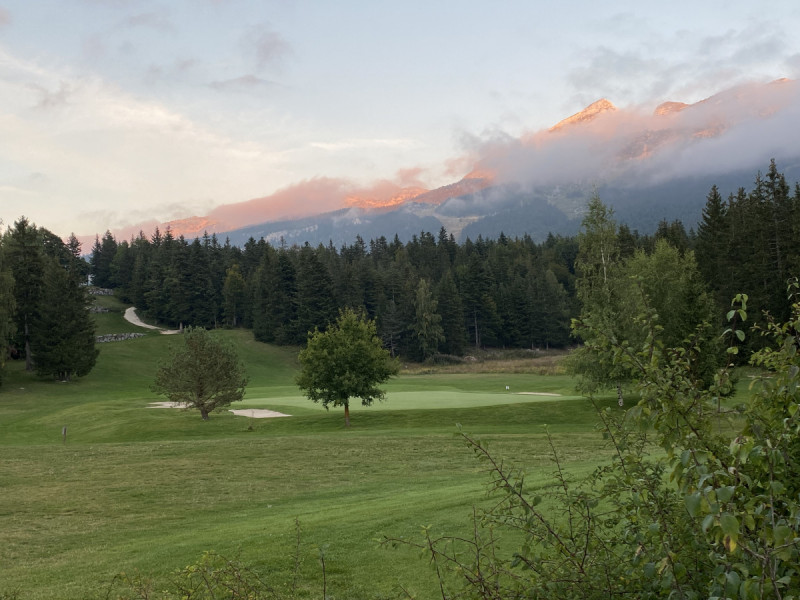 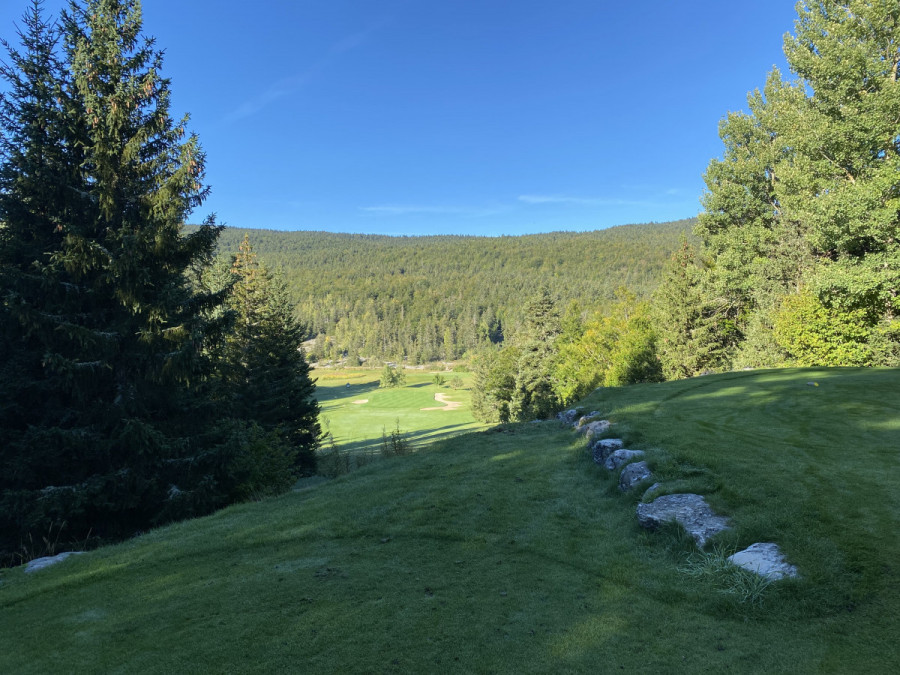 Laid out through the beautiful landscape of the Réserve Naturelle des Hauts Plateaux du Vercors, part of the largest protected nature reserve in France, the only sounds you’re likely to hear are the soft clanging of cowbells in distant alpine pastures, or the occasional wail from a beleaguered golfer as another ball is lost forever. Designed by highly-rated French golf architect Hugues Lambert the course construction was a true labour of love, remarkably, handled entirely by local famers and builders. It is a wonder it is in such fine shape, especially since it is only open from April to September as the rest of the year the only people you’ll find on these slopes are skiers.

At just over 5,300 metres off the championship tees, this is not a long track. But when you have narrow fairways, deep plunging valleys and slick tricky greens to contend with, as well as a longer ball in the rarefied air, it’s a course that demands your utmost respect. 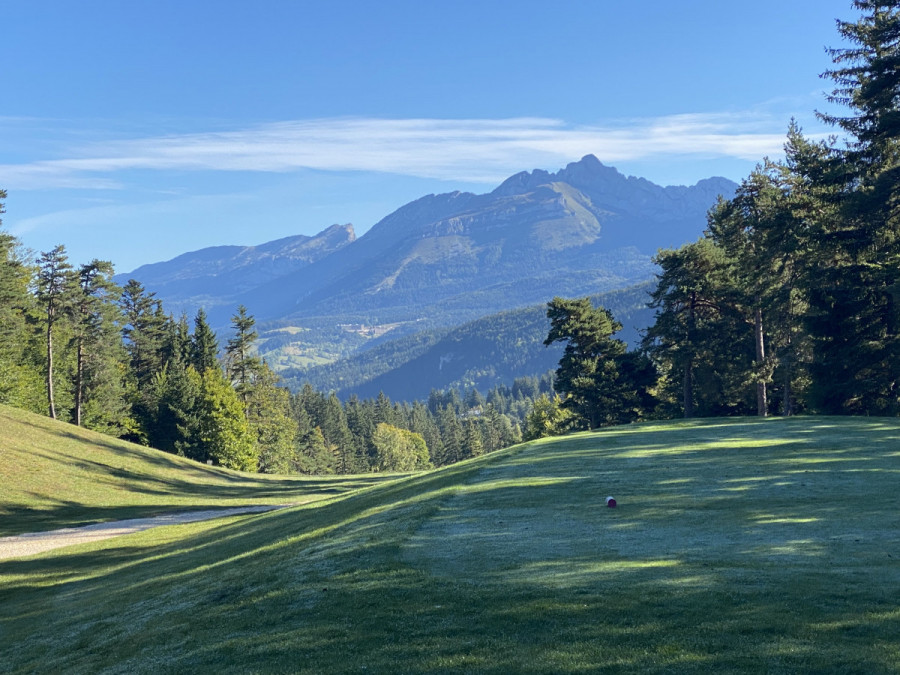 The course begins rather benignly, with a gradual uphill par 5 that gives you a chance to loosen up. By the second though you’ve got the mountains for company and a handicap 2 hole. It’s a tight dogleg left with a fairway full of humps and hollows.

After a steep uphill climb (altitude notwithstanding) along the third you find out if you have a head for heights on the par 3 fourth. The tee is on a precipice with the green 200 metres far, far below.

Holes 5 and 6 open up around a valley to let you catch your breath before summoning up the courage to hit a driver down the tight 7th. It’s a short par five,  and hitting a good one of the tee will offer up a birdie chance which I gratefully accepted. 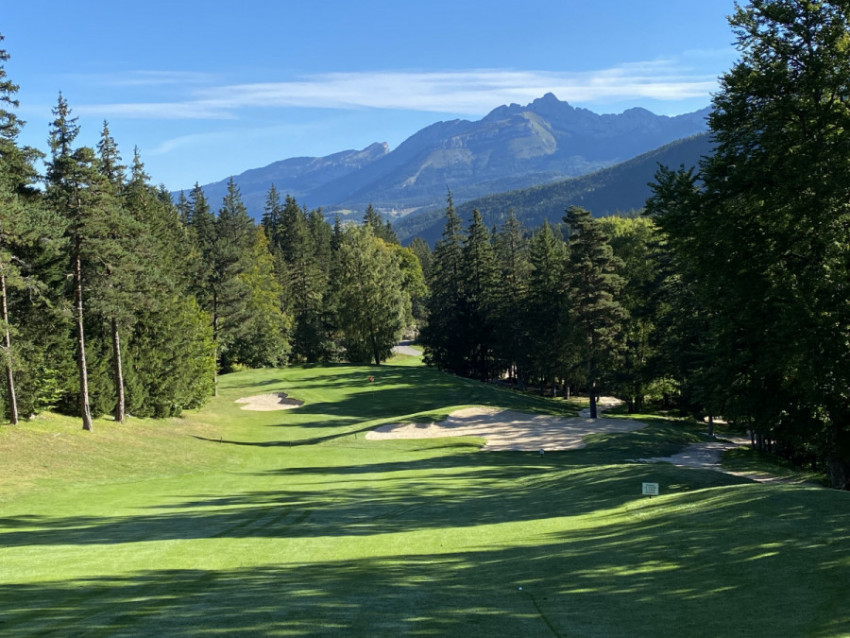 Hole 8 is all downhill and with the entire mountain range in front of you, you just need to avoid being distracted by the view. keep it straight and you’ll likely get a birdie, anything left or right will be lost.

You might need a drink after the ninth to prepare yourself for the tenth. The hardest hole on the course, 311 metres par 4 and all uphill. Not just uphill, but practically vertical. The effort will be worth it though as you get another spectacular landscape wherever you look. The twelfth is another par 5 that sweeps around a steep valley with the green resting far above your head.  The fact I escaped with a 5 was down to pure luck. 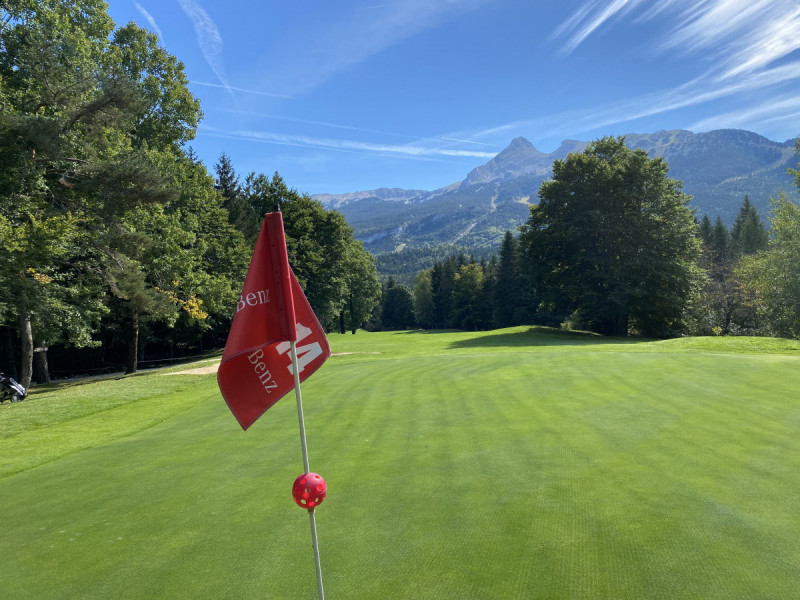 The fourteenth is a sharp dogleg left that gives you the impression you can belt one right over the corner. Don’t bother. It will either run out of fairway or disappear in the dense forest left. A fabulous hole. 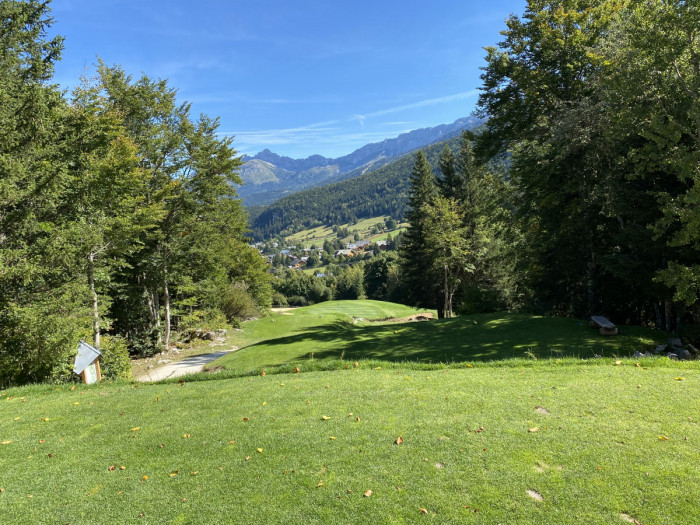 The 18th par 3 is a wonderful finale. Another precipice tee with a whole village of Corrençon en Vercors at your feet way below. It’s 130 metres off the white tee but with an almost vertical drop, you’ll only need a pitching wedge. Anything longer you’ll probably find in the bakery in the village.

After your round, the Les Hautes Plateaux restaurant is a great place to have a drink and lunch. It has an outdoor terrace with views right across the reserve.

Playing golf in the Vercors is just one of a range of fantastic outdoor options available in this wonderful corner of France in summer. Find out more about it in my piece, Vercors in Summer.

The Vercors in summer

A culinary tour around the Vercors Plateau 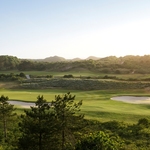