In Praise Of Paso

Anthea Gerrie returns to Paso Robles to find this delightful Californian town has more to offer than just being a base for wine tours.

Paso Robles, aka “Paso” to locals, is a small town in central California that on first acquaintance looks like nothing much to write home about but on revisiting just gets better and better.   The first tourists came for the wine, now winning international awards, and were followed by culture vultures drawn by the Field of Light installation by British land artist Bruce Munro.  This unforgettable display of 58,000 miniature stemmed spheres which twinkle over several acres in all their multi-coloured glory as dusk falls came for a season and like the best theatrical performances has run and run; it’s now playing indefinitely at the Sensorio outdoor venue where food, drink and live music are all part of the experience. 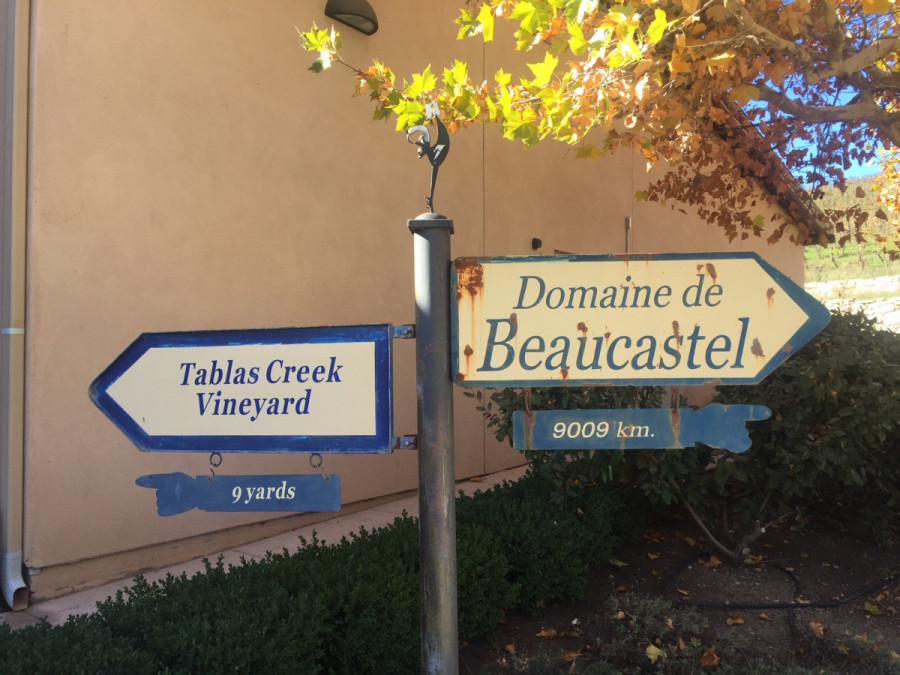 Chic lodgings and a handful of dining destinations were all that was missing, and now Paso Robles has both, making this town midway between Los Angeles and San Francisco on the 101 coastal freeway very much “worth a detour”, as the Michelin guide would say.   Michelin has actually included two Paso Robles restaurants in its latest guide to California.   However, although it’s not one of them, Les Petites Canailles is a hard act to beat.    This cosy, unpretentious room is full of carousing locals enjoying authentic French dishes like tarte flambee and steak tartare(not to mention Paris-Paso, a witty take on the classic dessert pastry Paris-Brest) from an authentically French chef who moved to California at age 10 but honed his culinary skills in France before returning to Paso.  To complement the hearty fare there’s a huge choice of fine local wines including those from chef Julien’s family winery. 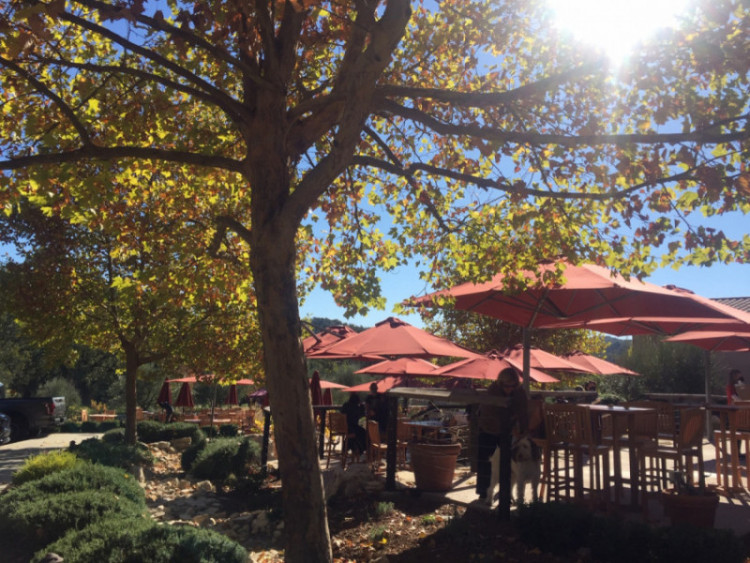 Like most of Paso Robles’s non-drinkable delights, Les Petites Canailles is on Spring Street; it faces delightful Downtown City Park, a rectangle of greenery recalling a slower, more sociable age containing a historic building, a children’s playground and benches where locals sit and chat.  At the far end, parallel to Spring Street, a row of enticing shops include an elegant fashion boutique, an art emporium and the delightfully old-school Red Scooter Deli which resolutely eschews wi-fi and exhorts customers to “pretend like it’s 1999 and actually talk to each other”!  On some mornings there are farm stands selling locally gathered mushrooms, honey and other produce from the surrounding fields in this agricultural area where grapes are not the only important crop.

Spring Street is also home to the Relics Mall, a treasure-trove of stalls selling covetable vintage jewellery for knock-down prices, and that aforementioned chic hostelry, The Stables Inn.  This is the younger sister of Paso’s Hotel Cheval; both boutique lodgings have been singled out for praise by America’s top travel magazines.

Of the many wineries surrounding the town which offer a tasting experience, Tablas Creek is to be particularly recommended.  It not only has impeccable credentials – co-founded with the famous French house of Beaucastel, it specialises in grapes like syrah and viognier particular to the Rhone Valley in which not all California growers choose to dabble – but attractive outdoor tasting facilities including a picnic area, and an elegant indoor shop selling wine-related books and homewares alongside the bottles.  Buy two and the $25 tasting flight fee will be waived.

Thanks to Paso’s 300 wineries being central and concentrated, unlike those of Napa and Sonoma, there is a slew of driving and tour services/options from private drivers to tours and a special Uber wine service. 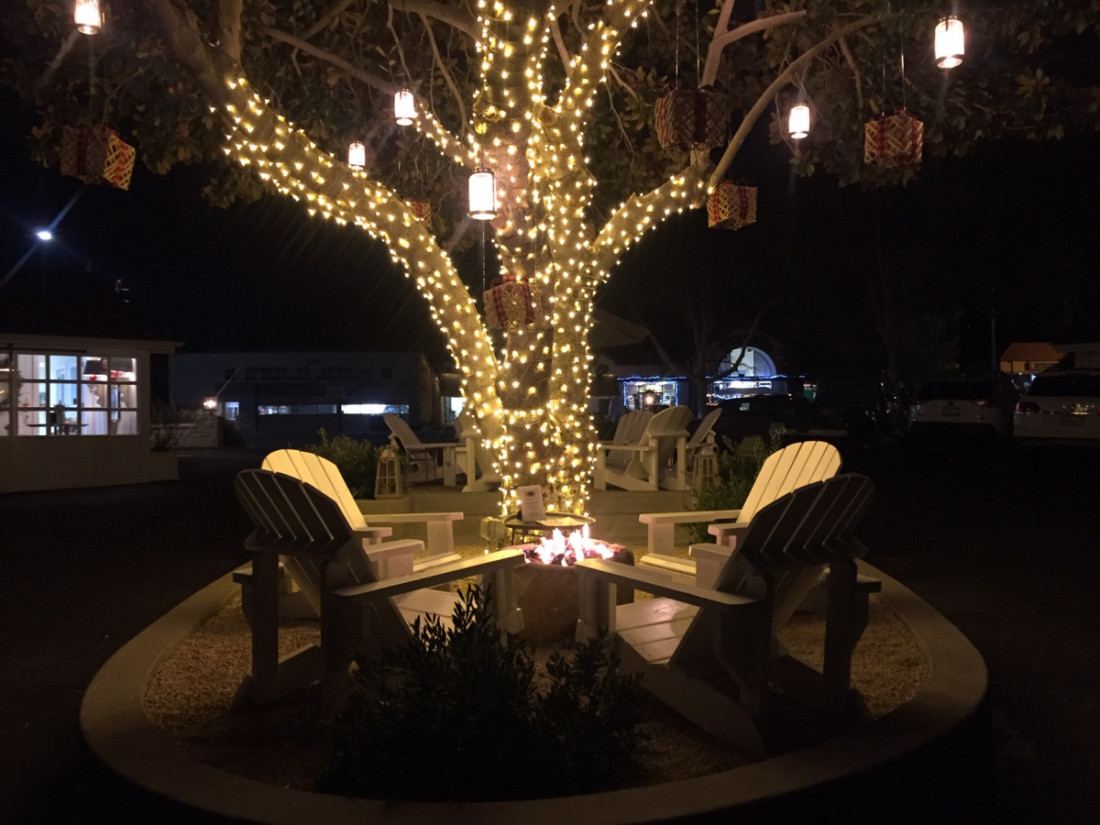 As well as a destination in its own right, Paso Robles is a gateway to the delights of adjacent Monterey County.  The Monterey Peninsula itself, with attractions including a world-class aquarium, the John Steinbeck Museum at Salinas and the quaint shops and lovely beaches of the seaside town of Carmel, are a quick hour’s scoot up 101.  However, route 46 connects both the 101 and the Adelaida Road, Paso’s principal wine trail, with scenic route 1, the loveliest coast road in the country.  After a gorgeous 45-minute drive over the canyon, allow 10 minutes to reach Hearst Castle, a further 90 to Big Sur for an unforgettable meal stop at the iconic clifftop restaurant Nepenthe and a further half-hour or so to Carmel.   Carmel is a lot fancier than Paso and attracts many more visitors, but the simpler and less well-travelled town has a special charm that has won this traveller’s heart and inspired three return trips so far and counting. 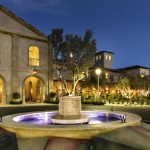 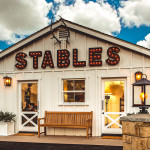