Sitting on a terrace in Hamilton, Bermuda, afternoon tea is being served. The waiter is wearing immaculately pressed Bermuda shorts and there is an air of gentility and refinement.

Names like Southampton, Warwick and Devonshire and pretty villages and churches give away its English heritage and Bermuda is a staid, sophisticated island with an old fashioned charm  Although British through and through I was surprised to meet only a few British tourists and my flight from Gatwick was far from full. With daily direct BA flights, one can’t help but think the Brits are missing a trick here. 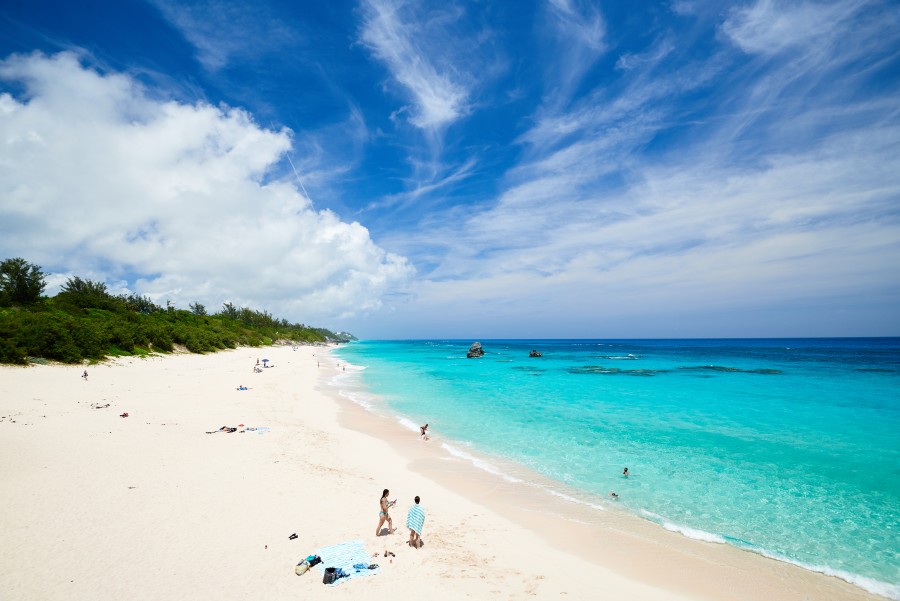 Although it is generally perceived as a Caribbean destination, Bermuda is just a 21-mile speck in the Atlantic Ocean, and closer to South Carolina than Jamaica.  It has miles of beautiful pink beaches and turquoise sea, tropical palms and sunsets. Yet with all these picture-postcard attributes, this isn’t one of the rum and reggae destinations with the Caribbean vibe so popular with British tourists

Known for its infamous Bermuda Triangle where ships and planes mysteriously disappeared, Bermuda is thought by scholars to be the island in Shakespeare’s The Tempest about a group of noblemen brought to a magical island by a violent storm.

By the mid-20th century, the island was as well-known as a tax haven and for its international financial services as it was as a tourist destination for wealthy Americans.

The former capital St George’s is one of the earliest English settlements in the New World where British sailors were shipwrecked in 1609 while travelling to Jamestown, Virginia. Now a UNESCO World Heritage Site I find twisting alleyways leading to quaint shops and cottages and many Anglican chapels including the lovely St Peter’s Church and Their Majesties Chappell. The magnificent Gothic Unfinished Church was meant to replace St Peter’s in 1970 but the project was abandoned. Now the mysterious building, open to the elements and nature, is a popular wedding spot. 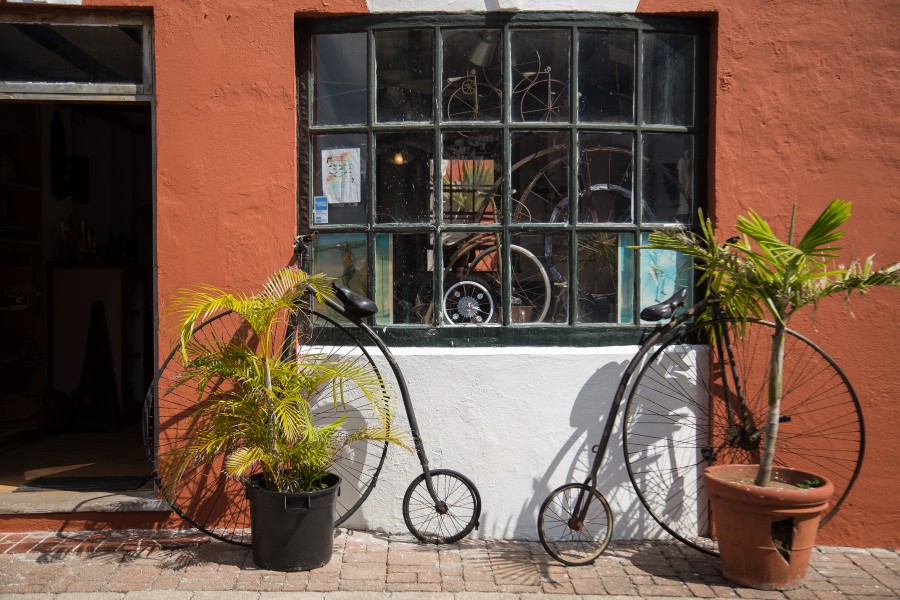 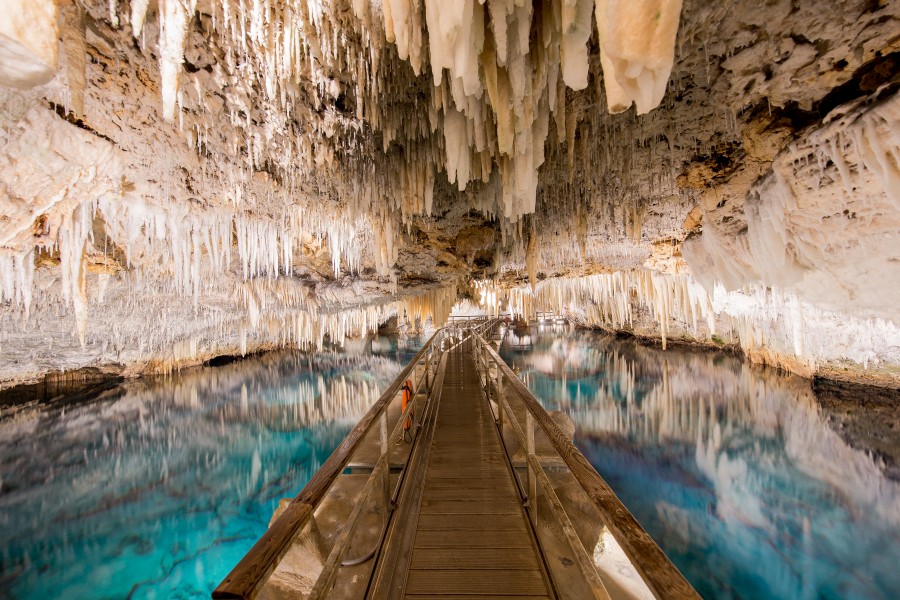 Natural attractions nearby include the limestone formations of Tobacco Bay Beach and the Crystal Caves. St Catherine’s Fort dates from the 19th century although there has been a fortification here since 1600.  There is a museum there with artefacts of some of the British military operations here.

Starting on Front Street with its colourful upmarket shops and cafes a stroll around the capital is an interesting way to drink in Bermuda’s character taking in its picturesque harbour, gardens and theatres. The presence of international banks and businesses is a reminder that Bermuda is a thriving financial centre and the policemen in Bermuda shorts on street corners give the capital an air of quiet authority. 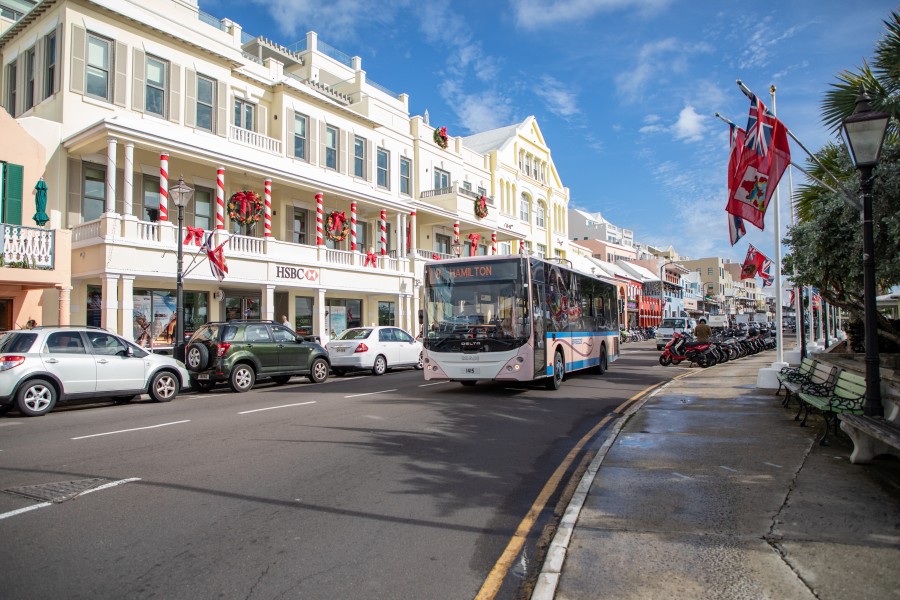 Hamilton does have its wilder moments, however. The third Monday in June sees the annual  National Hero’s Day parade and carnival where costumed revellers party through the streets in an extravaganza enjoyed by tourists and locals alike. There were a few jaded faces at breakfast that weekend when I visited. 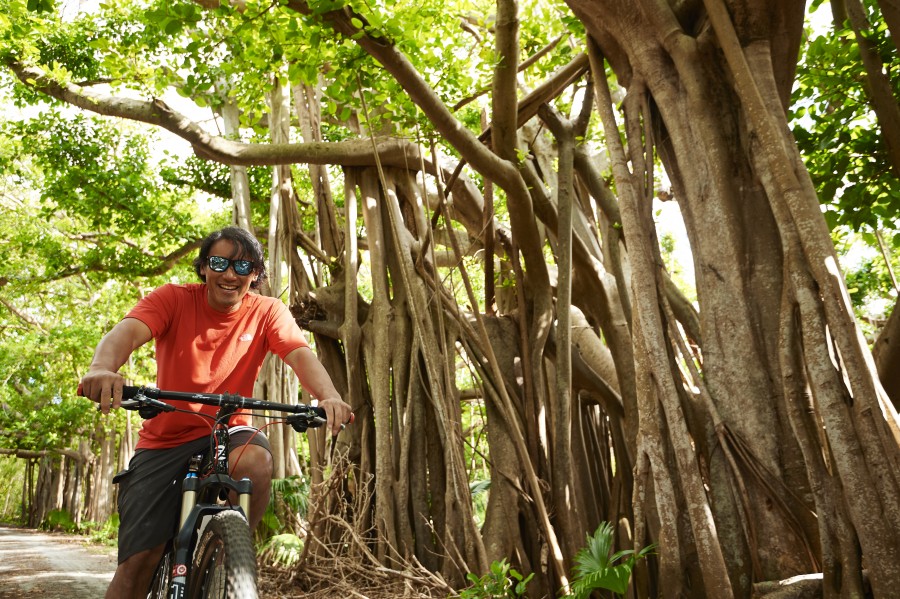 One of my favourite ways to see the island is by walking the disused railway line which stretches the length of Bermuda. Known affectionally as Old Rattle and Shake, the line was made into a national park in 1984 and over the past few years bridges connecting parts of the trail have been opened. Open only to cyclists and pedestrians, this is a peaceful trail through glades and there are information points along the route explaining the history of the railway. Pause to listen to some melodic birdsong including that of Bermuda’s iconic yellow bird. 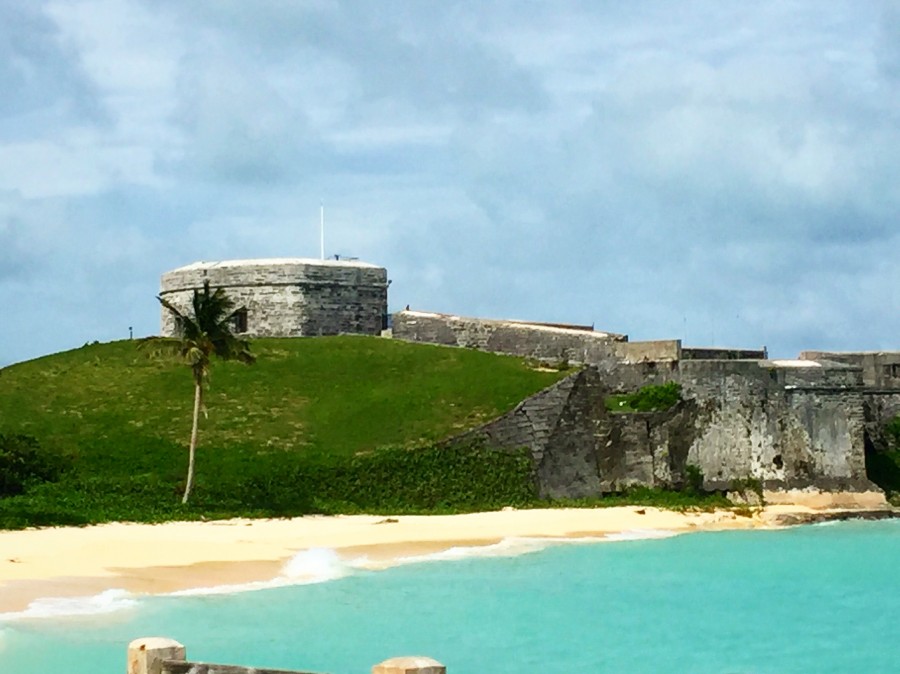 After losing the American War of Independence in 1783, Britain sought a port in the mid-Atlantic from where to face off America and access its interests in the Caribbean. Bermuda’s position made it an easy choice and in 1809 enslaved people laid the first stones of the Royal Naval Dockyard which played an important strategic role from 1912 until the end of WWII. Once known as the Gibraltar of the West the Dockyard has been restored and I found a combination of shops, restaurants, an Arts Centre and workshops. The National Museum has cannons, artefacts and some watercraft in the former Keep Fort. 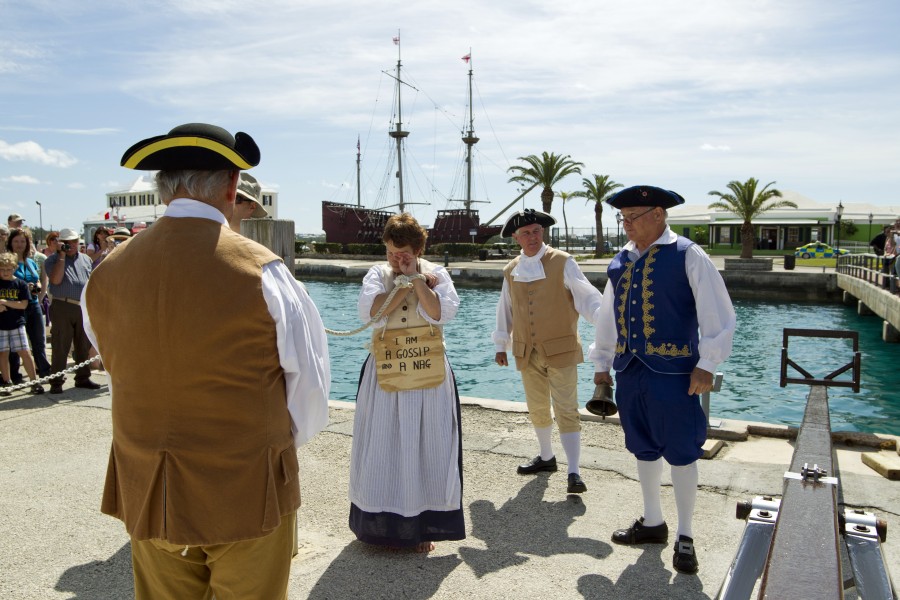 Fortunately, I was glad to be there on a day when there were no cruise ships when I could stroll around the Bermuda Museum and explore in relative peace and quiet.  A brightly coloured shuttle service takes cruise ship passengers into town.

Bermuda has six world class golf courses. Less serious players like myself enjoy the Bermuda Golf Fun course at the Naval Dockyard which has models of leading golf courses in the USA and Scotland as well as waterfalls and beautiful sunset views. 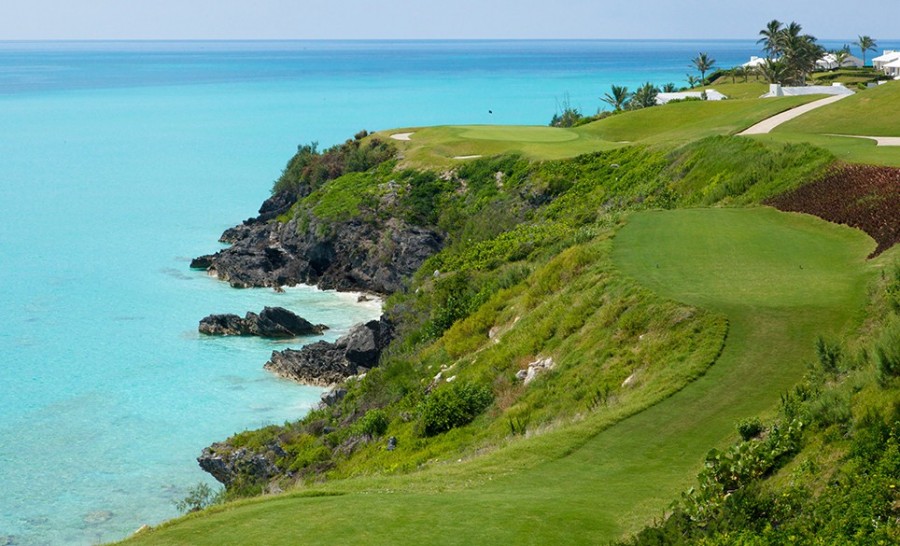 Below the waves, there is plenty to see here for snorkellers and divers with coral, shipwrecks and plentiful marine life. Pollockshields was an English cargo steamer that smashed into a reef in 1915 and today makes a fascinating dive spot for more experienced divers. There are gentler spots for family fun and snorkelling including the reef just a short swim from shore at Jobson’s Cove, Warwick Long Bay with an abundance of tropical fish and safe waters.

Environmental laws forbid rental cars so bicycles, taxis, scooters and buses are the most common forms of transport on Bermuda and since 2017 visitors can rent electric two-seater Twizy from Current Vehicles Bermuda  They are designed by Renault’s Formula One racing team and can travel up to 50 miles on a single charge, but for a relaxed island experience I find walking the beaches and villages is the best way to see Bermuda.

Tell me more about exploring Bermuda

British Airways flies from London Gatwick to Bermuda from £670 return including taxes/fees/carrier charges. ba.com/Bermuda or call 0344 493 0120. For more information on visiting Bermuda visit the official  Bermuda Tourist Board

There are no big all-inclusive hotels on Bermuda, but there are a few select properties offering luxurious accommodation and fine dining. I stayed at Coco Reef Resort, an intimate hotel with a unique style created by its owner.

Currency: The Bermuda dollar is equal to the US dollar and both are accepted.

Best time to visit: Hottest time of year is from May through to mid-October but Bermuda has a mild climate and does not experience extreme temperatures. 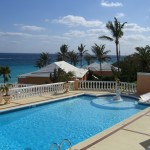 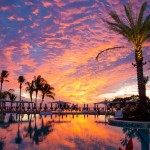 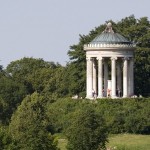