Late afternoon and I’m struggling to stay upright. Normally I would readily admit to this occurring as a result of over-imbibing but on this particular occasion, the culprit is a bear. A bear, 122 metres high, made of granite and millions of years old.

Bear Rock or Roccia dell’Orso, to give him his full name, is quite extraordinary. Shaped only by Nature’s water and wind – the very wind that is howling between his giant paws and threatening to bowl me over – has been an icon of Sardinia’s Gallura region for millennia. Up here on this lofty granite perch are strewn a myriad of other weird and wonderful natural sculptures. The coastline stretches out for miles and, remarkably, it’s just an easy ten-minute walk up from the car park.

This is an island blessed with countless shifting granite shapes, admittedly most of them not as artistically impressive as our bear, but good enough for locals to enjoy pointing out their own versions of nature’s creative stonework. 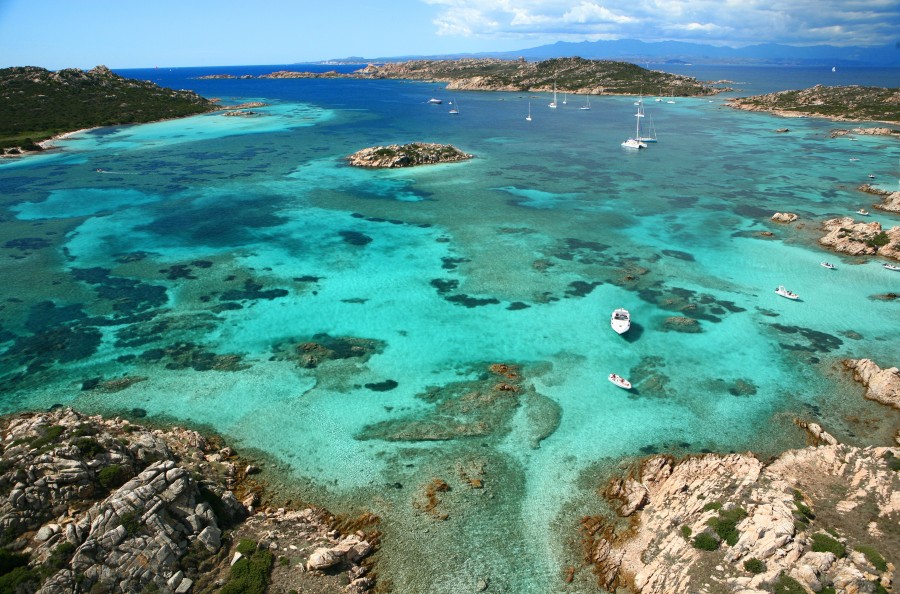 Sardinia has been relatively late to the tourist party. More or less unknown as a tourist destination until Prince Aga Khan discovered her in the mid-60s and created a resort playground for the rich and famous at Porto Cervo on what is now called the Costa Smeralda; a once-spectacular wilderness in the north of the island. It was a blessing in disguise. The show biz resort put the island on the world map but was so exclusive it left the rest of it undeveloped for decades, leaving a legacy of authenticity that remains to this day. This is precious coastal land, stunningly beautiful and, thankfully, its chalk-white beaches, crystal clear waters and hidden coves are now protected by a 3-kilometre buffer zone against any future land-hungry developer.

Far from seeing this as an obstacle, one Gallurese family has not only embraced it but has single-handedly built a luxury hotel empire on the back of it. The Muntoni family own and run Delphina Hotels and Resorts, no less than eight luxury properties in spectacular locations by shrewdly buying up existing properties and completely redeveloping them into world-class resorts. One example is the Valle dell’ Erica Resort taking up nearly a mile of prime coastline directly overlooking the La Maddalena islands and the Straits of Bonifacio International Marine Park. 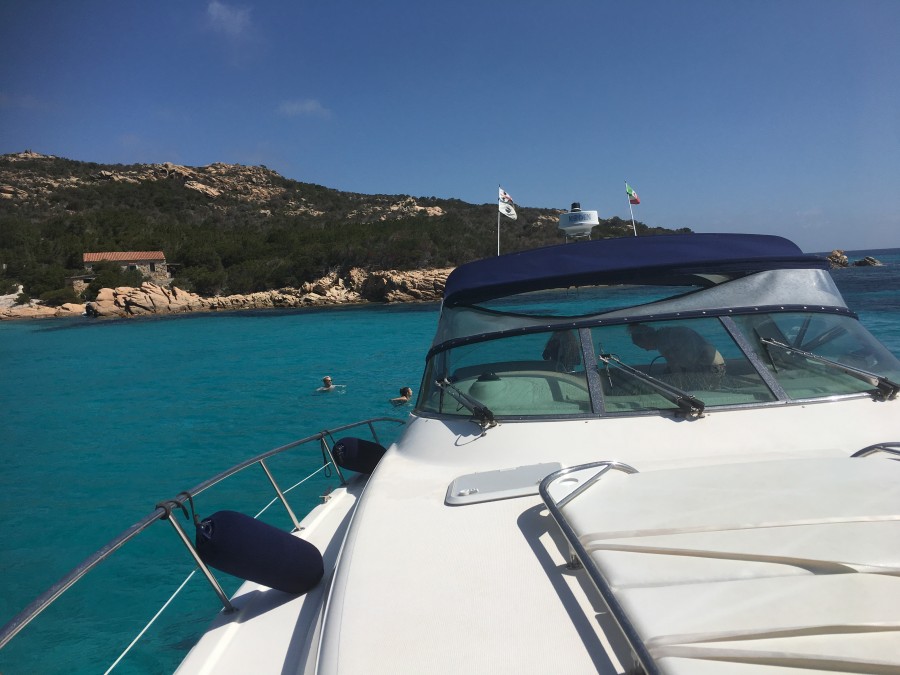 Taking the opportunity to jump on one of Valle dell’ Erica’s motor yachts from its personal fleet I join a cruise around the La Maddalena archipelago. Corsica is so close I feel I can almost reach out and touch it. Uninhabited Spargi Island is a popular stopping off point for swimming and diving in the crystal clear water, particularly Cala Soraja named after Iranian Princess Soraya who was a frequent visitor in the 60s. The wild island of Caprera was Garibaldi’s home in exile and he enjoyed it so much he came back and stayed there for 27 years until his death.

Just a few kilometres from Santa Teresa di Gallura across a narrow isthmus you’ll find the spectacular headland of Capo Testa crowned by not one, but two lighthouses. But first, you have to negotiate a short hike across a lunar-like landscape of granite and Mediterranean scrub. There are paths here leading down to small secluded beaches and hidden coves whilst the scrubland has its own hidden secret; a cave system that leads down to the beach. The oldest lighthouse is now abandoned while the newer version needs no human touch as it runs automatically. 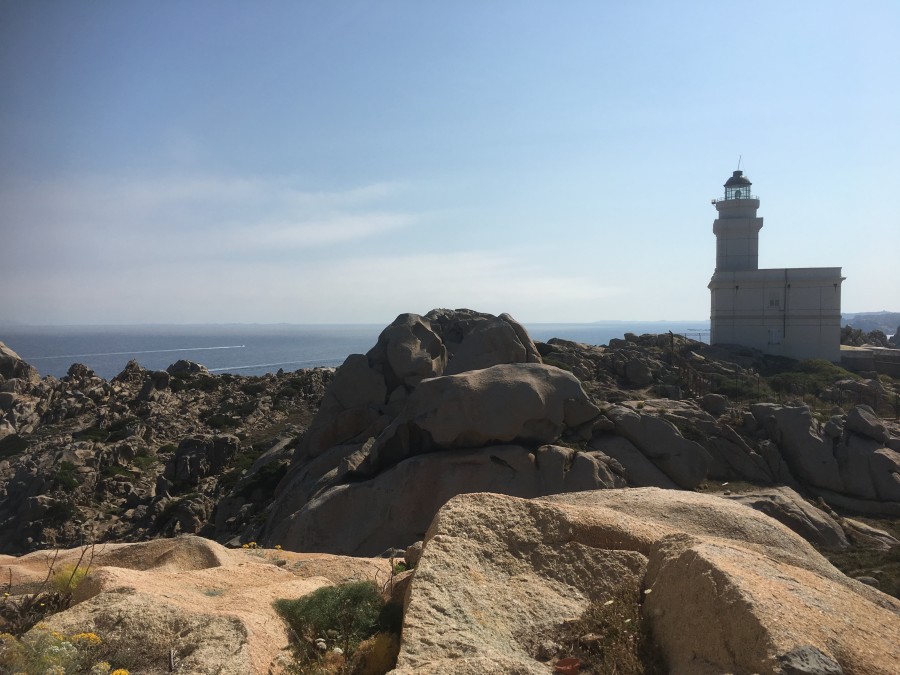 It’s well worth the journey as I find this a very spiritual place. Many of the enormous boulders around here were big enough to be harvested by the Romans as giant columns from single blocks of granite. Legend has it the Pantheon in Rome has columns hewn from here. Who knows, but one thing is sure, Irish songstress Enya found it spiritual enough to perform a concert here not so long ago.

Just a few minutes’ drive from Capo Testa, this is a perfect watering hole after all the clambering about. There’s a large square surrounded by cafes and bars and, off the main drag, one or two very good art galleries and artisan shops. Even though there is more than a whiff of tourism here with its numerous souvenir shops, there’s still an air of honest local life about the town. 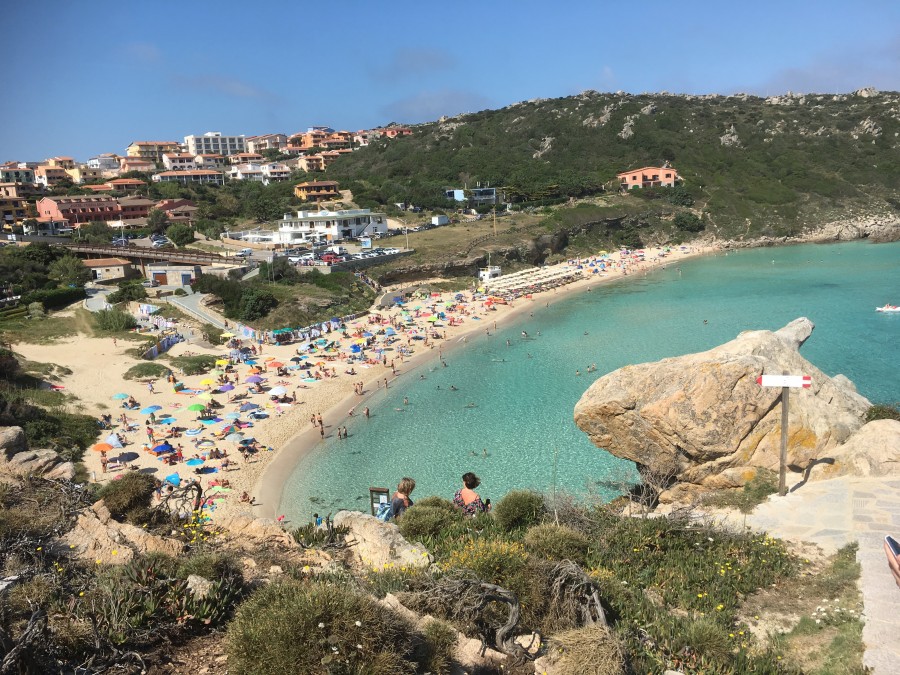 The beach and bay are magnificent and it’s worth a bit more clambering to view it from the lookout via the high part of town before taking the windy path down to the glorious white sand.

Is this the island that has discovered the secret to a long life? There are more centenarians living on Sardinia than anywhere else in the world. Perhaps it’s the water, the sunshine, the food and the wine, or perhaps a little bit of each. I chat with Francesco who at 103 is still going strong and married 74 years to Antonia who is trying to catch him up at 89. 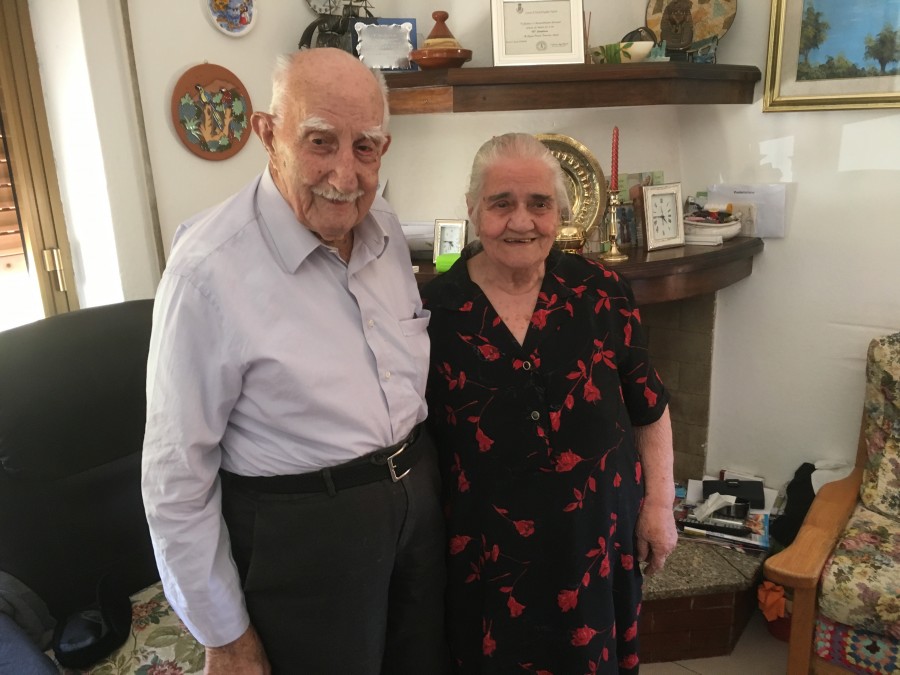 Over homemade cake and wine no revelations on longevity are shared, the two of them only reveal their love of dancing keeps them happy, then again, if you knew the secret you’d probably keep it to yourself too. Personally, I reckon it’s a little daily dose of Cannonau, a robust ruby red wine that’s only made in Sardinia.

What to eat and drink

It’s ironic, don’t you think, that the island of Sardinia’s traditional cuisine contains no fish dishes. Legend has it the locals all retreated inland to avoid their invading enemies, relying on fresh meat instead. Cue spit-roasted suckling pig with myrtle leaves called porcheddu; the stellar local delicacy. Culurgiones is a delicious dumpling pasta filled with mint-infused potato and let us not forget a very typical Gallurese speciality Zuppa Gallurese which is not a soup at all, but a kind of baked pasta dish made from thick bread, cheese and lamb broth. 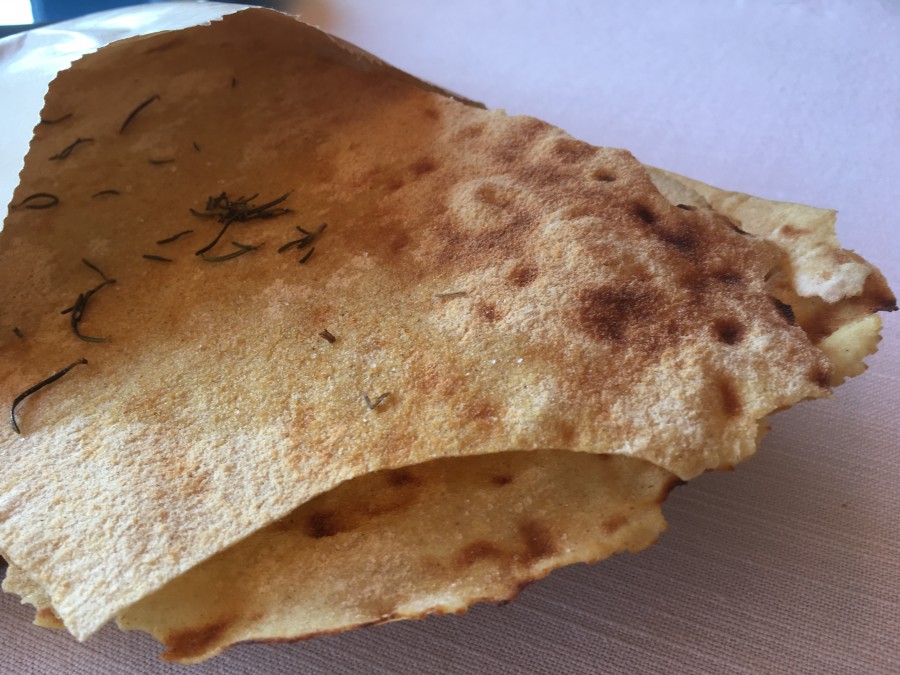 If you want to impress the locals, insist on a plate of pane carasau bread, very thin and crispy not unlike a papadum or pane guttiau which is similar but blended with rosemary.

There are regular low-cost carrier flights into Olbia airport from the UK.

The Sardinian tourist season is relatively short, just June to the beginning of September. Avoid July and August as Italians swoop over bringing everything and the kitchen sink. Best times are late May or early June and then September. However, some hotels close from September to Easter. 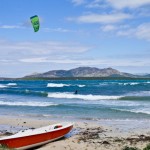 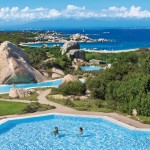 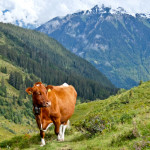