It was a sound I came to look forward to each day; the clanking of a thousand dull bells echoing their intermittent beats across the sweeping Paznaun valley as The Tyrol’s famous dairy cows wandered around snacking on the lush summer Alpine grass.

This key ingredient combines with their winter lowland valley grass diet, to create the uniquely tasting milk that ultimately becomes Paznauner Almkäse, some of the best hard cheese money can buy. Oh yes.

These very slopes where the rich, the famous and the downright trendy flock to in  the winter skiing season lie quiet now, the famous snow covered runs now giving way to lush green valleys, interspersed with fresh running streams feeding the Trisanna River as it meanders its way through  Galtur and on to Ischgl. 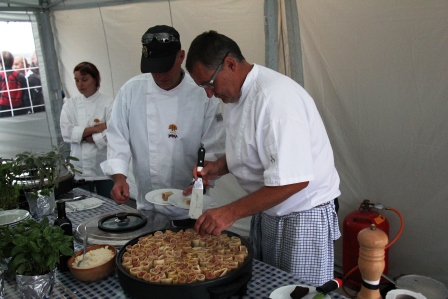 It’s summer, it’s hot and this particular weekend, Ischgl plays host to the Jakobsweg Culinary Festival; a celebration of culinary arts from four of Europe’s most talented Michelin chefs doing their thing atop the Tirol. In an artful homage to the more serious business of the Way of St. James, the historic pilgrimage of Santiago de Compastella, this is a different kind of pilgrimage altogether. A trek up a few thousand metres, nowhere near as long or as arduous as the real thing, but nevertheless perhaps just as satisfying as I get to feast on fine food at the end of my endeavours.

The four chefs concocting signature dishes for us in Ischgl’s mountain lodges are more than enough incentive for me to trek for a few hours up these glorious Tyrolean peaks. It’s not an arduous climb by any means and the thought of devouring some culinary art forms spurs me on across streams and winding trails alongside colourful meadows of wonderful Alpine flowers. A lone calf perhaps sensing the lure of a Michelin feeding opportunity himself, follows me up and I feel a kinship forming. Then, quite suddenly, he  decides the lure of the nearby  grass is too much for him and my new found friend abandons me. His loss, as reaching my allotted lodge, the food doesn’t disappoint. There is something quite magical about eating atop a mountain bathed in the warmth of the sun. 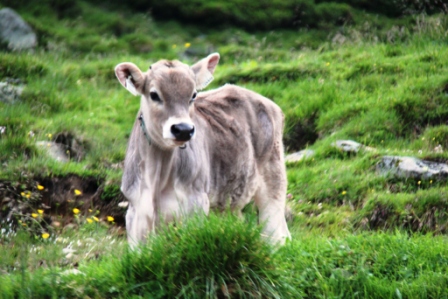 Culinary Jakobsweg is an excellent initiative to bolster the opportunities abounding in the summer months up here, when Ischgl is much quieter, resting after its winter excesses, culminating in perhaps the most famous après ski party in the world; the annual Top of the Mountain Concert where a host of famous stars such as Elton John, Madonna and The Killers to name but a few, perform at the closing of its ski season.

This is a great opportunity for some healthy outdoor summer action to burn off all the extra calories those talented chefs have forced me to ingest.

Seemingly endless trails for hilking and biking, and if the thought of pedalling up the slopes is perhaps a bridge too far, ebikes can help take the strain, or for those of you with a license, you can hire an impressively powerful motorbike for a ridiculously modest price and power your way around the Silvretta High Alpine road, one of the most dramatic roads in Austria. 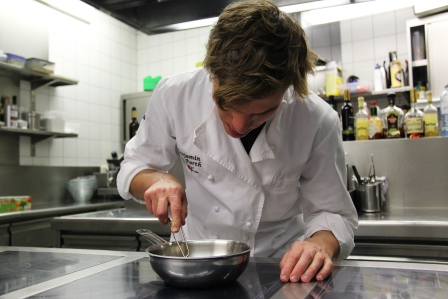 Ischgl itself has much to offer. An array of world class restaurants such as Restaurant Stuva run by Benny Parth,  Austria’s youngest ever awarded chef de cuisine, or Hotel Piz Tasna , the domain of wonder Chef Roland Salner which prove Austrian cuisine has moved far and away from traditional boiled meat and cabbage. There’s an adventure park with a challenging climbing course, the Silvretta wildlife park and the Alpinarium in Galtur, a museum chronicling the destructive power of avalanches and dedicated to the 31 people of Galtur who perished in just such a catastrophe in 1999

Just a few hours’ drive from Zurich and Munich (Innsbruck airport has limited services in summer)  a taste of summer mountain air makes a breathtaking alternative to a beach holiday.

As for me, I’m off to sample some more Paznauner Almkäse, after all, those cows have worked so hard to produce it for me it’s only fair isn’t it? 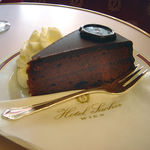 A culinary and cultural weekend in Vienna 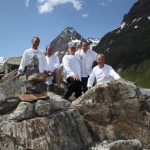 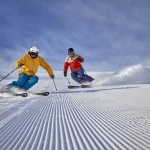