My wife says she’s been dining out with a dinosaur for years, but this was the first time I had. The dinosaur in question was the centrepiece of the restaurant JNcQUOI in central Lisbon.

I’m not sure what thought process led to someone thinking that the skeleton of a dinosaur was the perfect thing for a restaurant, but it didn’t look all that threatening. In any case, I was more interested in what was on the menu, not what might have been.

Despite having a measured IQ on a par with Carole Vorderman, it still took me an hour or so to work out how to pronounce the name of the restaurant…handy if you want to take a taxi (but even then, our taxi driver didn’t know where it was). Think French – Je ne sais quoi (I don’t know what) – and there you have it. And therein you have a key to the state of play with this restaurant: is it French? Is it Portuguese?

Anyway, I’ve since spent a few days thinking about this place before digitising my thoughts. It’s all rather new to Lisbon and the person at my hotel who recommended it thought it was only a matter of time before it earned a Michelin star. Well, there’s some way to go on that score compared with the many others at which I’ve dined, but don’t let the absence of a star deter you; it’s still an agreeable dining experience. 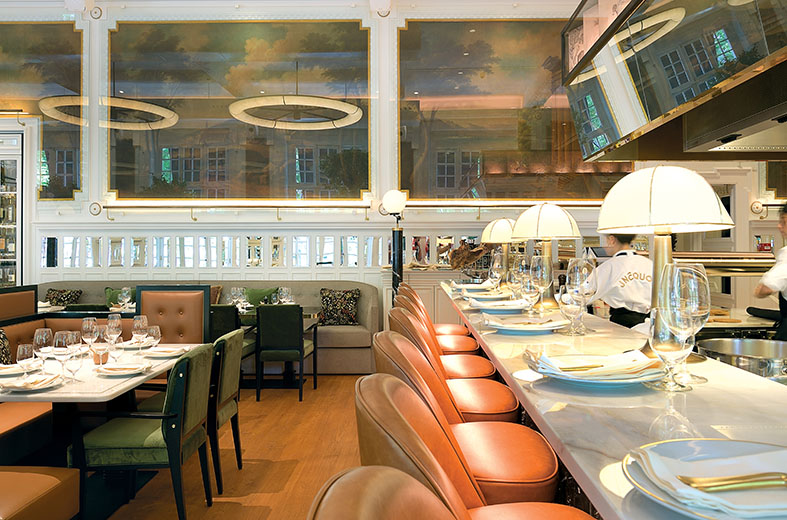 It’s part of a new concept, the goal of which is to ‘…foster unique experiences of social hedonism, thus encouraging the exploration of style and gastronomy’. All this takes place in a ‘lively environment where convenience and customised service are at the centre of attention’.

Housed in the iconic Tivoli movie theatre, this, the first-ever JNcQUOI provides the most discerning consumer with a wide array of food and fashion. Odd, you might think…that ‘fashion’ link, but on one of the floors of this splendid building JNcQUOI has a ‘Fashion Clinic’, not that I wanted to subject my awful dress sense to a clinical appraisal…I was here for the food. 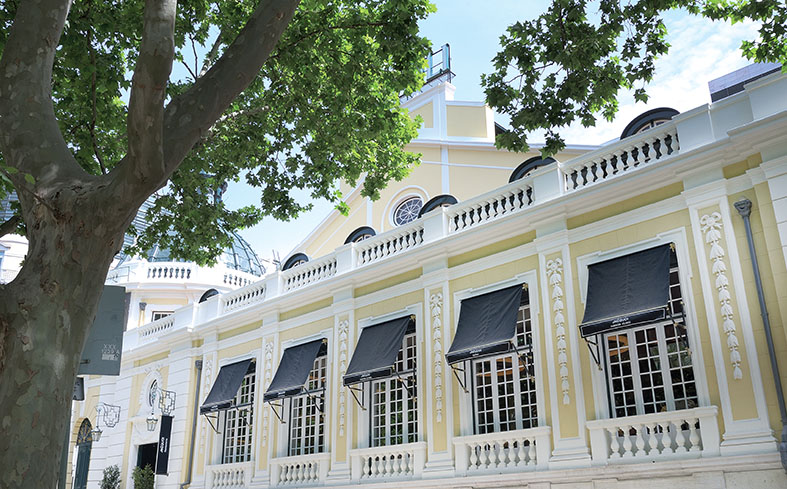 The restaurant was designed by the renowned Catalan architect Lázaro Rosa-Violán, the interiors focusing on the ‘singularity of each element’ at the centre of which is full-scale Velociraptor, and I must admit that’s different, though whether it is synonymous with the historical heritage of the building or has any other relevance is doubtful. Ignoring that side, the interior does have some fine examples of hundred-years-old frescos in the dining room that make for a dramatic and stunning atmosphere.

An open kitchen at the centre of the dining room is always fascinating, courtesy of Chef António Bóia who creates Portuguese and international staples set against a wine list with 500-plus references providing the best wine experience in the country. 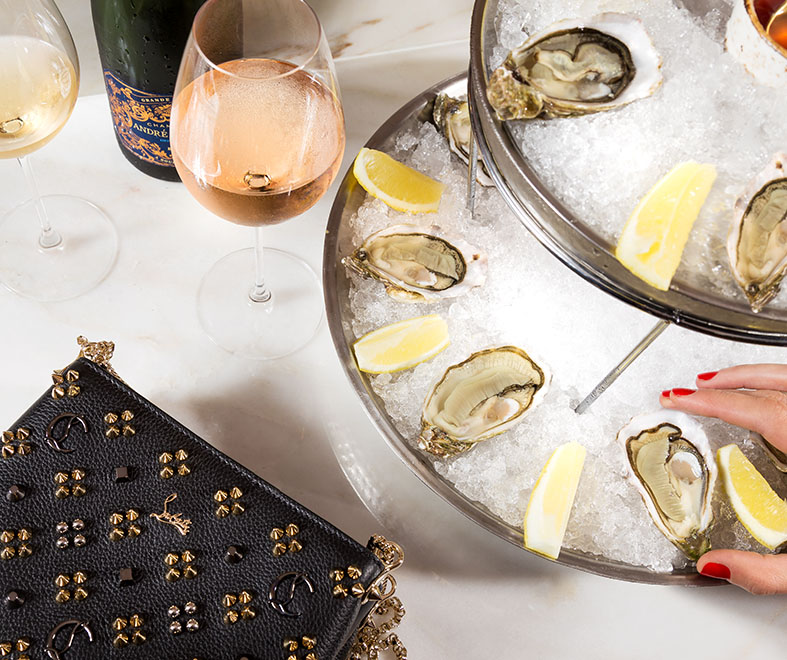 Having said that, I confess that I’m not entirely certain of the culinary philosophy. Don’t get me wrong, it’s a great dining place, and I recommend it. But you come away with the feeling that it needs a better focus. For example, on the one hand, you can have a starter of Alaskan King Crab medallions for €27, or Beluga caviar for €120, neither of which, even with bad navigation, could be thought of as Portuguese. For mains, you can have caramelised spare ribs for €19 or a Wagyu Entrecote for €165. Somewhere between the two, you can choose Txogitxu rib steak, duck confit, or Chateaubriand. 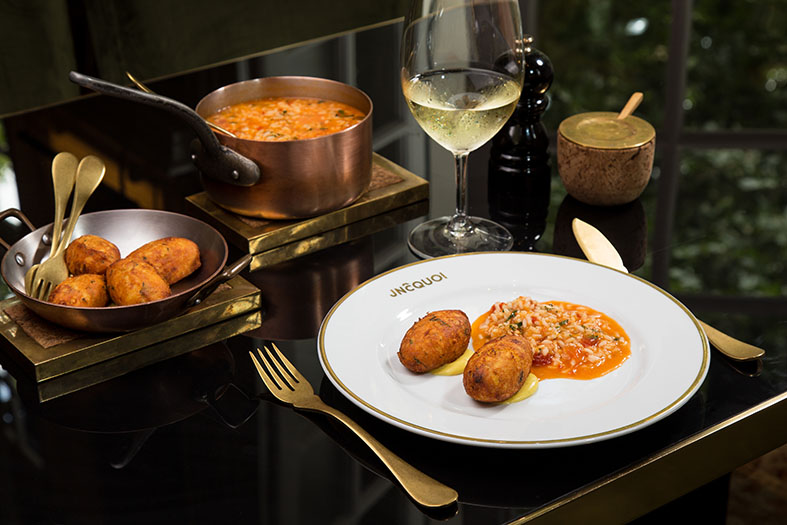 There are a few Italian pasta dishes – there is a long-standing link between Portugal and Italy, but this connection is a bit tenuous. Then there are a few token Portuguese rice dishes including lobster and grouper rice (which I chose) for €35, but this is essentially what the Portuguese call açorda, and you can get it for rather less at The Beerhouse in Funchal, Madeira. It was certainly no better here in Lisbon.

My wife tackled the herb-crusted rack of lamb and pronounced it rather ‘chewy’, and a little over-cooked. These things should never happen in an up-market restaurant with aspirations, any more than the water spilled on pouring, which could have been red wine and onto someone’s clothes…it didn’t even merit an ‘Oops’ or any other form of apology.

Possibly these are minor issues, but they do rather sum up a perplexing experience that could have been so much better with more attention to detail. Of course, to get that level of detail you need to pay more, to train the staff, and get rid of those who don’t understand what fine dining is all about. 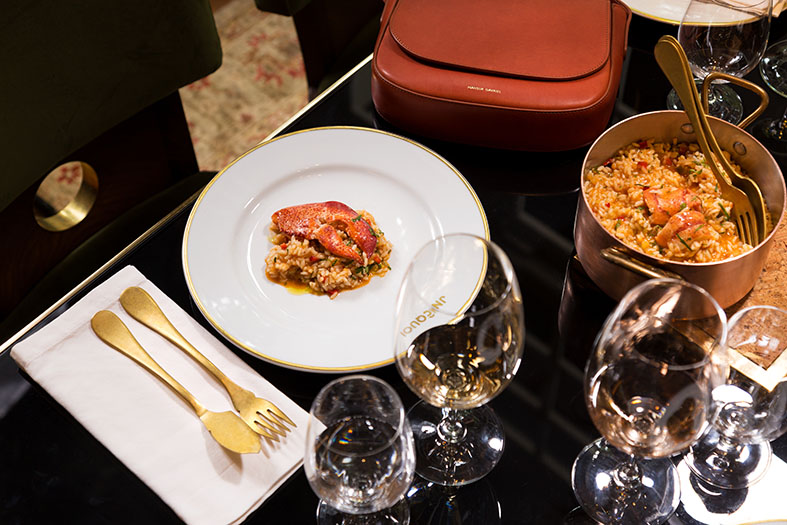 Overall, the restaurant needs to decide what it wants to be: some confused Cosmopolitan eatery, or a champion of Portuguese fine dining. Tourism has been growing steadily since 2011, with hundreds of new hotels and refurbished apartments for tourists opening across Portugal, promoting the country to one of the top 3 hottest travel destinations worldwide. So, why not promote Portugal, and just Portugal? Isn’t that why people visit Portugal? Surely this is an opportunity going begging.

At JNcQUOI – splendidly catchy name – the wine list, too, shows amazing lack of focus, ranging from good, basic Portuguese wines in the €30-€50 price range, which should be the priority here. But then you get the Spanish Álvaro Palácios priced at €1,200 per bottle, and the French Château d’Yquem, priced at €175, or Château Margaux, 2015, at €345, or Penfold’s 2010 Shiraz from South Australia at €718. If I wanted a random and dysfunctional selection of wines I couldn’t have done any better in my choices. 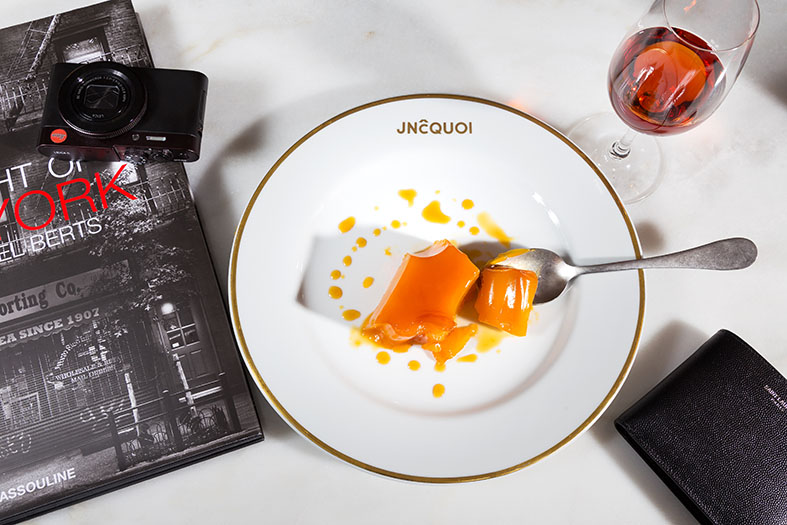 That rather sums it up. Let’s promote Portugal, Portuguese produce and culture, and build a better focus, something that folk will remember. There are many superb Portuguese wines – I’m always bagging my local supermarkets to get more for their shelves – and a good range of produce to convert into excellent dishes.

As it is, JNcQUOI is an agreeable experience, yet a confusing one. But I will go back.

Tell me more about JNcQUOI Restaurant in Lisbon 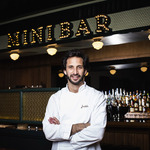 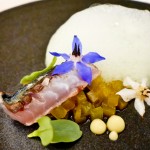 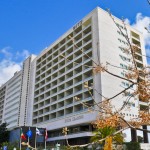