When the name of your bar translates as the dog’s bollocks, you know you’re in for some kick-ass drinks.   Les Couilles du Chien delivers them with style in the heart of Soho.
This newly-transformed front room of Anthony Demetre’s gutsy Arbutus restaurant is serious about its mezcals, its bourbons and its bitters in particular, travelling 6,000 miles to Oaxaca to source 17 of the best of the former at source in Mexico.
So classics like gimlets, negronis and margaritas are offered with a mezcal base, while the signature drink named for the bar itself somewhat dangerously mixes it with rum, beer, bitters, egg and who knows what – bound to attract stags and a roisterous after-work crowd.
Many of the former will no doubt be dared to try the signature bar snack – crispy lamb’s testicles and tripe, heading a list of brilliantly-priced bar snacks.  These include the warm pig’s head for which Arbutus, the Michelin-starred restaurant in the back, is famous, lamb tortillas, smoked eel and salt cod croquettes.

With dishes of this quality at less than a fiver and most cocktails offered at below the Soho average, this is a place to enjoy a great cocktail with a memorable bite for barely £15 all in,  or make a meal of it for less than the price of an indifferent dinner elsewhere in the neighbourhood.
Despite the name, Les Couilles du Chien is not just for the boys – there are some elegant, feminine cocktails on offer and some beautiful high-end wines available by the glass.   And the space itself is sufficiently glamorous to kick off a romantic night out.   Come before the prices go up. 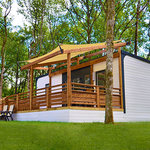 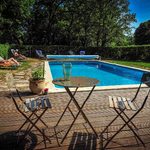 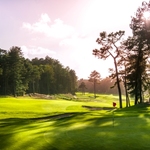