Melbourne, Australia has again been recognised as the best city in the world to live, topping the Economist Intelligence Unit’s (EIU) Global Liveability Index for the fourth year in a row.

The EIU’s Liveability Ranking assesses living conditions in 140 cities across the globe by assigning a rating across five broad categories, including: stability; healthcare; culture and environment; education; and infrastructure.

The accolade comes on the back of the recent Condé Nast Traveller reader’s choice award naming Melbourne as the world’s ‘friendliest city’ so are there more reasons? Here are 10 examples why Melbourne was voted the world’s most liveable city.

1. Where you need to allocate a good ten minutes for a response to the question ‘where is good to eat?’
2. Is one of the only cities in the world where the tram is a main form of transport,

3. Is mostly flat and full of parks so you can cycle almost everywhere – better for the environment, better for your health.
4, Where half of the population was either born overseas or has a parent who was, which means that there isn’t a cuisine you won’t find.
5. Makes you work for your reward. The best cocktail bars, shops, cafes, and galleries are often hidden down a series of laneways behind an unmarked door, in a basement or on a rooftop.
6. Has more music venues per capita than Austin, Texas.
7. Excels in reading and cycling – though not necessarily at the same time – being the second city in the world to be recognised as a UNESCO City of Literature and the second to be nominated a “bike city” by the UCI.
8. Where art is everywhere – you can’t go far in the city without stumbling across a gallery, museum, installation or some of the world’s best street art.
9. Has a penchant for beards and baristas, especially when one is attached to the other – and the quest for the ‘God Shot’ (the perfect, divine espresso) is a serious pursuit.
10. Is home to Australasia’s best restaurant and the 32nd best in the world – Ben Shewry’s Attica

The Rose & Crown Pub named Pub of the Year 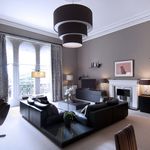 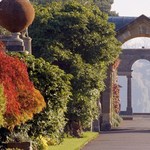