I’m sitting at a grand old Steinway in RCA’s Studio B on Music Row in Nashville. As it happens, it’s the very piano Elvis tinkered on when he was working out arrangements for his band.  Debbie, something of a Nashville treasure in her own right, is telling me a true story about one of his sessions.

“It was late, and everyone was getting tired but Elvis wanted to do one more song. He got the lights turned right down low, went up to the mike, closed his eyes and started singing.”   As she’s telling me this, she turns those same lights down, presses a button and Elvis sounds like he’s right next to me singing Lonesome Tonight.

This is one of those goose bump moments.

They say there’s music in the very walls of RCA studio B, which I wouldn’t doubt for a minute when you consider over 1,000 number one hits were recorded right here. Roy Orbison, Dolly Parton, Jim Reeves The Everly Brothers and Elvis head up a very impressive list of artists. Anyone with the slightest hint of music in their veins will feel a stirring of emotion here, but this is what Nashville does to you.  Everywhere you go and everyone you meet has a story to tell. 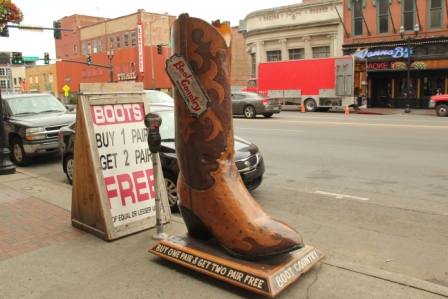 Session legend Joe Chambers for example, owns The Musicians Hall of Fame, his own museum dedicated to the many talented session players who delivered the music behind the hits, has a belly full of them. “Let’s face it ” he says “if you found out Jimi Hendrix never played on his hits, you’ll sure want to know who did!” Joe’s seemingly endless supply of amazing tales has me mesmerised over our lunch together and then, as we part, he throws out another; “That corner of Wedgewood and 8th right by the lights? Roy Orbison lived in a small apartment there and wrote Pretty Woman when he looked out the window and saw a girl walking past.” 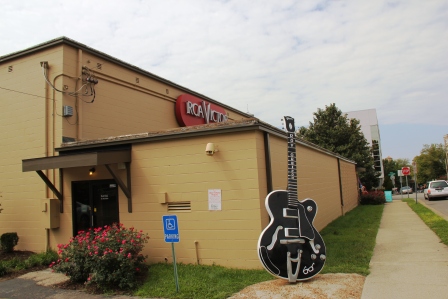 And then with a wave he’s gone.

I come for a peek at another new museum,The Johnny Cash Museum. Johnny Cash is naturally a legend in Nashville, but surprisingly, there’s been no official museum since Johnny and June’s home in Hendersonville, The House of Cash, closed back in 1999. I’m amazed and delighted to find his brother Tommy waiting to show me around. This new museum in a vintage red brick building in downtown contains many artefacts donated by the Cash family members and through the efforts of legendary memorabilia collector Bill Miller. As we walk around, Tommy tells me how as Johnny’s younger brother, he got to hang out with musical legends;  “Elvis, Carl Perkins, Charlie Rich, they were all friends with Johnny and we all used to go out together. Elvis gave me a red and black jacket which I cherished, but lost it after I got drafted.” 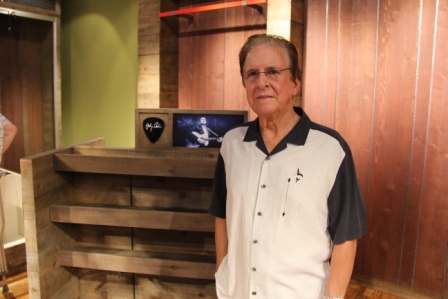 Not far from here, the Country Music Hall of Fame and Museum beckons.40,000 square feet chronicling everything from the roots of country to today’s cross over stars. It’s latest exhibit is exploring the Bakersfield Sound; where artists such as Merle Haggard and Buck Owens pioneered a honky tonk Californian twist on the more traditional Nashville music. I even have time to wander round a small exhibit on Patsy Kline, and listen to a recording of just her singing with everything else stripped out. Pure and magical. 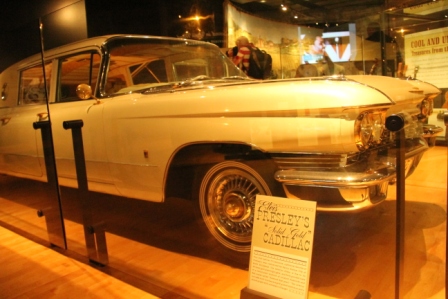 No trip to Nashville would be complete without a night at the Grand Ole Opry, the world’s longest running radio show. Touring around backstage I bump into Billy Ray Cyrus arriving for his headline spot; proof the Opry is still a show that pulls in the big guns. 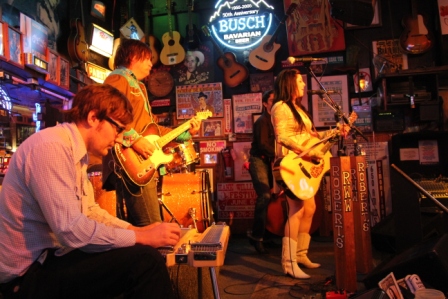 Spending time in Nashville has been a fascinating journey through musical history. It’s a place that’s constantly reinventing itself yet still fiercely celebrates its glorious heritage. For me though, it was back to Elvis’ old piano for another quick tinkle.

Five night stay at the Omni, Nashville including flights from London with American Airlines from £1541 per person based on two people travelling. 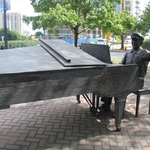 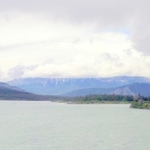 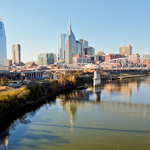