Were it not for its elegant, grown-up decor and  more than 100 years of history, you’d be tempted to liken the Nimb Copenhagen to the Disneyland Hotel in Paris.  Here are Denmark’s very own top lodgings with the face of a fairytale fantasy owned by the capital’s prime tourist attraction and offering free entry in with the room rate.

However, the Nimb is a one-off – a national treasure with only one side looking like something Disney might have dreamed up.   That’s the rear of the building, whose Moorish, fairylit domes face into the park, wonderfully at odds with the elegant and very modern front facade facing the city’s central station.

This boutique hotel – for the moment it has only 17 rooms – actually started life as Copenhagen’s first ballroom, a huge and fabulous oval hall with ornate ceiling mouldings and a huge open fireplace at one end that now serves as the hotel’s main bar, clearly a favourite meeting place for the affluent business set.  It was the mainstay of a dining and entertainment complex the Nimb family operated inside the Tivoli since 1872. 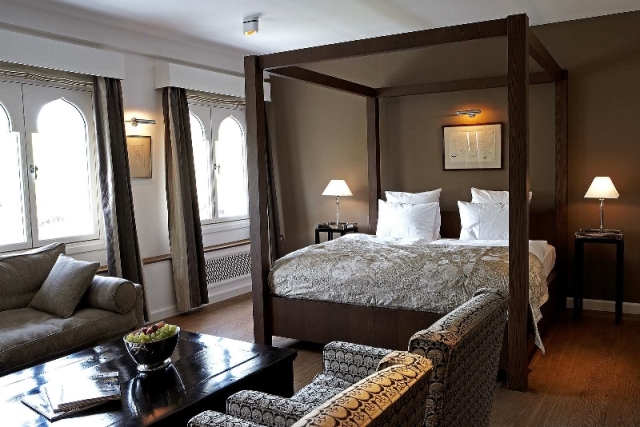 Rooms, added much later, are simply sumptuous;  most have been fitted with proper working fireplaces, a luxury in the chilly Danish winter, spring and autumn.   Windows of all but one room overlook the park, and three have a ringside view from private terraces.  Bang&Olufsen TV and entertainment systems, Nespresso machines and Egyptian cotton sheets come as standard.  Spacious bathrooms with both free-standing tubs and showers are the last word in luxury, yet enjoy that stripped-back feeling which makes Scandinavian design so calming to live with.

A hotel like this was bound to have a gorgeous restaurant, and while the Nimb has several, the high-ceilinged where breakfast is served is so romantic  it wins hands down for an intimate dinner.   Breakfast choices include complex gourmet egg dishes made to order, a multitude of fresh juices and as one might expect, the Danish pastry selection is fabulous.    The Andersen patisserie next door can be accessed directly from the lobby, and steps lead down to a cosy wine bar as well as a terrace restaurant opening into the Tivoli where smorrebrod – Denmark’s exquisite open sandwiches – were first made legendary, and are still served alongside other Danish specialities. 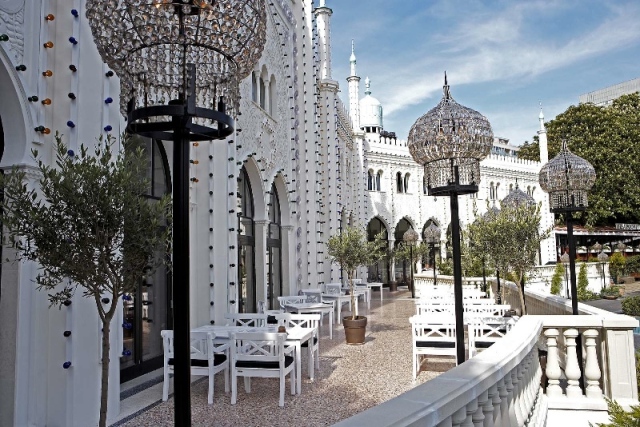 Guests can walk straight out into the Tivoli, saving entrance money, and pick up a book of coupons at the front desk to pay for the terrifying derring-do rides, should they so wish.  But you don’t have to be brave to wander among the flowers, skirt the lakes, get a ringside seat for summer concerts starring major international names or watch the weekly fireworks from the comfort of your room.  Five-star services within including personal shoppers and dog-walking for those who have brought four-legged friends weighing up to 20 kg.

The only problem with the Nimb hitherto has been a lack of sufficient rooms to meet demand, a situation set to change by the end of 2017 when an ambitious new extension is completed.  It will more than double the room count and add a spa, yoga studio and rooftop pool, bar and yet another restaurant. No wonder this hostelry has won a Best Hotel in Denmark award rfive years in a row and made  Conde Nast Traveller’s coveted Gold List.  The Tivoli Corner extension, as it’s known, is bound to add architectural awards to the hotel’s well-deserved panoply of prizes.

Tell me more about the Nimb Hotel Copenhagen 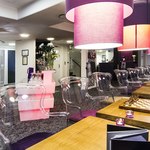 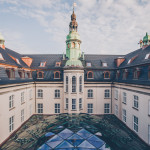 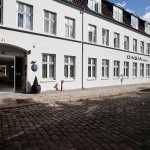