Opening in June 2017, located in the heart of London’s trendy east end, Nobu Hotel Shoreditch is the first European property from the Nobu Hotels brand.

A landscaped garden at the hotel’s eastern edge is built into terracing, seating and plant life, and provides natural light and access to the restaurant and bar space. 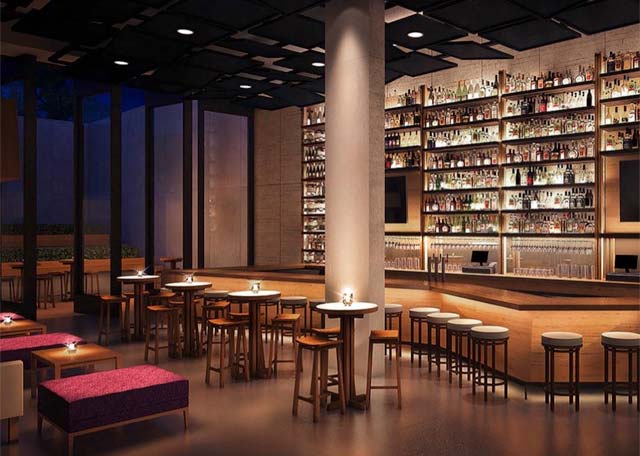 As well as a spa and wellness area, guests will be offered a series of innovative culinary experiences, specially created for Nobu Shoreditch, available not only in London’s newest Nobu restaurant, but across the lobby bar, extensive meeting spaces and 24 hour room service.

Inspired by the iconic Nobu aesthetics, the 340m² restaurant space’s sleek wooden finish creates a cool and contemporary environment. Known around the world, Nobu cuisine is an innovative interpretation of Japanese, Peruvian and other South American elements pioneered by Chef Nobu Matsuhisa and influenced by his years of studying Japanese cuisine in Tokyo and his extensive travels. Overseen by Executive Chef Greg Seregi, supported by Head Sushi Chef Teruya Noriyoshi, the Nobu Shoreditch menu will feature many of Nobu’s timeless dishes, such as Black Cod Miso and Yellowtail Sashimi with Jalapeno, 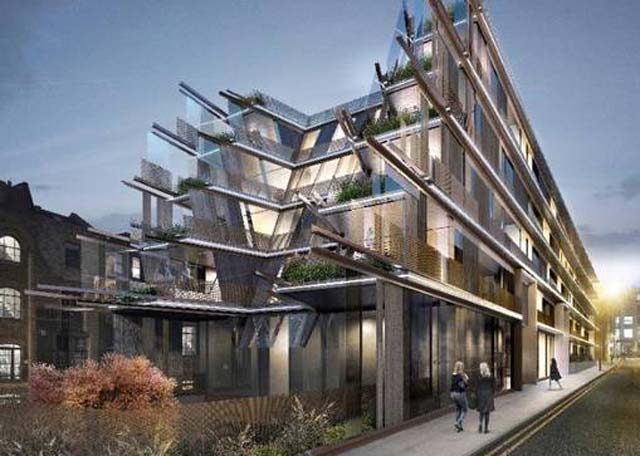 “The Nobu Hotel Shoreditch in London is our first European hotel joining our growing portfolio collection of hotels covering select locations in the Americas, Middle East and Asia,’ explains Trevor Horwell, chief executive officer of Nobu Hospitality. “Our proven business algorithm for hotel owners is our tactical and competitive advantage, focusing our effort on maximizing return per square foot.  We are as such continuing to expand our global hotel footprint with a robust development pipeline working with the best strategic partners.”

“The Nobu Hotel Shoreditch is a critical and valuable chapter in the ongoing evolutionary tale of London. For an area conceived through, and shaped by, contemporary culture and creativity, our architectural design is the obvious gesture” said Hotel Developer Meir Abutbul.  “The demonstration of beauty, drama and instinctive elegance has found a perfect home with the Nobu Hotel Shoreditch. 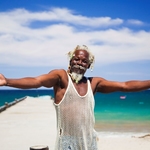 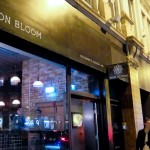 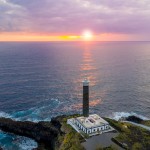