Eat your heart out, stylish boutique hotels of Paris – the fashionistas are still going for the resolutely period decor of the eternally glamorous Plaza Athenee.   For a start, it’s right in their territory on the avenue Montaigne, close to Dior, Louis Vuitton and Valentino, and for another thing, they are used to divas and fulfilling their every demand.   For me, they found a Nespresso machine so I could brew up in 30 seconds on the day I needed to leave my fabulous room at 5am, and tracked down the Left Bank butcher from whom I needed to buy a Bresse chicken to take home.

Not that the rooms throw up any surprises; they are just supremely comfortable and luxurious, with an option to choose an Art Deco theme which is by and large less warm and welcoming than the Regency-style accommodations with their Louis chairs, marquetry and heavy drapes.   Grey and white marble bathrooms are suitably sumptuous, and the only jarring note is the adoption of new technology in the form of a television disguised as a wall mirror which turns out not to offer nearly the sight and sound quality of a free-standing TV.   Happily, that’s only in certain suites, and I was happier in my immense non-suite room which had a conventional huge television screen and a sofa in front of the bed from which to enjoy viewing. 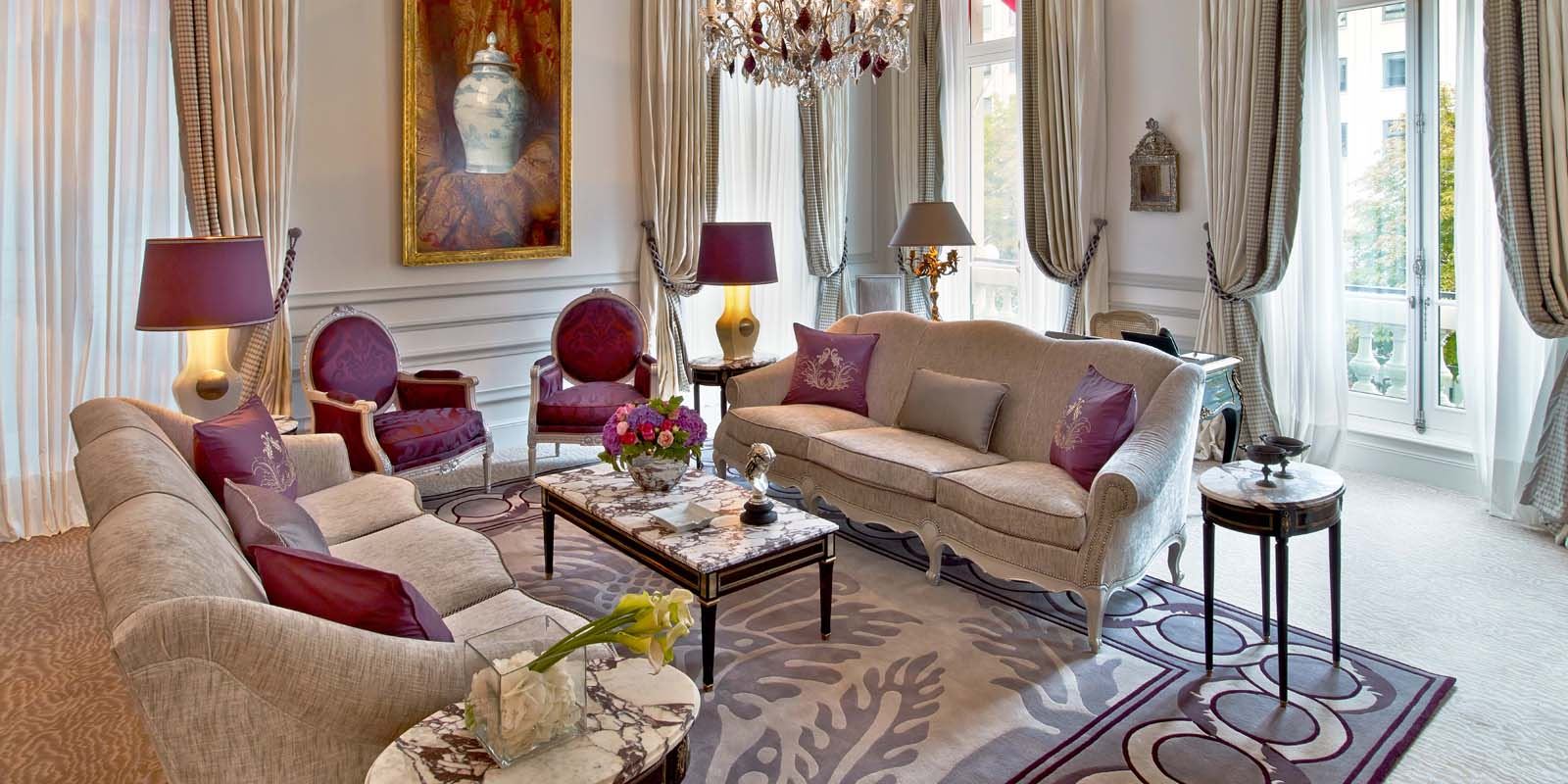 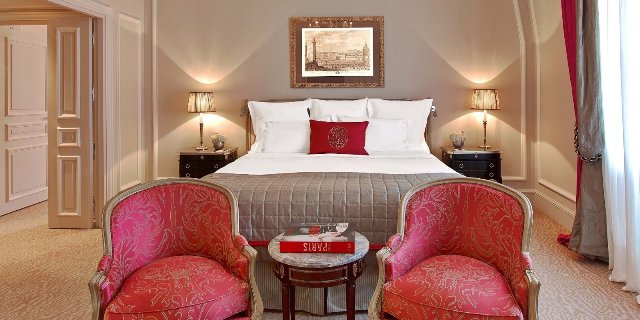 Changes have mainly been made in the public areas, where the flagship restaurant by multi-Michelin-starred Alain Ducasse has been redesigned to resemble a spaceship and inexplicably cleared for main meals of the oceans of white linen one would expect to accompany pricey main meals.  A plus is that tablecloths still rule at breakfast, where pastries made by a world champion patissier are abundant enough to fill a doggy-bag and the atmosphere, thanks to beautiful lighting from a pair of the world’s most fabulous chandeliers, is enchanting. 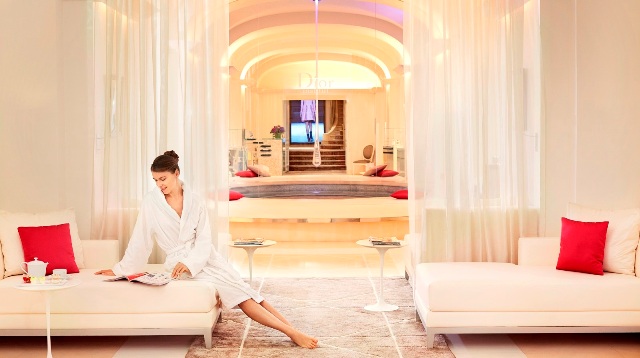 Outside the dining room, things become a little schizophrenic. The retro lobby lounge, where yet more pastries are served with tea or coffee, advertises its mouthwatering wares with holograms in a knowing nod to he 21st century.   But the bar, or rather Le Bar, as it’s now known – is so keen on embracing the future, it looks like it belongs to another century – and certainly a much younger generation than the average resident. Brilliant blue light predominates here, dazzling fuschia one floor below in the Dior spa, a reminder that the hotel is a fashionista fixture on the Avenue Montaigne.

Tell me more about Plaza Athenee 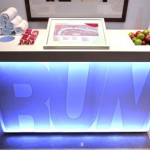 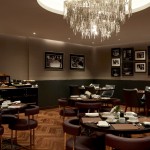