As Liverpool’s Albert Docks were once the seafaring gateway to the world, with 200 ships a week queuing to load and unload, it is apt that Rosa’s Thai Cafe should sit in a former red-brick warehouse overlooking the waters. Now a Grade 1 listed building, the cafe, importing ingredients from Thailand, brings exotic flavours to a Liverpudlian palate previously renowned for its adoration of scouse stew. 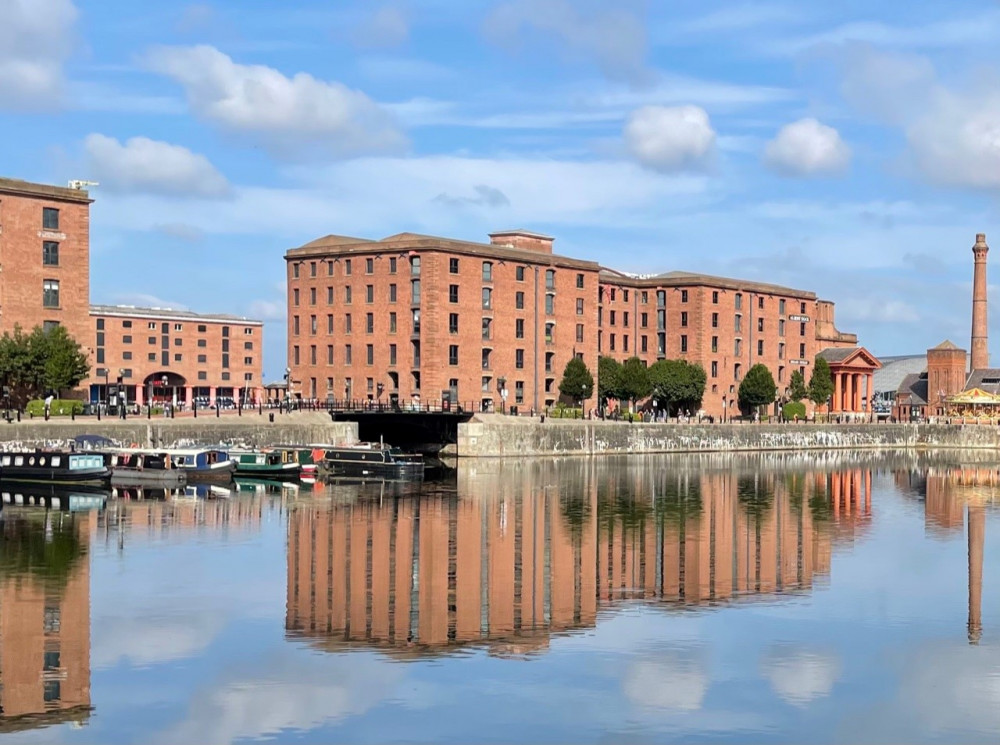 Don’t, though, go asking for Rosa. Rosa, who owned a greasy spoon cafe in Spitalfields, London, which Saiphin and Alex Moore purchased, does nothing more than lend her name.
Saiphin Moore is the creative culinary force. Here in Liverpool, an open theatre of a kitchen and two brick arches overlooks boats bobbing on Mersey waters.

For Saiphin Moore, hard-working and obsessed with culinary perfection, it has always been A Hard Day’s Night. As Rosa’s backs on to The Beatles Story, there may yet be a few more Lennon and McCartney references. Just a short stroll from the Tate Liverpool, the Slavery Museum, the British Music Experience and the Ferry Cross the Mersey, Rosa’s All Day menu refuels exhausted tourists. Though, it is also a favourite spot for home-sick Thais. 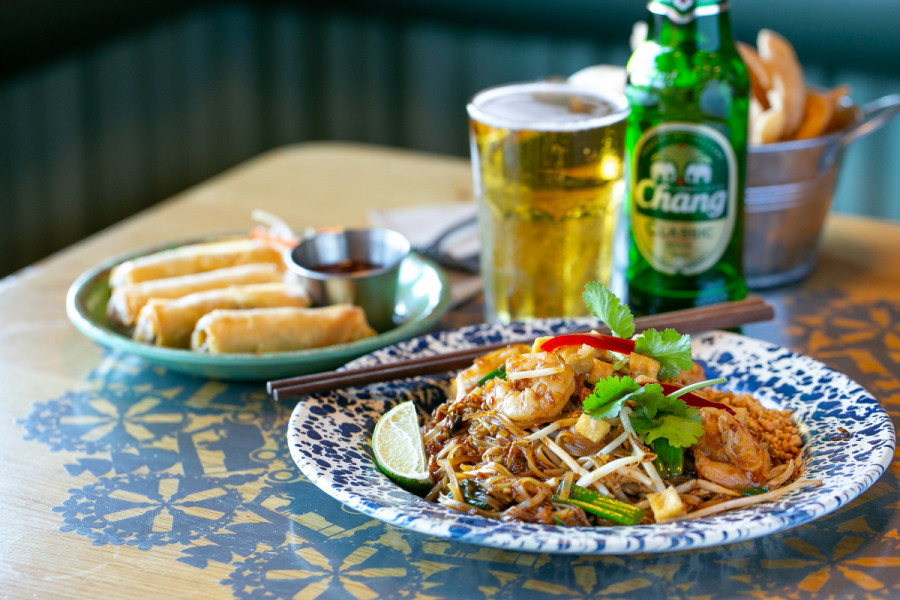 Born in north-western Thailand, Saiphin became both cook and entrepreneur. By 14, she had earned enough bahts delivering spices to purchase a motorbike to expand her empire. Whilst nannying – and cooking – in Hong Kong, she met Alex, her future husband. Whispering words of wisdom, they decided to bring Saiphin’s creative Thai cuisine on a magical mystery tour to the UK.

Thai PA, an East-meets-West fusion of light pale ale, lemongrass and lime epitomises the menu’s sense of fun. On the label of the specially brewed Mad Cat beer, a manic cat drives an out of control tuk-tuk. Similarly theatrical, “It’s Show Thai’m” puts a potent blend of home-brewed Thai Tea with Amaretto and vodka on to the cocktail list. 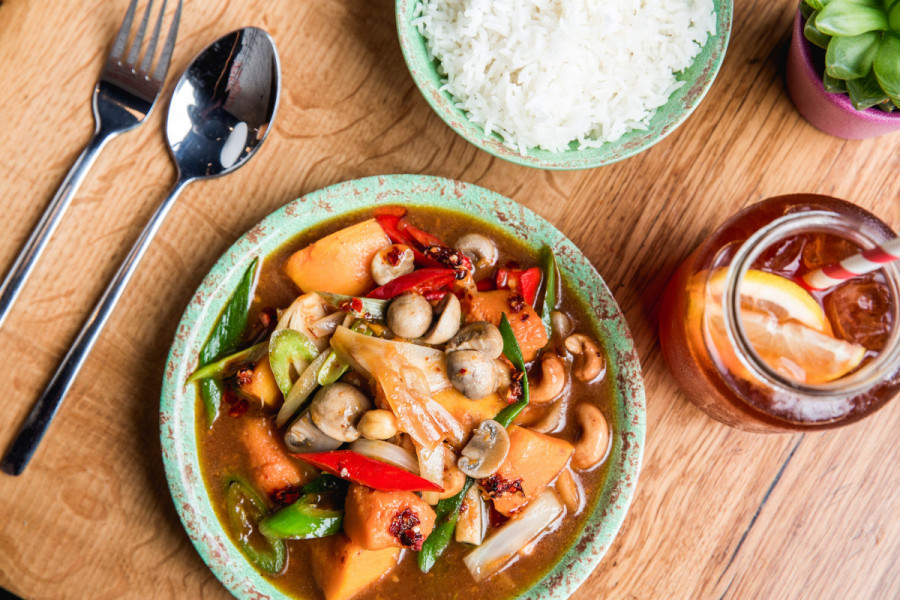 For Rosa, the culinary challenge was to produce authentic Thai cuisine with fresh British produce. Som Tum is a complex salad showing Rosa’s skills in balancing flavours: simultaneously it is refreshingly both sweet and sour, a touch salty and hot too, as you crunch into the bird’s eye chilli. Yet, Rosa has been unable to find a local replacement for the vibrant Thai green papaya which has to be imported.

Nor has there been any compromise on tamarind for the pad thai and sticky pork skewers. This key ingredient comes from Saiphin’s Thai hometown, halfway between Bangkok and Chiang Mai. Similarly, curry pastes, the heat slightly toned down for genteel western palates, are made by a Thai supplier who is also Saiphin’s daughter-in-law.

Though sometimes local produce steps up to the mark. Saving on the food miles, Jersey Royal potatoes blend with Silk Road spices to create a perfect texture for the massaman curry, the gentlest curry on the menu. 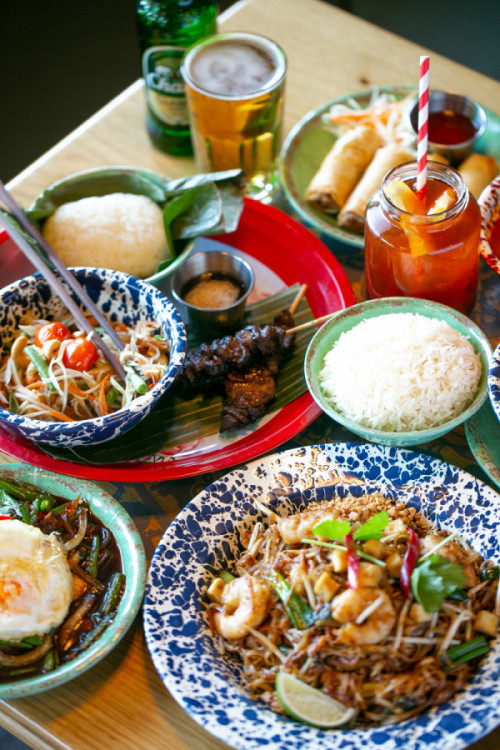 But, for Saiphin, there is no compromise on rice. It is sourced from Thai farmers who Saiphin has worked with for many years. She helped them to get an export license, cutting out the middleman, and increasing their profitability.

Not only is there steamed jasmine rice, egg-fried rice, coconut rice and steamed sticky rice on the menu – in a moment of Heston Blumenthal creativity – sticky rice makes a dessert appearance just below the mellow mango sorbet in a sticky rice mango sundae.

For Thai folk, Wednesday is the extra lucky day to visit Rosa’s. The calm jade green colour scheme, in a post-industrial building boldly displaying its piping and wiring innards, is Wednesday’s lucky colour. Though, you could always bring your own good fortune by wearing the lucky colour of the day. 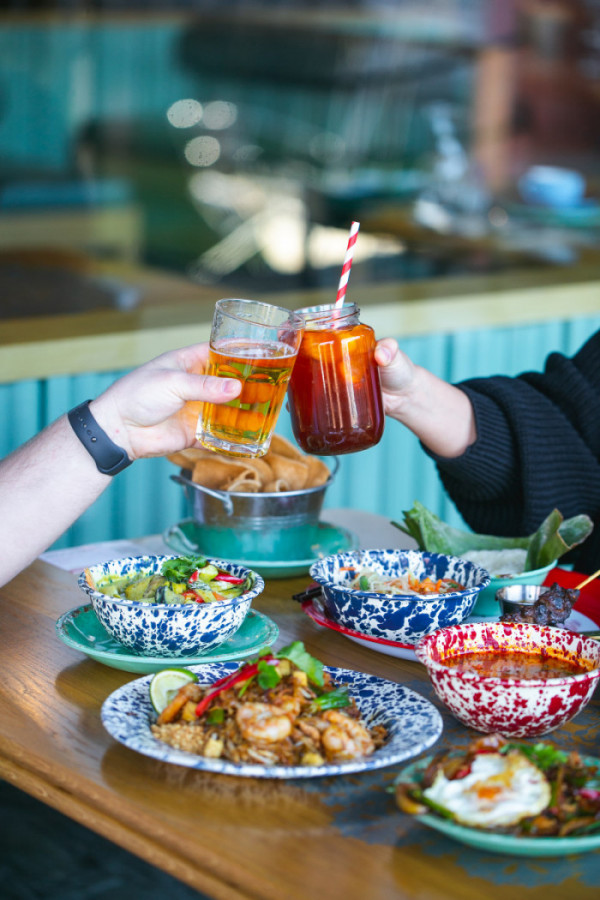 There is a tale associated with the two mythical Liver birds that top the grandiose Royal Liver Building, a reminder of Liverpool’s commercial heyday in the early 20th century. It is rumoured that the female bird gazes out to sea for returning sailors whilst the male looks inland to see if the pubs are open. Though now that Rosa’s Thai Cafe is in town, he is probably also checking out the day’s specials on the menu. 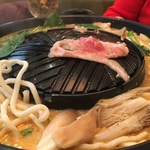 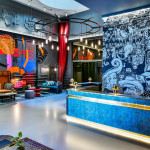 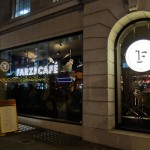