With its dinosaur skeletons and spectacular collection of stuffed birds, creepy-crawlies, mineral rocks and other earthly phenomena, London’s Natural History Museum is always worth a visit. But never more than between now and September 8, when the spectacular photographs of Sebastiao Salgado will make their exit after proving the dark-horse hit art exhbit of summer 2013.

Salgado is world-renowned for documenting the disconnect between displaced, often alienated communities and fast-disappearing traditional ways of life, but in Genesis, he turns his attention to the remaining wild inhabitants and primeval splendours of the natural world. Icebergs, rivers, rare long-horn cattles, albatross and chinstrap penguins are the stars of this particular show.
The work on display in rooms arranged by geographical particularity is the result of Salgado’s eight years of travel around those few corners of the globe which can still be considered pristine and unspoiled. He was inspired to record these virgin landscapes by the destructon of the Brazilian rainforest he grew up in, a landscape which has come close to extinction in the name of development. However, Salgado and his wife Leila, who curated the exhbition, have tried to stop the rot at least on their own doorstep by replanting the family farm he inherited with two million trees. 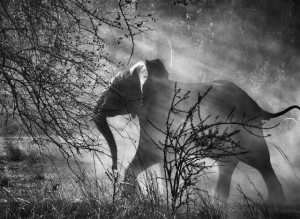 This exhibition is full of astonishingly patterned landscapes and scary-looking indigenous people, many of whose lips have been stretched out with plates or who are wearing fierce war paint which screams: “Don’t come close”. But it’s the animals and birds which really engage the viewer – elephants loping through dappled sunlight, albatrosses canoodling in nests between their long-haul flights, chinstrap penguins lining steep ravines and occasionally caught mid-flight as they belly-flop into the water.
Children should be encouraged to see these entrancing images at a time when parents can still say hand on heart that they were taken in wildernesses which have not yet fallen to the developer’s demolition ball. Allow a full hour to get round the exhbit – and at least another 60 or 90 minutes to enjoy the best of what the NHM has to offer. 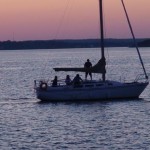 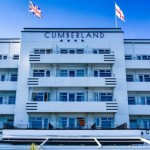 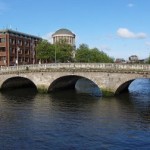