It is unexpected to begin a hotel recommendation with the outstanding quality of the coffee on offer but, the bean-to-cup machines on each floor of the Signature Lux hotels and available on a complimentary basis for guest use, are such an improvement from most hotel in-room coffee offerings, it bears mentioning.

So, too, is the way decorators have combined faux animal print textures and fabrics and faux flora with glitzy chandeliers and more gilding than you’d find in Versailles. Every sense of good taste is discarded but the result is an interior scheme that is fun and filled with vibrancy and whimsy that delights. 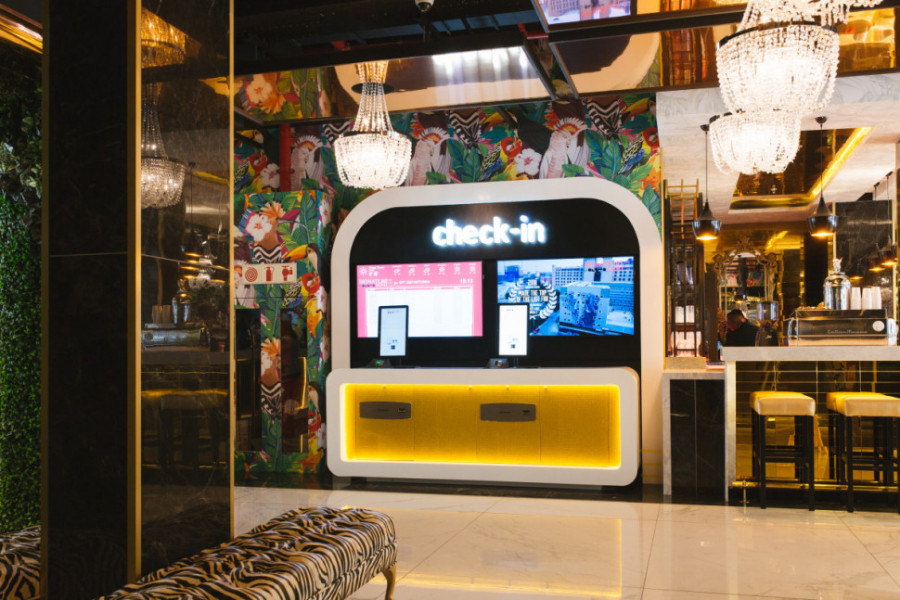 The jungle theme permeates from the lush but faux ferns and palms that cover the walls to the faux python-green and pink covered chairs, leopard and cheetah prints just waiting to pounce. And, to bring the look together, brightly coloured wallpaper and fabrics used in the corridors and rooms continue the animal-rich forest story.

South Africa’s Signature Lux is part of ONOMO Hotels, the largest African hotel group which operates 22 hotels in 13 countries from Senegal and others in West Africa to Mozambique, Uganda and South Africa.

We stayed at Signature Lux Foreshore, near Cape Town’s city centre, a stone’s throw from Cape Town International Convention Centre and close to the V&A Waterfront. 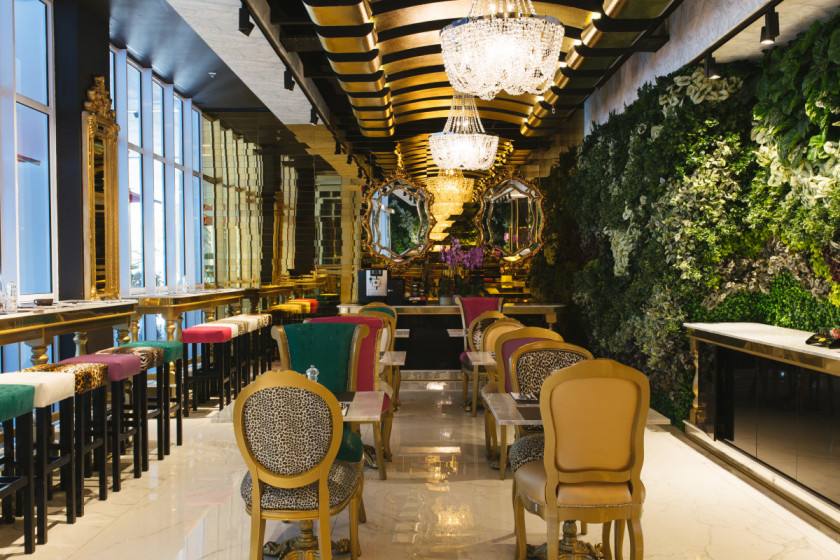 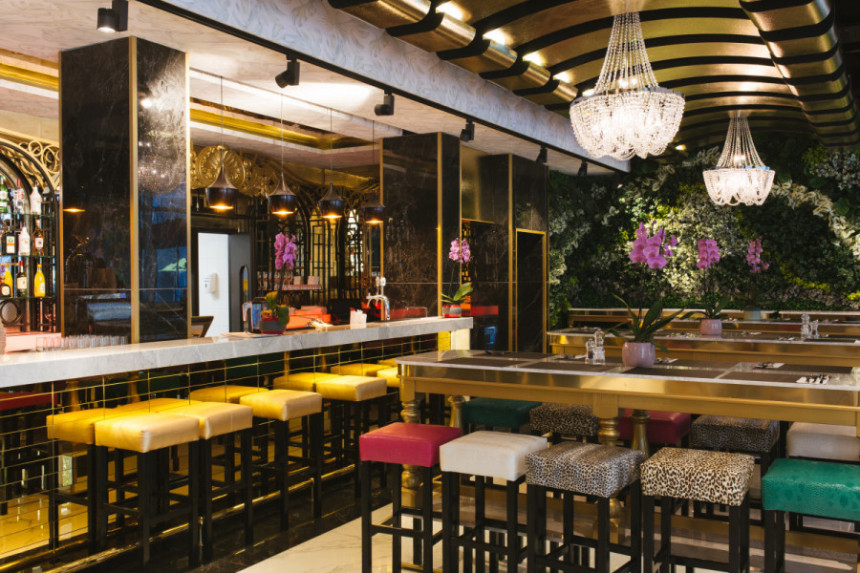 When we visited recently, a group of people were quarantined in their rooms until they received their negative PCR test results. What impressed me is how well the hotel coped with food delivery to the rooms while medical professionals came to the hotel to administer the tests. It seems that for the foreseeable future travellers will have to keep Covid prevention in mind and this hotel is especially geared for automated check-in and out. There are security staff placed outside the hotel to record temperatures and to sanitise hands as well as under shoes – a first in my experience which is, I think, a good thing as it adds an additional layer of protection. Masks have to be worn in all public areas. 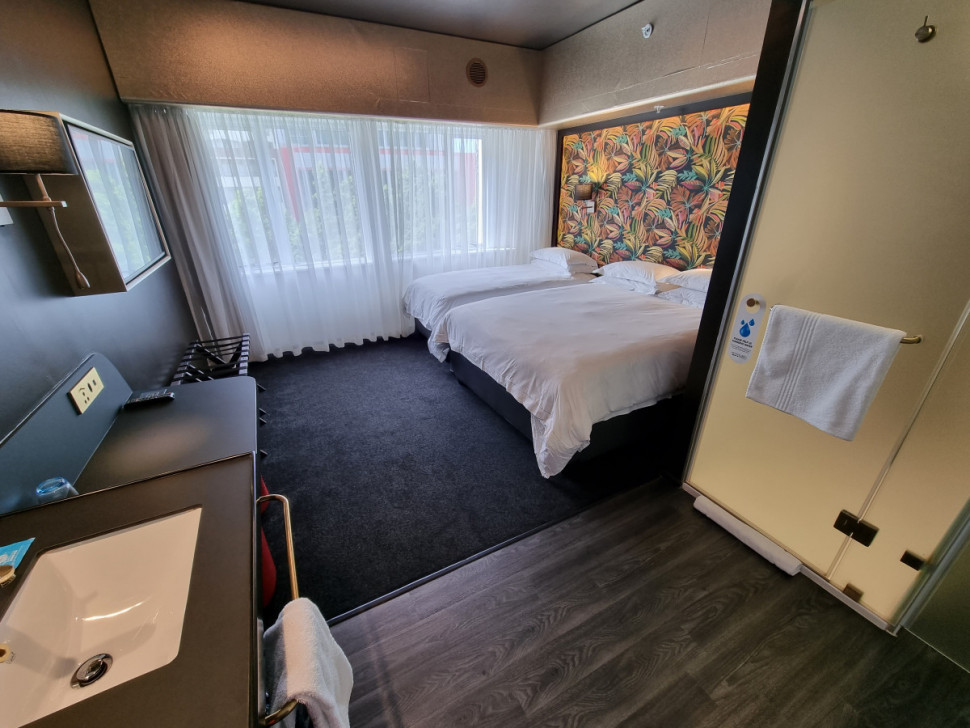 There are 157 bedrooms facing either a courtyard or the foreshore with distant harbour views. Rooms have extra-length queen-sized beds. The shower and loo are each enclosed in a frosted glass cube. The washbasin is in the main room area next to three drawers and hanging space for a few items. There is a desk/dressing mirror area. And, despite the bean-to-cup machine on each floor, there is a kettle in the room with instant coffee and tea. The decor is high glam with granite-style basins and golden taps and rails. Wi-Fi is free, fast and the smart TV can stream your content via Chromecast.
Despite a relatively small floor plan, the rooms feel perfectly roomy on account of clever recessed lighting. And, plenty of plug points and USB chargers are available. A drawback is that the in-room safe is not large enough to accommodate a laptop computer. Rooms are individually air-conditioned, and some courtyard-facing rooms have small balconies.

Tell Me More About The Signature Lux Foreshore

The food offering is well priced with starters ranging from ZAR45 (£2) for soup and a roll to a Club Sandwich with all the trimmings for ZAR110 (£5) or Pepper fillet for ZAR220 (£10).
Peak-season pricing is around ZAR2000 (£95) per room, with breakfast included for two. 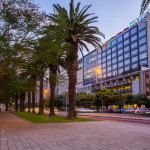 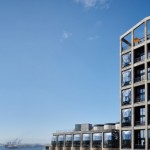 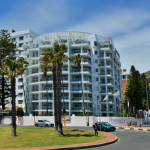