Don’t let the rustic name fool you. Our bed at Skyland Lodge, in the heart of the Shenandoah National Park, was almost as big as the entire room we’d had the previous night in a luxury city hotel.

Our Skyland cabin was simple wood panel walls, and the furniture functional, but we had a large TV, a coffeemaker, a table and chairs, a charging port, an en-suite bath/shower room and a wardrobe in a recess.

It also had something no hotel can compete with – a balcony with a view over the magnificent Shenandoah Valley. In the morning the prospect of that view would make us rise early, make a coffee and go out on the balcony to sit and look out at the mountains on the far side of the valley. In the early morning, the valley itself was filled not with the lush green of the day, but with a sea of white cloud, a remarkable sight. We were looking down on the clouds but enjoying the early morning sunlight from a clear blue sky. It was as if all the clouds had fallen out of the sky and decided to spend the night tucked up in the valley below.

Skyland stands at 3680′, the highest point you can reach on the Skyline Drive that goes through the National Park from one end to the other. It’s one of the most beautiful drives in the USA, with over 70 scenic overlooks. We drove bits of it over three days, seeing the climate change, stopping to do hikes, taking far too many photos in those scenic overlooks and sometimes just sitting and looking.

Around us on our balcony in the morning, birds were singing in the treetops. Swallows swooped over the small field that was below us, and beyond the field, a few brave hikers were setting off along some of the trails that pass through Skyland, including the Appalachian Trail. Yet beyond and below them, this sea of white cloud was stretching for miles across and along the valley. 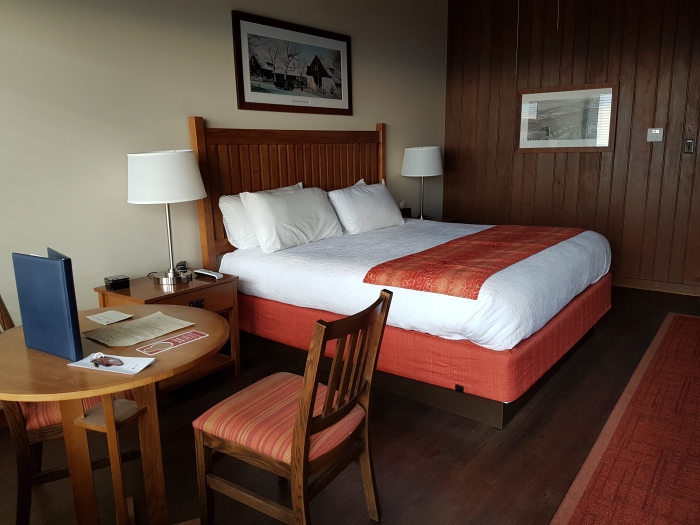 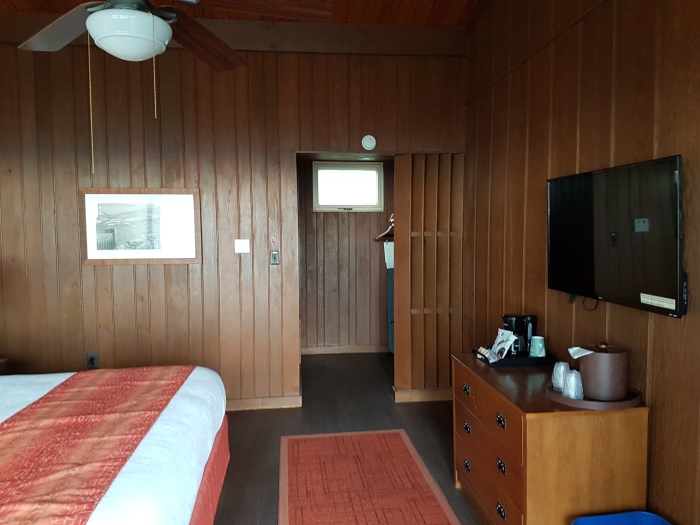 The previous afternoon we’d enjoyed a more modest hike ourselves, of 4.4 miles, to see two waterfalls, all the time looking for black bears. The day before we’d had a teasing glimpse from our car of a mother bear and two cubs scuttling into the woods at the side of the road. We hoped to see more on our hike, constantly scanning the woods that we walked through, but we weren’t lucky.

In the National Park Center at Big Meadows earlier in the day, one of the rangers told us that looking for bears was like trying to find that antique you’ve long been searching for. When you stop looking, that’s when you find it. Little did we know how true that would turn out to be.

We checked into Skyland Lodge, just in front of an Aussie guy who was hiking the 2200-mile Appalachian Trail, and we were taking a rest on the shared balcony after our walk, breathing in the expansive view as the sun started to cool. The couple who were in the room next to us returned from dinner, holding the remains of a bottle of wine. We chatted a little, then they disappeared into their room but re-emerged to offer us two glasses of red wine. ‘We were taught to share,’ the husband said. 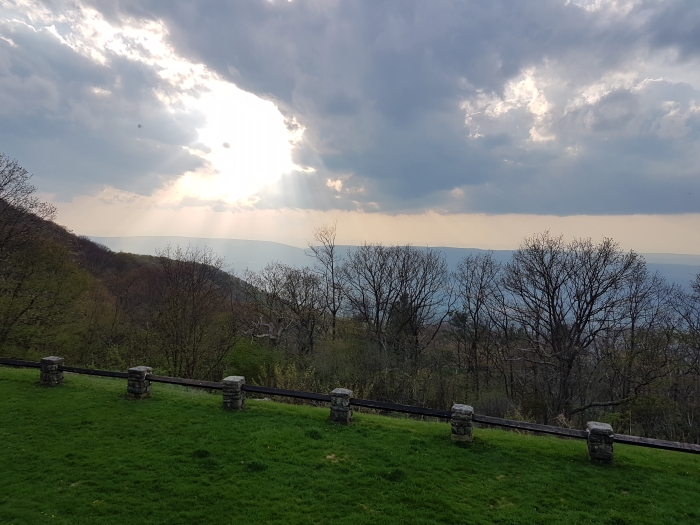 They went for a stroll along one of the trails and returned 10-15 minutes later. ‘We saw a bear,’ they said, ‘so we thought we’d better come back.’ They told us roughly where they saw it and although they’d nervously retreated, we wanted to see the bear and set off along the trail. We quickly spotted not one but three bears, a mother and two cubs, snuffling in the woods, walking through and looking for food. A woman and her two little daughters also watched from the path, though she held onto her excited kids in case they got a little too close.

A man came out of one of the nearby cabins to join us. ‘You know,’ he said, ‘I’ve been coming here two years and have never seen anything like this.’

The three bears emerged from the woods and walked across the road right in front of us. At one point the mother stopped and looked at us quizzically, a gesture immediately copied by her two cubs. Unconcerned, they carried on walking into the woods at the far side of the road, and only broke into a run when a car drove up towards them.

We remembered the ranger’s advice. Black bears aren’t aggressive towards humans. They will run away every time. They just want to go about their business and as long as you don’t startle them or approach too closely, especially to the cubs, there’s no danger. We also remembered what he said. As soon as we’d stopped hoping to see some bears, we saw them. 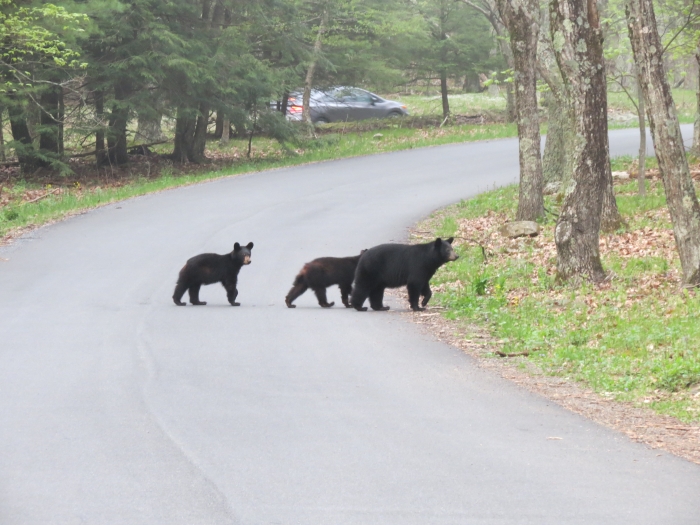 Skyland has a tap room with local beers, bar food, and at 8.30 a bluegrass artist was playing. We ate in the dining room, celebrating our bear sighting with a bottle of Oregon pinot noir, two perfect sirloin steaks, a cheesecake and a plate of chocolate decadence. From our window table, we watched the valley sink into cloud and then into darkness, as black as the fur of a bear.

Tell Me More About Skyland Lodge

To plan your trip to the Capital Region, visit www.capitalregionusa.co.uk. 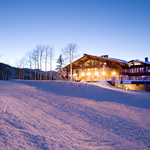 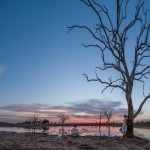 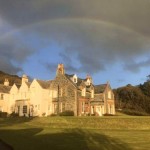