It’s not often you can honestly say you have stayed the night in a city hotel that’s quite literally different from anywhere else you may have experienced. Sunborn London is just that. A superyacht permanently moored at the Royal Victoria Dock, no more than a yardarm from the O2 and Excel Centre.

There’s no doubting the narrative here. An authentic taste of cruising without leaving port, just two minutes’ walk from Custom House DLR; perfect for a romantic anniversary or a birthday celebration or a London stay after an O2 concert. And let’s be honest, there is something a little special about sleeping on water. 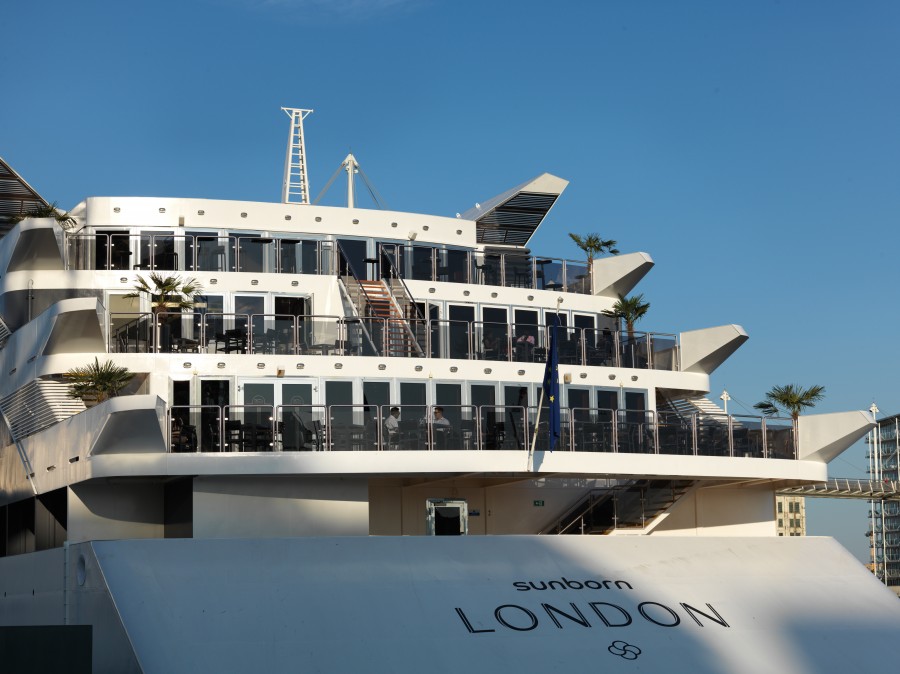 Sunborn London may not have actually cruised any ocean (it has never had engines and was towed here from its former home in Finland) but the sleek look, varnished teakwood, brass fittings, sweeping staircase and chandeliered lobby leave you in no doubt you’re aboard a luxury vessel. You can almost imagine yourself on a voyage back in the golden age of cruising, sipping a gin and tonic in the bar as the sun dips slowly over the horizon. 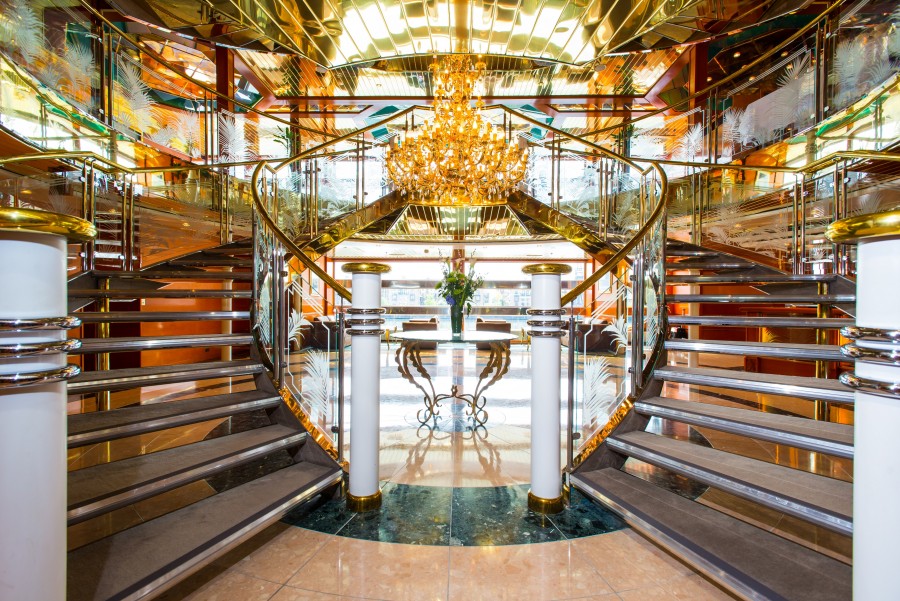 The 138 rooms are spread over five decks and come as classic, executive or suite class with executives and suites offering an outside balcony or terrace.  The rooms are spacious, warm and inviting with king beds, flat-screen TVs and Prija luxury toiletries.  My junior suite came with an equally spacious separate lounge, dining table and settee and two flat-screen TV’s. The bathroom had a very deep bath/ shower and one of those state-of-the-art Japanese toilets that offer up a complex variety of rinsing options and a seat that opened for action each time I opened the door. 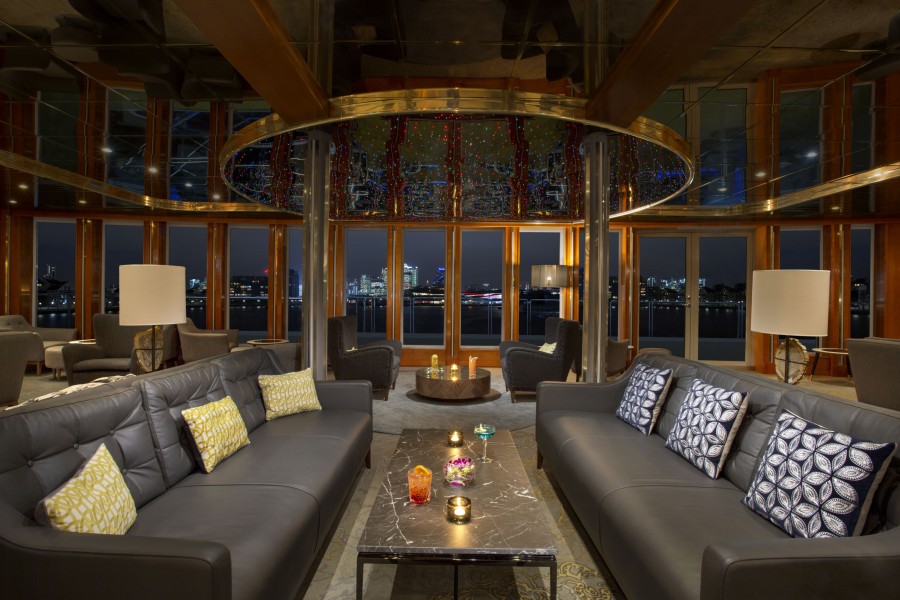 Whilst the daytime view from Royal Victoria Dock may not be the most romantic in the world, come nightfall it took on a completely different perspective. Twinkling lights from the skyscrapers of Canary Wharf and the City, and the perfectly hypnotic illuminated lines of the Emirates Air Line cable car. It was an impressive skyline from my room, but down in the airy panoramic Sundown bar over a classy cocktail, it took on a whole new hew.

That said, the Lands End Restaurant also has a pretty spectacular viewpoint particularly seated at one of the front window tables. The name recounts the original marshlands that covered much of east London, then called Lands End way before the docks were even imagined. There’s a set menu available Monday to Thursday with a full à la carte offered at weekends. I had the à la carte as it was a Saturday night, and Lands End was filling up nicely, more than a few celebratory tables too by the sound of it. 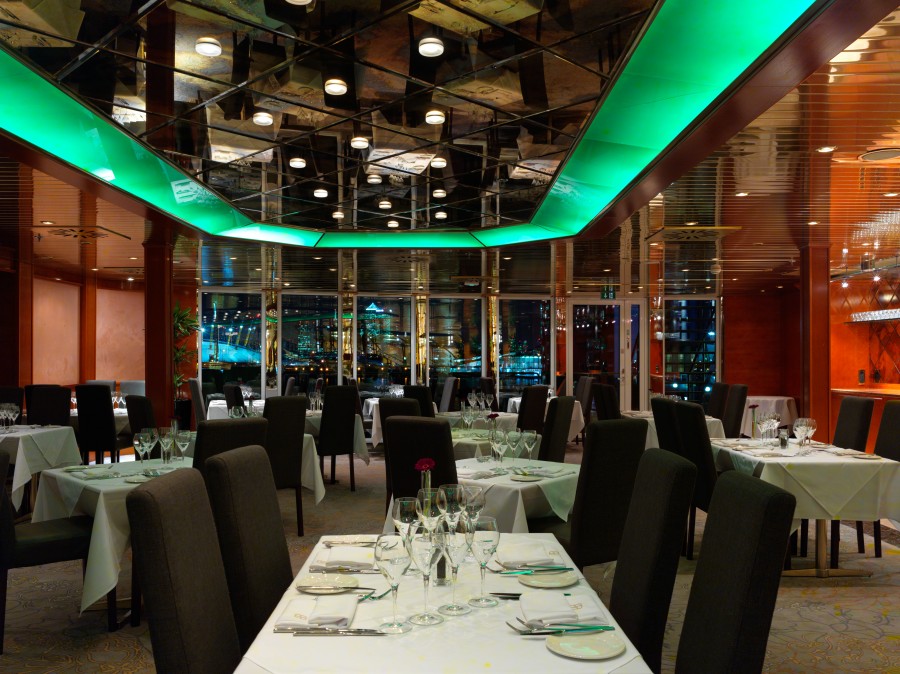 My smoked butternut squash velouté starter with Pecorino and hazelnuts (£9.50) was a triumph and served piping hot in a generous bowl. My headline act followed soon after; Surrey farm beef short rib, smoked marrow, celeriac, lettuce, beer pickled onions, horseradish (£29.50). The short rib, I was assured, had been cooking for hours and it was impressively soft, almost dare I say it, melt in my mouth. Although the celeriac and roasted lettuce were excellent, I couldn’t help myself ordering a side of rosemary & garlic sautéed new potatoes (£4.50) which certainly didn’t disappoint. It was all washed down with a very acceptable glass or two of Malbec.

I called it a night, but no doubt the various celebrating parties continued enjoying themselves long into the night back down in the sundown bar.

It was a restful night bar one or two creaks from the timbers and an odd clang, not entirely unexpected aboard such a sizeable yacht.

The next morning, do not disturb signs adorned numerous cabin doors as I made my way back down to Lands End for breakfast and all was Sunday-morning quiet on Royal Victoria Dock.

I can see summer being perhaps a more favourable way to spend time aboard Sunborn London with plenty of deck space to sit and relax in the sun. Having said that though, for anyone looking to have a different hotel experience in the capital, this is about as different as you can get!

Sunborn London offers a nightly rate from £160 based on two sharing on a room only basis. 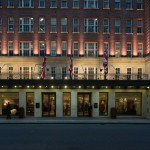 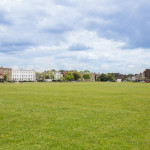