The 50 metre high golden ram was clearly relishing its VIP status as the centre piece of  this year’s official opening extravaganza of the Taiwan Lantern Festival; its entire visage was lit up with lasers and strobes, as a phalanx of fireworks crackled overhead and I swear there was a cheeky smile cracking on its face.

Then again, it was a giant lantern, so the smile was unlikely. But being amongst 30,000 fellow night time spectators in Taichung City’s Wuri High Speed Rail Special Zone, a 50 acre park hosting the main Taiwan Lantern Festival, it was hard not to get carried away by it all. 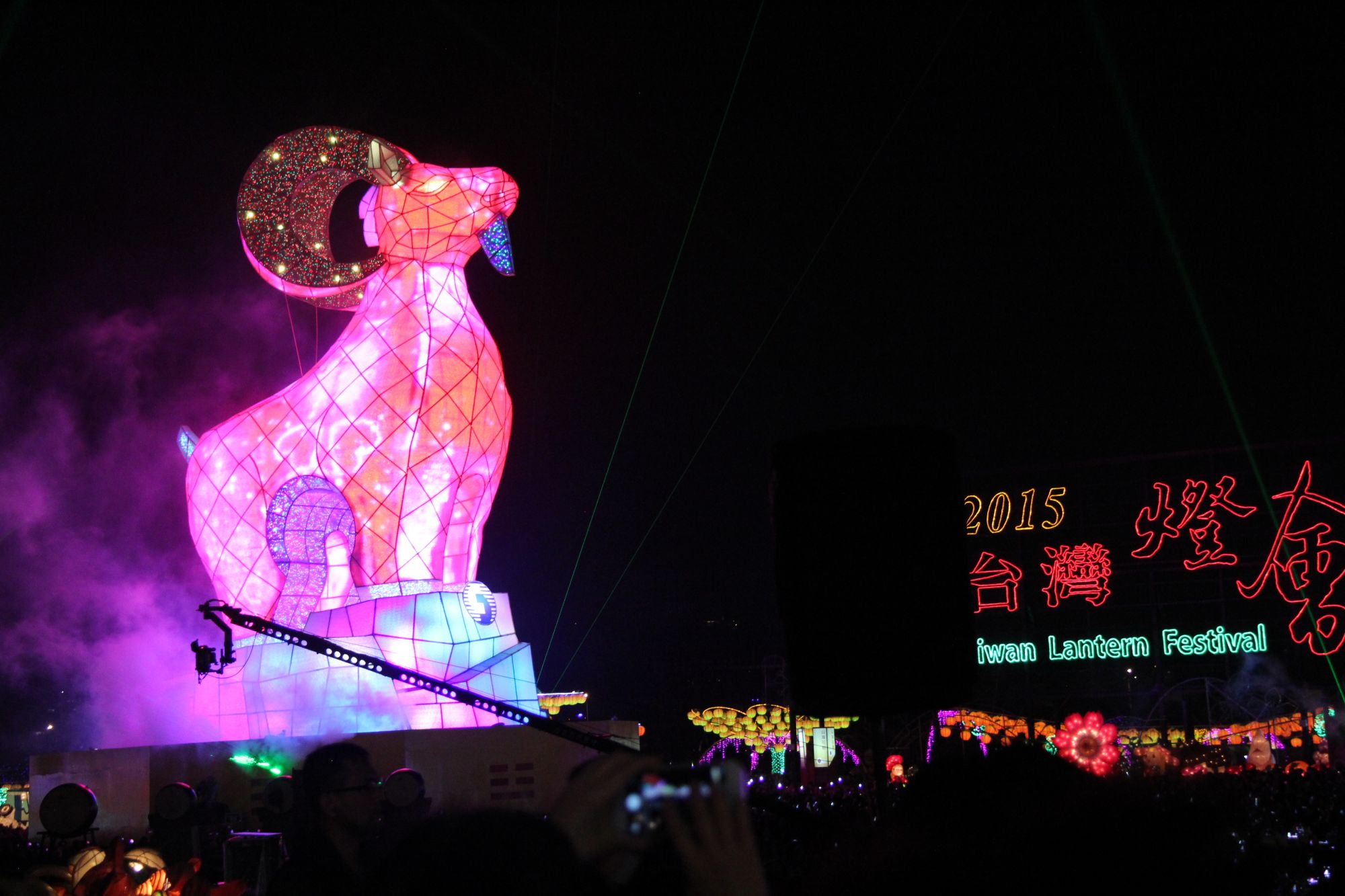 The giant Golden Ram lantern was actually a well preserved relic of the 2003 festival, but as 2015 is the year of the Goat, its special status was more than a little justified.

The Taiwan Lantern Festival is celebrated each year on the 15th day of the first lunar month, a sort of extra celebration of the Chinese New Year, and all across Taiwan temples, streets and public places are decked out in red lanterns in celebration with many towns and villages organising special events. However, there is always a city chosen to host the main event, and this year it was Taichung City, a particular honour this time around as it became the only city to host the event twice for the same zodiac animal. 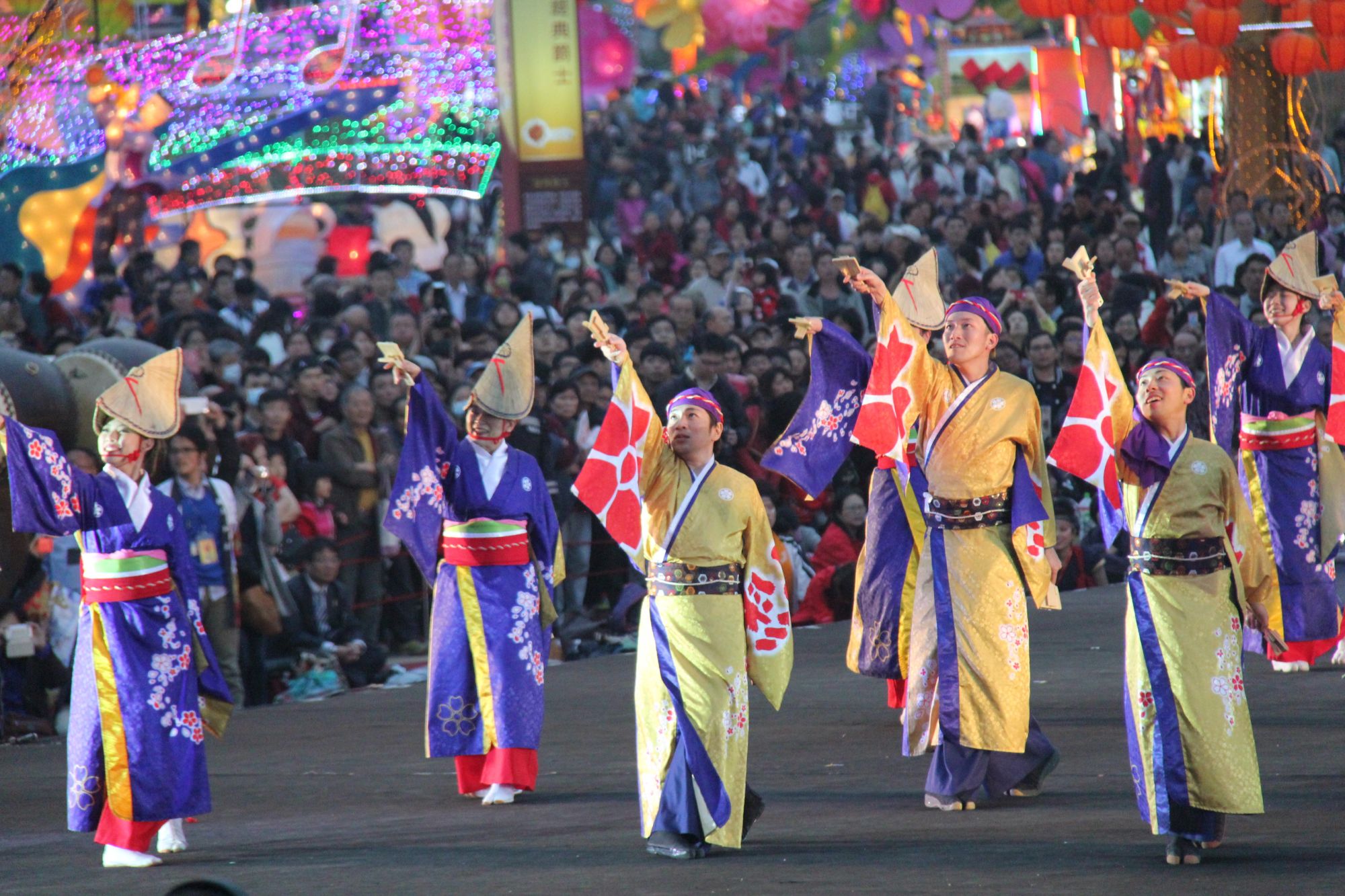 This really was a little bit special; thousands of onlookers watching a cast of hundreds perform dancing and singing and music in a collective outpouring of celebratory spirit. The whole park was filled with all kinds of beautifully made lanterns and installations depicting famous Chinese characters, animals or stories in all shapes and sizes with many competing to win the coveted best in show. 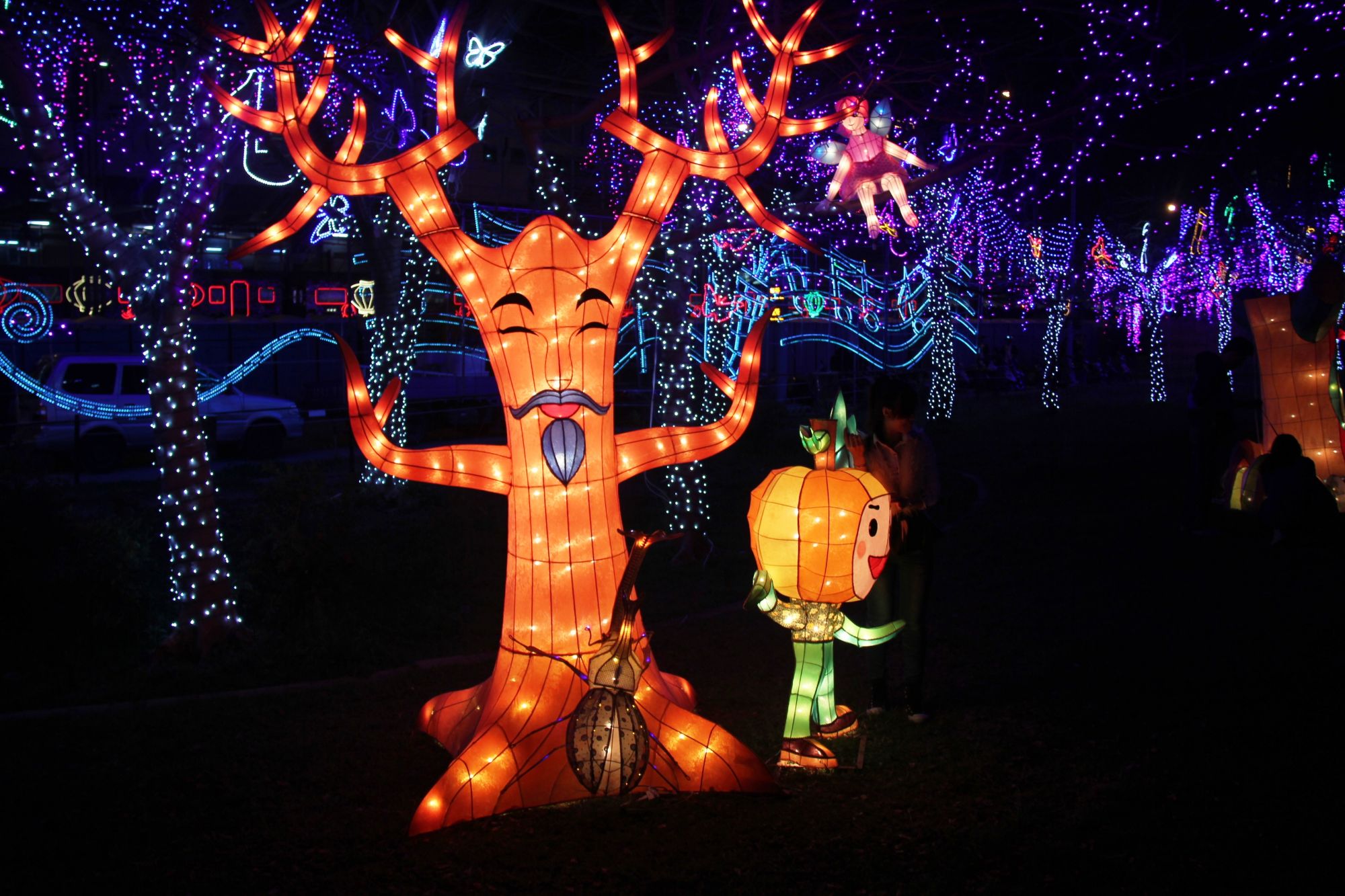 Over the centuries in China, sky lanterns had long been the tools for sending messages between towns and villages signalling defence warnings of impending attack, and temples embraced them to signify special religious events, but over the years the use waned until the Tourism bureau brought back the tradition in 1990 and the rest as they say is history.

Taichung City’s celebrations were a worthy climax to a few days of wandering around the island experiencing how other towns were indulging in their own lantern fest. One place in particular will remain long in the memory, Pingxi, a district of New Taipai City in the north of Taiwan. Once a significant but remote coal mining area, the citizens of Pingxi  used sky lanterns to show the rest of Taiwan they were safe and sound. 200 years on and the town is seen now as the sky lantern capital of Taiwan, where thousands of wishing lanterns are released adorned with personal messages written on them. 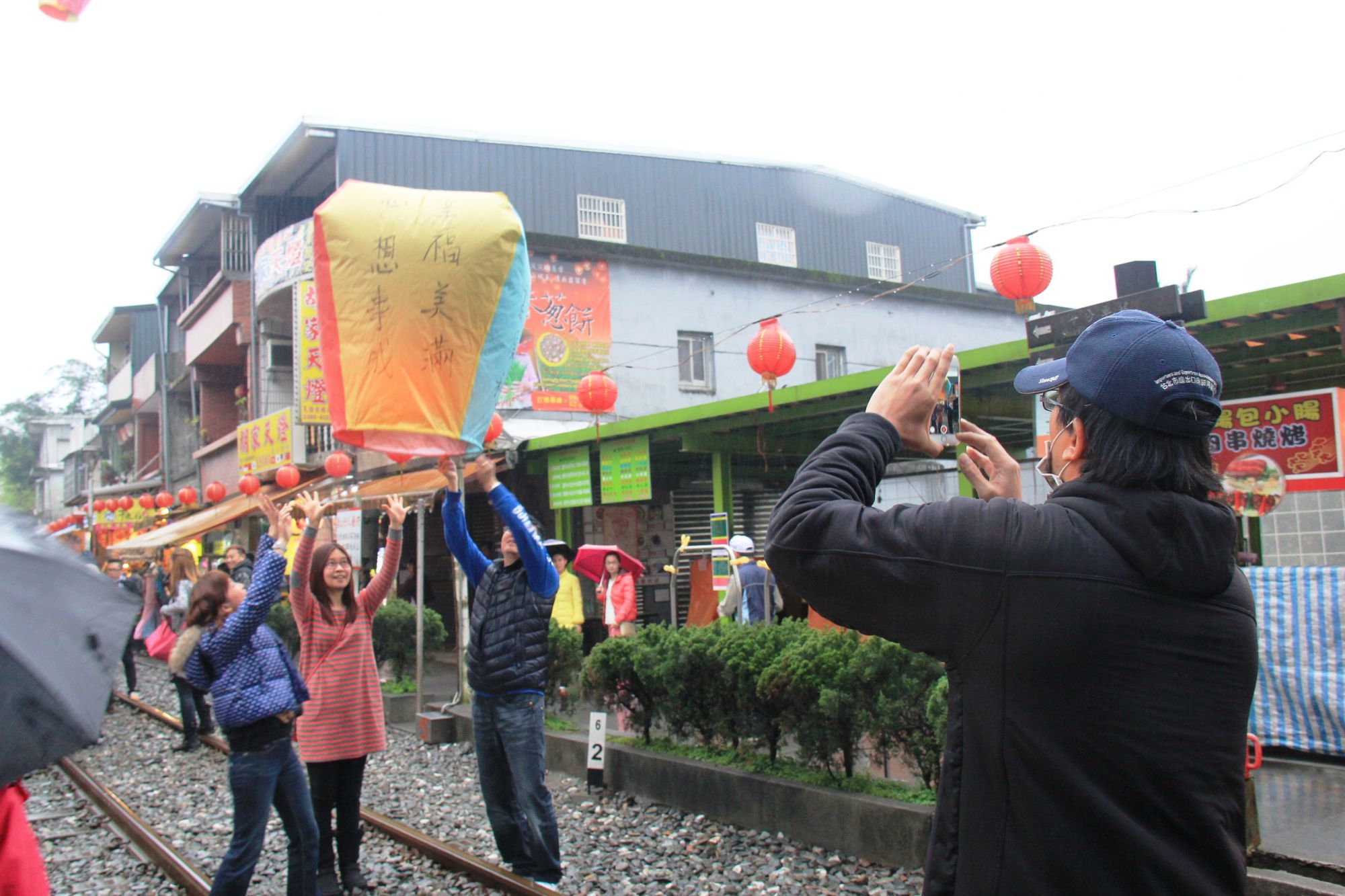 Enter Jimmy Lin the King of the Sky Lanterns. Jimmy and his 86 year old mum toiled for years to perfect the best type of lantern, one that would stay in the sky the longest and fly the highest and eventually they succeeded. Talk to anyone in Pingxi, even competitor lantern sellers and you’ll find Jimmy and his mum are revered. They still hand make their lanterns and sell them in their shop perched at the end of Pingxi’s railway track. 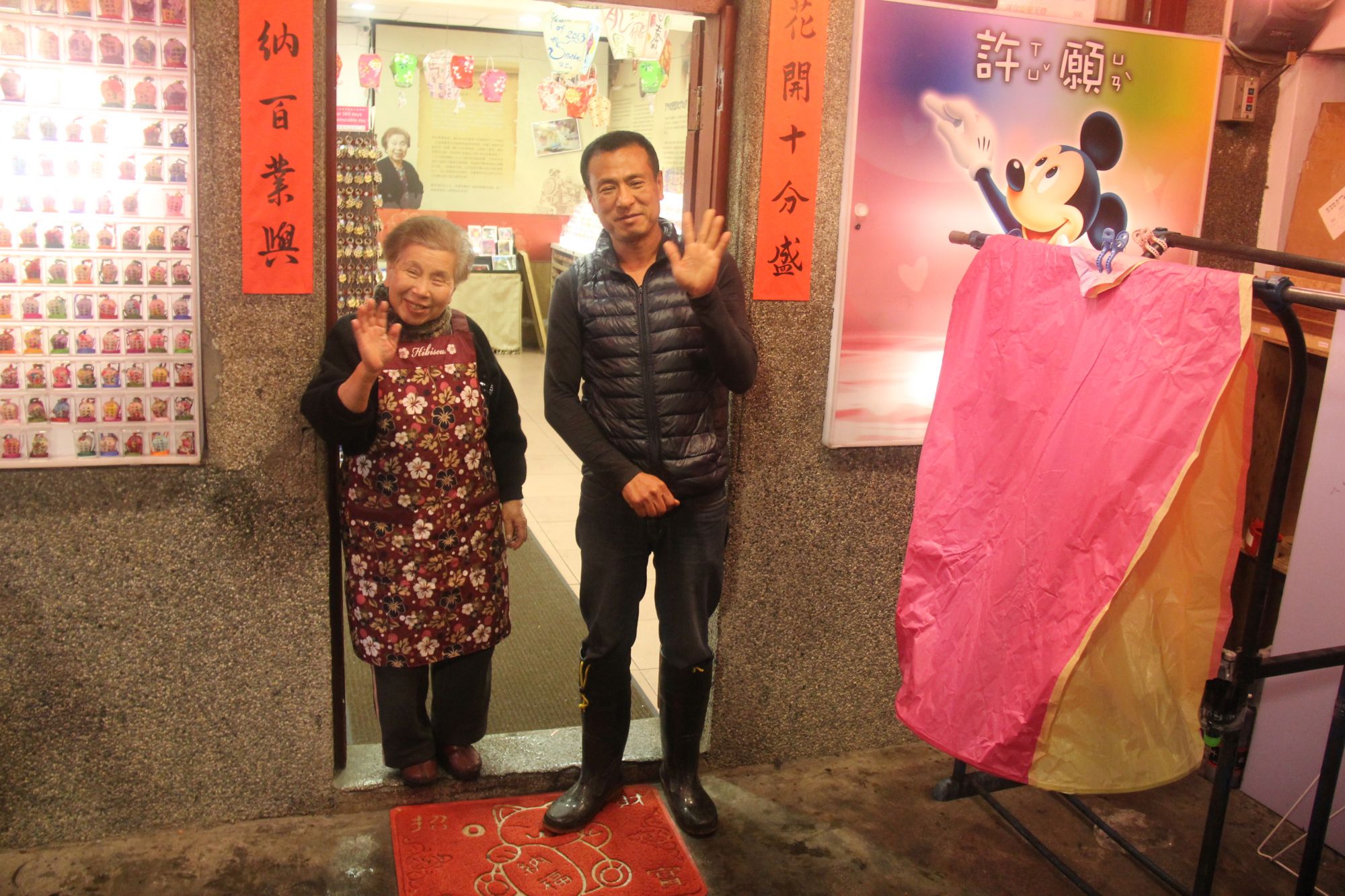 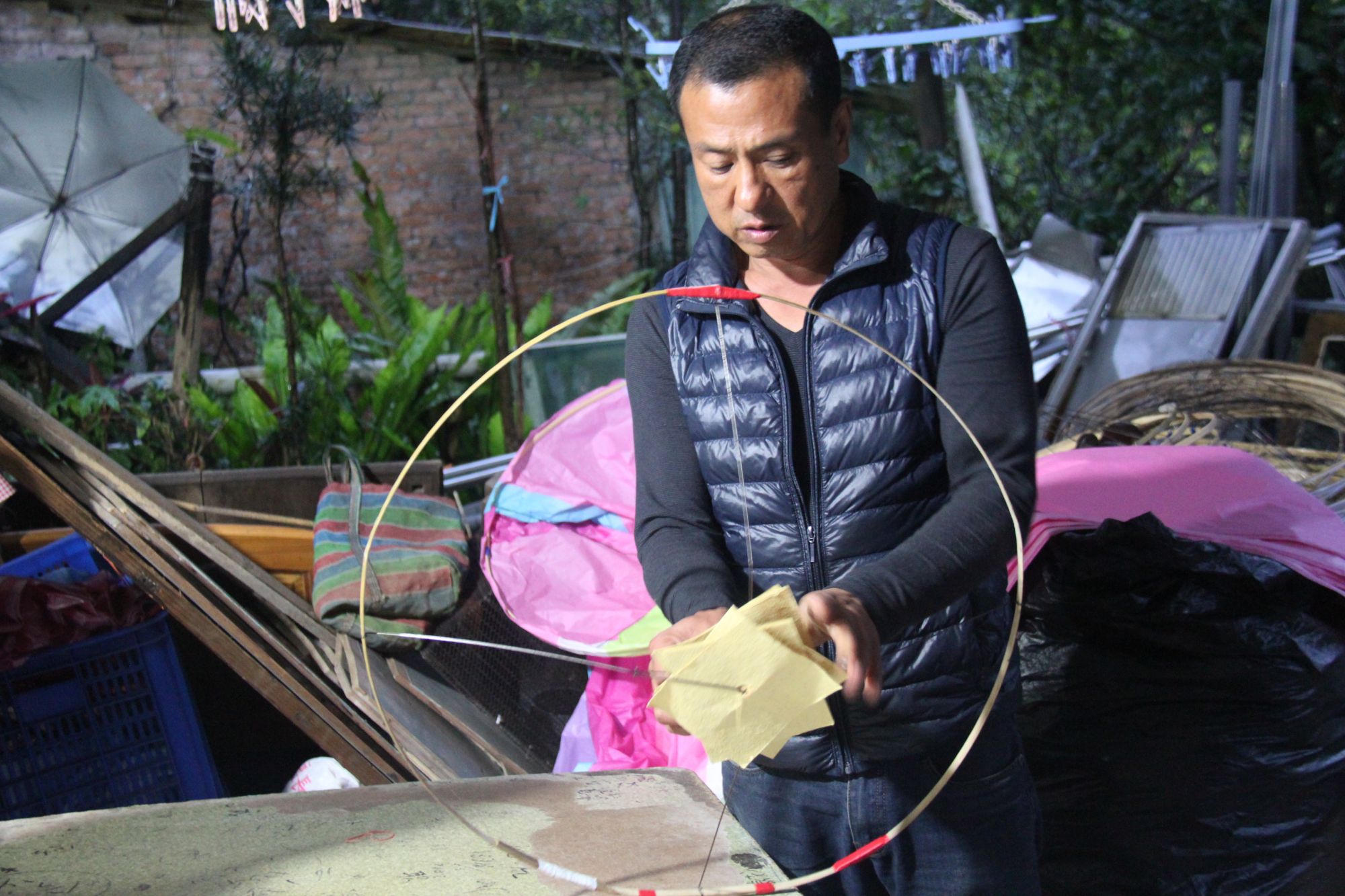 Come here during the Lantern Festival and you’ll find hundreds of people, friends and families,  writing their messages on the side of their lanterns before lighting the touch paper and letting them soar into the sky. Each one carrying a little bit of Jimmy’s love, passion and endeavour. Pingxi together with its neighbours, Shifen and Jingtong show a little bit of Taiwan history; a glimpse of what working rural life used to be like. The coalminers are long gone and these days the area has become a little touristic. Nevertheless, for me writing my own personal message and seeing it fly away was an emotional moment for sure. 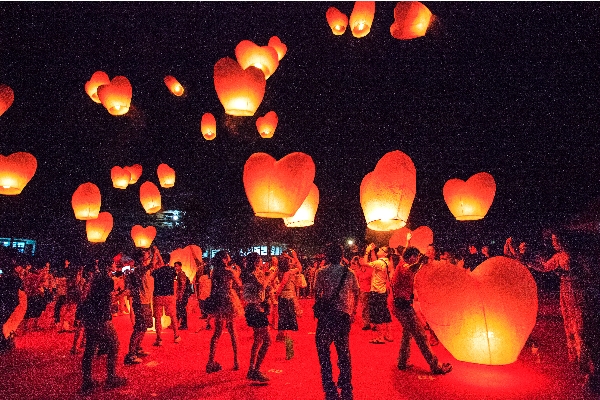 Back in the capital Taipai, I reflected on my lantern experiences sipping a glass or two of bubble tea, a Taiwanese institution from its origins in Taichung in the 1980’s. As the little tapioca pearls swirled around my tea I couldn’t help but think back to that giant golden ram lantern. He was smiling you know.

I want to visit the Taiwan Lantern Festival. How do I get there?. 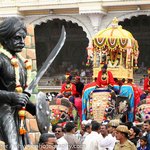