The Roman glory of Nîmes

The Occitanie region in the South of France is full of archaeological wonders and holds the secret of denim. Beverley Watts visits the area around Nîmes and is transported back through time

The Roman amphitheatre in the French city of Nîmes is simply spectacular. Unlike the Colosseum in Rome, the oval Arena is complete, exceptionally well preserved and still part of modern life. The likes of Elton John and Mark Knopfler now perform concerts in the majestic limestone stadium where gladiators battled it out for 20,000 roaring spectators in 100 AD.

Over the centuries, the Arena filled up with dwellings, storerooms and craftsmen’s workshops but these had all been demolished by 1812. Since then, restoration has been an ongoing project which is planned to continue until 2033.

The Romans ruled France for over 500 years and Nîmes has been dubbed the most Roman city outside Italy. To really feel transported back in history, every year the Great Roman Games take place, with chariot racing, costumed processions and weapon-handling workshops.

All around Nîmes you’ll see the palm and crocodile coat of arms. In 31 BC, Octavian defeated Antony and Cleopatra and took over the Roman Empire. The coin struck to celebrate was minted in Nemausus (as Nîmes was then called), with a crocodile tied to a palm tree, symbolising the conquest of Egypt.

The perfect place for lunch is Ciel De Nîmes because the restaurant’s large terrace overlooks the Maison Carrée, another ancient gem. This classical Roman temple with its Corinthian columns once dominated the surrounding Forum and you can learn more about the city’s remarkable archaeology at the wonderful new Musée De La Romanité.

On the museum’s rooftop (with free access) there’s a wild flower garden and a 360-degree view of Nîmes, a magical place still revealing new treasures. Undisturbed for 2,000 years, elaborately decorated Roman houses were uncovered during excavations for an underground car park in 2006, including a Bacchanalian mosaic.

Nîmes is a city for leisurely strolls and the Avenue Jean Jaures is a pleasant walkway with canals, fountains and shaded benches. The 18th century Jardins De La Fontaine is also an oasis with a path of cypresses leading to the Magne Tower, a watchtower that was part of the original Roman city wall.

Just half an hour away by car is the Roman Pont Du Gard aqueduct, a UNESCO World Heritage Site built to supply water to Nîmes. It was created with amazing skill by the Roman engineers without mortar, each stone precisely cut to fit. Elegant and 48.8 m (160 ft) high, it’s much taller than the road bridge added alongside in the 18th century.

The scenic banks of the River Gardon under the structure are ideal for rambling. You might spot beavers and kingfishers as you amble through the oaks, pistachio trees and beds of rosemary and thyme. It’s also possible to walk across the top of the Pont Du Gard if you join a group with a guide.

Saturday morning head to the pretty town of Uzès, formerly the Roman settlement of Ucetia. There’s a small market with local produce on Wednesdays in Place aux Herbes but on Saturday there’s everything French you could possibly want – mountains of olives, chunky salami, sacks of herbs, painted furniture, basket ware and denim bags.

The term ‘denim’ derives from the French ‘serge de Nîmes’ and the area around Uzès and Nîmes was long renowned for fabric weaving. Cotton twill was exported to New York by traders and Levi Strauss used it for the first blue jeans in 1873. Uzès grew wealthy from textiles and produced silk stockings until 1936.

On Sundays, there’s a flea market with collectables and on the third Sunday in January, the Day Of The Truffle is celebrated, with the highly-prized ‘black diamond’ tuber melanosporum.  One of the most expensive edible mushrooms in the world, the French black truffle’s special peppery taste is released during cooking.

Top tip: If you fly in and out of Montpellier, be sure to explore the medieval city. The main spice centre in France in the Middle Ages, it’s named after the Latin for woad, a plant used for blue dye. Montpellier’s Cathédrale St-Pierre, which looks more like a castle than the 14th-century monastery it was built to be, has a very unusual exterior. The two enormous rocket-like towers at the entrance make it appear it’s about to take off!

Try Le Pivé Gris rosé wine with duck breast at Le Vintage in Nîmes and tomatoes with burrata at Le Lisita. At Pont Du Gard, taste the ice cream at Les Terrasses, in Uzès enjoy sardines at Les Terroirs and in Montpellier dine on red mullet at Le Petit Jardin.

Tell me more about Nîmes and Occitanie

To plan your trip to this wonderful region of France, visit Nîmes Tourisme  Explore France

Rooms at centrally situated Appart’City Nîmes Arènes are from £78 per night for a studio sleeping two. Situated around a central courtyard, a twin room is priced from £60 per night at Hotel Le Patio De Violette, Uzès 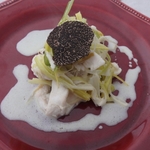 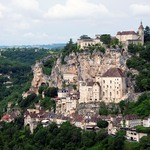