The Swan has been a focal point of Lavenham’s landscape for hundreds of years. And, like so many of her ancient neighbours, the years have left a lasting legacy on this remarkable Suffolk village. There’s a genuine feel to the half-timbered medieval cottages; the crooked floors and staircases and heavy oak beams a testament to the build quality that wealth bought to the village when it was the epicentre of the British wool trade through the 15th and 16th centuries.

Yes, the Swan’s prime position on Lavenham’s high street gives it its visibility, but it’s the old bird’s elegance and charm that has created the legend behind the name. The individual guestrooms, the AA 2 rosette Gallery restaurant, the impressive Weavers’ House Spa, the acres of comfy lounge space and the famous Airmen’s Bar, once the watering hole of many decorated aces during WW2 stationed at Lavenham US airbase, where many of their names were self-carved into the walls. 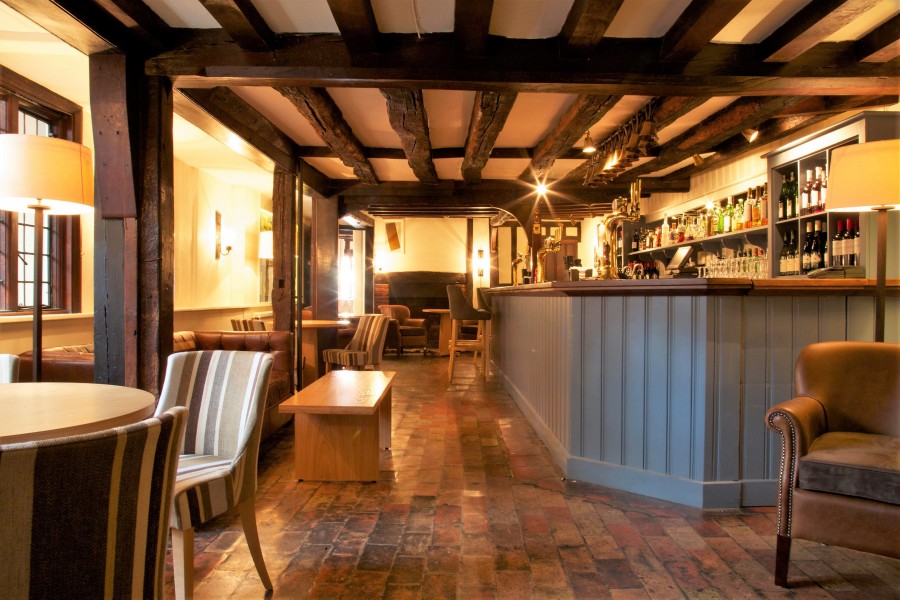 Luckily, I had landed the Churchyard Suite; the former bridal chambers which had a gloriously wonky lounge capped by a huge vaulted oak ceiling and a bedroom in the rear where I could fall asleep on a huge king bed listening to the soft coos of pigeons sitting in the rafters outside the leaded windows. Character literally seeping from every seam.

The bathroom was clearly designed for a wedding dress, spacious enough for two of them side by side and stocked with ample amounts of Temple Spa toiletries. 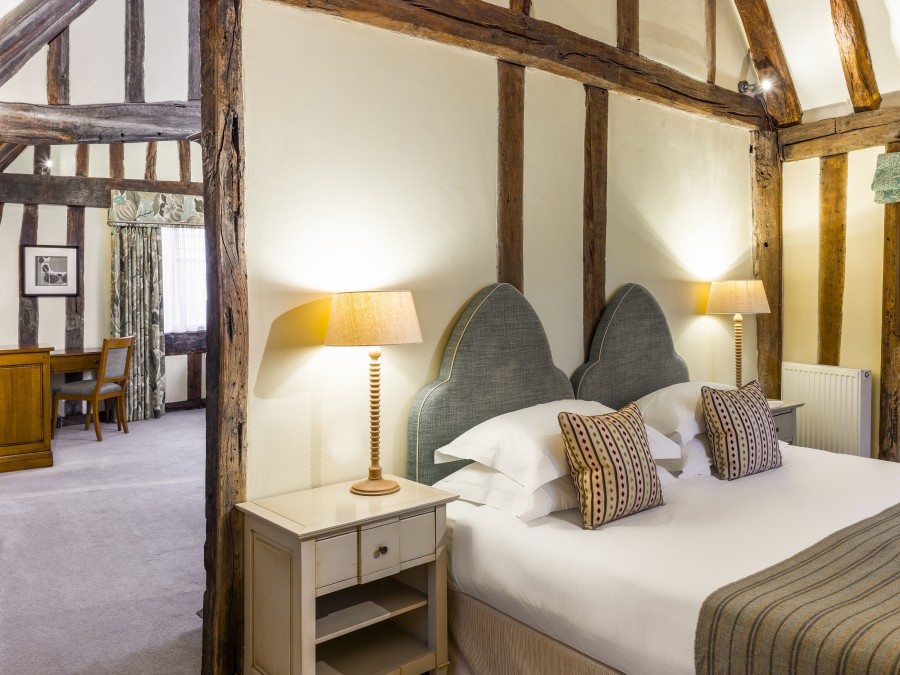 Speaking of spas, my 60 minute Drift Away massage proved to be a potent way of removing each and every stressful thought from my mind. Sophie, my therapist, was well-skilled in the art of selecting the type of essential oils that can work wonders on a body many have given up hope with. An electric water bed, warm oils, a choice of music and fresh eucalyptus were the tools of her trade. Outside in the garden, a 40-degree vitality pool was bubbling away, while I sipped a lemon sorbet shot in the quiet room afterwards. A state of the art facility that is, in fact, the exact opposite of everything else you find at The Swan. But that’s Yin and Yang for you. 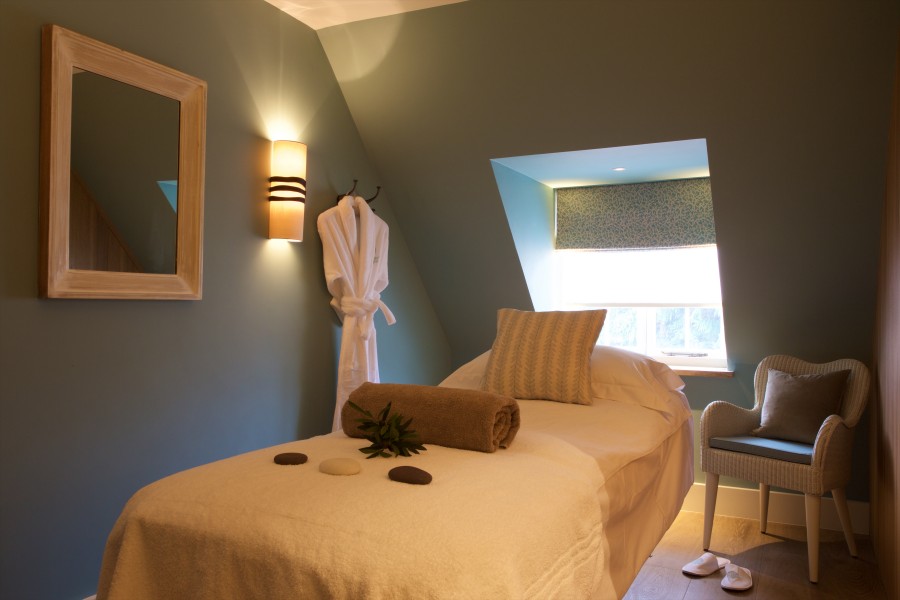 Back in The Swan dinner was calling from the Gallery restaurant. Another sumptuously beamed and vaulted room complete with Minstrel’s gallery, except this medieval banqueting space was cunningly built by former owners THF in the 1960s. As a homage to medieval England, it was blisteringly realistic. As a restaurant, it was simply excellent. Lorded over by head chef Aaron Gilbert, everything from the just-baked hot sourdough with basil butter to the choice of up to five courses was a true culinary journey. 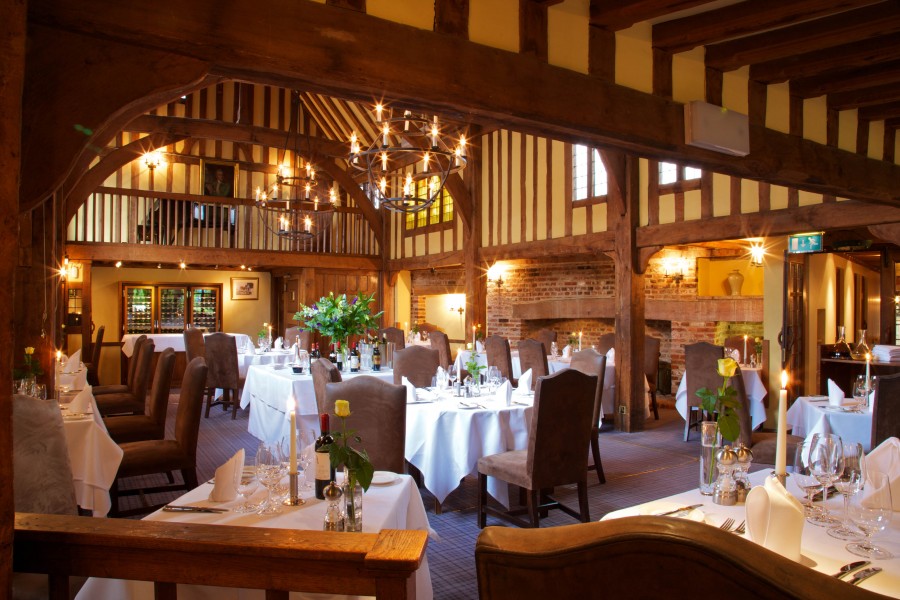 We kicked off with local asparagus, duck egg and truffle for Mrs M while I tucked into a memorable wild garlic and goat cheese panna cotta with a sourdough base. Just in season, the asparagus was crispy and the duck egg creamy.

Lobster cannelloni with watermelon and white butter followed for the missus, an unusual combination that worked perfectly. My pork confit with red onion and sultanas was melt-in-your-mouth perfect with a super mustard kick. 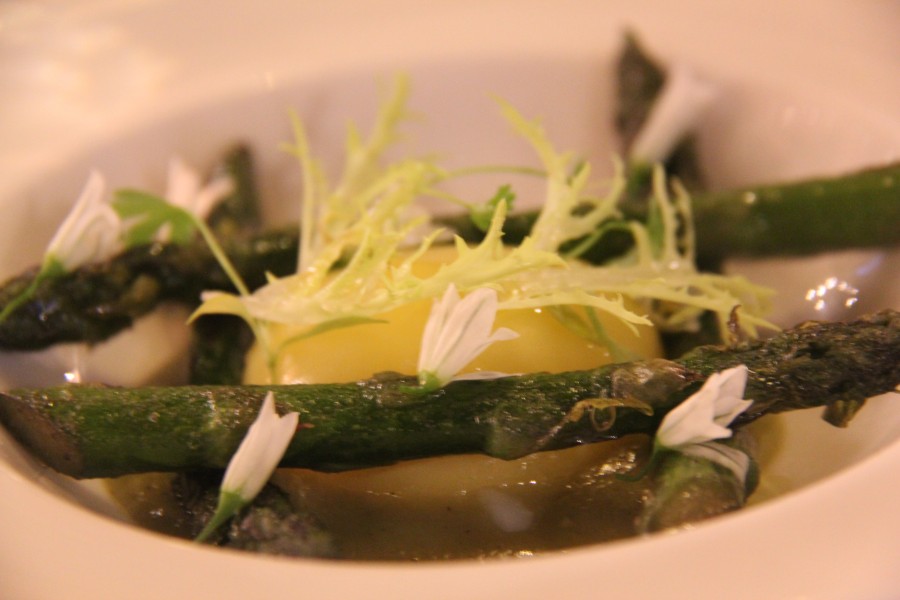 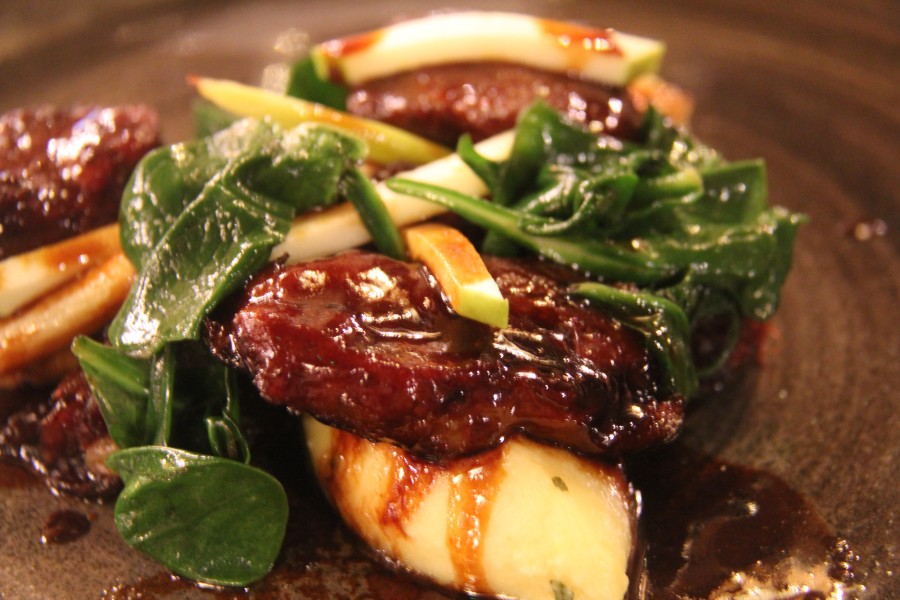 The service was relaxed and informal with a cast of characters who proved to be both entertaining and quietly efficient. Our English waiter – Henry – discreetly revealed he used to be a private butler in France. Naturally, Mrs M and I spent the next hour discussing all kinds of scenarios that could have led him to this quiet corner of Suffolk.

Sadly, we never did find out the real reason.

Lavenham is well worth a weekend to wander around its 340 listed buildings: the lime-washed Corpus Christi Guildhall, the market square (where John Lennon and Yoko Ono filmed Apotheosis) De Vere House which was used for Harry Potter’s birthplace in Deathly Hallows, Shilling Old Grange where it is said Jane Taylor wrote twinkle twinkle little star and all the crooked houses which inspired the nursery rhyme there was a crooked man. You can wander the many antique and artisan shops (I bought a couple of huge goose eggs in the local butcher) and stroll the Lavenham to Long Melford railway walk. 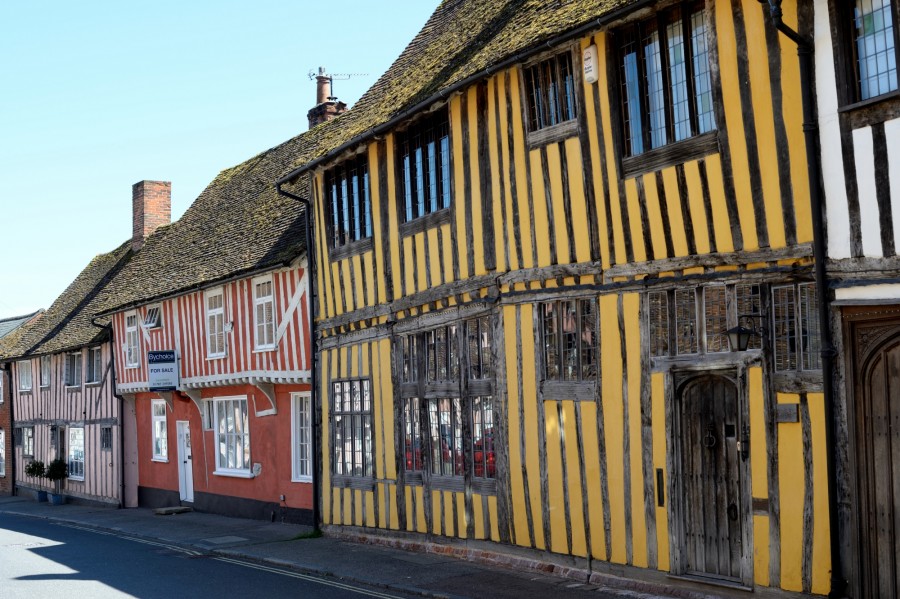 You must also make time to visit nearby Bury St. Edmunds which is well worth a detour, particularly the Abbey Gardens and the Greene King Brewery.

The Swan does not take its legendary status lightly. All too often it’s the property that is the draw with service taking a back seat. Not here. The Swan ticks every box for me.

Tell me more about The Swan at Lavenham

Rooms start from £130 per night for two sharing including a full Suffolk breakfast; dinner from the a la carte menu is from £40 per person for three courses, £50 for four courses or £60 for five courses. Overnight guests have a complimentary two-hour session with the use of the facilities in Weavers’ House Spa including the sauna, steam room, outdoor vitality pool and relaxation lounge. The Drift Away massage is priced at £74 for 60 minutes.

For information about other things to see and do in Bury St Edmunds visit www.burystedmundsandbeyond.co.uk 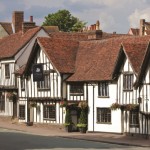 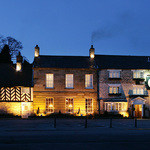 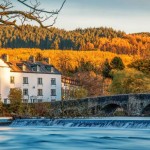