“Going to The Walnut Tree then” said Jed our taxi driver. “Best restaurant in Wales that is.”  That brought the anticipation in the car up a few notches as we sped through the Abergavenny countryside at light speed.

The one Michelin star Walnut Tree Inn has attained legendary status in Llanddewi Skirrid a hamlet just a couple of miles outside Abergavenny, Wales’s foodie town.  It’s run by celebrated chef Shaun Hill, whose former one Michelin star restaurant The Merchant House in Ludlow had its own legion of admirers. 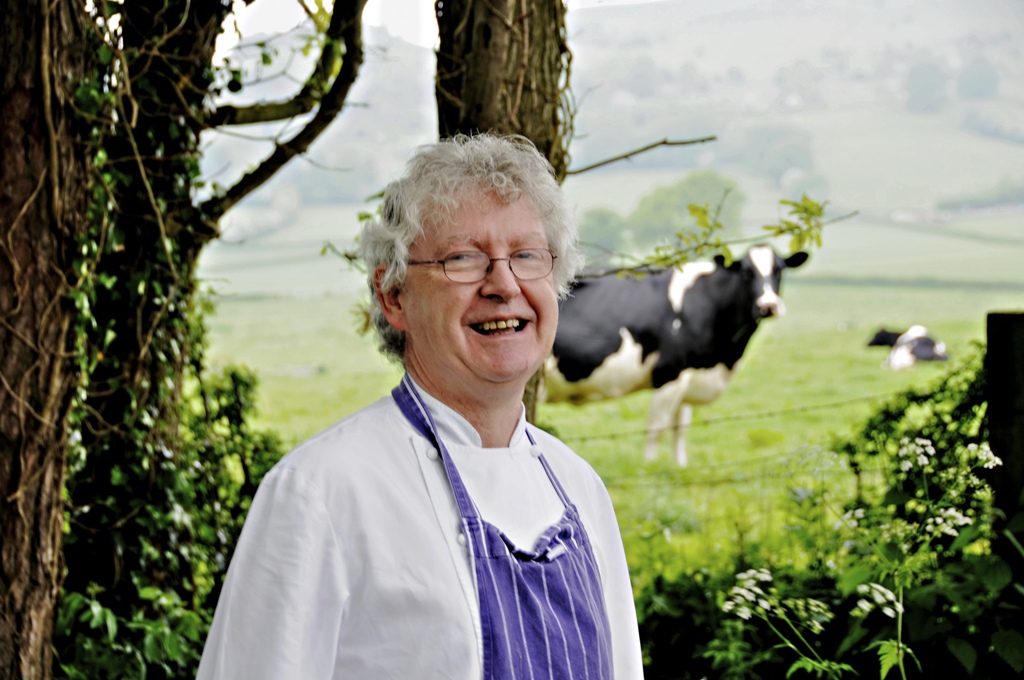 We got out of the cab thankfully unscathed and as we walked in the restaurant, it felt more like entering your favourite country local than a feted Michelin eatery. A rustic bar covered on one side by diners huddled around small tables like a Sunday lunch crowd and two lovely ladies behind the bar welcoming us and pouring glasses of wine for customers at the same time.
It was all so surprisingly unpretentious, I felt myself falling in love.

“Your table will be ready in a minute Mr. Mossack, in the meantime have a munch on these.” An amuse-bouche plate of cod croquettes with saffron mayo materialised, partnered by our requested pre-dinner drinks. 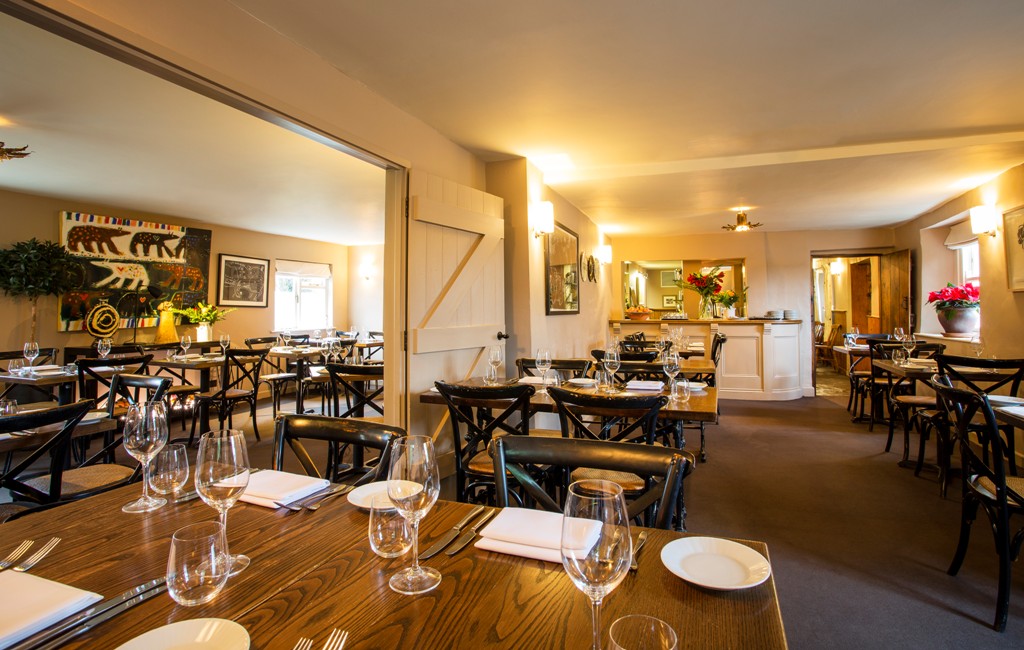 That said, the main room was still a pretty cosy farmhouse-style place, rustic with pale coffee coloured walls, wooden furniture sans linen and a bit of shrubbery here and there. All very un Michelin-like it has to be said. Of course, this was the point where any further pub comparisons were futile because the food and the service were simply sublime.

After a lengthy debate with our two bar damsels between the merits of an Innocent Bystander Pinot Noir 2016 versus a Yealands Marlborough Pinot Noir 2015, (The Yealands (£34)  won)  we tucked into our starters. 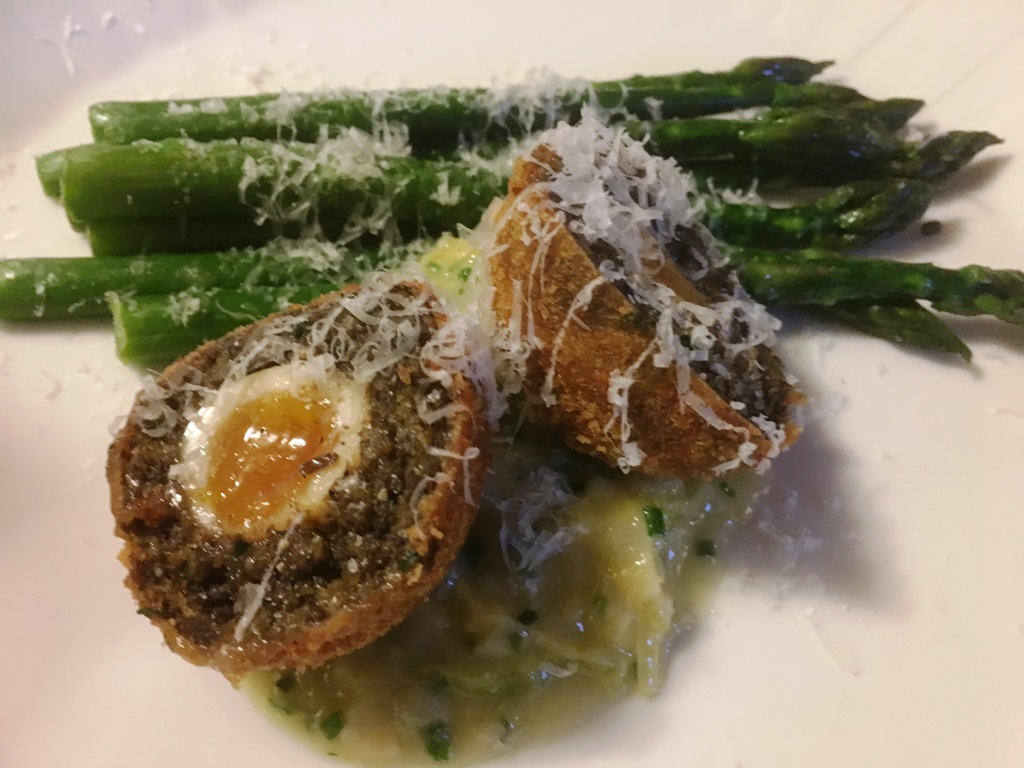 With a couple of special on offer, I took one; an outstanding chicken and veal boudin with petits pois à la Fançaise  (£12) perfect sausages  on a bed of shallots, cream and peas. Mrs. M enjoyed some sensational Wye Valley asparagus with a mushroom scotch quails egg (£12). Other notable options were monkfish with tomato, chilli and garlic (£13) and scallop and john dory bourride (£16)

The Yealands was going down a treat, and all was becoming clear as to Hill’s penchant for collecting Michelin stars. The food and service was speaking volumes.

The mains caused more discussion than the wines. At one time the squab pigeon with pastilla and tabbouleh (£26) was a clear favourite with halibut and a lobster raviolo (£30) not far behind. In the end though, a half a rabbit with its own pie (£25) and an equally generous rack of lamb, sweetbreads, artichokes and broad beans (£27) won the day. I also had a cheeky side of delicious Jersey Royals  (£4) just for the hell of it. 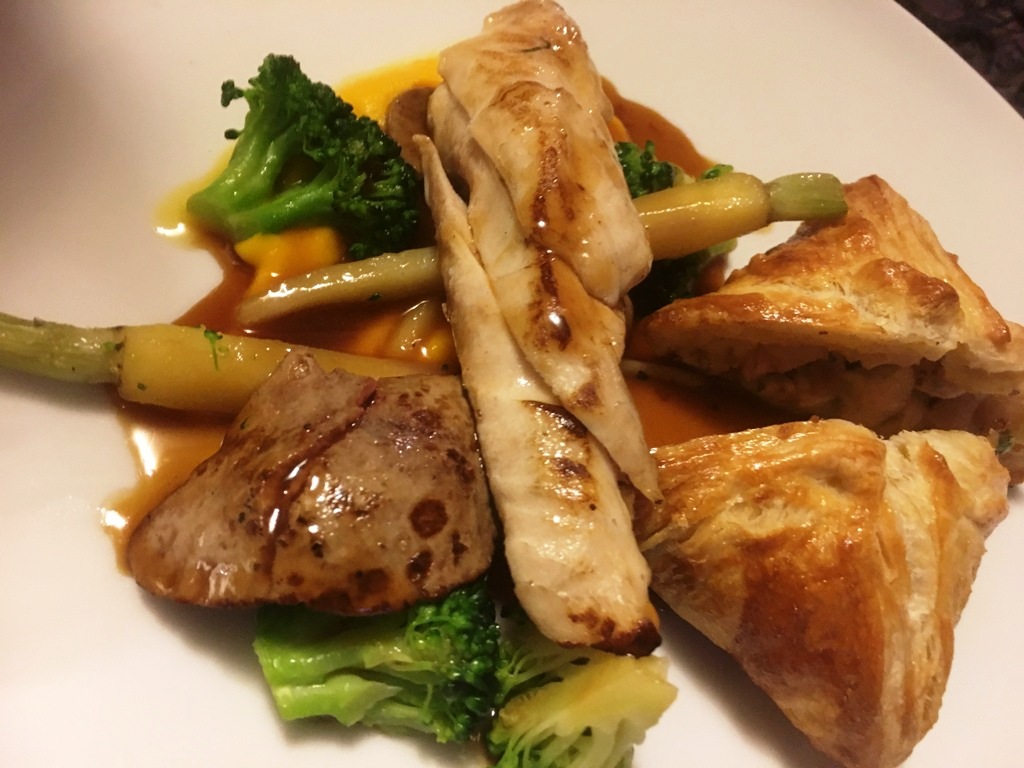 By now, even though it was a Saturday night and only coming up to 10 pm, the restaurant was fast divesting itself of very satisfied patrons. “Absolutely no rush, but if you wanted to pick a pudding, the lemon verbena pannacotta with raspberries is to die for ” our returning bar damsel explained.

She wasn’t wrong about the Yealands, so the lemon verbanna (£9) it was for Mrs. M and a pistachio cake with peaches and rosewater ice cream (£9) for me. Both didn’t disappoint in any way, but I have to admit dessert envy with the lemon pannacotta  indeed to die for. 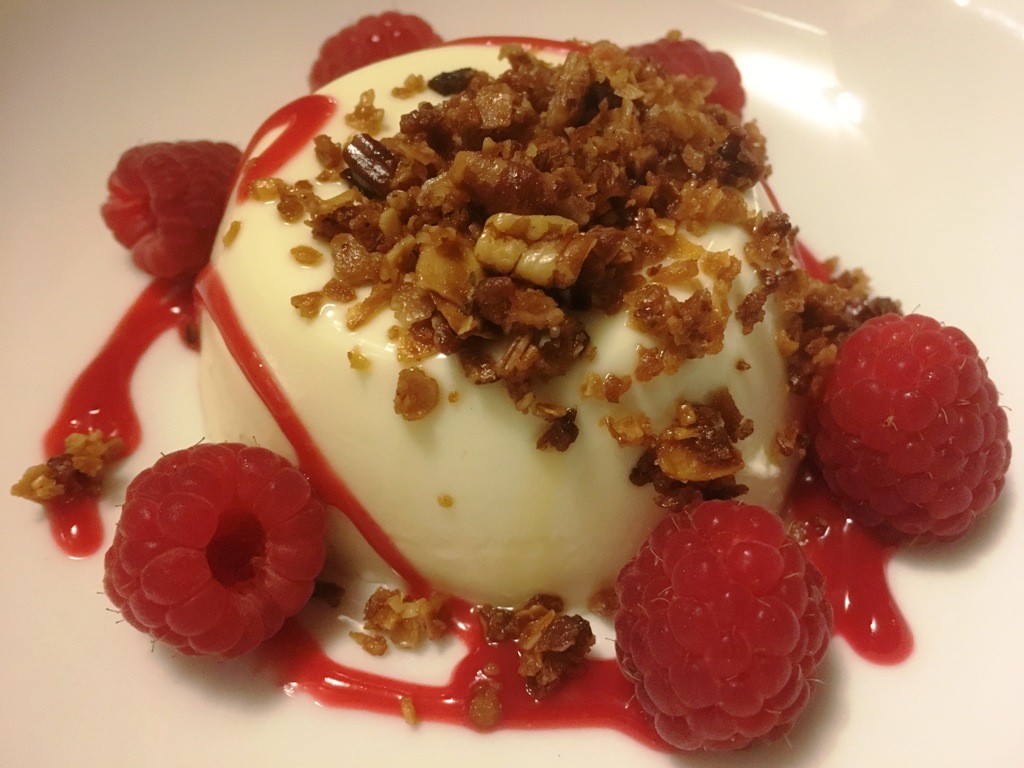 Twenty minutes later in the same taxi travelling at warp speed back to The Angel Hotel in Abergavenny, Jed doesn’t mince his words ” Told you didn’t I. You won’t eat better in Wales.”

Jed, aside from being a very fast taxi driver, turned out to be an excellent restaurant critic. The Walnut Tree is a shining example of how to deliver informal but truly outstanding dining. A worthy Michelin star performance from Shaun and his team.

Tell me more about the Walnut Tree Inn 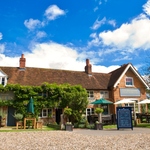 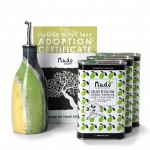 Adopt an olive tree and enjoy a creative cruet for Christmas 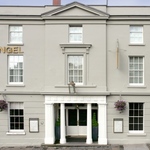 2 thoughts on “The Walnut Tree”