“I’ve never been to Budapest but I feel that I know it intimately from all the NATO briefings,” said a retired army officer as we sailed on our Danube Highlights river cruise from Vienna to Budapest.

We had just completed our introduction to Budapest. Though Suzanne had focused on Budapest’s cultural charms rather than as a target for NATO military operations during the Cold War.

Yet, Suzanne still planned a three-pronged passenger attack on Budapest. The A-ROSA Donna carries bikes (and helmets) for passengers keen to explore on their own. Alternatively, passengers can independently make use of Europe’s second oldest underground system. Though, with hilly Buda west of the river and flat Pest on the east bank, it’s a big city probably best visited with the coach tour that A-ROSA organise.

The sun deck is the only place to be for the arrival into Budapest with its dramatic skylines, particularly when the crew serve a glass of Hungarian wine and a traditional Hungarian pastry as a welcome. Budapest is one of Europe’s grand capitals. A city that had grown wealthy on the trade of corn, salt, wine and other commodities along the Danube for over a millennium. River tolls had funded the splendour of its architecture. 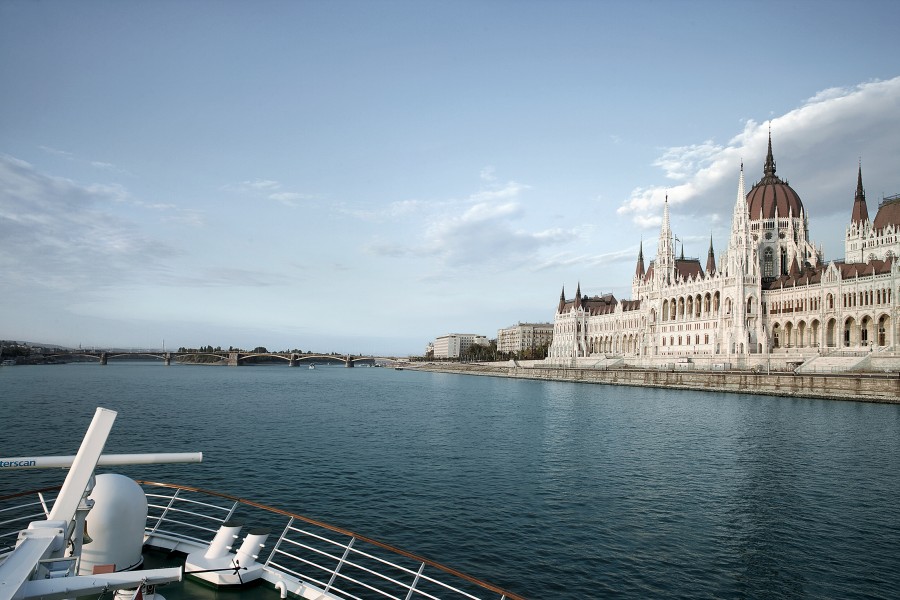 Today 180 boats, with more under construction, cruise the Danube bringing new wealth to a city that just over a century ago was part of the Austro-Hungarian empire.

Budapest has not always welcomed guests so warmly. When the Pope appointed Gellért as Bishop of Csaná in the 11th century, the local heathens were less than impressed with Christianity. They crammed Gellért into a barrel at the top of Buda’s hills and sent him rolling down into the Danube. Looking on the bright side he was later canonised and is now respected as St Gellért.

Christianity continued to face opposition. Ottoman Muslims invading in the 16th century had no time for Christian worship either, they used Matthias Church as a Mosque. Today the church, by the side of Fisherman’s bastion, with superb views over the Danube, is a favourite wedding venue.

When the Ottomans arrived they were delighted to discover over 100 hot springs in Buda, perfect for their hammams. The tradition of the hammam is still thriving in Budapest. One is even named after St Gellért. 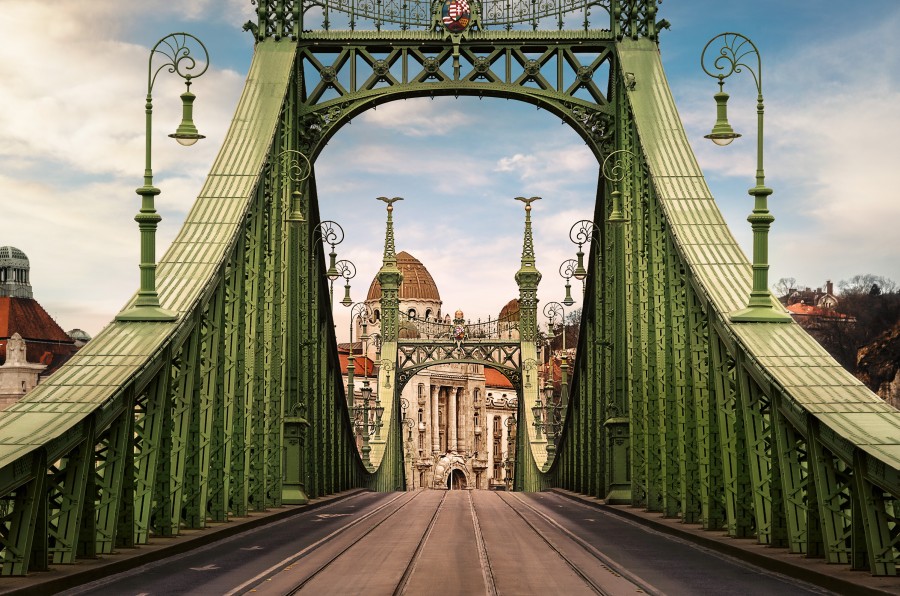 It’s the more recent occupations of first the Nazi army and then Soviet troops which occupy local minds. For older Hungarians, the Soviet’s brutal repression of the 1956 Hungarian Revolution, when 2,500 Hungarians died, is still within living memory. Scarred bricks provide evidence of the many bullets fired.

Our guide remembered being taken to the old-style May Day parades of Soviet military might, “There was plenty of free food and drink to keep us there,” she said. More patriotically she remembers June 19th 1991. That was the last day the last Soviet soldier left Hungarian soil.

Clearly, she is no fan of the Soviet occupation irreverently referring to the Liberty Statue – ironically erected by the Soviets in 1947, high in the Buda hills, to commemorate those who lost their lives freeing Hungary from Nazi occupation – as “the world’s biggest corkscrew.” 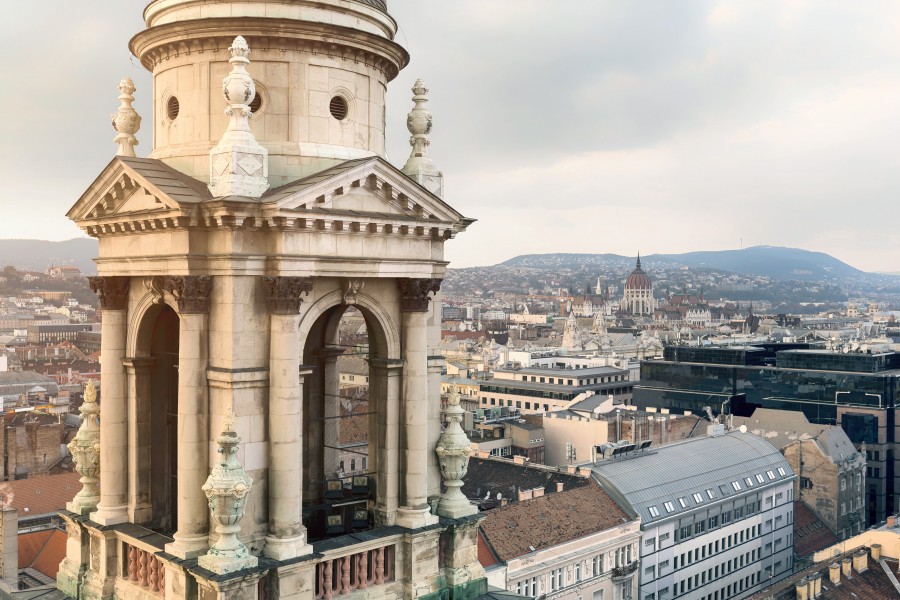 Though free Budapest has its problems too. A growing economy brings traffic congestion, in the top hotels you can pay 25 Euro for a coffee (though Hungary’s currency is forints) and now there’s an invasion from the west.

“But surely Budapest would rather put up with stag and hen parties than see the return of Russian tanks?”

“Oh yes,” is the rapid answer.

Heroes Square shows that the Hungarians prefer their heroes from an earlier age. A collection of epic statues celebrates the leaders of the Magyar tribes who unified their lands to create the nation of Hungary. In 1896 a grand exhibition celebrated Hungary’s thousand years as a state and Heroes Square was created. For Hungarians, 96 is a lucky number. Even the Parliament, modelled on the riverside Gothic facades of London’s Westminster, is 96 metres high. 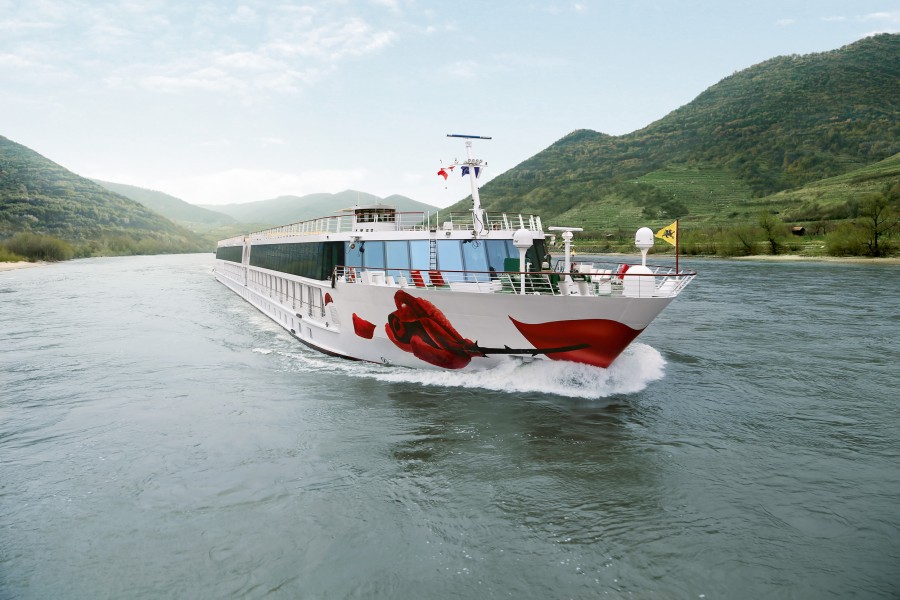 Back on the A-ROSA Donna, the Budapest theme continues with a culinary celebration of Hungarian cuisine. While the ship heads back west towards the next stop of Bratislava, of all the dishes available, appropriately it is the goulash which proves the most popular.

Shearings Holidays  A 9-day ‘Highlights of the Danube’ river cruise aboard MS A-ROSA DONNA in May 2020 is priced from £1929pp to include return flights, seven nights all-inclusive cruise on MS A-ROSA DONNA, two excursions (city tours in Vienna and Budapest), the services of a dedicated Shearings Cruise Manager onboard plus overnight stay in Munich. Based on two sharing. 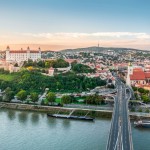 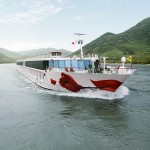 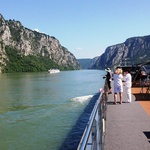